Stags’ boss John Dempster has delivered his post-match verdict on today’s 2-0 defeat at Sky Bet League One side Shrewsbury Town in the Emirates FA Cup.

Mansfield were given a good opportunity to make the Third Round of the competition after Shrews’ captain Oliver Norburn was shown a straight red card on the hour mark, but late goals from Josh Laurent and Brad Walker sealed victory for the hosts.

Speaking after the match, the Stags’ manager analysed the defeat.

“I think after the hour, we weren’t good enough,” he told iFollow Stags. “You expect to dominate the ball and create more chances when you’re up against ten men and we did the opposite.

“It’s happened too many times this season when we’ve been in the ascendancy and played reasonably well, and either drawn or lost, which is unacceptable.

“[We wanted] to dominate the ball [when Shrewsbury went down to ten men]. We ended up going 4-4-2 so we could get more bodies up the pitch.

“We were hoping to get more crosses into the box but it didn’t happen and that’s been the story of the season so far. The buck stops with me – I’m responsible for how the players are set up and how they perform, but the players have to look at themselves in the mirror as well.

“Some of the individual performances in vital moments in games haven’t been good enough. I go home and look at myself in the mirror and it’s important that other people do as well. 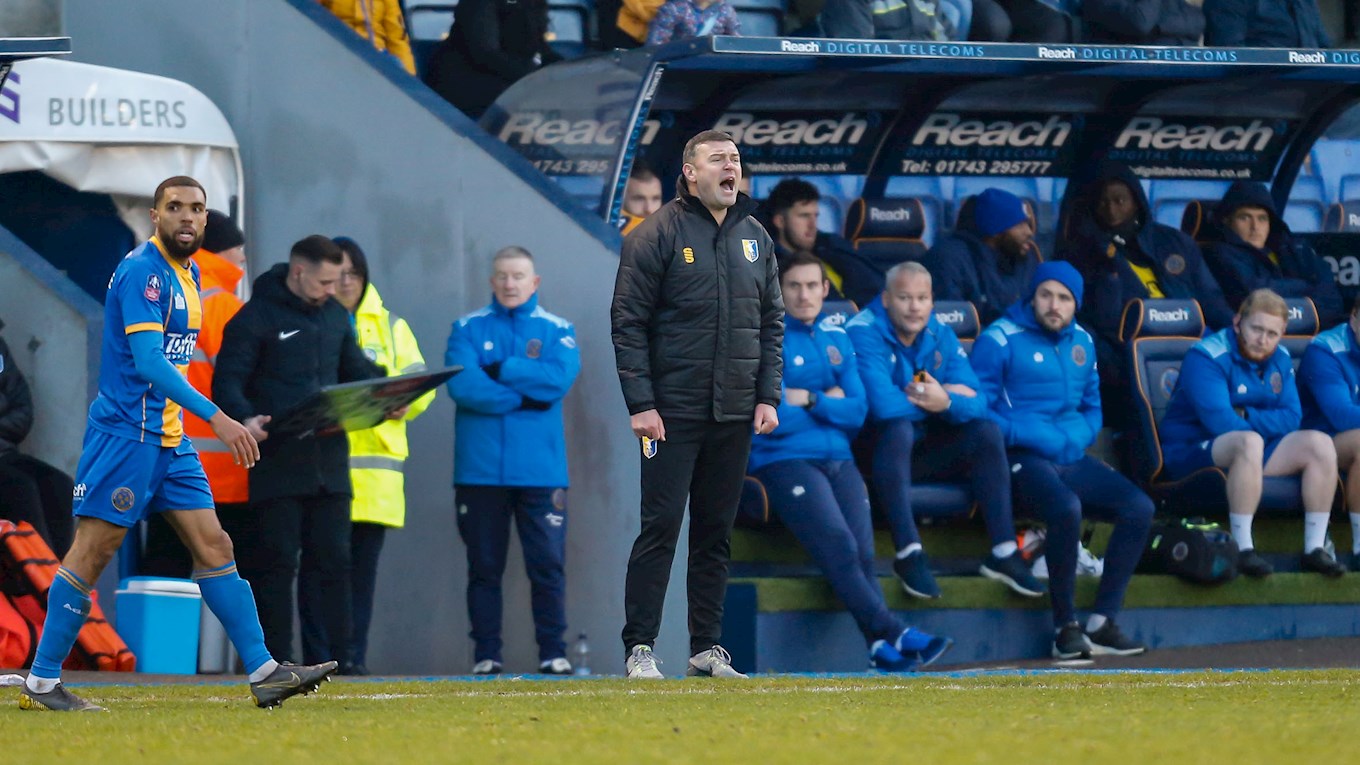 “We’re out of the FA Cup and 15th in the table – the potential that the players have is greater than that. It’s my job to get that potential out of them, which hasn’t happened.”

John Dempster then added that there is ‘no hiding place’ after the nature of today’s disappointing loss.

“The goal killed us. We were in the ascendancy and putting a ball in the box – first of all the delivery was poor and the reaction after that, I expect my players to sprint back as fast as they can and stop any counter.

“They got a goal and their tails are then up. We committed a cardinal sin in conceding the second.

“For an hour, we were probably the better side, but it’s a 90 plus minute game and we’ve fallen well short. 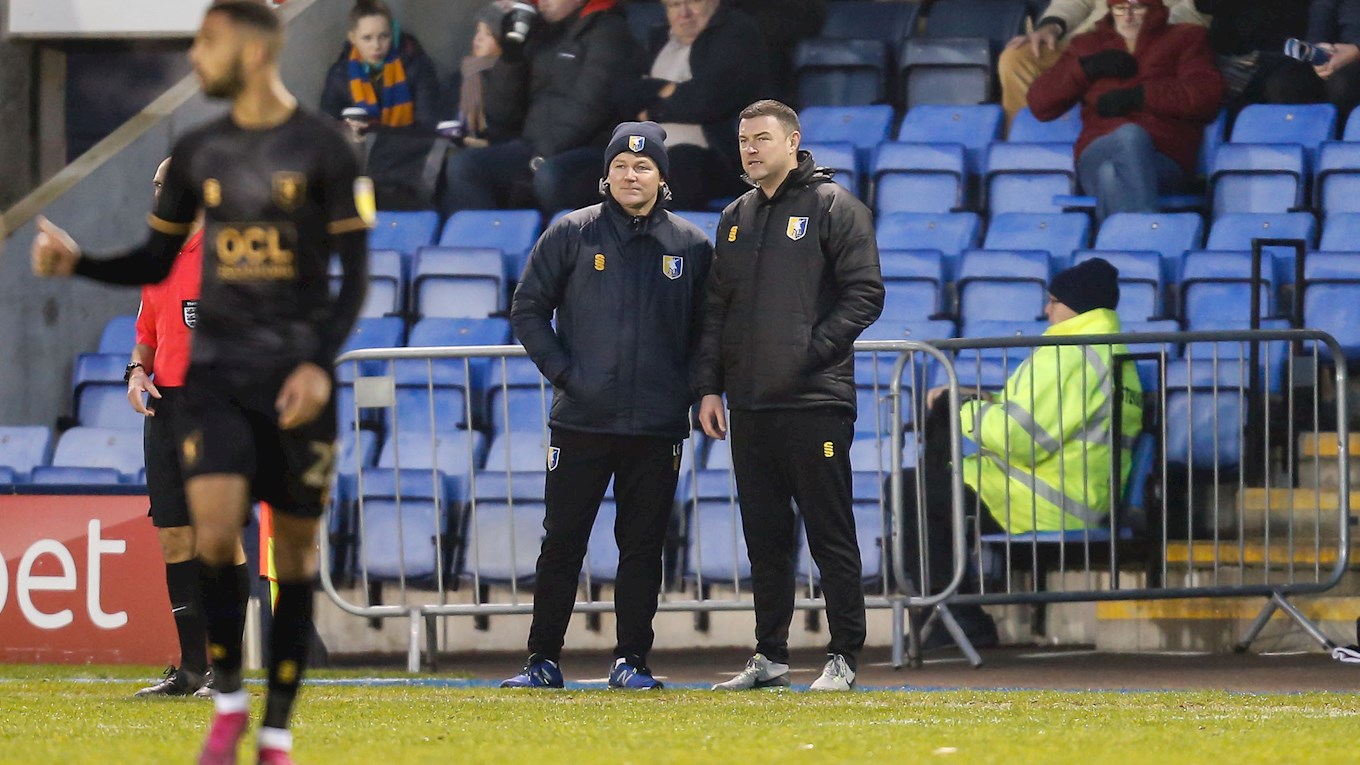 “We thought it was a great opportunity before the game, never mind after they had a man sent off – we came here looking to win.

“At times, I thought we were the better side, but over the 90 minutes you can’t hide away from the fact that we’ve lost 2-0 and had half-an-hour with 11 versus ten. There’s no hiding place.”

Despite the defeat this afternoon, the manager has urged his charges to respond positively.

“The players have to look at themselves and ask if they are performing to the best of their ability. I’ll keep looking at myself and working hard on the training ground.

“We’ll be back in training on Monday and will go again – there’s no other option in football. You have to react positively to disappointment.

“But I’m not hiding away from the fact that I’m absolutely gutted.”