Stags’ boss John Dempster has reflected on a ‘real battle’ between the Stags and Macclesfield Town, while praising his side’s defensive display at the Moss Rose.

Neither side were able to find the net in a tight contest despite the amber and blue carving some good goalscoring opportunities.

The manager, speaking to iFollow Stags post-match, praised the effort and endeavour on show from his players.

“I think one thing was clear – both teams put an absolute shift in,” he began. “There weren’t many chances either way. We had a good opportunity in the second-half when Nicky [Maynard] went clean through.

“Other than that, both goalkeepers weren’t really worked. It was a hard afternoon – it’s clear that Macclesfield are fighting for their lives.

“It was a real battle and our players stood up to it. It was unfortunate that we ended up with ten men [after Danny Rose’s injury following all three Mansfield substitutions] but I think two months ago we lose that game.

“I thought the players were a credit for the way they defended in the game. Matt Preston got a couple of whacks on the head and got back up, and it was a good performance from KP [Krystian Pearce] as well, who has come back into the team.

“The positives were mainly with the defenders today, but every single player on the pitch put a shift in. That’s all you can ask for.

“We win, lose and draw together and today we take that point. In the end, I don’t think it’s a bad point because we ended up with ten men. It was backs to the wall a little in the last ten minutes, but we dealt with it and showed a lot of heart. 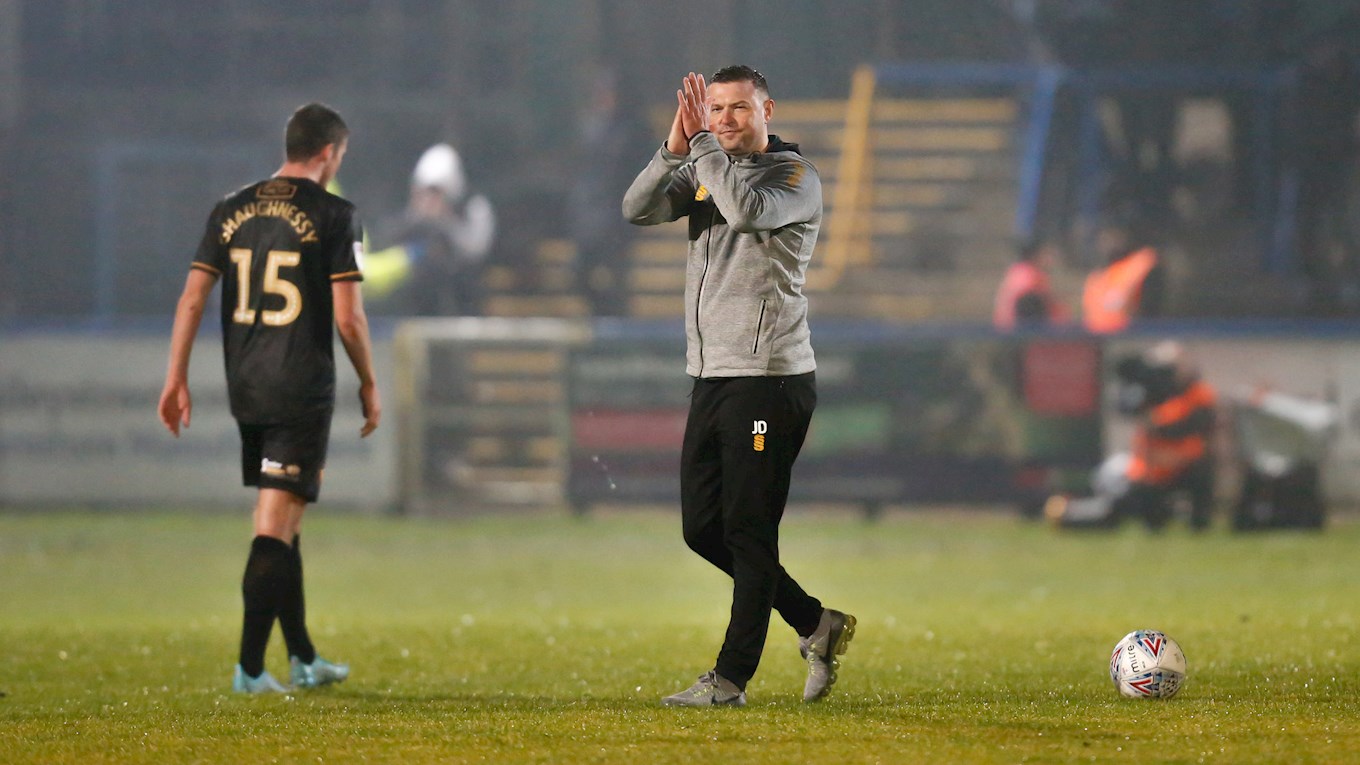 “The players have put a real hard effort in today and that’s what you ask of the players. We’ll take the point.”

John Dempster also made sure that his side did not ‘underestimate’ today’s opponents, adding: “We prepared for the game like we would any – we knew they were going to be full-strength. The team they played on Wednesday was a strong one, so we knew if the game went ahead they’d be full-strength.

“They’re doing well in the league under difficult circumstances. You could see that they’ve got physical players and players who have played higher than this division.

“To my knowledge, Macclesfield trained in the early part of the week and played on Wednesday. They didn’t train on the Friday, but generally a Friday session is light and short. 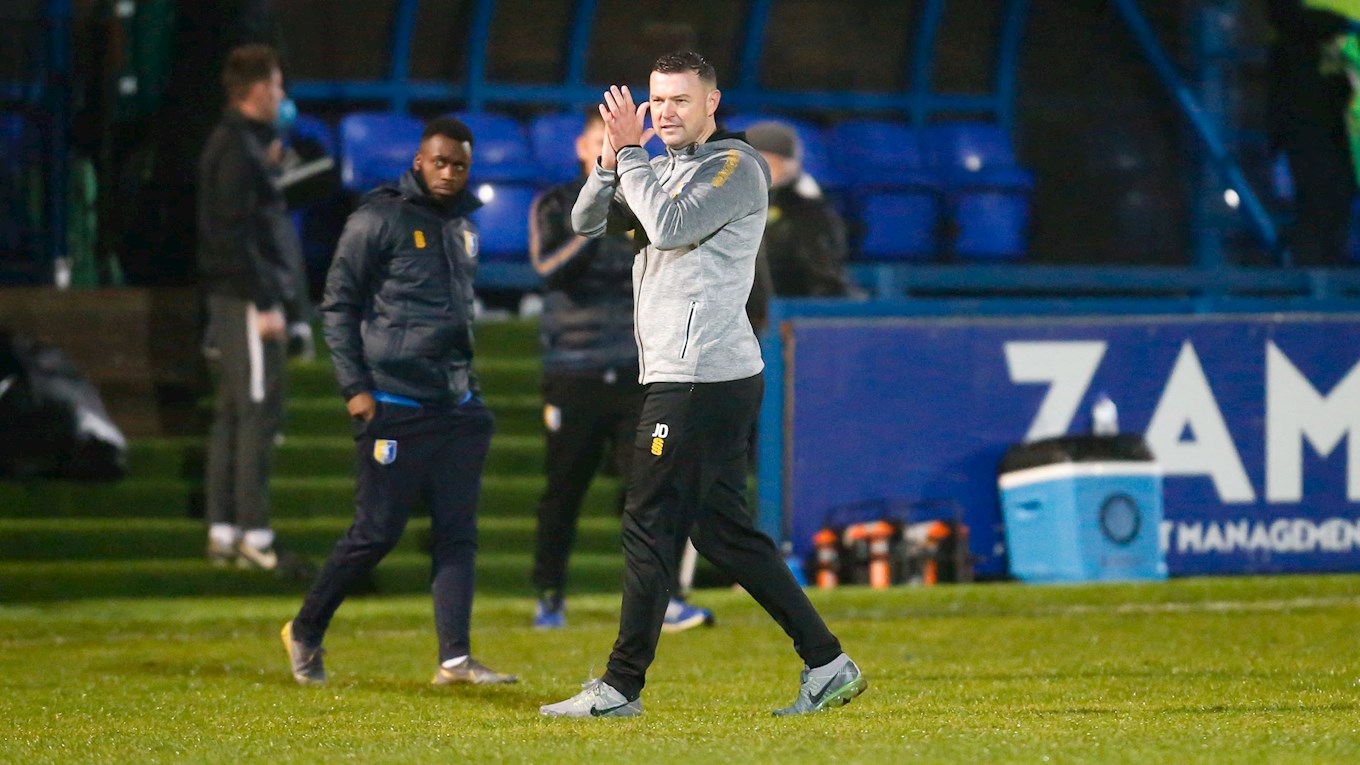 “We made sure that we didn’t underestimate them. They have some experienced players and a good young manager.

“They’re in difficult circumstances and we wish them well. We hope that they come through this and it makes you grateful for the predicament we’re in – because we have very supportive owners who have backed the football club and have backed me.”

After the Stags were reduced to ten men late in the game due to Danny Rose’s injury, the boss offered an update on the striker’s welfare.

“He [Rose] has tweaked his hamstring. We’ll assess him and hopefully it’s not too serious.

“He felt it straight away and you could see that he couldn’t continue. We didn’t want to make it any worse.

“It made the task even more difficult because we had to play the last ten minutes with ten men. But the boys saw it through and it’s a point on the road with a clean sheet.”