Manager John Dempster has delivered his post-match verdict from today’s 3-2 defeat to Colchester United at One Call Stadium.

Strikes at the end of either half by Ryan Sweeney and Omari Sterling-James were not enough to prevent the Carabao Cup quarter-finalists from taking three points back to Essex.

The boss says that although the amber and blue created good opportunities in the clash, he felt as if the visitors were deserving of their victory.

“I think Colchester are certainly one of the better teams we’ve seen this season,” he told iFollow Stags. “It was end-to-end and we both had a lot of chances, but they had the better ones.

“We had some good possession but they had a game plan to sit and counter – when they did that, they looked very dangerous.

“We’re disappointed because they’ve scored an outstanding goal to start off with but their second goal comes from our free-kick that we’re putting in the box.

“At times, we looked too open. We want to be attacking and score goals, which we have, but we have to lock that defence up. 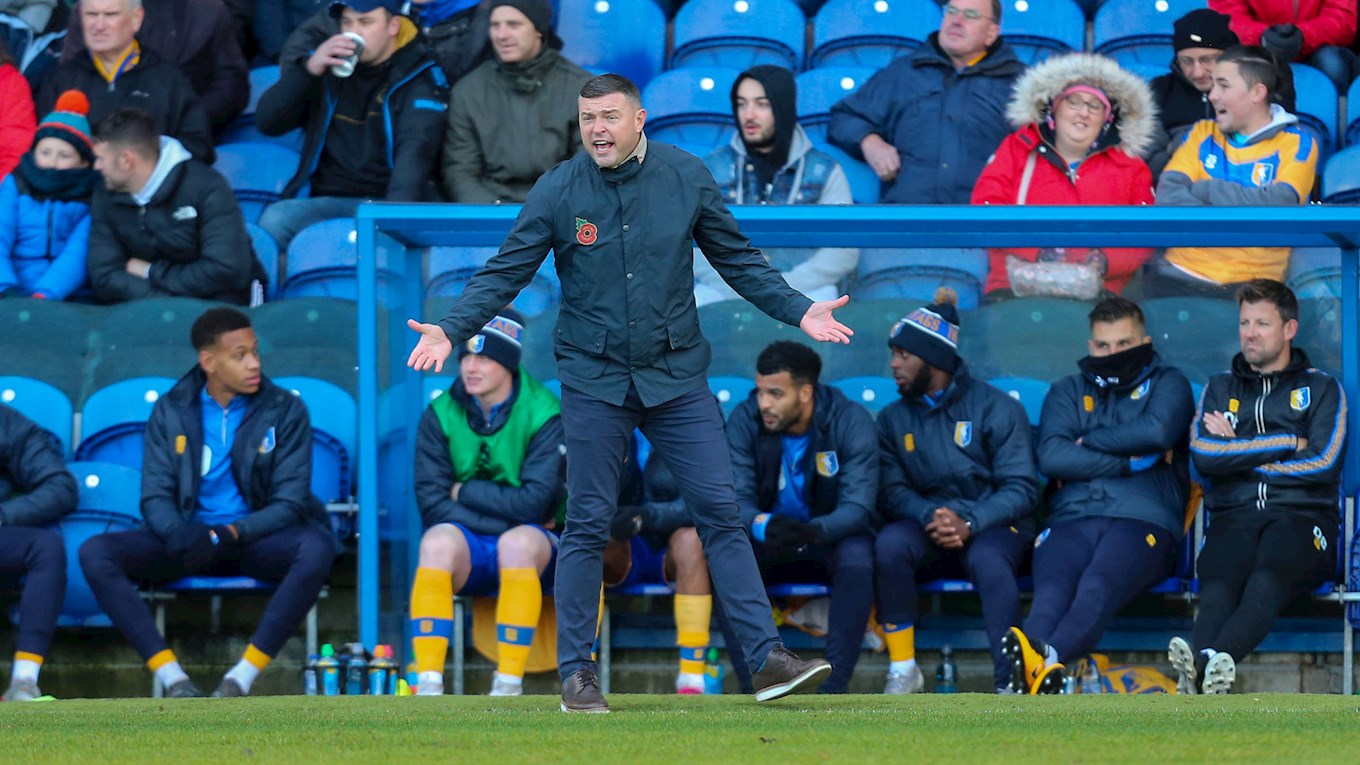 “We knew that they had talent on show and some seriously dangerous players, but we didn’t expect it to be as open and end-to-end as that.

“We knew today was going to be a challenge, but we’re disappointed because we feel that they’ve been the better side.

“We could have taken some of our opportunities better, but that being said, Conrad [Logan] has got us out of trouble with a brilliant save from the penalty.

“Conrad is in good form. Both his shot-stopping and his distribution were good again today. That’s a disappointing thing, because the goalkeeper has played well and we’ve still conceded three goals.”

The boss spoke of the need to improve Stags’ defensive displays and home form.

“We’ve scored a lot of good goals this season, but where we’ve let ourselves down this season is the goals against. 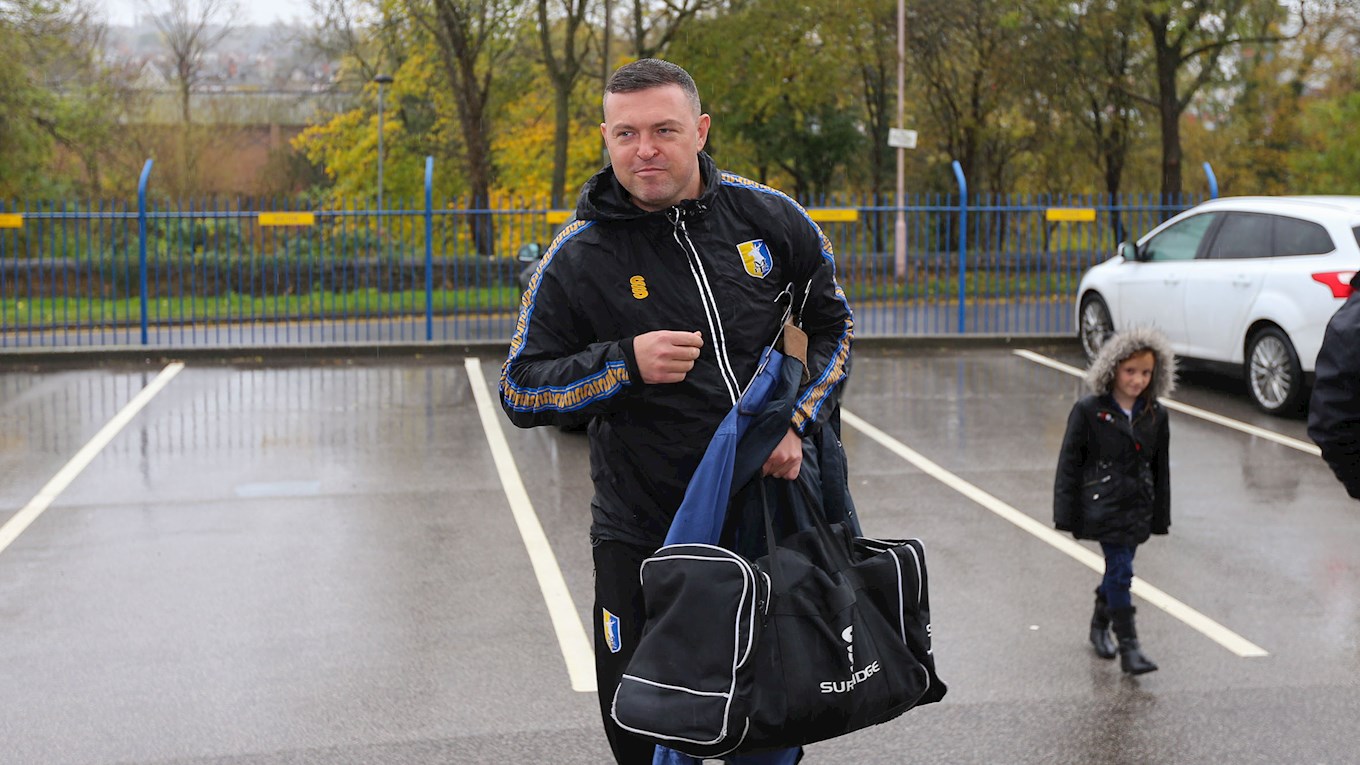 “It’s a team effort – it’s not necessarily the goalkeeper and the back four to blame all of the time. That’s something we need to address and what we’re going to be looking at this weekend.

“Our away form is probably top five, our home form has been poor. You can feel the frustration amongst the supporters, but we need to be big enough and brave enough to get on the ball.

“When we correct our home form, and continue our away form, we’ll be fine.”

Reflecting on a positive October for the Stags, in which three victories were obtained, the boss added that November can still be fruitful despite today’s defeat. 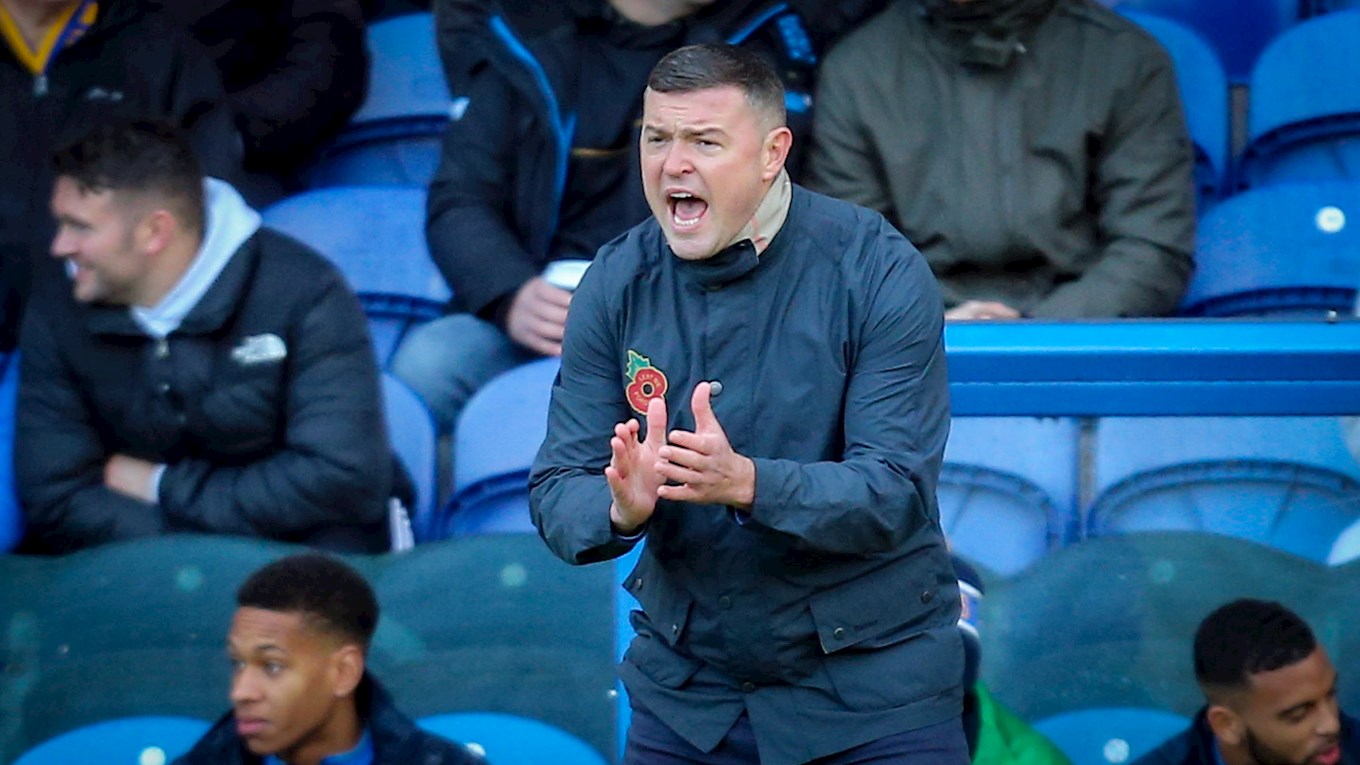 “We had a brilliant October – I credited the players before the game – but we’ve parked that, we want to have a good November.

“It [November] hasn’t started the way we’ve wanted, but that doesn’t mean we can’t go on and have a good month.”

The manager also discussed the substitutions he made this afternoon, adding: “Once they took the lead, you know Jacob Mellis can unlock a door and CJ [Hamilton] has pace to burn, which proved to be the case.

“It was a well-worked goal for Omari [Sterling-James] and I was pleased for Omari coming on [and scoring].”

iFollow Stags can watch the boss’ interview in full by logging into mansfieldtown.net/ifollow later today.