Manager John Dempster says that, despite not creating ‘enough clear-cut opportunities,’ he is ‘pleased’ by the Stags achieving today’s ‘objective’ of making the Emirates FA Cup Second Round.

Frontman Nicky Maynard (below) nodded home his seventh goal of the campaign in the closing ten minutes to give the amber and blue a one-goal victory over National League side Chorley.

The boss says that the journey towards his previous positive experiences in the FA Cup have ‘never been pleasant,’ and he was left happy with his players ‘getting the job done.’

“That was the objective [getting through] at the start of the day so we’re pleased to be in the hat,” he told iFollow Stags. “I thought Chorley stayed with us for 45 to 60 minutes then started to tire.

“I think we could have worked the ‘keeper a little more, but overall, I’m pleased with the players because at times, we had to be patient.

“We didn’t create enough clear-cut opportunities and didn’t work the ‘keeper enough, but with the positive experiences I’ve had in the FA Cup, the roads to getting to the third, fourth or fifth rounds have been rocky ones. 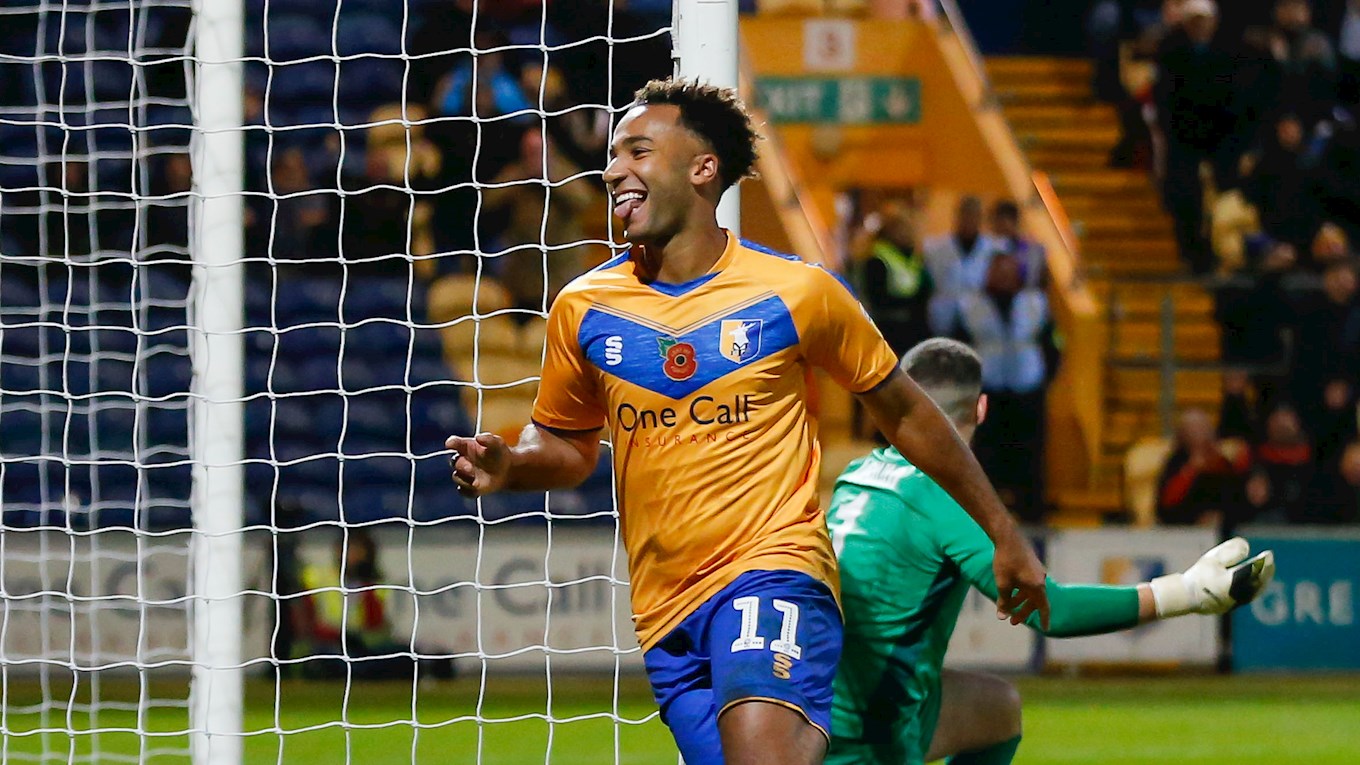 “It’s never a pleasant journey and today is another example of that. We had to get the job done and we’ve done that today.

“It was a big occasion for them [Chorley] even though they’re only in the league below us. They were always going to give it their all, and credit to them, they did that.”

The boss cited a difference in fitness levels as a reason for an improved second-half.

“The players mentioned at half-time that they felt Chorley were starting to tire. When you’re a player on the pitch, you can feel that. The lads recognised that and were keen to have a positive start to the second-half.

“I thought we got better in the second-half and moved the ball better, but the criticism would be that we didn’t work the ‘keeper enough. But we’re in the hat and that’s all that matters.

“Our final delivery was lacking at times and when we did get into the box we missed the target. Mells [Jacob Mellis] came on and hit the target and of course, the sniffer dog [Nicky Maynard] was there to put it in.” 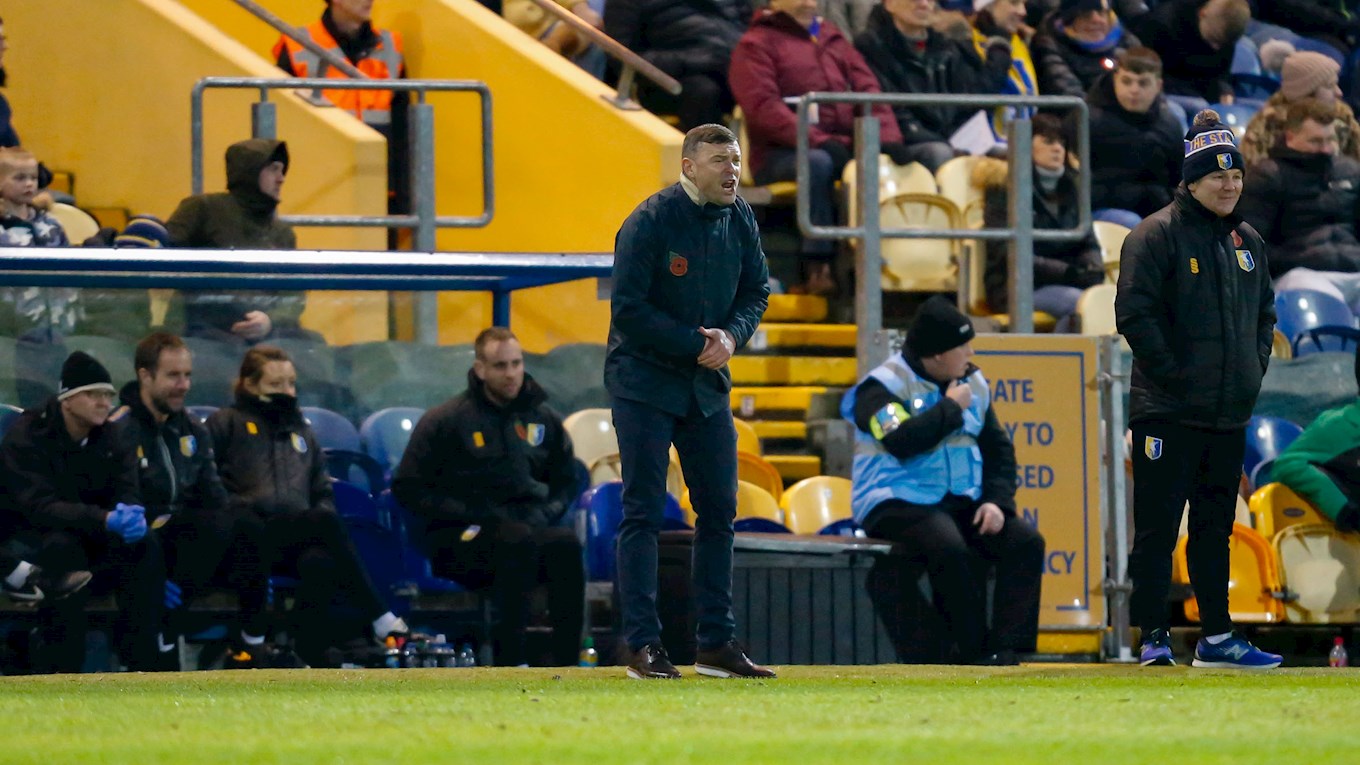 He spoke more of the Stags’ opponents, adding: “I think when Chorley started putting us under pressure at the end, you could hear the frustration in the crowd.

“But let’s not disrespect opposition. They’re in the league below us and they took Doncaster to a replay last season.

“They have experience in this competition and they’ve caused people problems. I don’t think they caused us great problems today, but when they did put the ball in the box, we defended it well.”

The Stags were forced to make an alteration for the match, with versatile midfielder Conor Shaughnessy not having permission from his parent club to play in the fixture.

The gaffer spoke of his decision to start Willem Tomlinson (below) in place of the absent Leeds United man, saying: “I thought Willem [Tomlinson] deserved a start today. Jacob Mellis only trained on Thursday and Friday because he was ill. 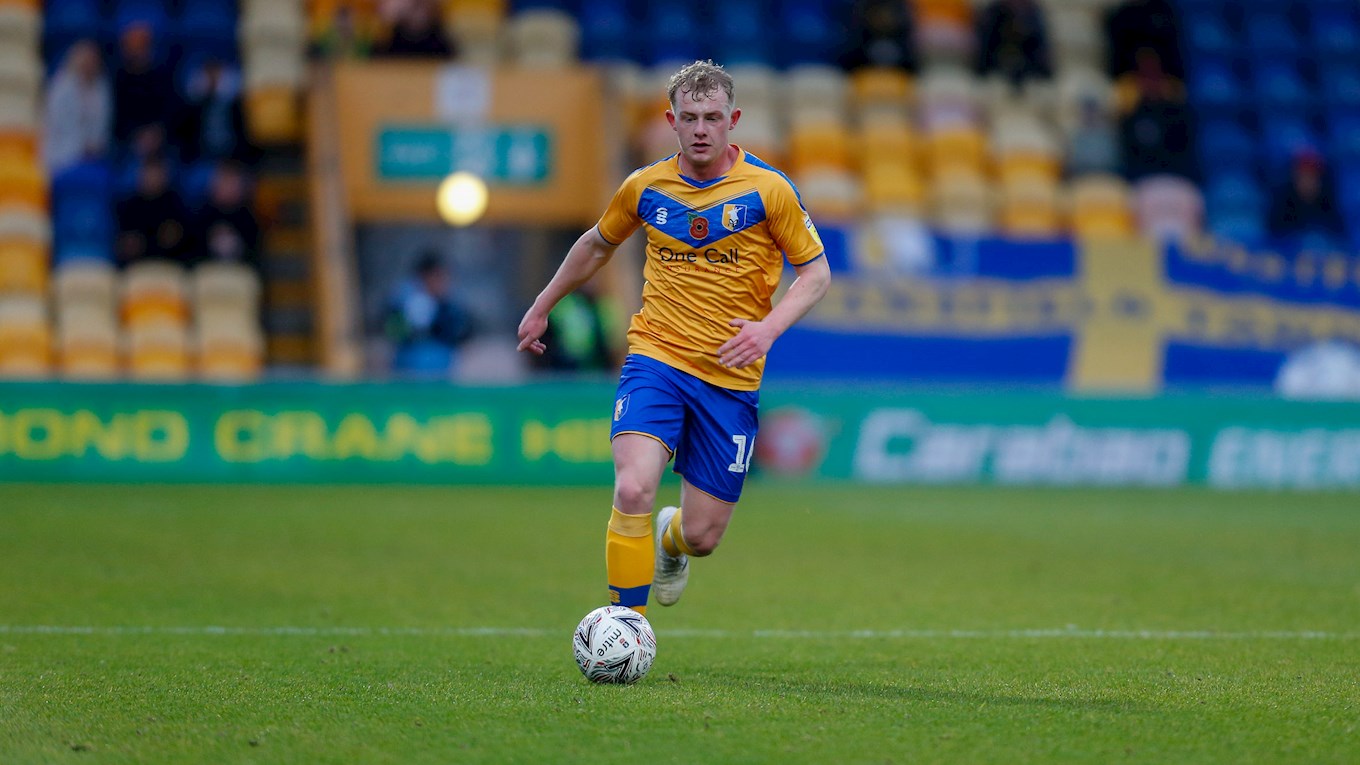 “Those are the kind of things I need to take into consideration and I thought Willem did well today.

“He got on the ball and got us switching the play. Alistair [Smith] is always in contention and had a good week of training as well.

“It’s good to have that kind of healthy competition and it was great that Mells played a part in the goal because it was always going to take a team effort today.

“The players have got the job done and at times, when Chorley had the opportunity to get the ball into the box, we defended resolutely and professionally.”