Stags’ boss John Dempster was pleased by the ‘hard-earned’ victory his side achieved against Sky Bet League One side Burton Albion to progress to the knockout stages of the Leasing.com Trophy.

Goals by frontman Danny Rose and defender Ryan Sweeney meant that the Stags progressed to the round of 32 in their final Group E fixture at Pirelli Stadium.

The manager praised the efforts of every player who featured in the match as the amber and blue recorded a 2-1 win over the Brewers.

“I thought it was a good match,” he told iFollow Stags. “Both teams tried to play and both teams put everything into the game.

“If you look at both squads today, they were strong for both teams. It was great for us to come out on top again in a difficult away fixture – our away form is good.

“The young lads stepped up today – Clarkey [James Clarke] was immaculate and Alistair Smith was very good in the middle of the pitch. 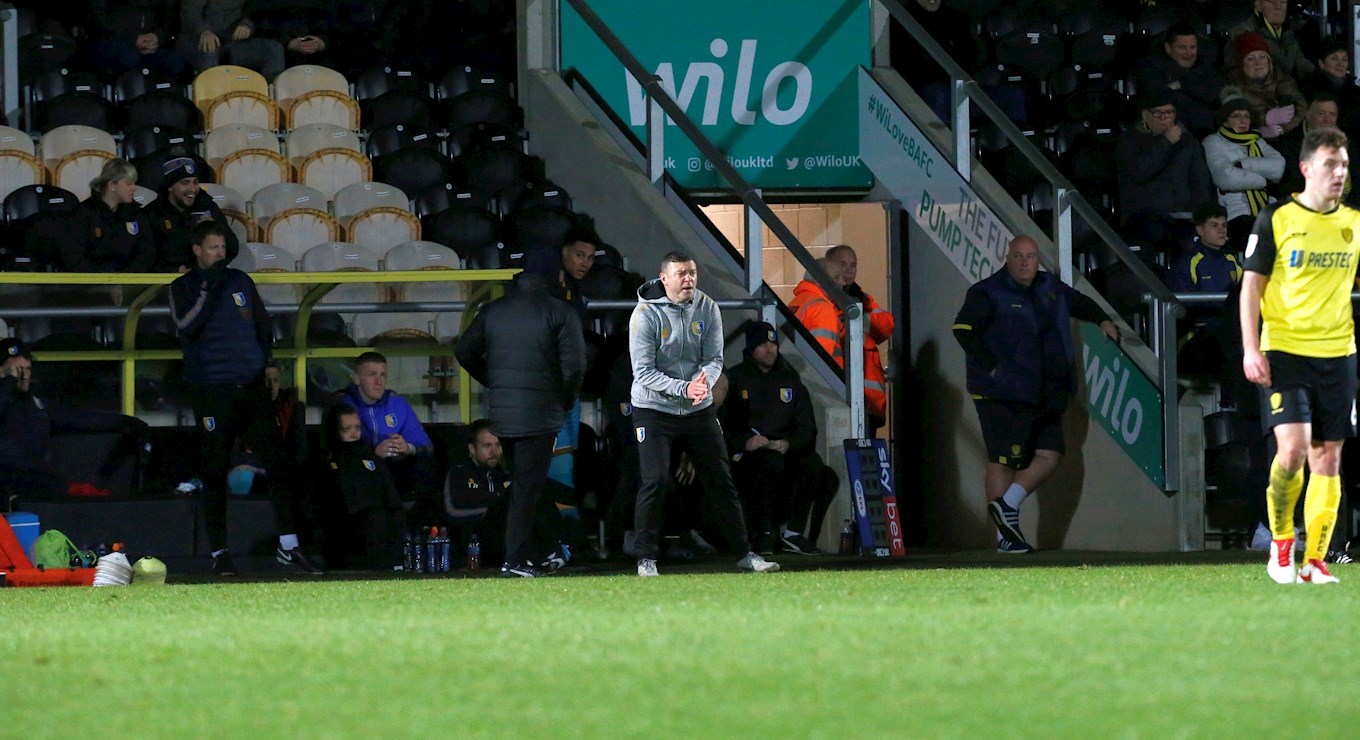 “They were supported by our senior pro’s who were very encouraging and again they were matched by our brilliant away supporters.

“It was a hard-earned victory that sees us progress to the next stage of another cup competition.

“Bobby [Olejnik], who hasn’t played for a long while, was very good with the ball at his feet and with his shot-stopping.

“The back-three performed very well in and out of possession. So, we did the ugly side well and we also played some very, very good football.

“It’s also brilliant to score from another set play, Ryan Sweeney with his second of the season. We do work on our set plays and it was great to see him pop up with another finish.

“It’s always important to get goals from set plays and if we can add that to the team, our goals tally will look very healthy.”

After making eight alterations to the side that faced Chorley in the Emirates FA Cup, the boss says that the players who featured against Burton are in contention for this Saturday’s league clash away at Macclesfield.

“They [players who featured against Burton] are in contention [for Macclesfield] when you look at the performance levels tonight.

“We were pressing as a team and that first press is really important. We had to press with intensity and I thought we did that tonight.

“It was good to see Jordan Graham (below) come on for Rosey [Danny Rose] because Jord’s been out for a while. He’s a good young player. 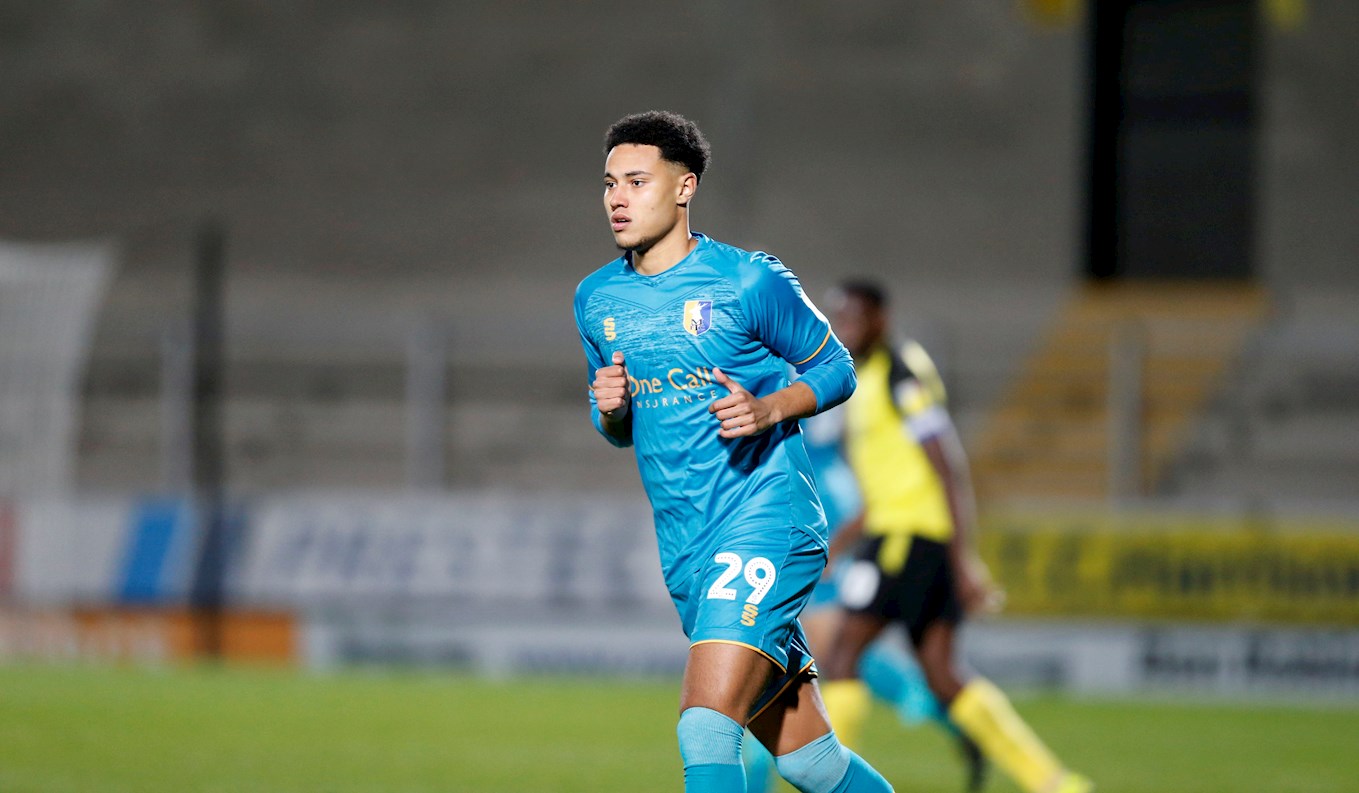 “It was a real team effort tonight from the boys who have played more league games and the players that are trying to carve a career for themselves, which was very good to see.”

The boss also spoke of striker Jimmy Knowles, who netted in Mansfield’s recent Leasing.com Trophy clash against Crewe Alexandra, and explained his absence from this evening’s squad.

“Jimmy [Knowles] will be starting for the under-18s in what is a very important FA [Youth] Cup fixture [against Rotherham on Wednesday evening].

“It’s something we take seriously as a football club and we want to give them the best opportunity of progressing into the next round of that.

“Jimmy will play and it would be great to see our supporters come down and support our under-18s.” 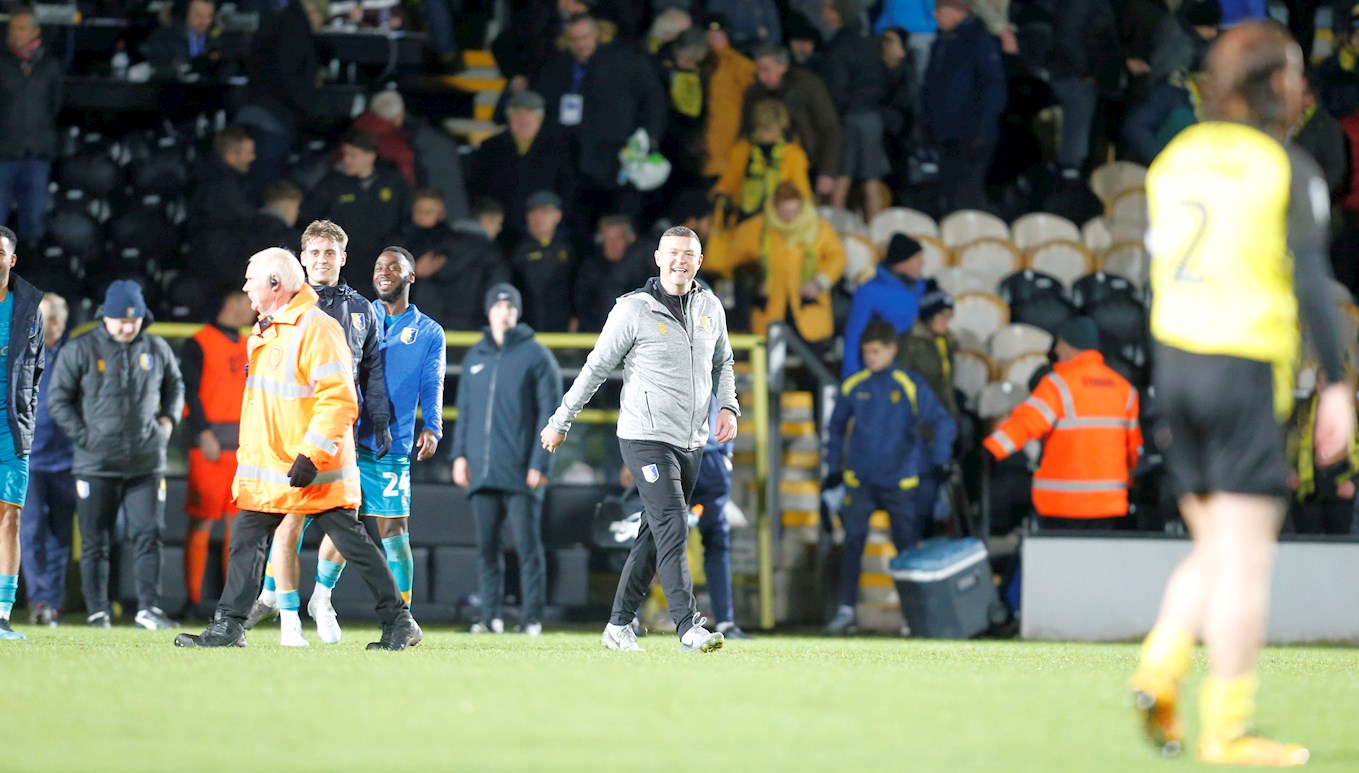 “KP [Krystian Pearce] trained yesterday and he’ll continue to train this week. We want to get him a good week’s training – he’s been working hard, as you can imagine, with his rehab.

“Hayden [White] we expect to be back training with the group within the next week or two.

“And of course, the calibre and character they bring to the squad, they’ll be brilliant additions [when they return to full fitness].”

iFollow Stags subscribers can watch the boss’ interview in full by logging into mansfieldtown.net/ifollow later tonight.