Stags’ boss John Dempster says that his side can use the Emirates FA Cup as a ‘springboard’ for their season, as the amber and blue did in the 2012/13 campaign, when an impressive cup run was followed by winning the Conference title.

Mansfield begin their Emirates FA Cup campaign at home to National League side Chorley on Saturday at One Call Stadium (3pm).

The manager, while reflecting on his FA Cup experiences as a player, stated that a good run in the competition can push teams to succeed in league matters.

“I’ve had some excellent [FA Cup] experiences – I’ve played at Elland Road and when I was playing for Kettering we pulled Fulham,” he told iFollow Stags.

“But my best experience was playing for Mansfield against Liverpool. That day sticks out in the mind because the build-up to that game was massive.

“It was an unbelievable experience and we ran them close, but Luis Suarez scored that infamous goal with his hand.

“It was a brilliant time for me, but a sad time as well, because it was around the time I lost a close friend.

“If it [2012/13 season] was a book, it would have a slow start, an average middle and an exciting and happy ending.

“You hear coaches and managers talk about cup competitions and having too much game time, but that [FA Cup run in 2012/13] was definitely a springboard for us [to win the Conference title].

“I think it [good cup run] can add to the excitement, inspire the town and get people behind the team. The FA Cup hasn’t lost its magic because it can be an unbelievable experience for all.” 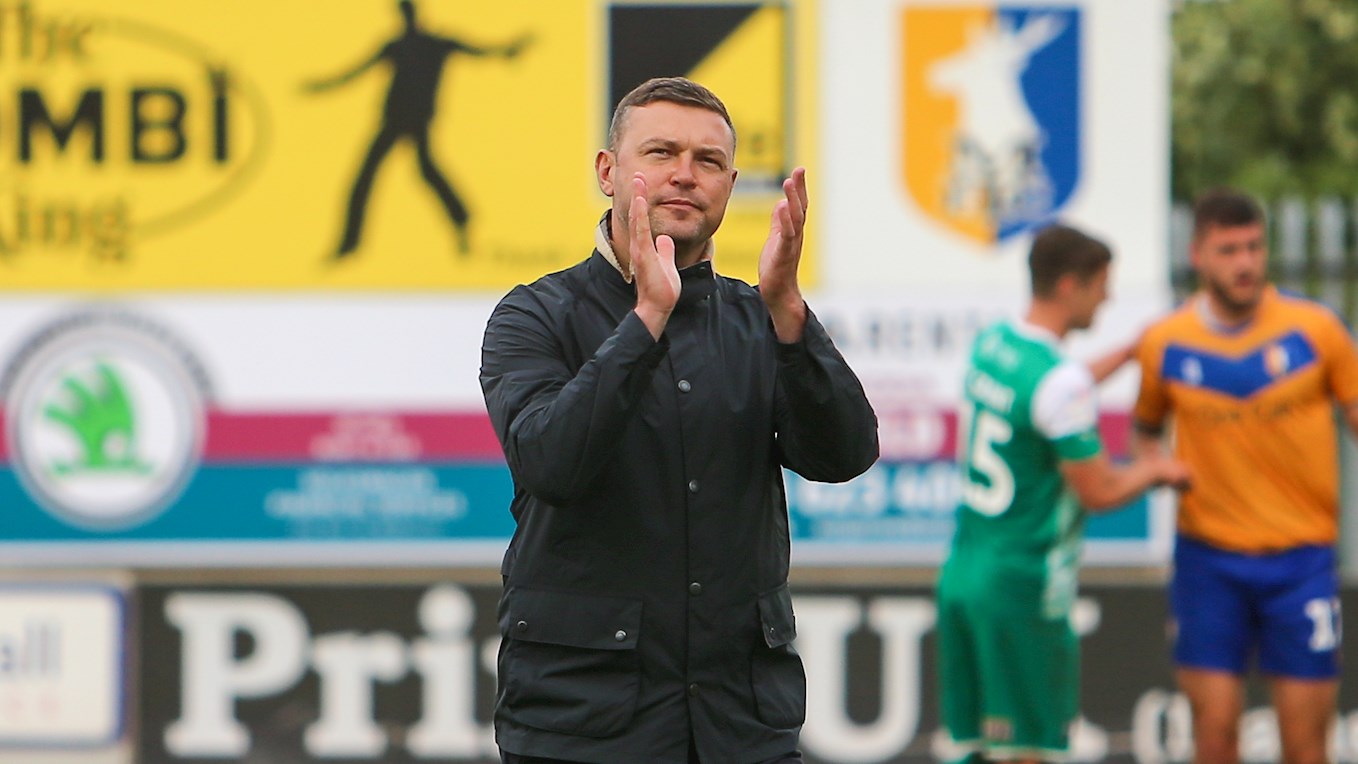 John Dempster says that his side will ‘give it everything’ to beat a ‘very physical’ Chorley outfit.

“We’re going to give it everything to beat Chorley on Saturday,” he said. “They’re a side that are struggling in the league below, but are very physical.

“We’ll have to match them for attitude and application or it’ll be a tough afternoon. If we do that, we can progress to the next round.

“I think there’s a chance they’ll come here and sit in. It’s very difficult to say how they’ll play – our efforts will go into making sure our performance levels are where they need to be.

“We need to be positive and we need people behind us. People need to stay with us and we’ll need to shift the ball with pace.” 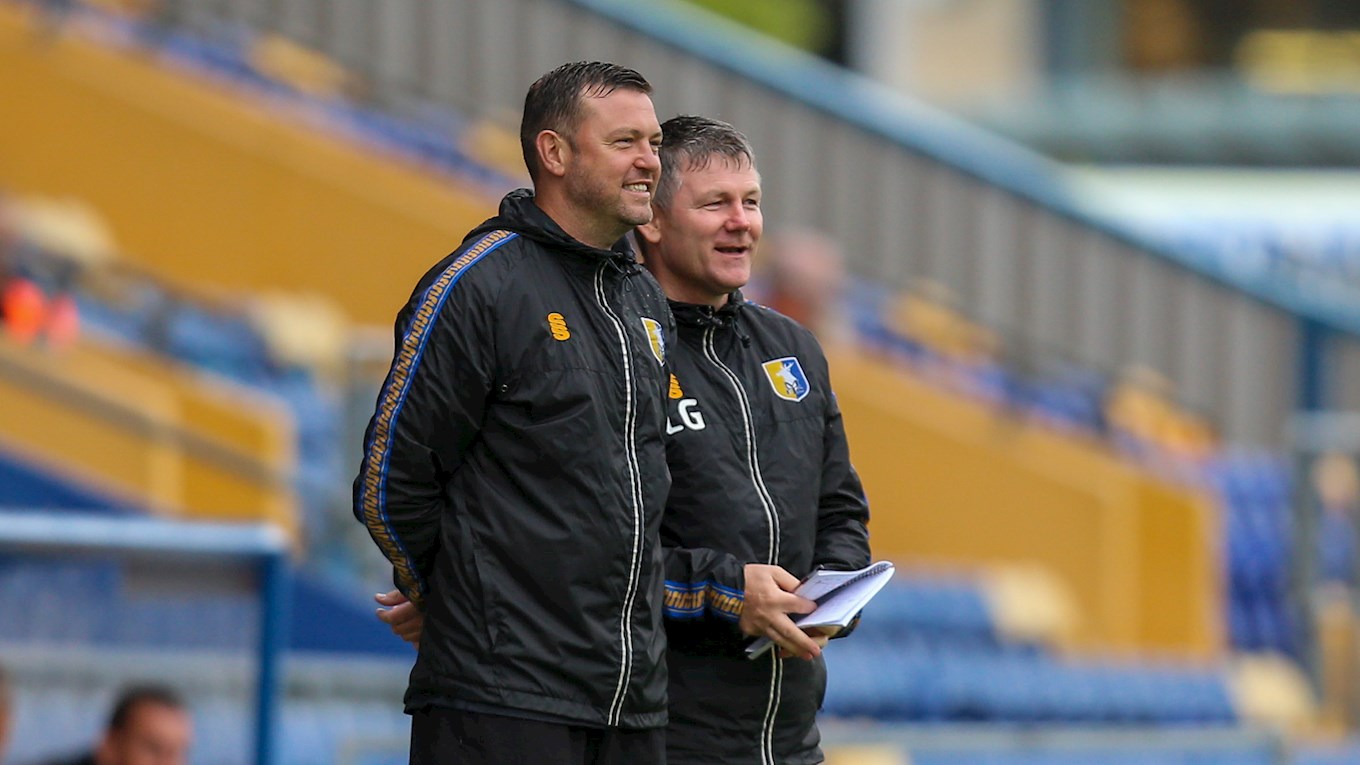 On Tuesday morning it was announced that the Mansfield boss, along with midfielder Otis Khan, had been nominated for the Sky Bet League Two Manager and Player of the Month awards.

Speaking of the nominations, he added: “It [Manager of the Month] nomination is simply because we had a good last month, which has now been and gone.

“As a group, we’re not looking for pats on the back because we haven’t been good enough. We’re looking for another [positive] month.

“We had a disappointing start to November on Saturday [against Colchester] but that’s been and gone – we can only control our efforts moving forward.

“Otis [Khan] has been in good form, along with some other players, certainly in October. He had a frustrating time last season with lack of game time.

“He’s a player who has impressed me since pre-season and is somebody that can change the game. He’s performed very well and people can see he works his socks off for the team.”

Stags’ reserves will continue their Central League Cup campaign this afternoon (Tuesday) against Scunthorpe United at The RH Academy (2pm). The boss spoke of the team that will be fielded against the Iron.

“There will be a mixture [of players for reserve game against Scunthorpe], mainly under-21 players. Jordan Graham will hopefully get some more minutes as well, coming back from a long injury.

“Willem Tomlinson will play, Omari [Sterling-James] will play, Bobby [Olejnik] will play, but the rest will be under-21 players.” 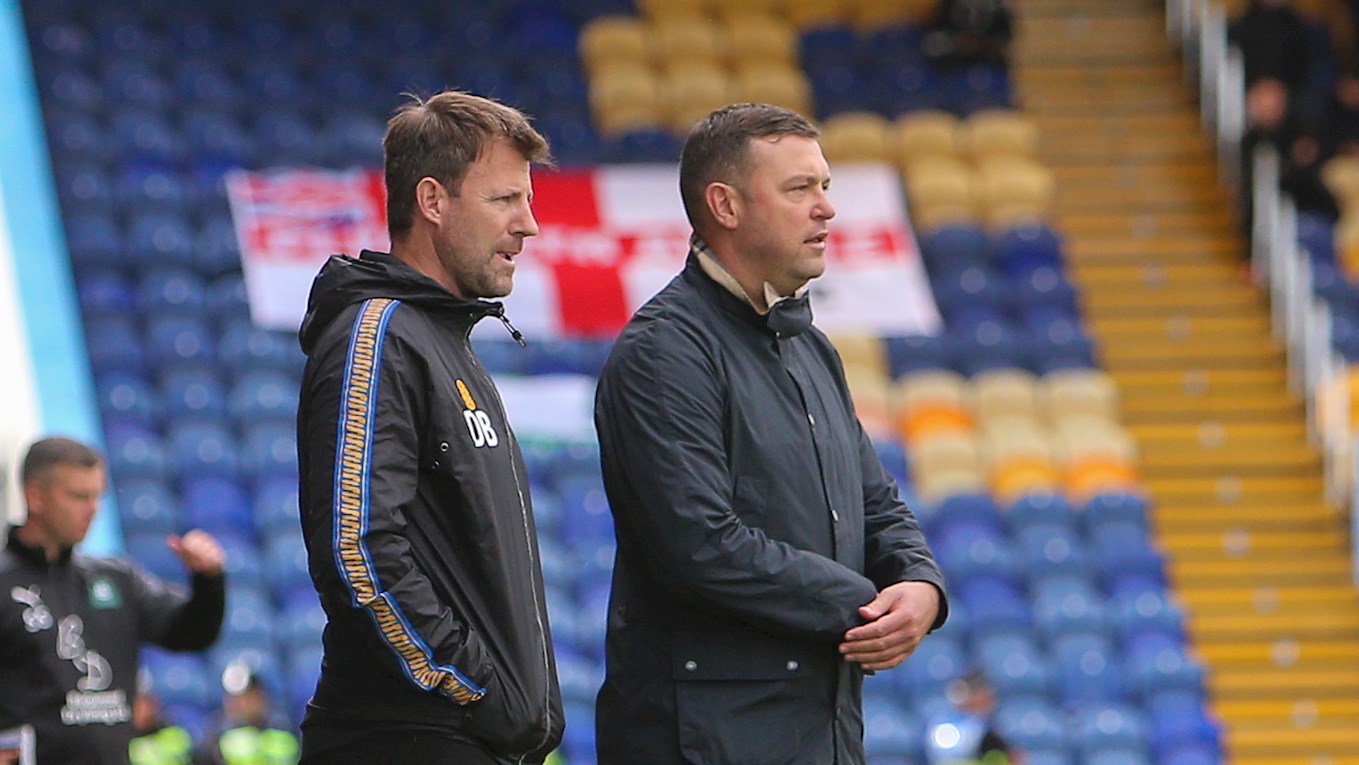 John Dempster provided an injury update on four of his players, saying: “KP [Krystian Pearce] came back in on Monday and his groin was a little bit sore – so he’s probably at least a week away.

“Danny Rose, we’re expecting him to train today, which is a real positive. He was out yesterday smashing balls and there was no reaction from doing that.

“If he comes through the training, he’ll be in contention for the squad [on Saturday]. We’ll be speaking with the medical team throughout this week and make sure that his fitness levels are where they need to be.

“Hayden White is nearly pain-free. He’s had some difficulty on the site where he broke his leg and he’s had a little bit of pain there.

“But we’ve been working with him since his suspension and trying to get him pain-free, so he can come back and join the group.

“Davo [Craig Davies] has been training with the group. It’s difficult for Davo because he’s been out for a long period of time.

“He’s a very committed character and he’s determined to get back to full fitness. It’s not a quick process though, unfortunately, because of the length of time he’s been out.”