Academy manager Richard Cooper has praised his side’s ‘braveness’ in the reserves’ 4-1 win over Rotherham United at The RH Academy on Tuesday afternoon.

After conceding an early goal through Jerome Greaves, the Stags bounced back in style, with efforts from Omari Sterling-James, Jordan Graham, Aiden Walker (below) and Tyrese Sinclair securing an emphatic win.

Cooper, speaking after the match, says his side played ‘some really good football’ in the resounding victory. 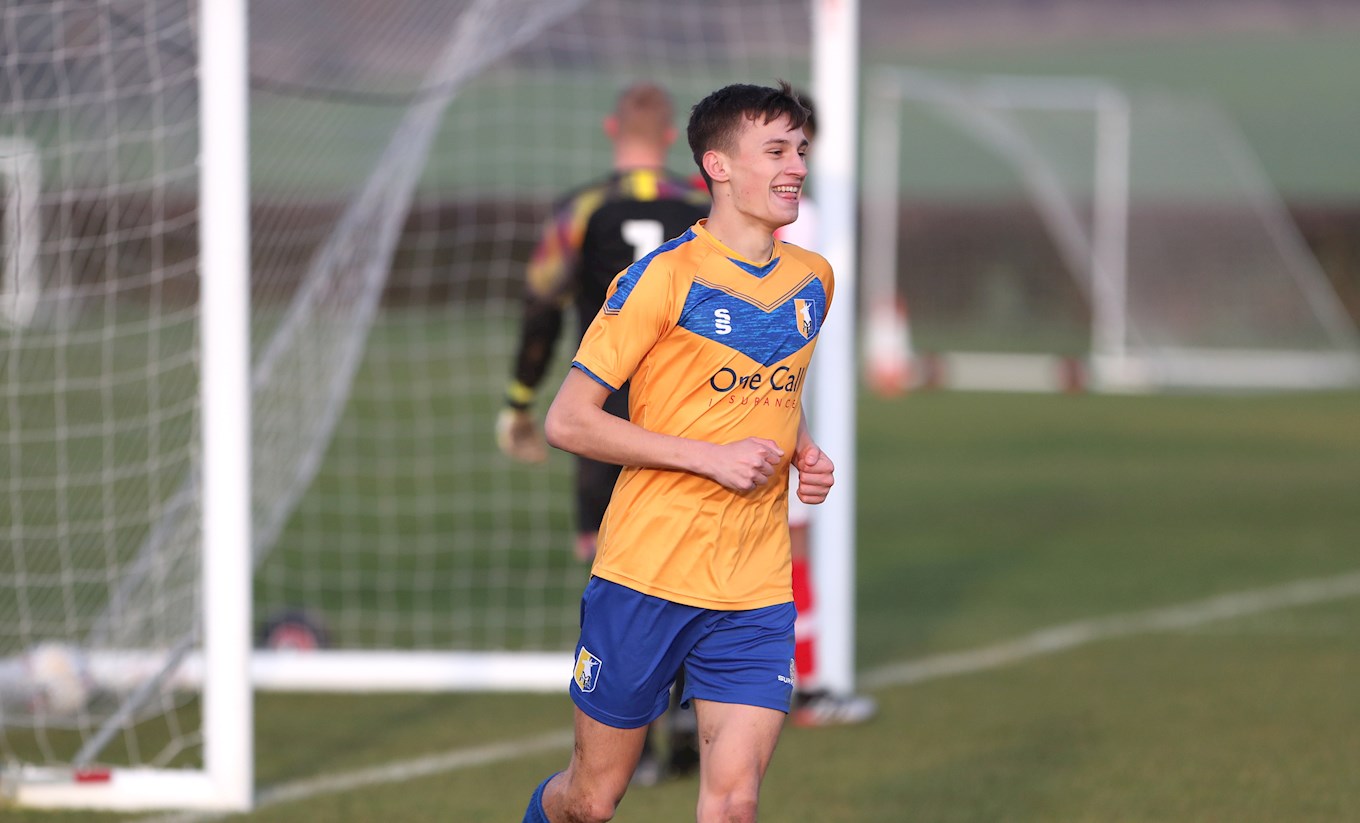 “We played some really good football,” he told iFollow Stags. “We asked the lads before the game to be brave and get on the ball, and I thought we did that.

“We were disappointed with the [Rotherham] goal, we certainly could have done better with that as a team.

“We asked them to be brave in and out of possession and work Rotherham as much as we could. Myself and Jamma [Jamie McGuire, academy head of recruitment] were really impressed with the boys today.”

With several loanees included in the matchday squad for the win over Rotherham, Cooper spoke of the benefits that these loans can bring to Stags’ younger players.

“When the boys do go out on loan, they’re gaining valuable experience. They’re playing regular football on Saturdays and Tuesday nights.

“Today there was an opportunity to get them back in a Mansfield shirt and they’ve come back in and knew exactly what we were doing with the shape.”

There was also a return to action for long-term absentee Craig Davies (below) in the game, who came on for the closing 25 minutes after being out since December with a reoccurring ankle injury. 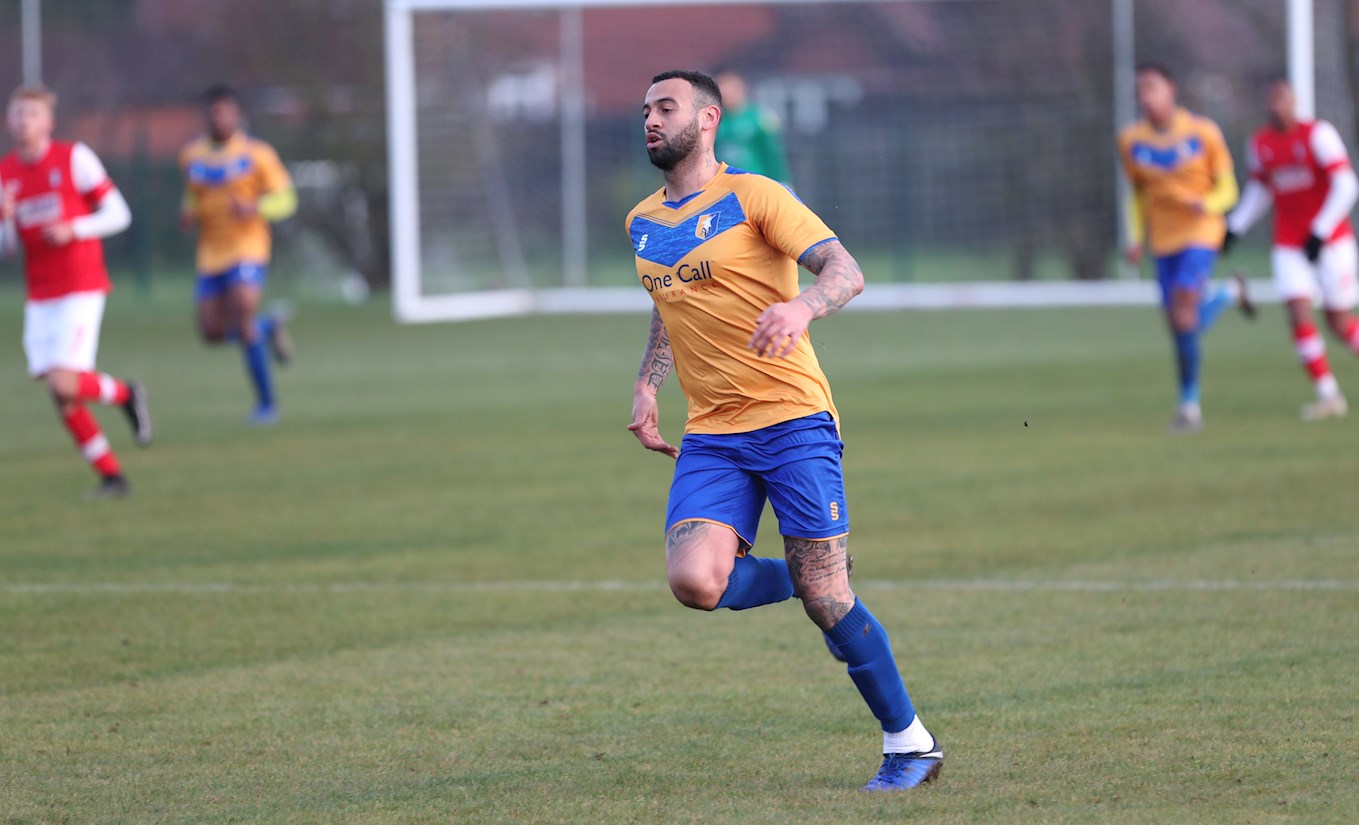 Cooper spoke of the striker’s return, adding: “Craig Davies managed to come on with about 25 minutes to go. I’ve seen Craig working hard behind the scenes and I know exactly what he’s doing.

“It was a big psychological one [coming on as a substitute]. Davo came on and contributed – he got hold of the ball and he really encourages the young lads, talking them through things on and off the pitch.

“I’m just pleased for him that he got through the game.” 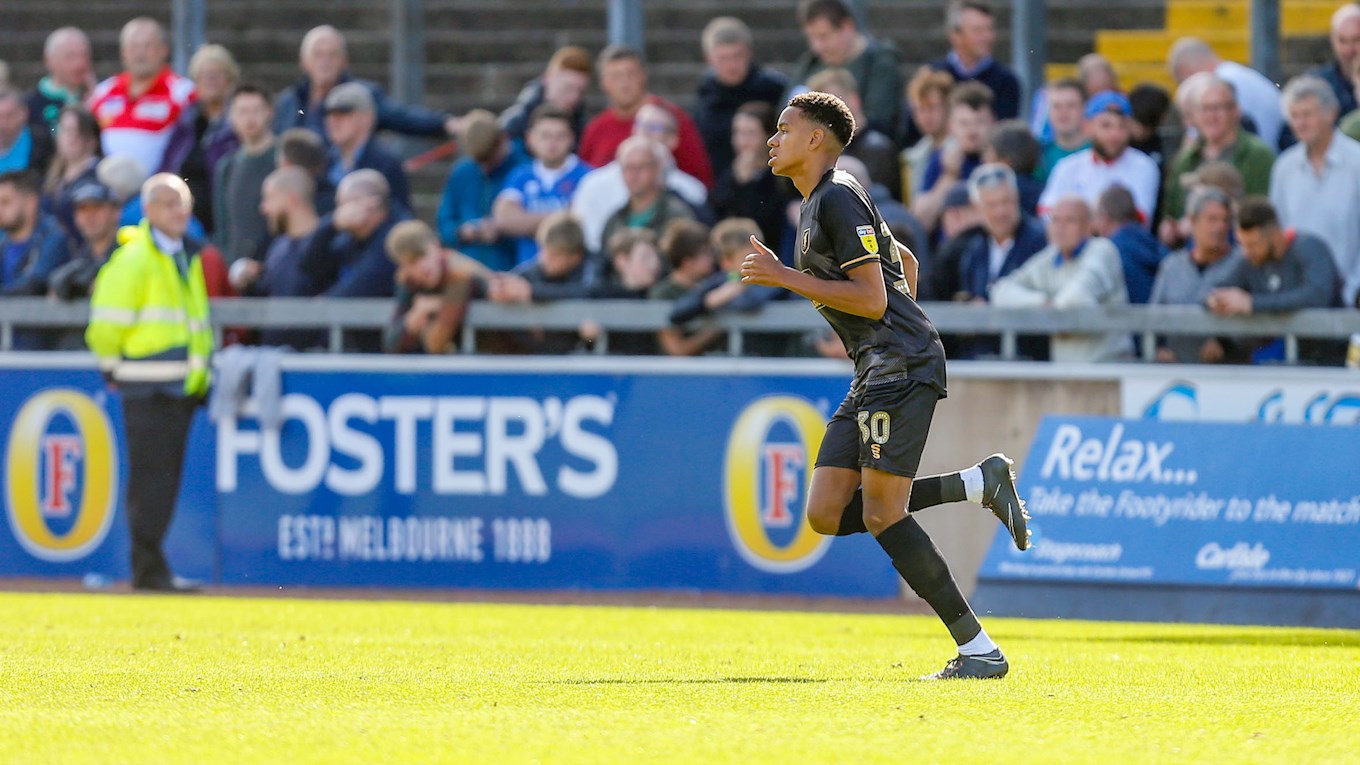 “It’s another game [under the belt] and an opportunity for me to prove my own ability. I enjoy being out there and I enjoy playing football.

“All you can do is go out there and do your best – all I can do is perform the way I’ve been doing recently and see where it goes from there.”