Goalkeeper Bobby Olejnik has praised the ‘great’ goalkeeping environment at Mansfield Town following his side’s 2-1 win over Burton Albion in the Leasing.com Trophy.

John Dempster’s side progressed to the knockout stages of the competition after defeating the League One side at the Pirelli Stadium.

One goal apiece from striker Danny Rose and centre-back Ryan Sweeney was enough to see the amber and blue into the next phase, while Olejnik himself made some fine saves throughout.

And after a restructuring of goalkeeping department in mid-September, the Austrian shot-stopper spoke positively of Conrad Logan who now leads the sessions.

“It’s a great goalkeeping environment,” he started. “Conrad [Logan] and I have a great relationship, and Aidan [Stone] has slipped in too so it works perfectly.

“We’ve got an extra body to do training so that helps with various sessions. From an environment perspective, nothing’s really changed. It’s exactly the same as it was. 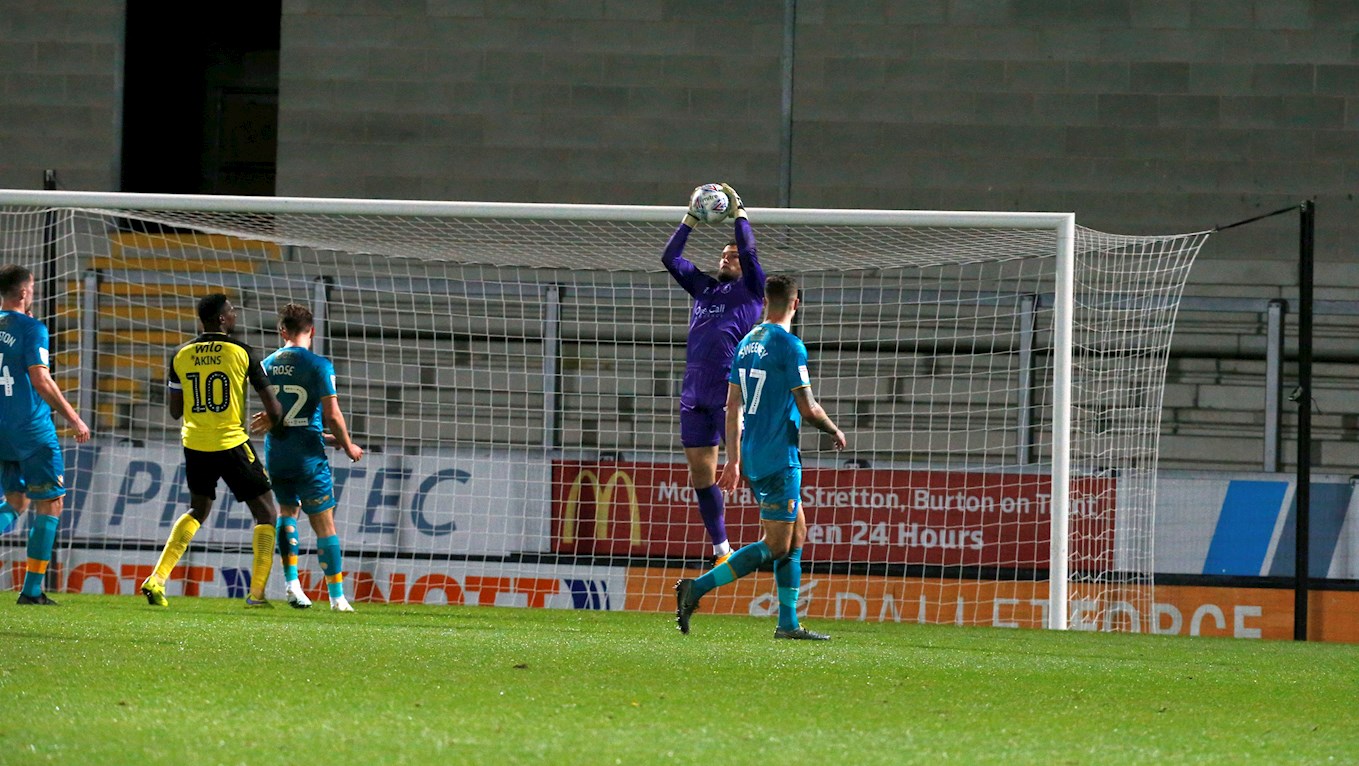 “We respect each other, Conrad’s given me great warm-ups and it’s a great environment to be in.

“I think that shows the environment we’ve got, considering how well he’s been playing. Conrad’s got a coaching background so our sessions have structure to them.

The 32-year-old also believes it was beneficial to get another 90 minutes under his belt, following his recovery from an ACL injury suffered last December.

“It was massive. When you come back from a long-term injury like myself, it’s always nice to get games.

“There’s still a lot of work to do from a match perspective, including match fitness. I’ve spoken to the physio afterwards and there’s still work to be done, but it’s beneficial to get 90 minutes. 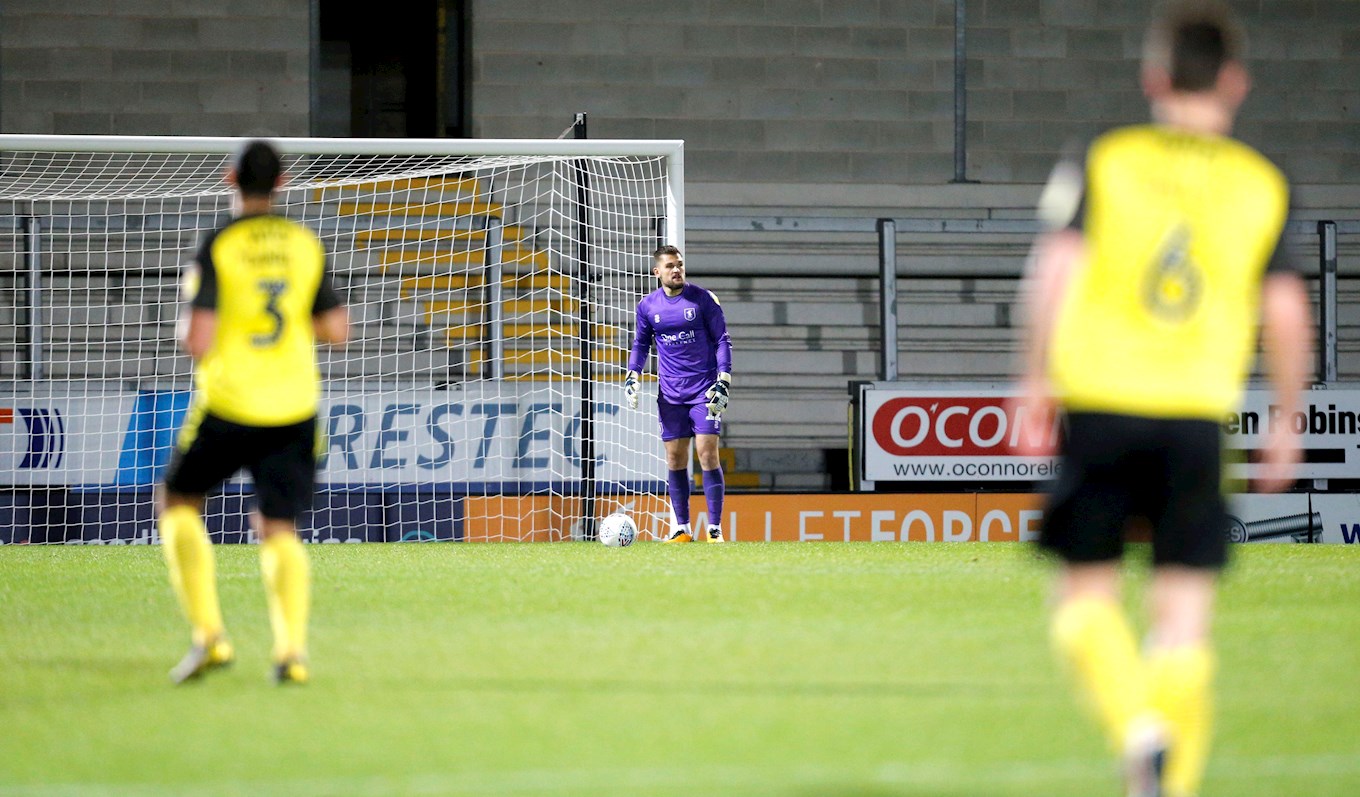 In addition, the former Exeter City man feels as though his side executed the intended game plan against the Brewers this evening.

“I think it’s one of those competitions where some clubs don’t take it seriously but I think the lads did really well tonight,” Olejnik continued.

“We played exactly how the manager wants us to do and we came away with the victory – and there’s Wembley at the end so there’s always that!

“It’s just one of those as a ‘keeper it’s what you get judged on, making saves. The back five in front of me did an excellent job and so did the players infront of that.

“As I said before, the manager asked us to carry out the game plan, which we did, and obviously came out victorious.”

iFollow Stags subscribers can watch Bobby's interview in full by logging into mansfieldtown.net/ifollow later this evening.