With the 2018-19 season having reached its conclusion, we reflect on the top five stories from the recent campaign...

Early in March, it was revealed that the Stags are now in full control of their destiny in regards to One Call Stadium. 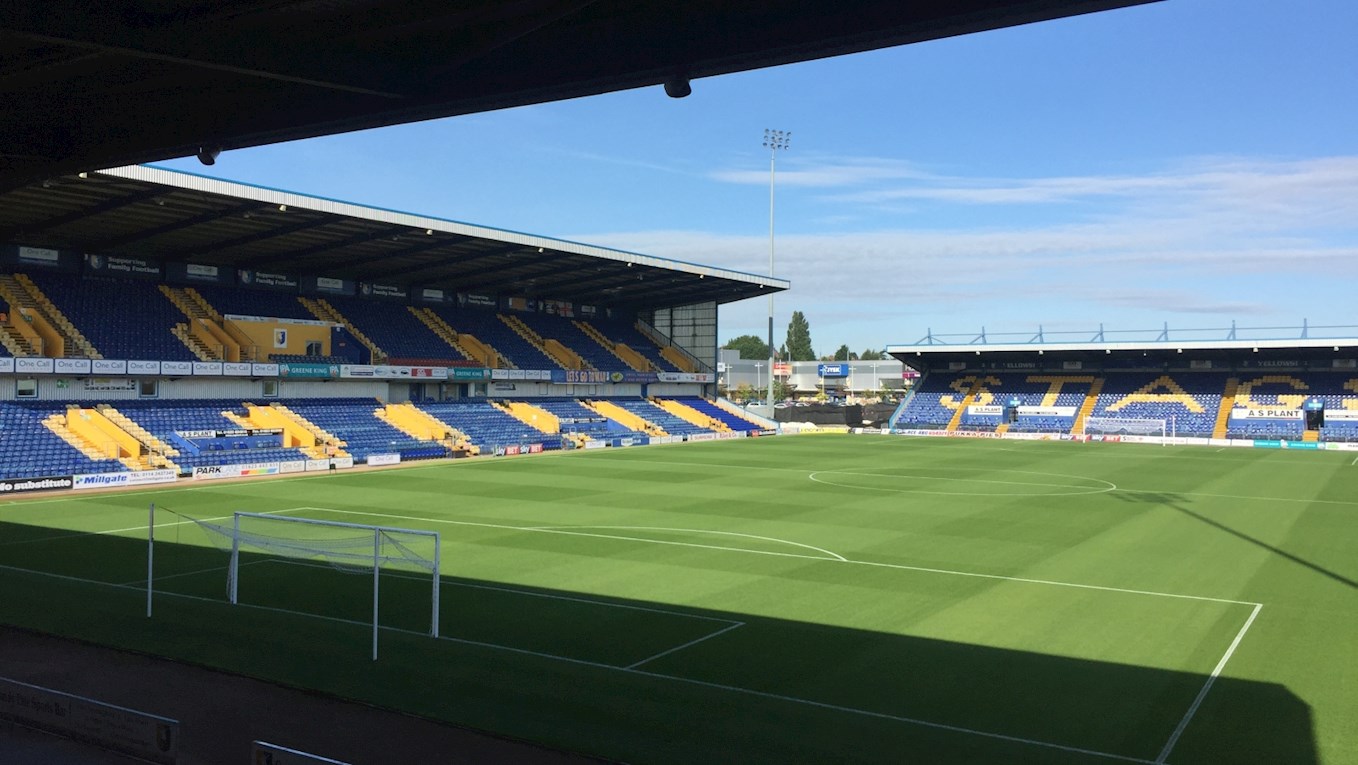 The news was a result of Mansfield Town owners John and Carolyn Radford issuing the final cheque to Mr. Keith Haslam, under the terms that were agreed with him in March 2012 to purchase the Stags’ home.

The conditions of the deal saw payments made on an annual basis, the final of which came in March 2019.

Commenting on the deal at the time, chairman John Radford said: “When I did the deal with Keith I looked forward to this day and being able to announce that we were completely in control of our own destiny as regards One Call Stadium.  This is great news for me and the club.”

Also in March, the Stags were proud to announce that the EFL had named Mansfield Town as their Family Club of the Year.

In 2018, the new family room was opened, available for those with a family ticket to utilise on a matchday.

The family room provides a suitable, warm and dry space for youngsters to enjoy activities prior to matches at One Call Stadium.

Family tickets cost just £18 for one adult and one child, or £36 for two adults and two children.

The sensory area was also unveiled in the family room during the 2018-19 campaign, created for those who are prone to experiencing a sensory overload on a matchday. 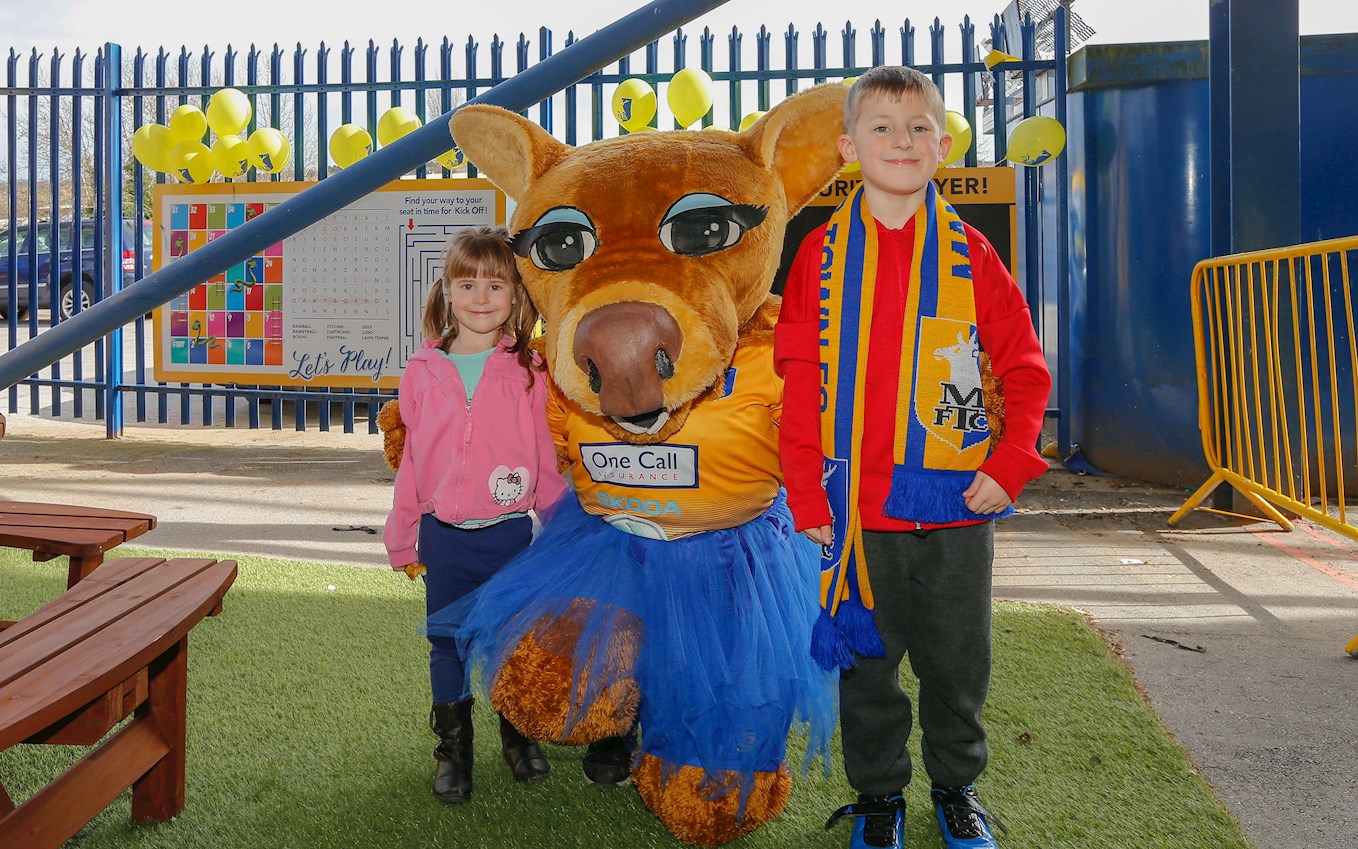 Speaking at the time of the award, operations director Tina Broughton said: “We are so proud to have been selected by the EFL as the League Two Family Club of the Year.

“We are a family-friendly club and for the last few years we have endeavoured to attract more families to One Call Stadium.

“Danielle Hett, our supporters’ liaison officer, has implemented the club’s strategy superbly, leading to younger supporters and their families enjoying a superb afternoon with us in our family room and family block of the Quarry Lane Stand.

“Activities that occur in our family area are wide-ranging, including arts and crafts, ping pong and pool tournaments, along with our 'Predict the Score' competition, which runs on a weekly basis and gives attendees the chance to win prizes.

“Free fruit is on offer for our mini-Stags during every home matchday, and our youngsters even get the chance to write to the Mansfield players, to which they receive personalised replies.”

Along with the EFL naming the Stags as their Family Club of the Year, they also listed four Mansfield players in the Sky Bet League Two Team of the Season.

The quartet of Mal Benning, Krystian Pearce, CJ Hamilton and Tyler Walker (on loan from Nottingham Forest at the time) all made the Team of the Season and travelled down to London for the EFL Awards in April. 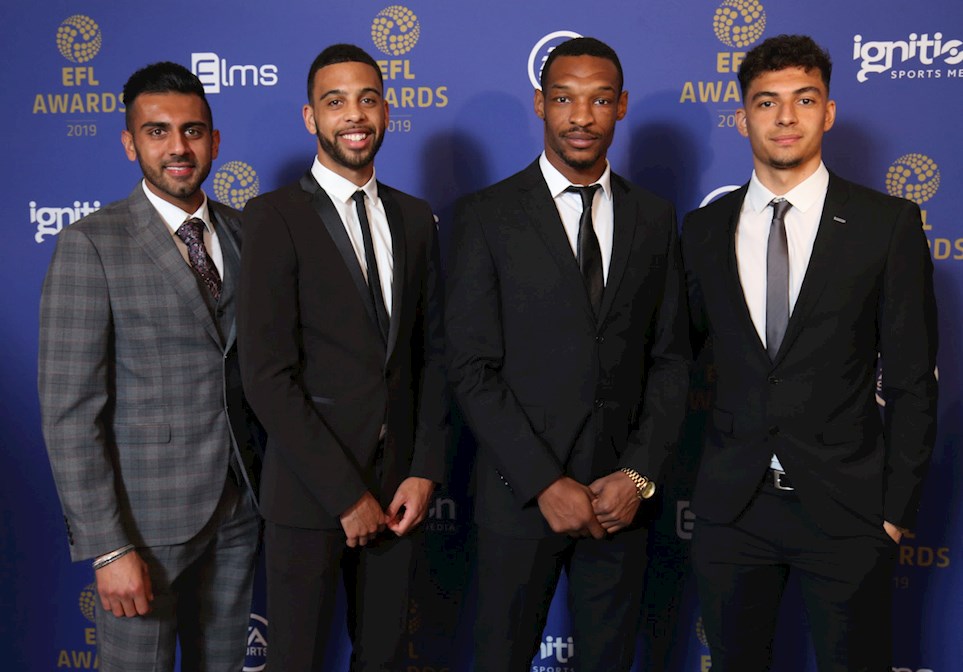 During the awards ceremony at the Grosvenor Hotel, it was revealed that Mansfield’s captain, Pearce, had also been named in the EFL’s overall Team of the Season.

Later in April, it was also revealed that the PFA had named Pearce and Walker in their League Two Team of the Year.

During our home win over Cambridge United at One Call Stadium in April, PC Carl Gabbitas took up his role as the club’s dedicated football officer for the final time, following 18 years of service.

Carl, of Nottinghamshire Police, started working with the club as a ‘spotter’ in 1994, a role which helps provide live and relevant information to the police’s football operation, whilst also giving intelligence on supporter groups.

He became the Stags’ dedicated football officer in 2001 (previously known as football intelligence officer), delivering information and intelligence to his superiors to help minimise the impact of anti-social behaviour, violence and criminality at Mansfield matches. 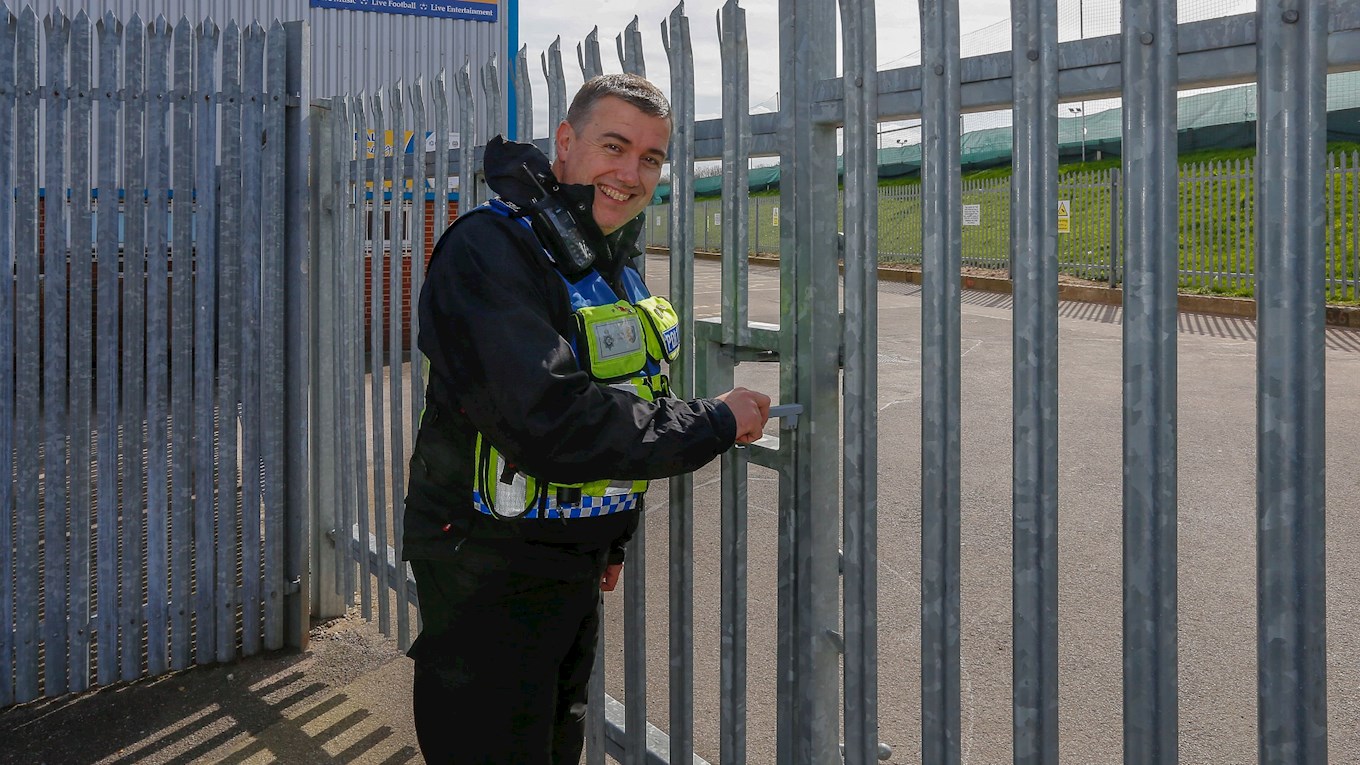 A light-hearted legacy of Carl’s will be the gate between the Ian Greaves Stand and North Stand, which has been jovially renamed ‘The Gabbitas Gate’ by some Stags’ supporters, following the decision to close it on matchdays for purposes of safety and ease of congestion.

“I don’t know what they will call it when I’ve gone,” said Carl, speaking at the time of his retirement.  “I find it [the gate being renamed] quite funny.

“The vast majority of fans know exactly why we close it. It’s to stop any sort of drama at the back of the away end. People may not like it, but it does work.

“The reasons for doing it are with safety in mind. We don’t do it to wind people up or to make them walk further; that’s not in the plan. The plan is to prevent people of a like-mind from getting a lot of people in trouble or maybe injured or worse. It’s to prevent that and nothing more.”

Carl’s successor, John Albanese, has since taken over the role.

Jerry’s day with the Stags

Ahead of our victory over Morecambe at One Call Stadium in April, Stags’ fan Jerry Jenner was given a day to remember, as he met with the management staff before leading the teams out of the tunnel.

The 77-year-old was diagnosed with inoperable throat cancer in 2017. At the time, the oncologist said that he did not have much time left, however he has fought bravely for two years with a smile on his face. 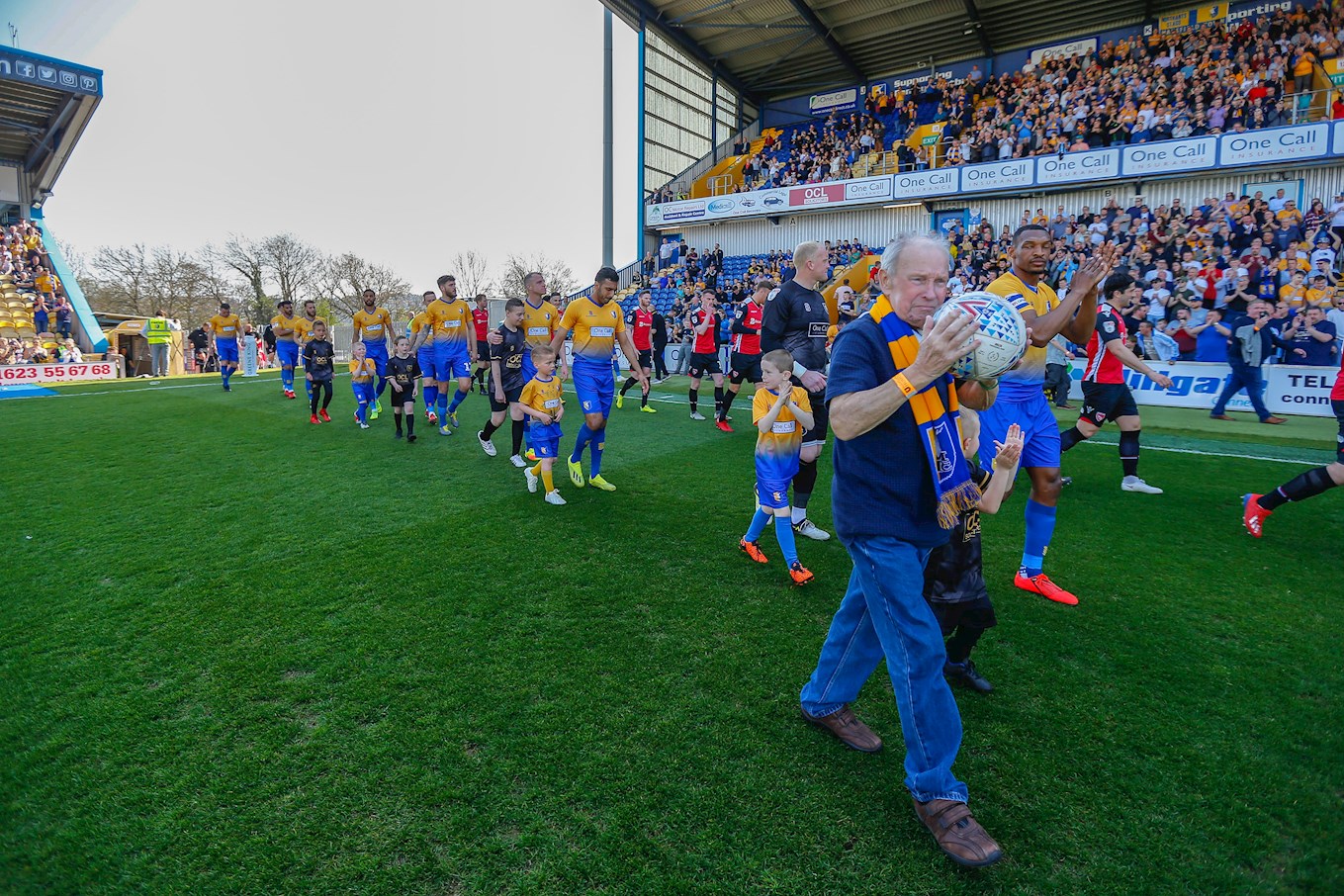 Speaking at the time, Jerry’s son, Jamie Reynolds, said: “He [Jerry] loves the club with a passion.

“Last month, I received a phone call in the night to say he had suffered a haemorrhage and was rushed to Queens Hospital in Nottingham. We thought that the time had come, and he was critically ill.

“Yet he somehow defied the inevitable and made a somewhat miraculous recovery.”

Make a saving with our family ticket offer!


Family tickets - which admit one adult and one child to matches at One Call Stadium for just £18 - are available for this weekend's game against Crewe. 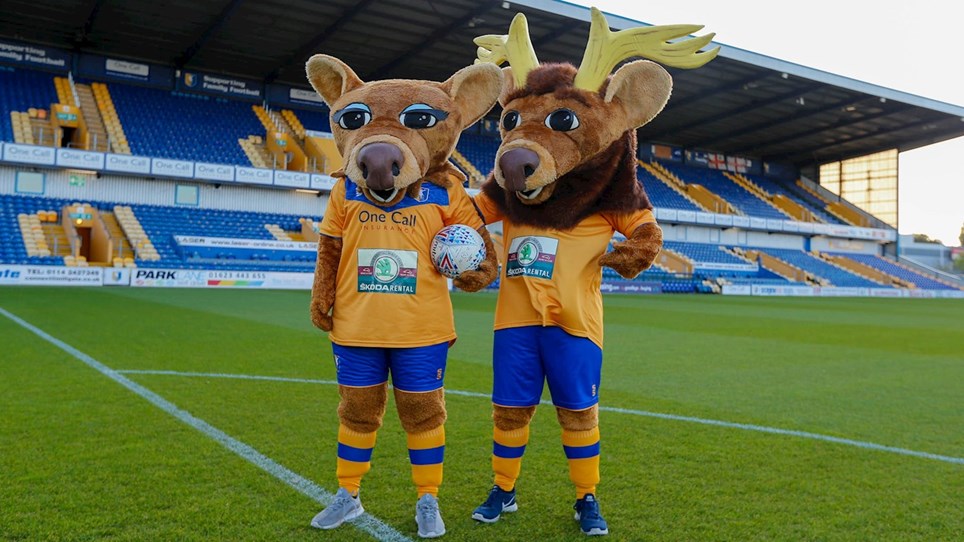 
Looking to add a bit of Mansfield Town to your birthday party, charity event or school fair? Our furry mascots Sammy and Sally are now available to hire! 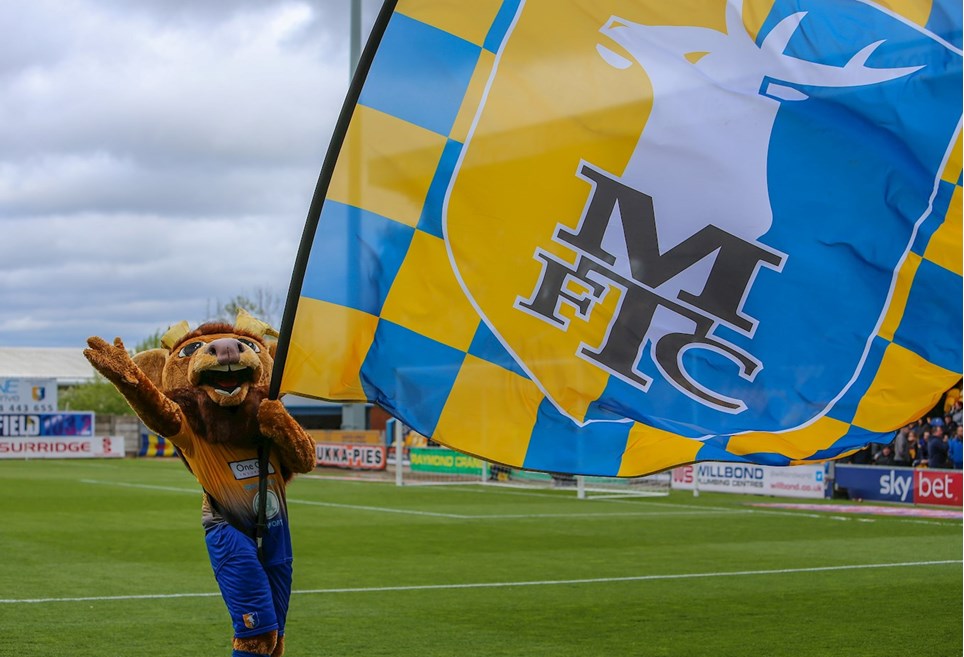 
Mansfield Town’s award-winning family room was initially built to attract the next generation of supporters to One Call Stadium - and while it still continues to do so with great success - for some,...


Family tickets holders can gain access to our award-winning family zone on Saturday ahead of the clash with table-toppers Swindon!

Man of the Match: Stags 2-1 Colchester


Voting is now open for Stags' Man of the Match from this afternoon's stoppage time victory at home to Colchester United.