Head groundsman Michael Merriman has explained the process of preparing the One Call Stadium surface for the 2019-20 season, with work now under way on the pitch ahead of the new campaign.

Following ‘very good’ feedback from players and officials alike from the recent season, ‘Mez’ says he is hoping to go one better this term.

He explained the current procedures taking place on the One Call Stadium pitch, with Stags’ first home pre-season game – against Championship side Blackburn Rovers – just seven weeks away.

“[We received] very good [feedback] on the pitch last season,” said Merriman. “Obviously, the winter months took their toll a little bit, but it was still very good. 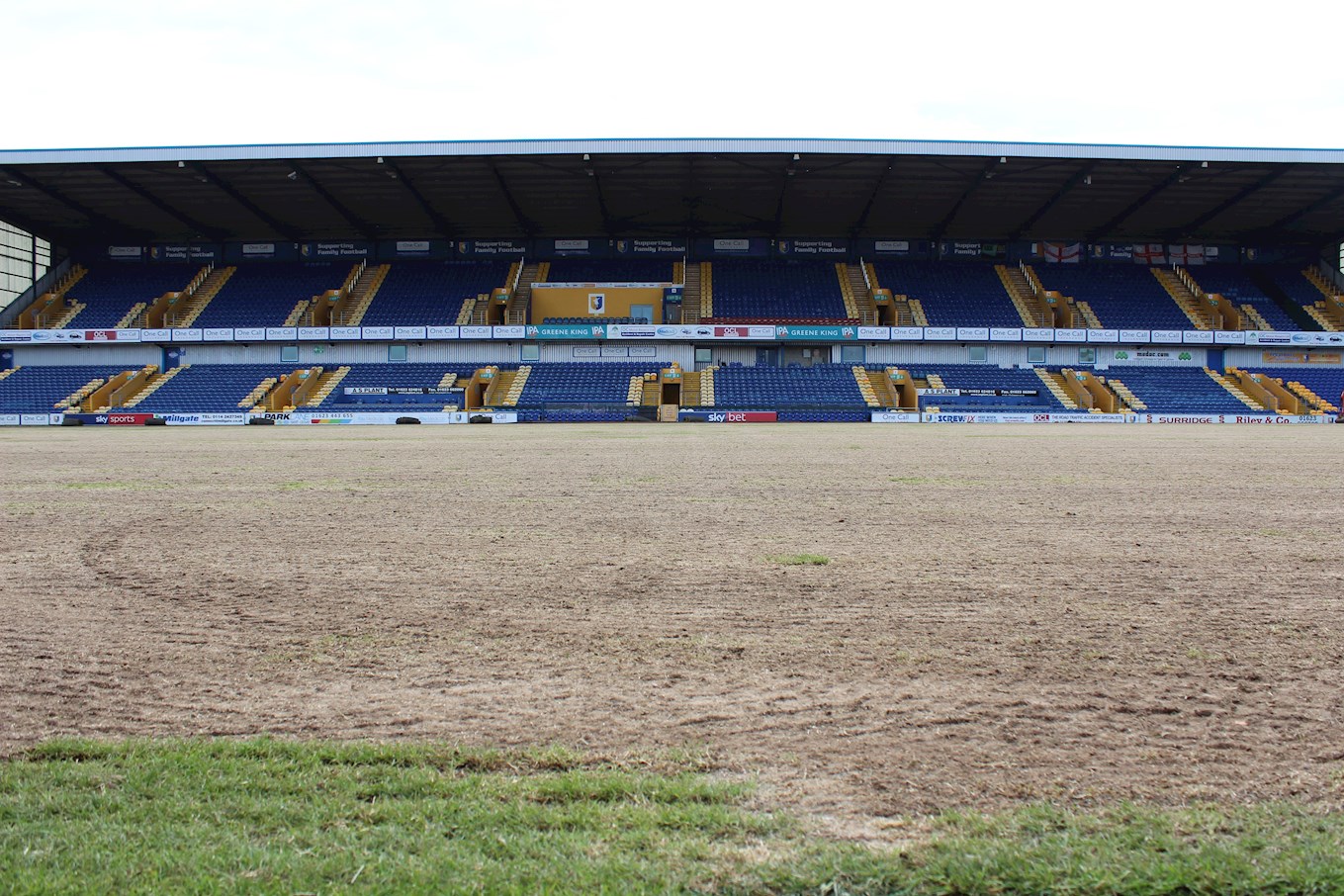 “We had a bit of trouble under the West Stand but we’re looking to eradicate that problem this year. But, as a whole, it [feedback] was fantastic.

“We’ve taken the top off [the pitch] now. It plains the vegetation out, but we haven’t gone deep, so it doesn’t take the fibre out.

“We’re doing a bit more work under the West Stand to plain that off, because it was a little bald. We had a lip where the water was holding, so we’re hoping to take that out.

“We’ll put 20 bags of seed on it, and off we go again. We had all the major work done two years ago with the drainage system. 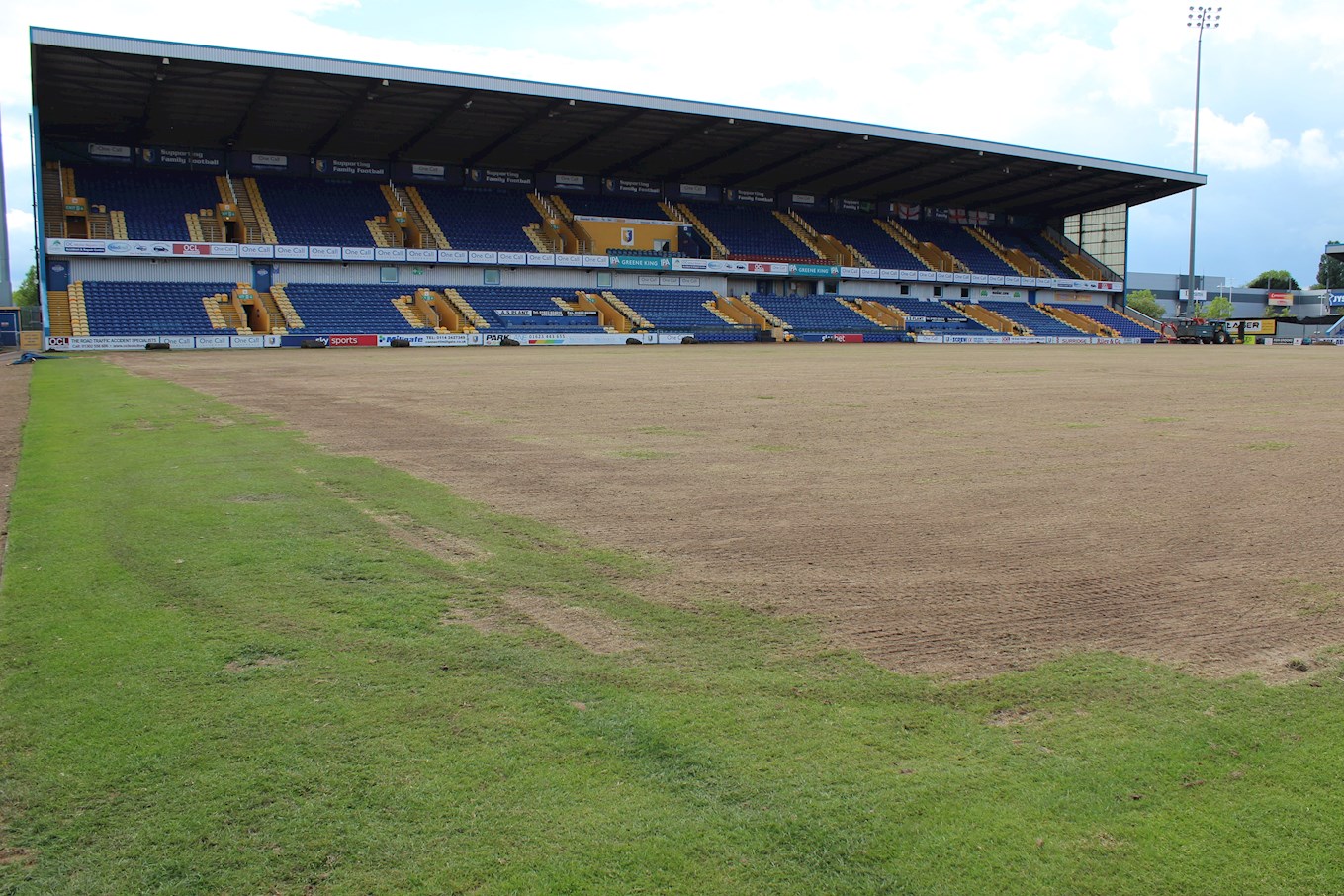 “We’ve had the fibre sand tested by Mansfield Sand and the levels are still good, so we don’t need to add any this year. We’ll look again at the end of the season and see what’s what again.

“In seven weeks, it’s the first game, so by then we’ll hopefully be up and running, and ready to go.”

Elsewhere, work is ongoing on the grass pitches at The RH Academy, which Merriman hopes will be available for use following Mansfield’s pre-season training base in Portugal during July. 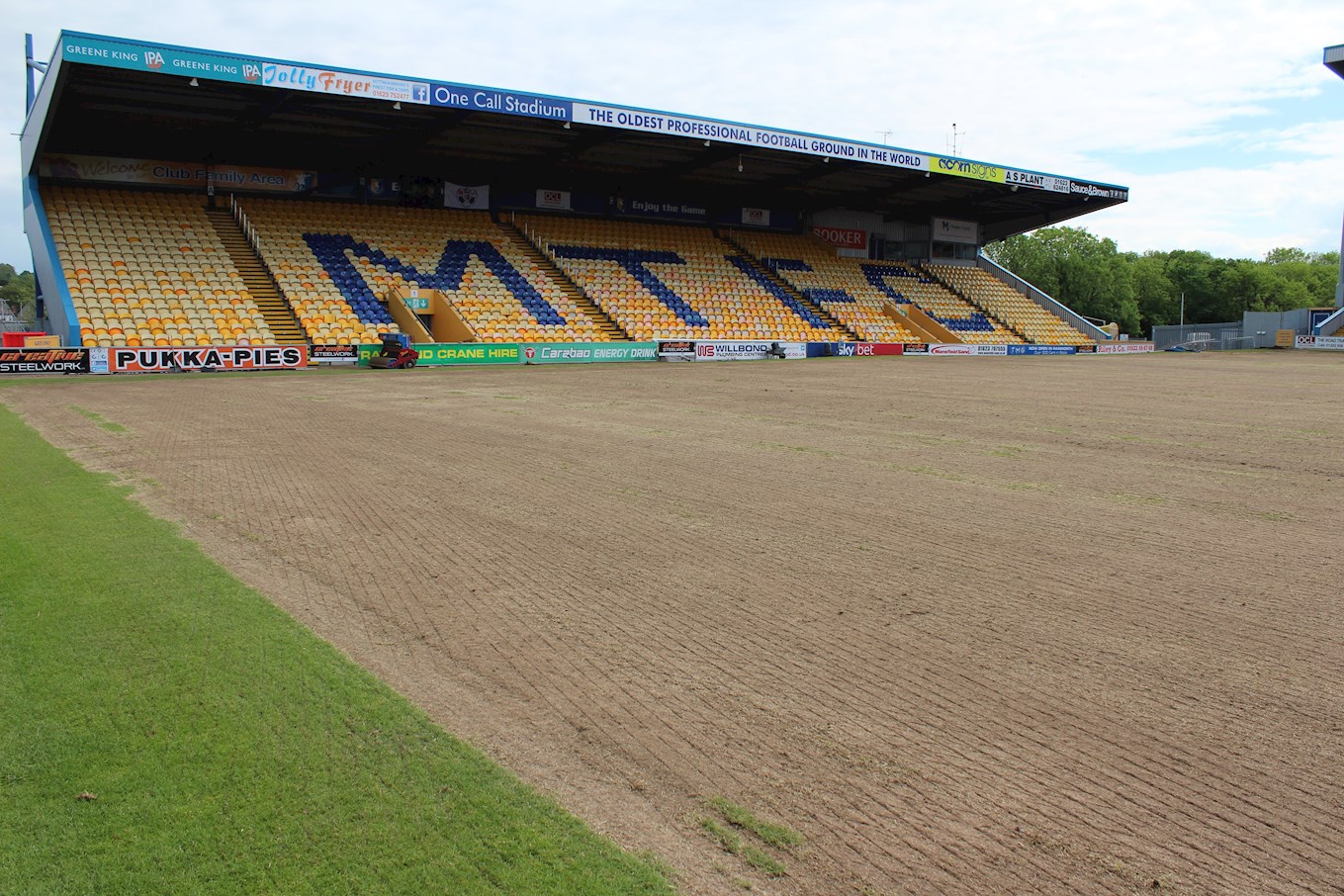 “Hopefully that will help with that. We’ve stripped all the top off [the pitch] and put 16 to 18 bags of seed back on it.

“Pitch one has had some plastic drains put in. It’s not having its top taken off that one, it’s just having a bit of top dressing and seeded. Pitch three is similar to pitch one.

“We’re looking [for the pitches to be ready] in the first week back after Portugal. I think they [players] will come to the ground for the week before Portugal and work on the top pitches.

“They’ll use that for testing, then The RH Academy should be ready by the time they get back from Portugal.

“That [training pitch at One Call Stadium] is a fallback now in case anything goes wrong [at RH Academy]. It’s a good pitch that drains really well.” 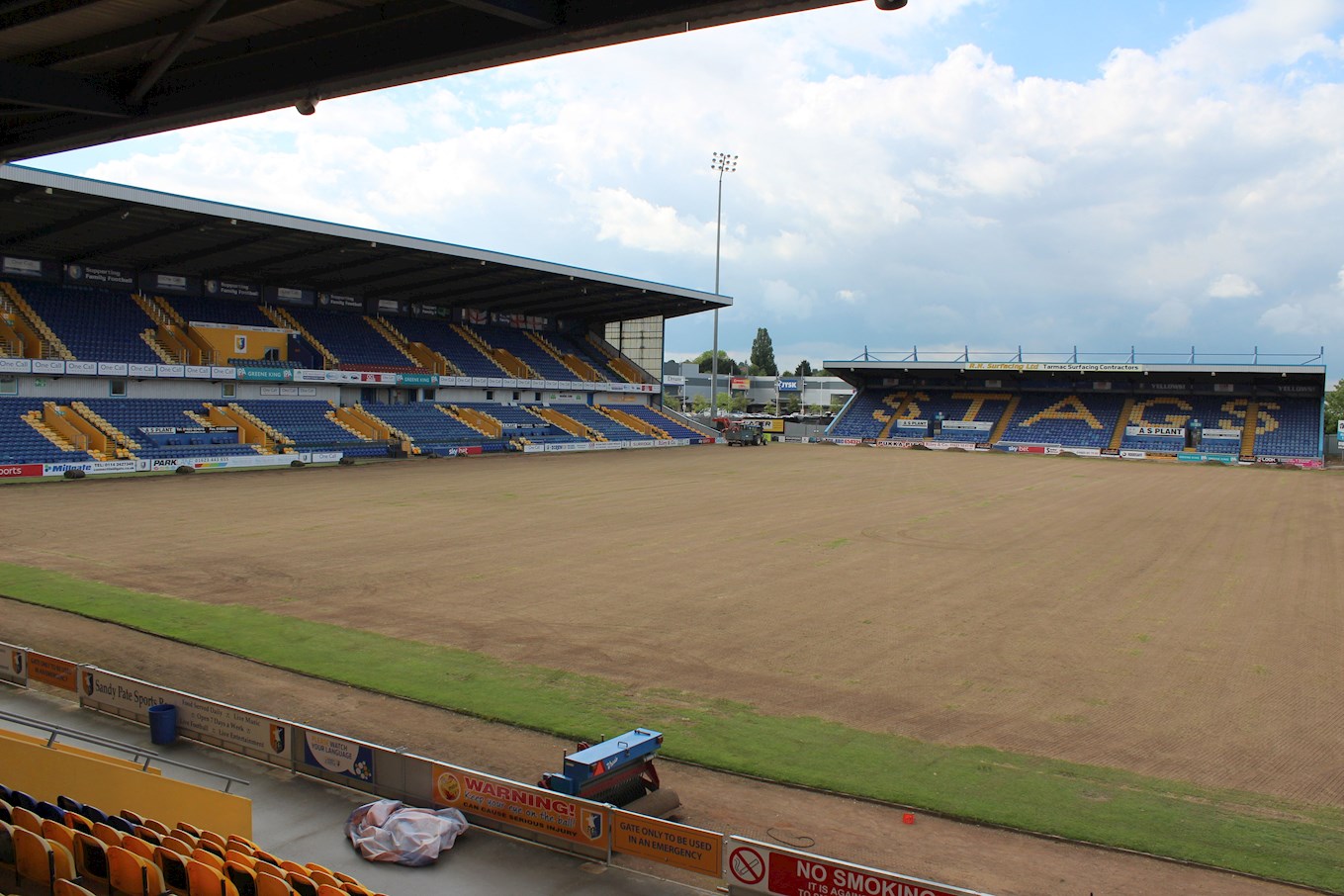 Stags’ head groundsman also added that new manager John Dempster plans to keep the One Call Stadium pitch the same size as seen in the 2018-19 campaign.

“We’ll be keeping the pitch the same size [for the new season].

“He [John Dempster] has commented on how good the pitch was last year so hopefully we can go one better this year.

“It’s [pitch] a lot better already because we had it turned over last year. We’ll have an even flatter surface this year.”

iFollow Stags subscribers can watch the interview in full by logging into mansfieldtown.net/ifollow.