New Mansfield Town manager John Dempster says it is ‘an absolute honour’ to be named as the Stags’ first team boss, and hopes to create ‘memories for life’ with the supporters during his tenure.

A former centre-back with the amber and blue, the new first team boss spent four years as Mansfield’s academy manager, winning the EFL Youth Alliance title in three successive seasons with his under-18 side.

The Stags’ chief reflected on the ‘unbelievable memories’ he has created during his time with Mansfield, and shared his hopes of making many more as first team manager.

“My first reaction would be to pay my respects to David Flitcroft and his staff, who are genuine good football people who were excellent with me during their time here,” he began.

“The club as a whole is in a good place, and I’m proud to be part of this football club - I always have been as a player, a coach, academy manager and now first team manager. 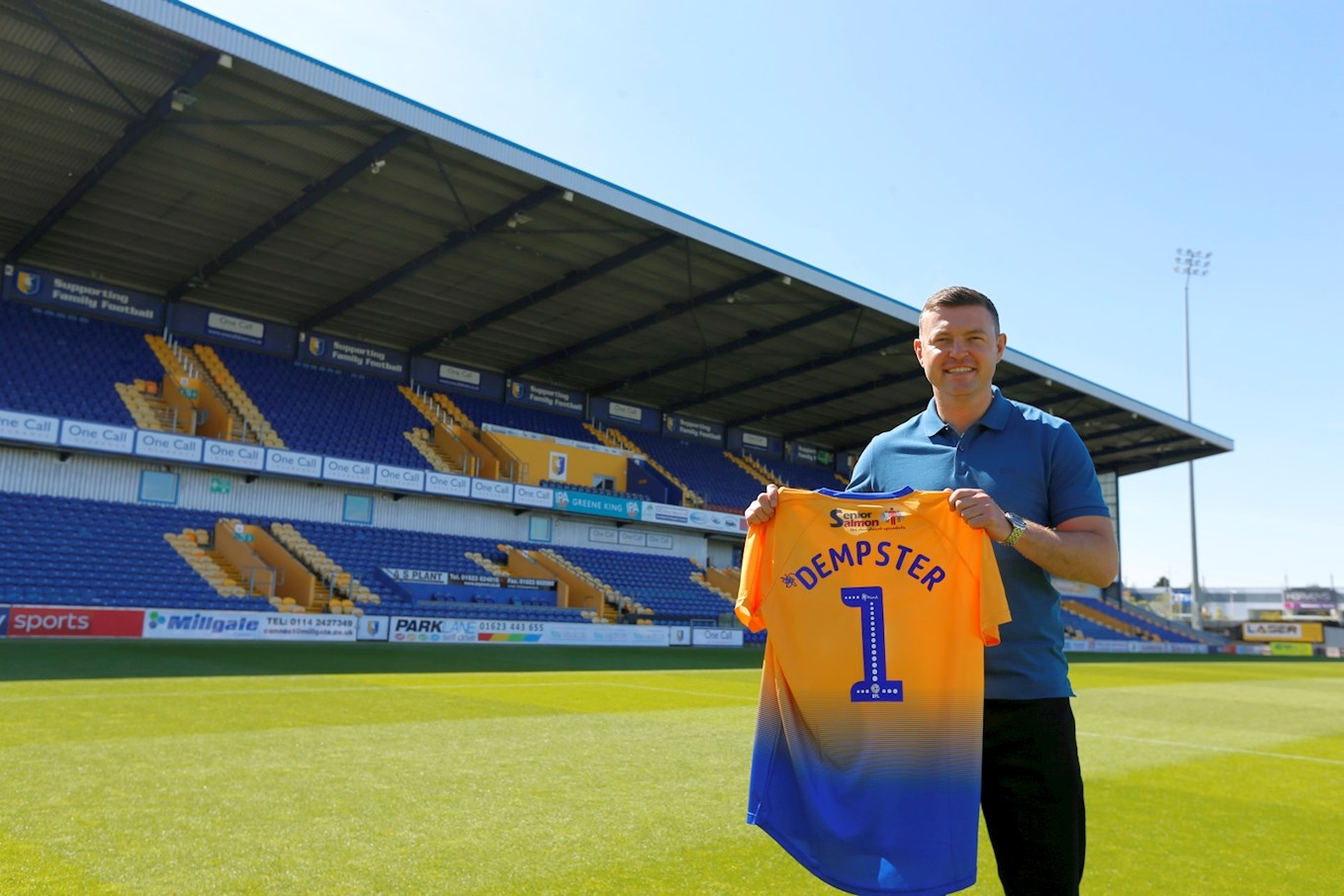 “I’m ready [to be first team manager]. I think people can disrespect the academy manager role, as there is a lot to it, with lots of different problems thrown at you.

“How I’ve developed over the last four seasons has been incredible, and I owe that to the club.

“I feel like I owe the chairman [John Radford] and Carolyn [Radford] for this opportunity. The board have always been supportive of me and I intend to pay them back.

“I know the supporters well and I know they can be demanding - and I respect that. They want the best for this football club more than anyone.

“All I can ask from them is their support, and I’m sure myself and the players will get it. We’ll look to kick on next season.

“I feel the heartache and I feel the pain from the way the season finished, and I think everyone at the football club does.

“I was part of the team that came out of the Conference [2013] and got the football club back into the league, and I was on the open top bus when we went round the town.

“It’s an absolute honour [to become first team manager]. I’m really grateful for the opportunity, and one thing I can guarantee is that I’ll grab it with both hands and give it my best shot.”

John Dempster says he will look for his side to be ‘attacking,’ while encouraging his players to be creative and play on their ‘instinct.’

“Without being cliché, hard work is the foundation for any football club in my view,” he added. “I could be seen as a modern day coach as I’m still only 36, but I believe in old school values.

“Hard work, wanting to be part of a successful team and putting the team first are all things I value, and I’ll expect the same from my players and staff.

“We need to be strong at set plays for and against, and I’m a big believer of doing the basics well.

“There will be no rocket science behind it. There will be a lot of planning and a lot of preparation, and I also expect the players to take ownerships.

“There is no coaching manual for a player turning on a sixpence and putting it in the top corner. That’s playing on instinct, and I’ll encourage my players to do that also.” 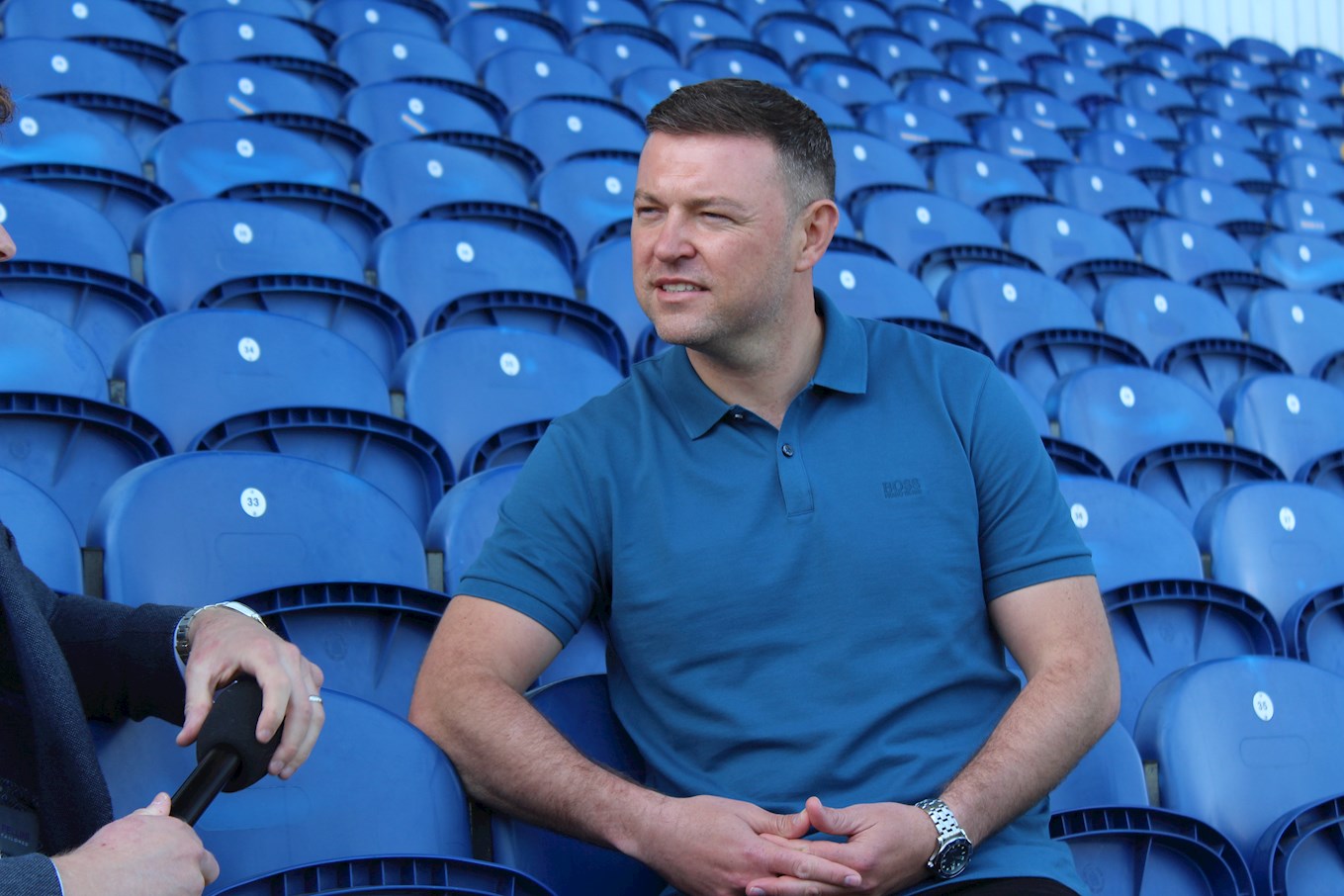 “After that, there will be planning and recruitment, both staff and players, to really get prepared for next season.

“I have a good knowledge of the players. I’ve watched the majority of the games this season and have spoken with first team staff.

“We’ll release the retained list as soon as possible. I understand that the players have been through a lot this season.

“They have just fallen short and we have had to make some difficult decisions, but that’s football, and we’ll crack on from today. 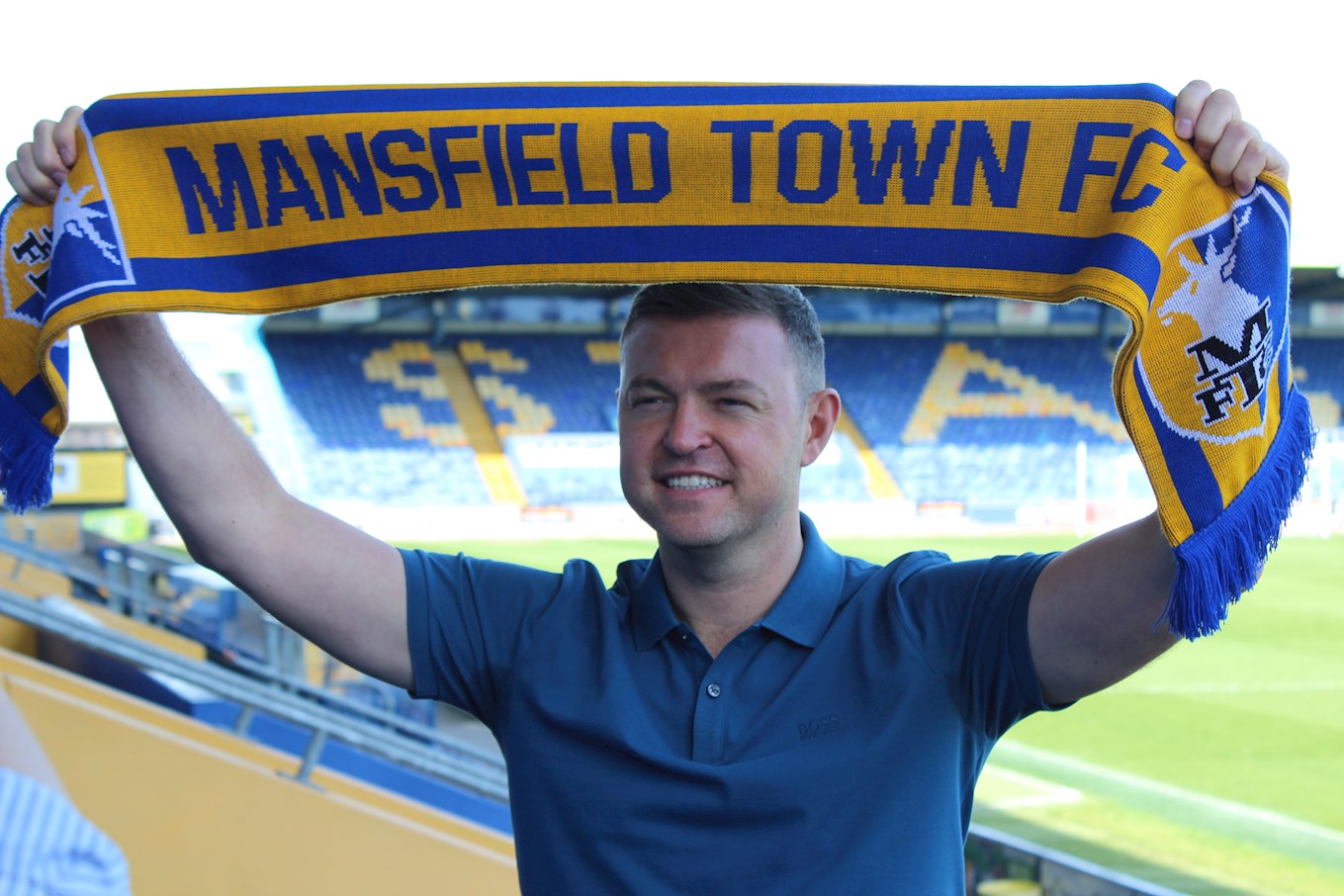 “It’s a strong squad with good character. One of the benchmarks of good character is how the squad have accepted the academy players when they’ve been training with them.

“I have [identified potential transfer targets]. There hasn’t been a lot of time since the decision was made, but there are targets in the pipeline - both staff and players.

“I’ll also be speaking to the contacts that I’ve got in the game that I’ve made over the years about the quality that’s out there.

“We’ll look to add to this squad that’s already strong - but we’re looking to improve it.

“I’ve been speaking to two or three people already [in regards to backroom staff] about potential roles. They [deals] are close and the people I have spoken to have been excited about the football club.”

After spending four years as academy manager, the Stags’ boss says that he will look to continue the links between the academy and the first team during his time in charge.

“[The academy is in] a good state. There is room for improvement, of course, as it’s still in its infancy at four years old.

“I know the academy inside out. I’ll look to continue to improve the links between the academy and first team, and the young players at this football club will get a chance if they’re good enough. 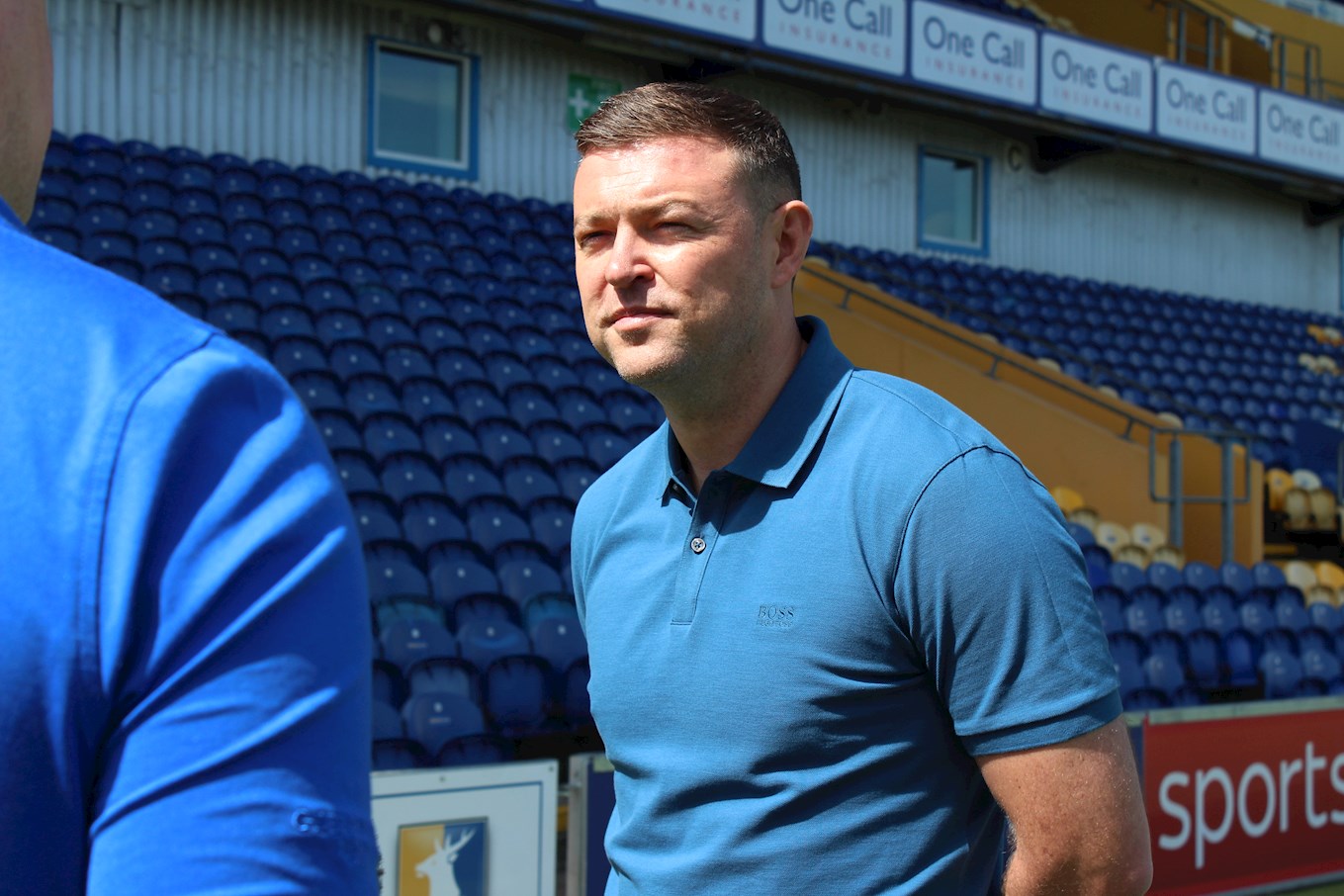 “There will be no givens, and they’ll have to work extremely hard to get in and around the first team, and even harder to get into it.

“If a young player is performing well in training, or scoring goals or keeping clean sheets for the reserves, there’s a good chance that he might be thrown in at some point.

“If a young player goes into the first team, sometimes it is sink or swim. I like to get the best out of people and players, and I demand high standards.

“I expect a positive attitude, but equally I’ll deal with people with respect. I expect the same back. I was brought up to treat people how you want to be treated, and that will remain the case.”