If there is one standout moment from the Stags’ proud Football League history, it is surely Saturday 14 May 1977 at the Racecourse Ground, Wrexham, writes former match programme columnist, Jon Griffin...

There we were up in North Wales, thousands of Stags’ fans in holiday end of season mood, about to witness the high point of Mansfield Town’s league existence, whilst also delivering a fatal blow to Wrexham’s promotion hopes.

The Stags were already on their way up to the old Second Division after a never to be forgotten season, but the other promotion spot was up for grabs, between our Welsh opponents on the day and Crystal Palace. 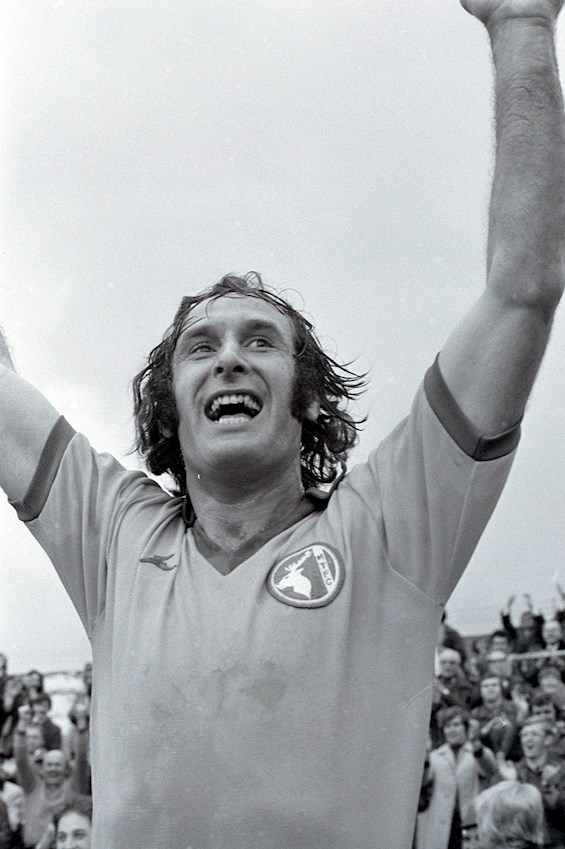 Tension racked the ground as more than 20,000 packed in for a winner takes all encounter. If the Stags won, we were champions, if Wrexham won, they were also up, denying Palace.

A few hundred or so Palace fans had even made the trip to North Wales to cheer on the Stags, such were the implications of the game.

Now, more than 40 years later, a man who played a pivotal role in one of the most memorable Stags days of them all is rolling back the years. 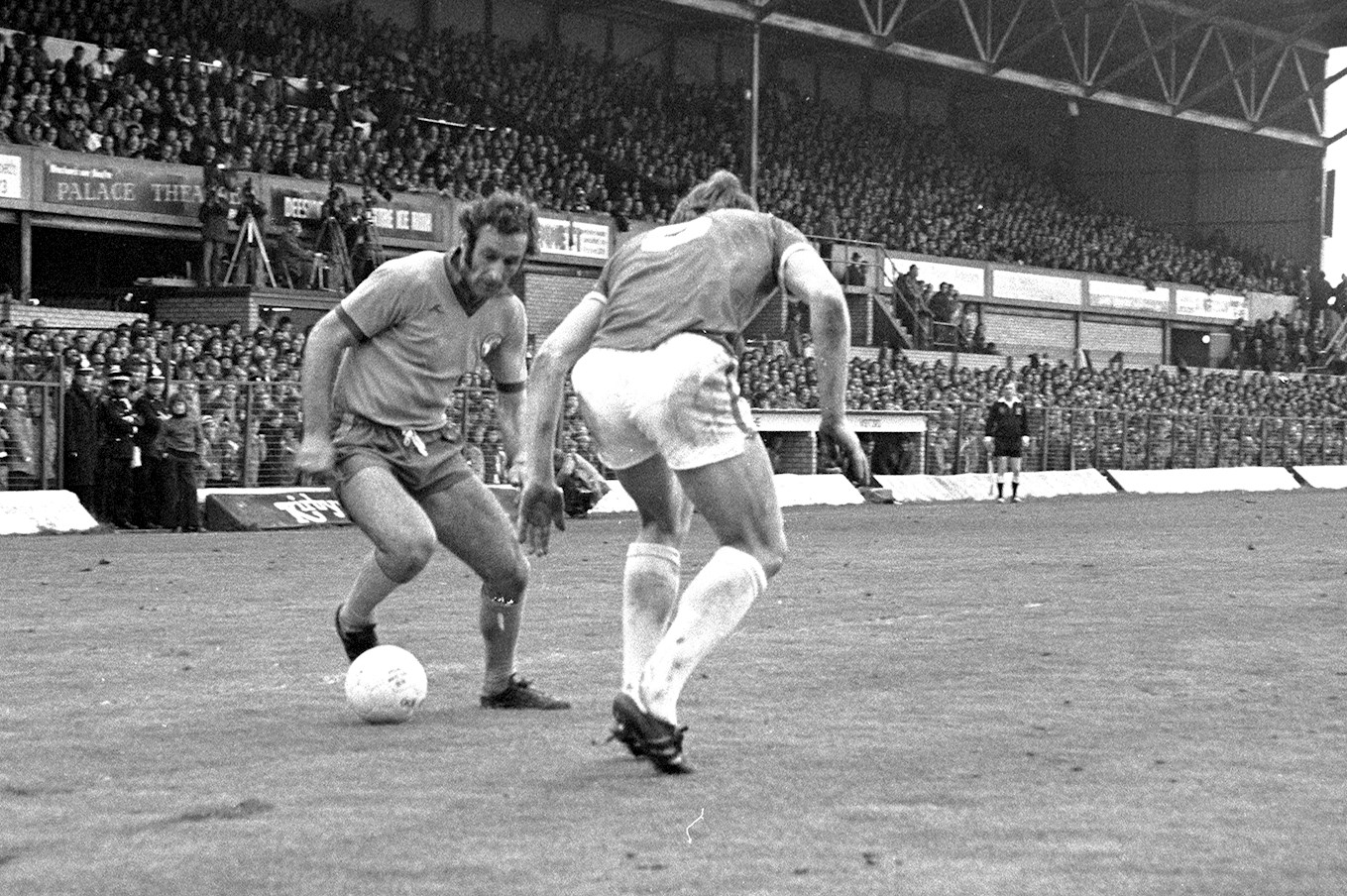 Ex-striker Kevin Randall, who would go on to become the Stags leading scorer with 18 goals that season, can remember it as if it were yesterday.

“Up at Wrexham that day, there were 20,000 or so. By half-time, goalkeeper Rod Arnold had had a bad bang on the head and he didn’t know where he was for the second half.

“In the last minute, I beat Graham Roberts down the right, got to the byline and Ernie Moss knocked it in. My recollection is of going into the bar after the game and all the Wrexham players were in tears. 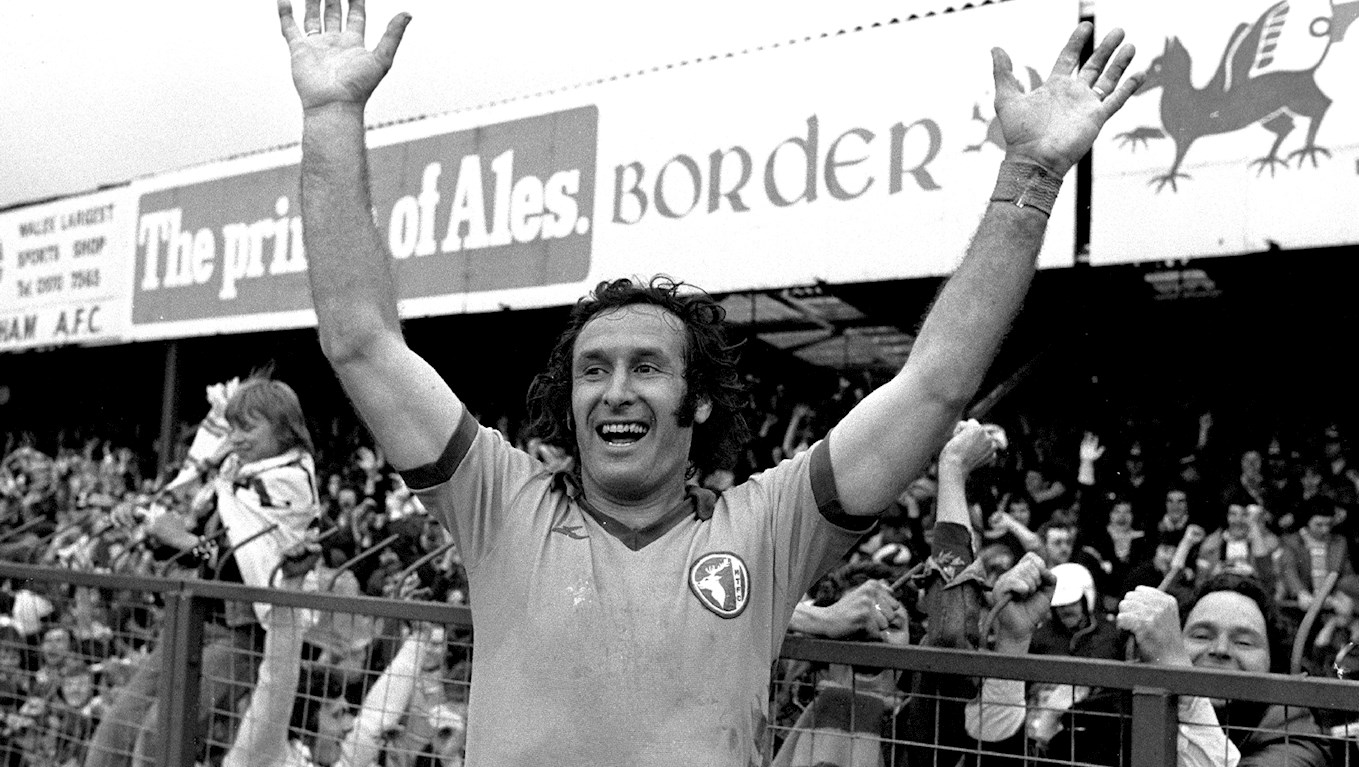 “In the week before they played us, they were playing (rivals for promotion) Crystal Palace and were drawing 2-2, when it went into injury time. In the last minutes Palace went 3-2 up, which meant Wrexham had to draw against us.

“In the final minute, Palace scored to make it 4-2 and that meant they had to beat us. We were already promoted, so there was no pressure.

“In the summer I was at Bisham Abbey on a coaching course, and Ian St John, Terry Venables and Malcolm Allison came in. I said to (Palace manager) Terry Venables ‘Are you going to buy me a drink?’ Terry said: ‘Are you Kevin Randall of Mansfield?’ He was very nice about it.

“Dave Smith signed me for Mansfield – he said I was the easiest player he ever signed. I was on £65 a week at Notts County and I went to Mansfield for £50 a week. I had just about gone out of the team at Notts County, I had been in and out and it was time to go. As I was driving home, I thought ‘bloody hell, what have I done?’

“One of the highlights at Mansfield was when we played Reading and won 4-0, and I scored all four. At the time, me and Ernie Moss had a great partnership. The chemistry was just right.”

Kevin, who in his later years, scouted part-time for Burnley, was signed for the Stags by manager Dave Smith.

“I first came to the attention of Mansfield when I was a player at Chesterfield and we won 5-0 at Mansfield, and I scored. I didn’t hit it off with Dave that first season, my dad had died suddenly and I had lost a bit of form the season before. 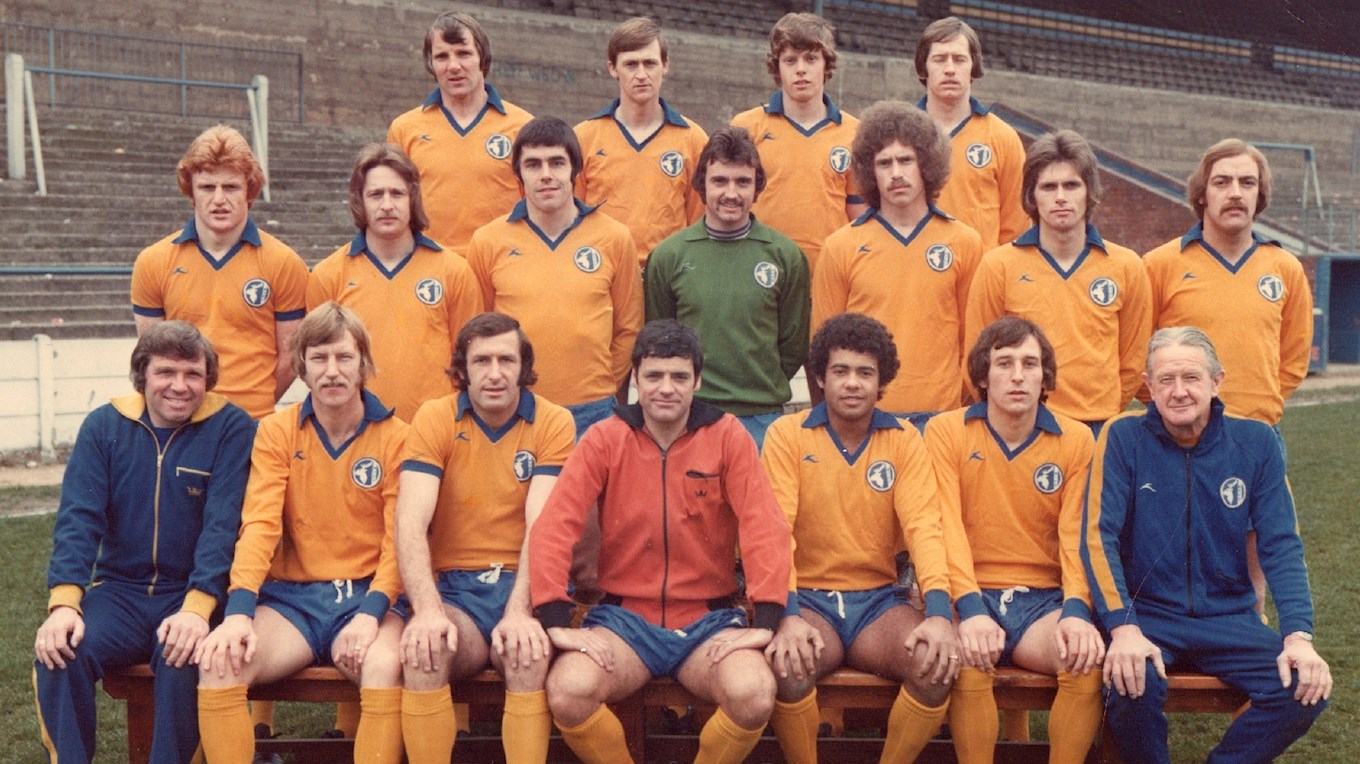 “Then Peter Morris came in, I was 31, Peter was 32, and I had not done well the season before. Peter’s training was very good. We had a great spirit, and me and Ernie got our share of goals, but we had defenders like Kevin Bird and Colin Foster, and they got nearly 20 goals between them.

“Me and Ernie were never close off the field, but on it, the chemistry was unbelievable. We had Gordon Hodgson, who was a very, very creative player.

"Once I got to know him, I really thought he was a hell of a player. When I used to train with him, he was always at the front, he was a very, very fit lad, with great stamina.” (Tragically, Gordon died in 1999, aged just 46).

“Colin Foster was a very good friend of mine at Mansfield and I was always friendly with Kevin Bird.”

Kevin still winces at the Matlock Town cup disaster that season, when the Stags lost 5-2.

“We played them at home in the FA Cup and we must have had 75 to 80 per cent of the play. Brian Arblaster in their goal stopped everything. It was one of those freak results that sometimes just happen. Then we played Wrexham the next game at home and we beat them.”

Kevin’s playing career at Mansfield came to an end when manager Peter Morris signed a new striker. “We had won promotion but then he signed Dave Syrett, and that pushed me out of the team.

"I was at an age where I wanted to be playing, but I was substitute for the first five or six games. 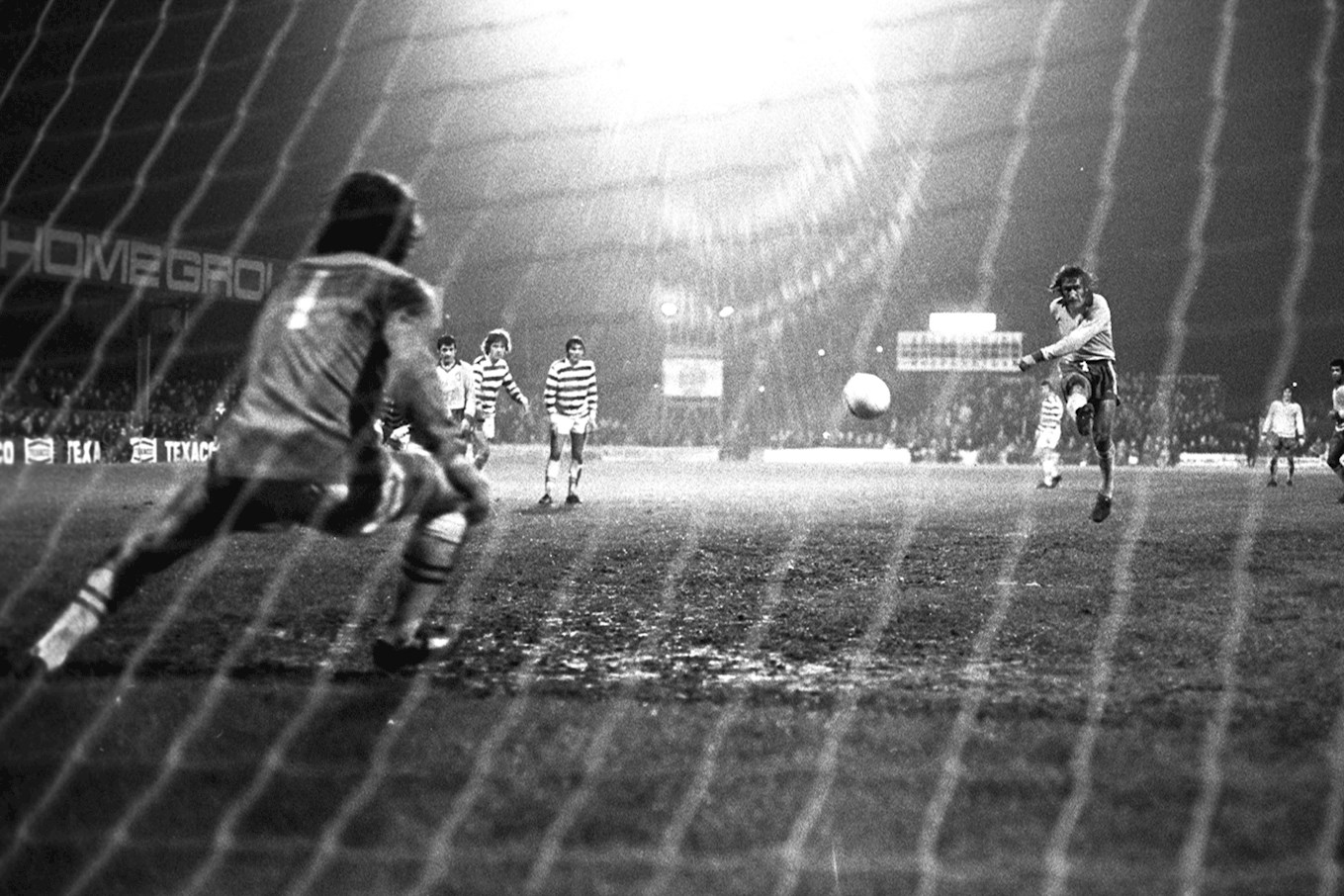 “I had the opportunity to go to York. It was a great part of my career at Mansfield. Ian Greaves later took me back (as youth development officer), they were some of the best years of my life.

“I won promotion as a player and we won promotion there in 1992. I went to Sheffield United for eight years, I did the reserves and took over the scouting. I was at Crystal Palace, QPR and Leeds with Neil Warnock. We have stayed friends all through the years. 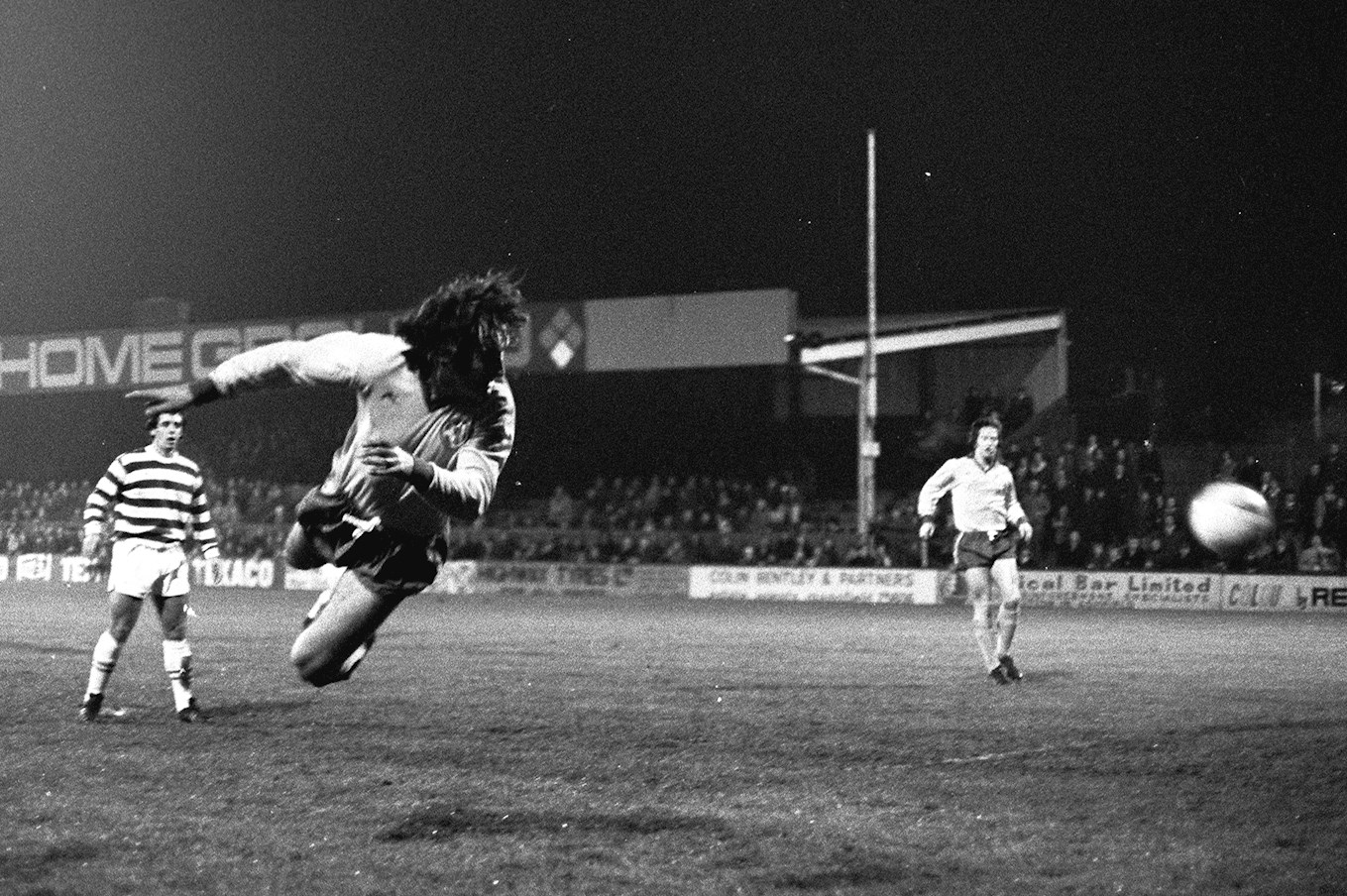 Kevin has had a distinguished career in football but will never forget his experiences at York.

“It just didn’t work out for me at York. But if I had the choice of my career over again, I would do it again. I have been very, very lucky. I have been in the game for (over) 48 years, and I have only been out of work for less than a year. It is a very insecure profession.

“When I got the sack at York City, I was 38 years old, I was frightened, all I knew was football. Everybody else is established in their career and you are stuck without a job.

“We were living in York, we had no car, no job, not much money. But in some ways, I enjoyed it because I found out I could survive. I just wish I was on the money that they are on now.

“But I enjoyed my career and had a great time. I do not think there is as much camaraderie among the players now as there once was. When we were players, we were all in the same boat. Now they are often financially secure.”

Kevin Randall was born on 20 August 1945. He died on 28 March 2019. The club sends its sincere sympathies to Kevin's loved ones at this difficult time.