It hasn’t taken Willem Tomlinson long to earn himself a new nickname in the Mansfield Town dressing room – and it’s one he is more than happy to have acquired...

After the Stags earned a 1-0 home win over Forest Green Rovers last month, manager David Flitcroft said it was like watching a Sunday League father and son duo in action, with the 21-year-old battling it out in the centre of the park alongside the evergreen Neal Bishop, aged 37.

The Twitter banter followed as ‘dad’ asked ‘son’ to bring him a Starbucks to training on Monday morning, a service the former Blackburn youngster said he would be happy to provide.

And by the time the team got back into training the week after, the joke had moved on to the point where injured striker Craig Davies labelled Tomlinson ‘mini-Bish’. It’s a moniker he’ll readily take, given what his vastly-experienced colleague has achieved in the game. 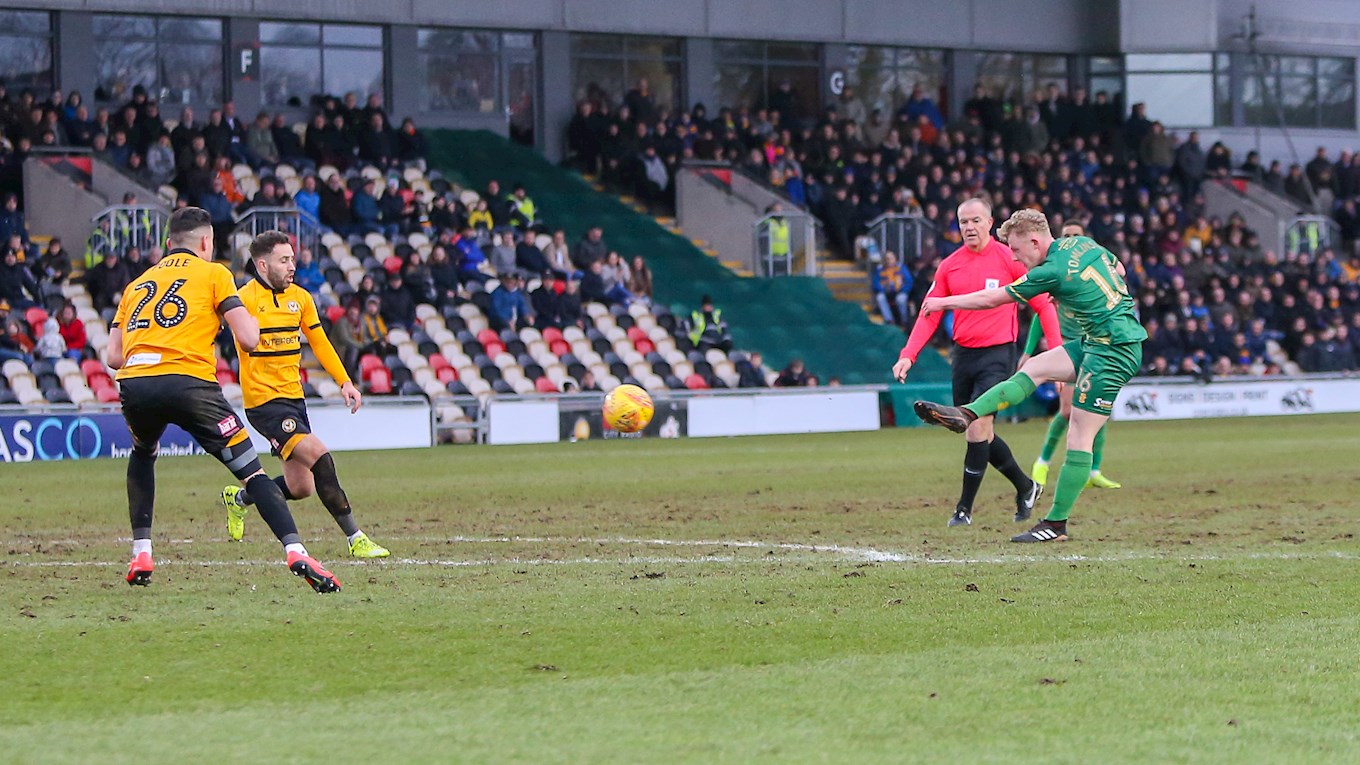 “I really enjoyed making my debut and it was great to help the team get back to winning ways after the defeats at Newport and Notts County,” says Tomlinson. “I got the man of the match award, which was really pleasing, and the gaffer compared Bish and I to a father and son afterwards.

“When we came in after the weekend, that’s when everyone started calling me mini-Bish after Davo started it going. I’m very happy with that, because Bish is 37 and still going strong, so that means at 21 I’ve got another 16 years in the game yet.

“It’s great to play with Bish and I was asking him about things throughout the Forest Green game. I’m just starting out, and I want to learn as much as I can.

“He has played hundreds of games and has so much experience, so I think he has to be just about the best person I could learn from.

“I’m driving in to training and by the time I get here, Bish has already been in the gym. He looks after himself so well off the pitch and he’s the absolute professional.” 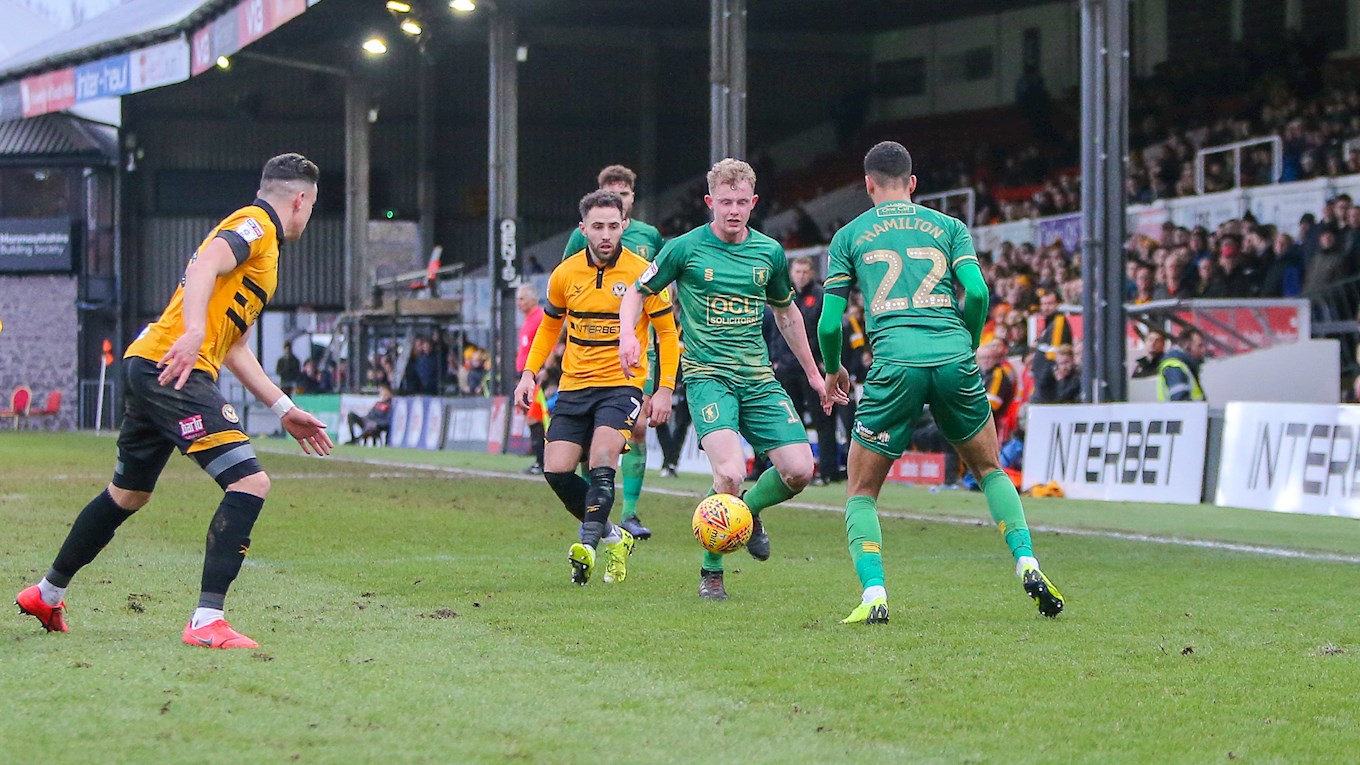 Tomlinson made his first Mansfield appearance as a second-half substitute at Newport, playing the last half hour in place of the injured Danny Rose.

He was handed his full bow against Forest Green following a reshuffle that saw Mal Benning moved into a back three to replace the suspended Ryan Sweeney.

The Burnley-born midfielder says: “I was happy with the way I started – I thought I might have to wait a little longer than I did to get my chance than I have, but now I’ve got it, I want to make the most of it and stay in the side.

“The bare minimum you can do as a player is work hard, get your tackles in and make it hard for the opposition.

“What people didn’t see much of from me, though, was what I can do on the ball, but hopefully I will improve on that side the more I play and the sharper I get. I haven’t played much for the last five months, so there’s more to come.

“The fans have been really good to me so far and they are going to have a massive part to play during the rest of the season. When they’re behind you, it gives you that extra five to 10 per cent.” 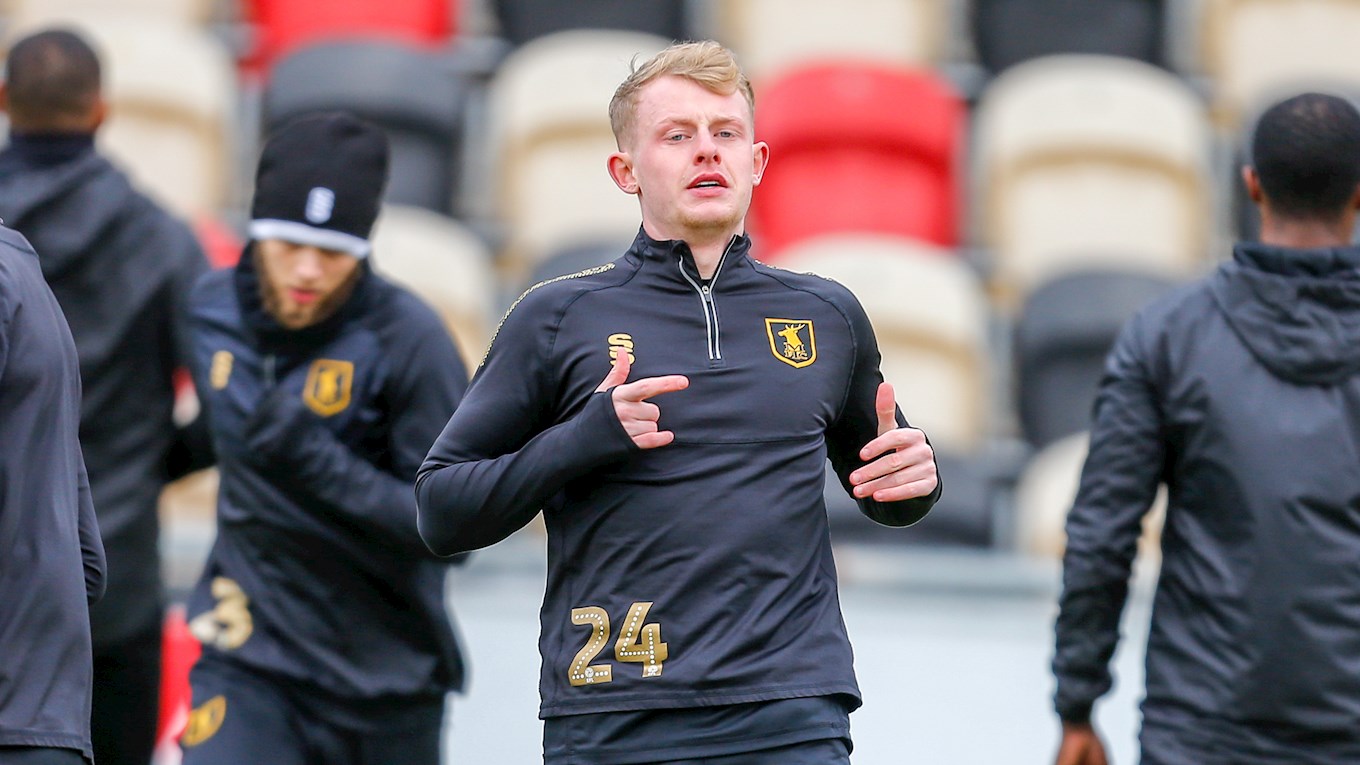 Stags' number 16 Tomlinson played just a handful of times for Blackburn Rovers, the club he had been with for almost a decade and throughout his teenage years.

He had been set to sign for Exeter City when a late phone call from David Flitcroft led him to change his mind and sign an 18-month deal at One Call Stadium.

“There were a couple of clubs interested when I knew, in October, that I was going to leave Blackburn,” explains Tomlinson. “But I knew the assistant manager at Exeter, so I went down to take a look.

“I was just about to sign for them, literally, five minutes from doing so, when the manager here rang me and told me his plans and I was really impressed by what he had to say, so I decided to move here instead.

“He has a reputation of developing players, which is what I need at this point in my career, and I’m looking forward to the run in to the end of the season. 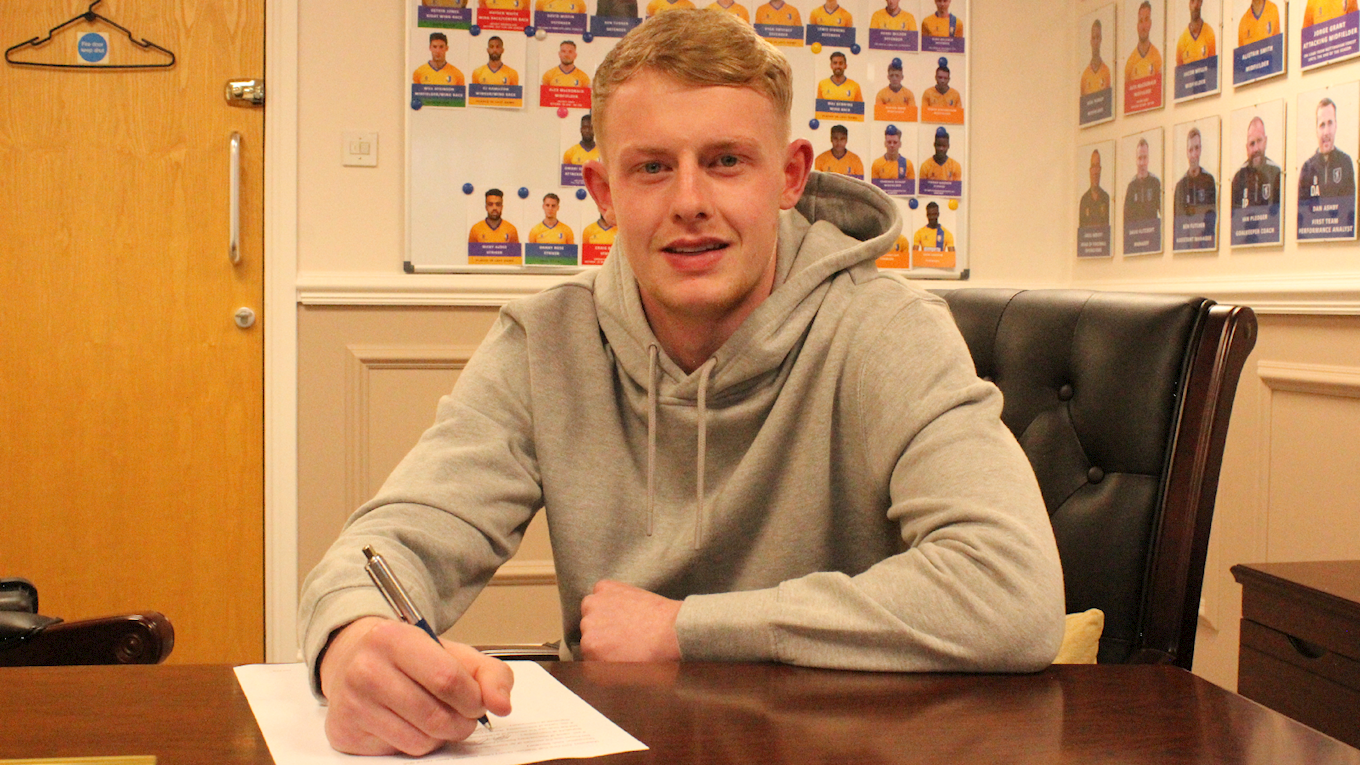 “It’s hard to predict what is going to happen, because League Two is very unpredictable, but we believe we can get the automatic promotion that the fans want.”

Starting out at the age of six, Tomlinson was soon on the radar of hometown club Burnley, but soon returned to club football with Mill Hill.

It was when he was ‘11 or 12’ that the Clarets renewed their interest, but he instead decided to join their rivals, Blackburn, who had the better training facilities at that point in time.

Tomlinson remembers: “I did get a bit of stick at first because I was from Burnley, but it soon passed and it was a good club to be at.

“I came through with a couple of lads who are in the first team at Rovers now – Ryan Nyambe and Lewis Travers – and it’s good to see they have done well for themselves.

“For me it didn’t quite work out, but by coming to Mansfield, I’m now enjoying coming in and looking forward to training. I’ve got my love for football back that you can lose a little playing reserve team football.”

Tomlinson, who followed Chelsea in his younger days like his dad, has been a big admirer of Frank Lampard, and hopes he can bring a similar box-to-box style of play to the Stags’ engine room.

Away from football, he loves nothing better than to get in a round of golf, and is open to invitations to play from the rest of the Mansfield squad.

“I’ve heard Macca [Alex MacDonald] and ‘dad’ [Bishop] like the odd round, so if the offer comes in, I will be there,” says Tomlinson. “I’ve got the golf clubs in the boot just in case anyway.”