New Mansfield Town goalkeeper Aidan Stone says a trial towards the end of last season convinced him that the Stags was the club where he wanted to ply his trade.

The shot-stopper joined th club yesterday following a spell at Premier League outfit Burnley, and will battle Conrad Logan for the number one spot while Bobby Olejnik recovers from his ACL injury.

“The way the club and the staff were with me when I came in on trial, it made me feel that I really did want to sign for this club.

“Certainly after that game, that’s where my heart was certainly set, and this is the place that I want to pursue my football career. 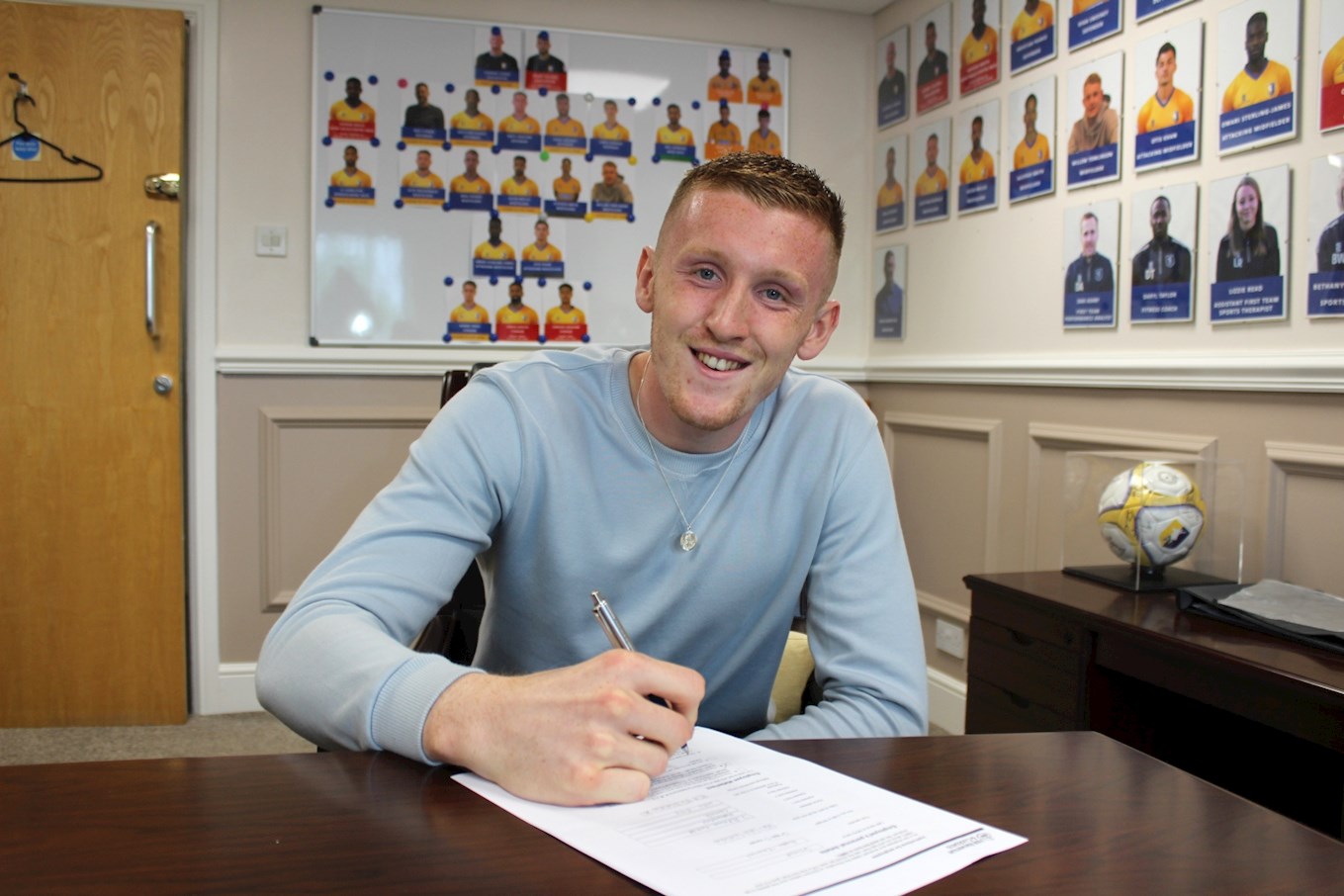 “Since coming in, I have realised how big of a club this is and how much it means to the supporters.

“The club has a good feel to it, and that persuaded me to make the step and come here.”

Asked about his strengths, Stone said: “I’d say my shot-stopping ability and my distribution into wide areas. I’m able to pick a pass out, and playing with my feet is one of my main strengths.

“It’s something that I have worked on for quite a few years now. I’d say that’s definitely one of my main strengths.

“I thought it [trial match with Mansfield against Port Vale reserves last season] went quite well. I had been told I wasn’t getting a contract [at Burnley] so I was a bit nervous going into the game.

“I didn’t know many of the lads, but the way that they helped me ease into the game really made me feel welcome.

“As a boss, he [John Dempster] is a great guy. I’ve had a couple of conversations with him, and he knows what he wants.

“He has a clear plan and hopefully I want to kick on and help with that. On the whole, he is a really good guy. 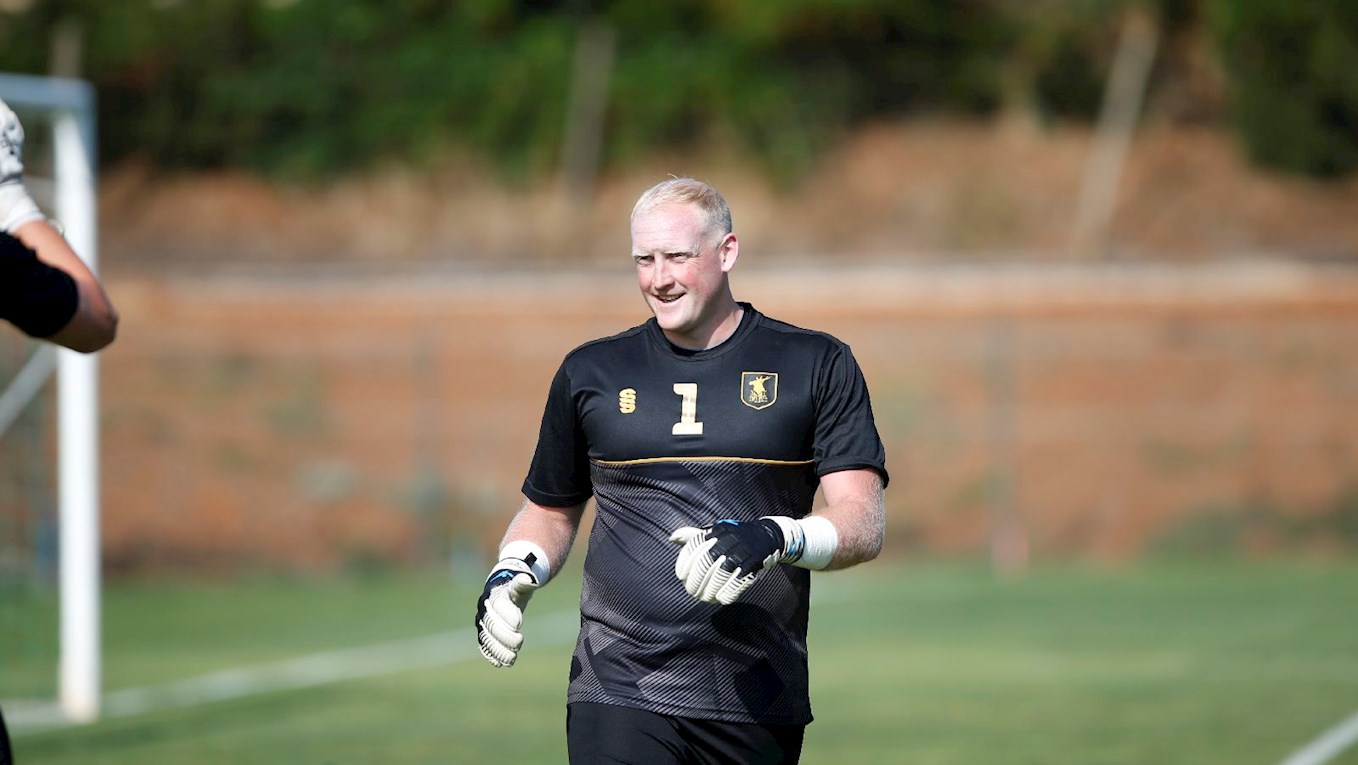 “I also spoke to Conrad [Logan, pictured above] when I came into training [on trial] towards the back end of the season.

“He is a really nice guy – he encourages you and has a great work ethic. To be able to challenge with someone like that only excites me.

“Hopefully we can push each other, and in the end, the club is moving forward. It’s a great opportunity to work alongside him.

“I’m hoping that his experience rubs off on me both on and off the pitch. He knows how to act and the way he conducts himself is something that I am really looking forward to learning from.

“This environment, where I am closer to Conrad and the rest of the group, is one that will only make me a better player.”

Stone also reflected on his time at Premier League outfit Burnley, his most recent club before joining the Stags. 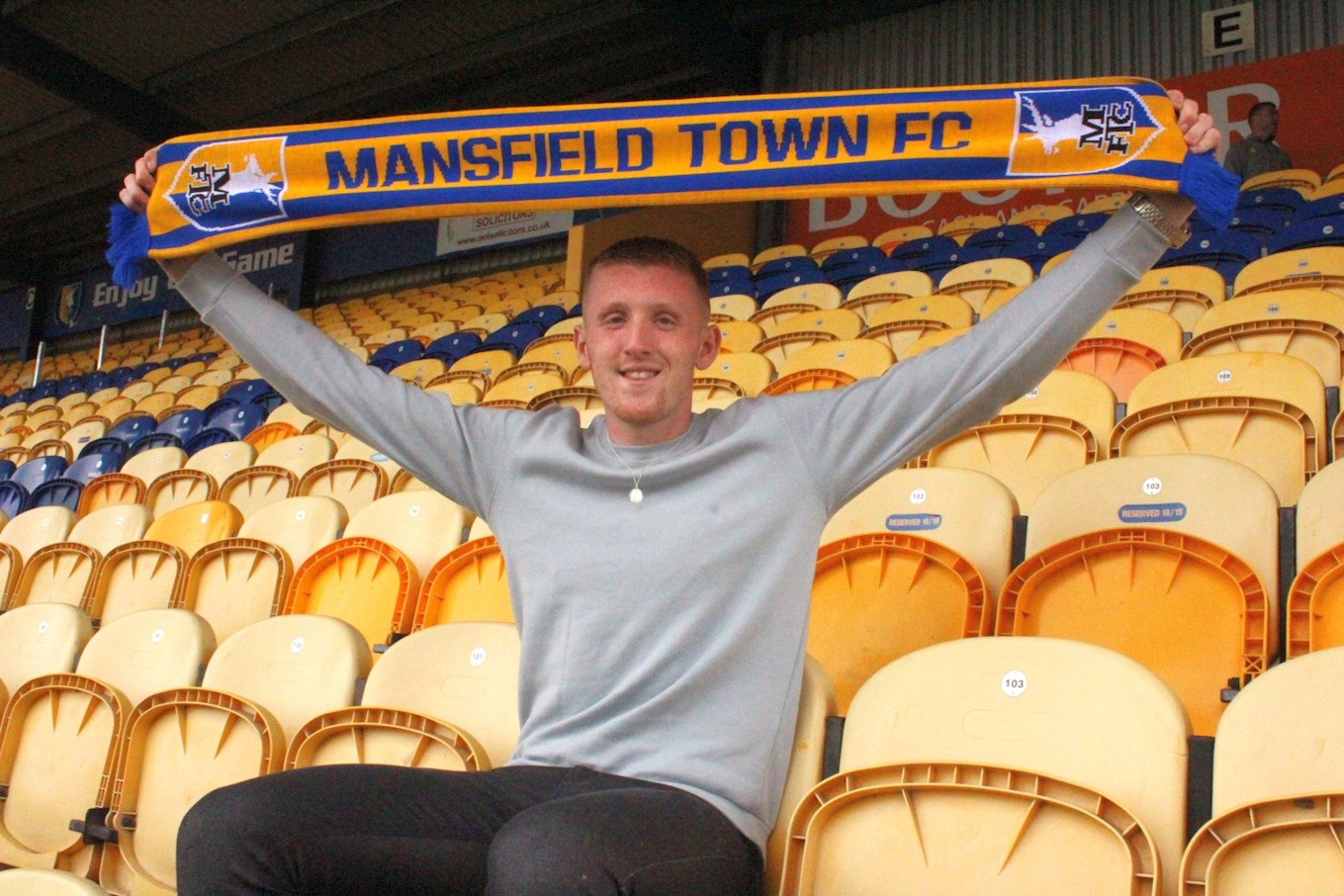 “I have good memories [with Burnley]. They are the club that gave me the opportunity to get into professional football, coming from non-league.
“The good memory from the back end of last season was getting into the Lancashire Senior Cup final.

“To play in that final against our local rivals, Blackburn, was something special, and a good game to be involved in.

“[At Burnley] I learned the way that you should act as a professional, from people like the senior goalkeepers at the club.

“You learn more about yourself, as you always think you’re working hard, but when you go into that environment, you know that’s the level you need to be at.

“The determination and the work rate are what you learn.”

To watch Aidan's first interview, log in to www.mansfieldtown.net/ifollow