Stags’ fans Simon Morgan, Nigel Hill and Martyn Cheatle are part of a group hoping to raise over £35,000 for Prostate Cancer UK, ahead their charity challenge of cycling to Amsterdam this week.

The Mansfield fans are members of a team comprised of 17 riders travelling from several locations around the East Midlands to the Dutch capital, with a total of just over £33,000 being raised so far across the board.

They are taking part in this year’s Football to Amsterdam ride, in which riders can select two starting locations – in Barnsley or London – and ride down as a group to Amsterdam, flying their respective teams’ colours.

However, to make their challenge that bit tougher, amber and blue supporters Simon, Nigel and Martyn will add an extra day to their cycling challenge, by riding from their doorsteps to the start point in Barnsley on Thursday.

“The nerves are kicking in, but also, at the same time, we know it’s coming and we have to do it,” said Simon (pictured below). “Before we know it, it’s all going to be over.

“That extra day [riding to Barnsley], we know is going to be tough. It will hit us at the beginning and it will hit us massively at the end.

“The plan is to come out - straight from home - as steady as we can. We’re anticipating between five and six hours in the saddle each day, and it’s going to be three days [to Amsterdam].

“Every day, we’re looking to set off at about half-eight in the morning, and we’ll get back at around five o’clock, depending on traffic and weather. 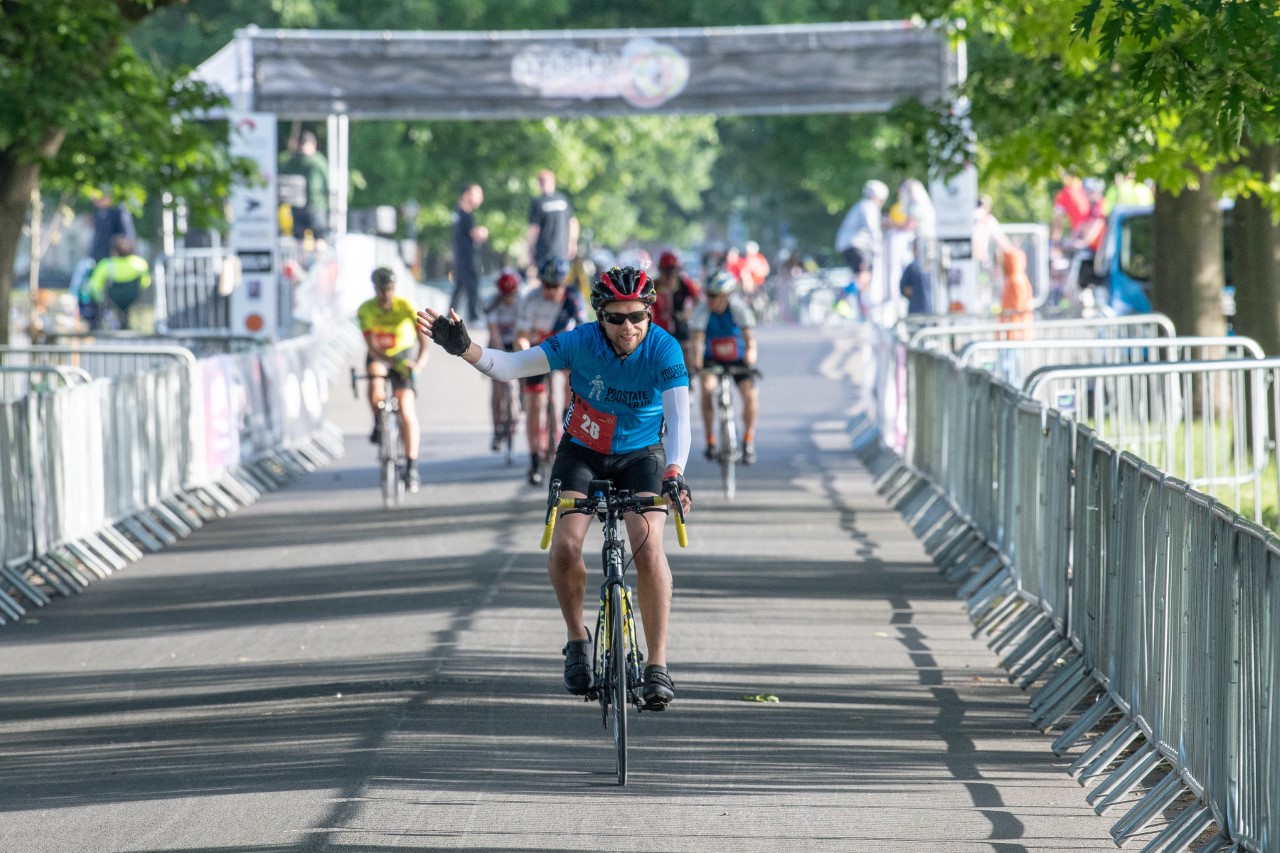 “Personally, my training has been minimal! I don’t think you can ever do as much as you want. I’ve been doing lots of gym rides. Some of the other lads have been out for longer rides.

“The thing that gets you through when it gets a little bit tough are the other lads that are with you. They ride beside you and give you a little tap on the shoulder. There is a pack mentality.

“We know that we have all of the people that have sponsored us behind us. Any dark moments or dark times, you just revert back to that.

Martin explained his motives and influences for taking part in the charity challenge.

“Two days before last year’s ride, we lost one of the riders [Paul Dear] to Prostate Cancer.

“It is out there and it is a terrible disease. Getting everyone aware is what we’re trying to do. 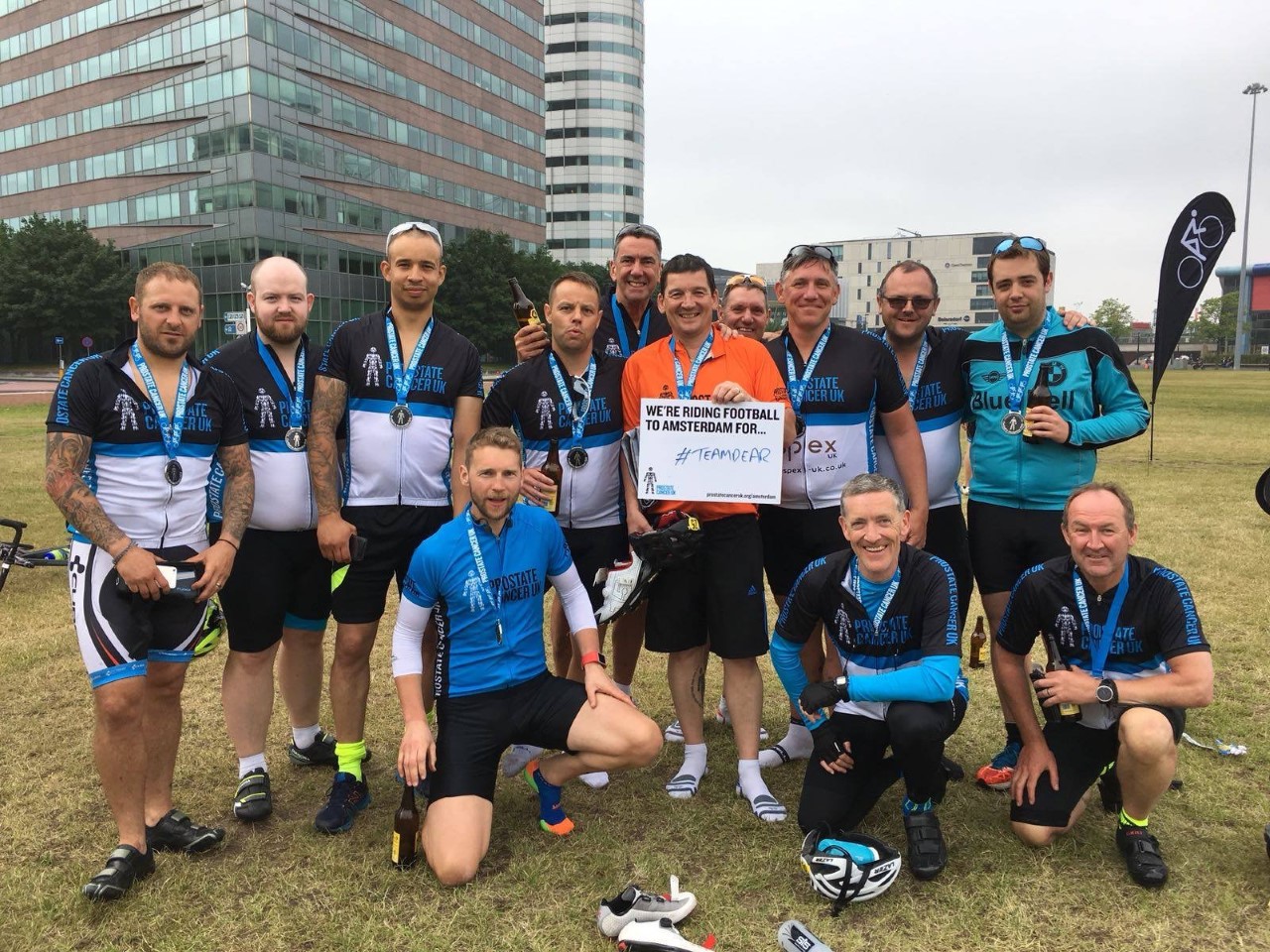 “The money [raised] is fantastic, but with just a short check with the doctor, you have a better chance of being cured. So, raising awareness is key to us.

“When I’m at my low point going through the ride – which I will be – I’ll just think of Paul, and he’ll get me through it.”

Nigel added: “When you speak to some of the guys that you speak to whilst doing the fundraising, it really does hit home.

“The more we can get the message out to people, the better. The motivation for doing it [Football to Amsterdam] is knowing that you’re helping these people.

“Last year was the first year I did it, and the camaraderie is fantastic. We’re heading into the unknown this year, because we’ve all done long-distance for two days, but I don’t think any of us have done three.

“We’ve decided to set off from our hometowns to give it that extra slant. We’ll all meet up en route over the Peak District then head to Barnsley together.”

You can donate to Simon’s JustGiving page by clicking here. All donations will go towards the ‘Team Dear’ total, which currently sits at just over £33,000.

To read more about ‘Team Dear,’ you can visit their website by clicking here.


Nigel Clough makes five changes to the side that won 1-0 at home to Tranmere on Saturday.