We are delighted to announce that exciting young striker Jimmy Knowles has signed a two-year contract with the club.

The 17-year-old forward caught the eye of Mansfield coaches last term, his first season as a scholar with our under-18s.

His impressive performances for the under-18s led to him making regular appearances for Stags’ reserves.

The standout performance from Knowles for the reserves came in March, at home to Port Vale, when the young striker remarkably fired home all four of Mansfield’s goals.

His incredible display against the Valiants resulted in a trip to Exeter with the first team, as he made the bench for the 4-1 win in Devon. 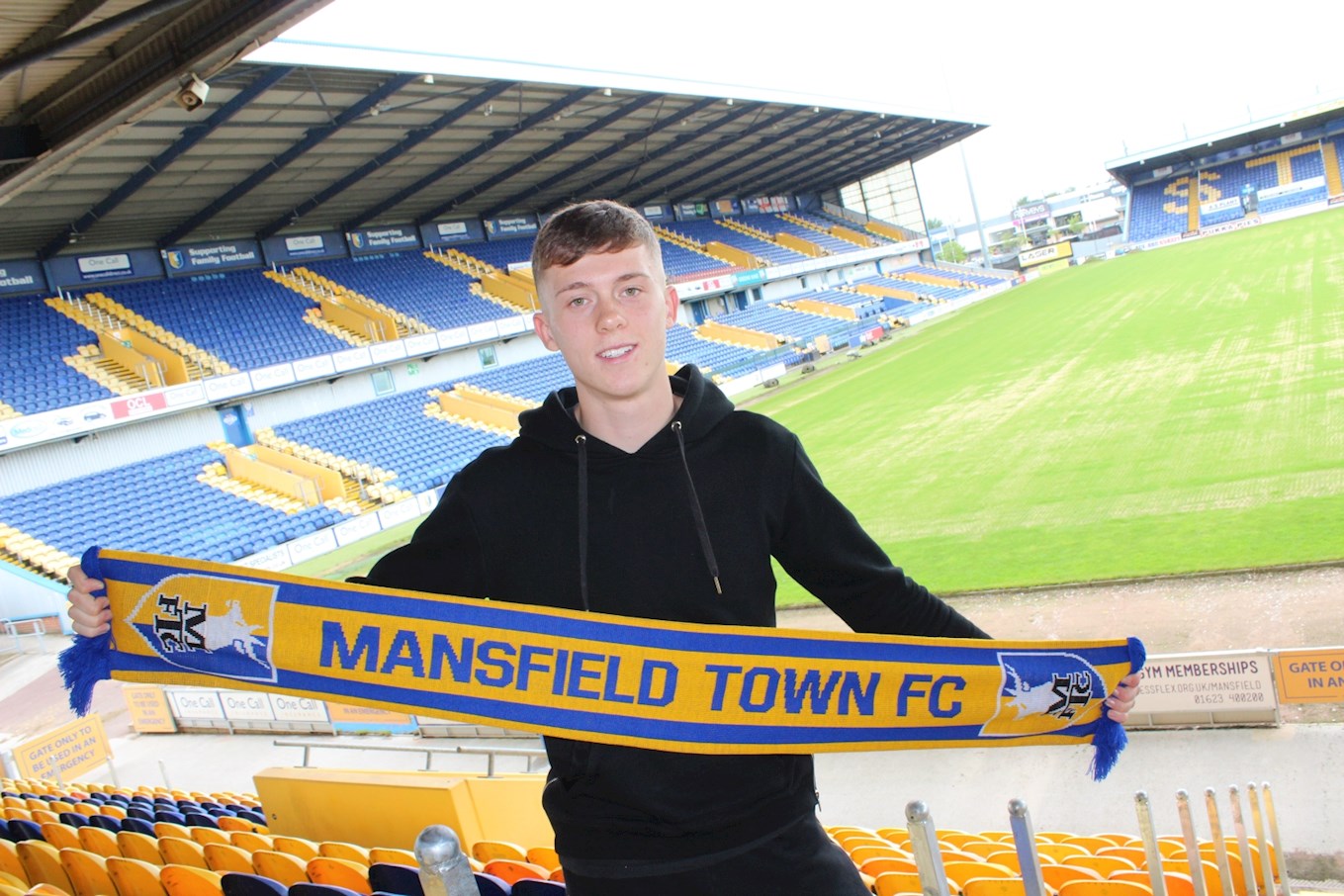 Knowles said: “I’m over the moon – to finally sign my first professional contract really is a dream come true.

“I’d like to have a good pre-season and get some minutes on the pitch and see where that takes me.

“I want to make my debut and hopefully score a goal. I’ve just been trying to keep as fit as I can ready for the upcoming season.

“The manager [John Dempster] makes you work hard – which is a given in football – but he also wants to win. That’s been proven over the last few years by winning the youth team titles."

Man of the Match: Barrow 1-3 Stags


Voting is now open for the Stags' Man of the Match from this afternoon's superb 3-1 victory over Barrow.

‘That’s as good as it gets’ - manager


Mansfield Town manager Nigel Clough believes this afternoon’s heroic ten-man victory away at Barrow is ‘as good it gets’.

We showed resilience to win - McLaughlin


Left back Stephen McLaughlin says that defensive resilience was key for Mansfield to overcome a ‘tough task’ and defeat Barrow 1-3, despite being reduced to ten men.


Mansfield Town manager Nigel Clough names an unchanged side to the one that started the Stags' abandoned contest away at Forest Green Rovers on Tuesday evening.