Stags’ boss John Dempster has spoken about his recent discussions with owners John and Carolyn Radford as the trio recently met to mastermind a successful season next term.

The new manager– our former academy chief – recently met with the chairman and chief executive at their residence in Portugal.

He will also see the owners later this week when he, his staff and squad fly to Amendoeira as part of a ten day training camp.

Speaking at a news conference at One Call Stadium today, Dempster said: “We discussed different things about the football club, mainly targets and they backed me straight away with Andy Cook. I think he’s a key signing.

“We spoke about future plans for the club and they reiterated their support for me and how much they believe in the current squad.

“The chairman is the driving force behind this club. He saved it many years ago from disaster and if you look at how this football club has come on over the years it has been incredible and that’s why we all want to be a part of it.

“When I put my list together of players that I wanted, he took a deep interest. He likes to view stats of how players have done in recent years. It was a really positive discussion with John and Carolyn.”

Dempster is currently in talks with several players as he aims to strengthen his squad, following the signing of Cook from Walsall for an undisclosed fee and young goalkeeper Aidan Stone, formerly of Burnley. 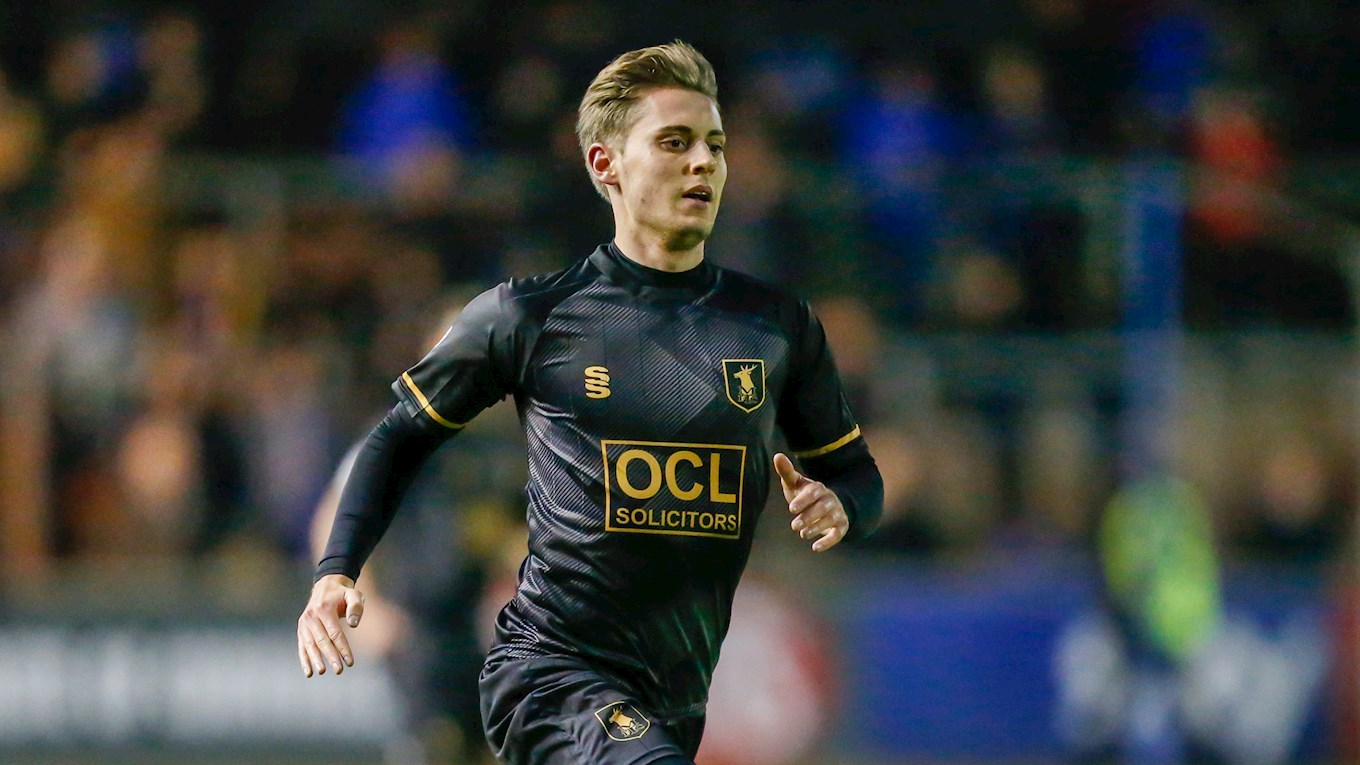 Elsewhere, the manager responded to speculation linking striker Danny Rose (pictured) with a potential move away from One Call Stadium.

“I’ve had verbal conversations with agents and managers about Danny,” said the gaffer. “There is interest.

“But having sat down him at the end of last season< Danny was keen to stay. He seems to be very motivated towards next season and was very positive about making an impact because he had a disappointing season last season with injury and what have you.

“But clearly every player has a valuation and if the chairman decided that that valuation was met then discussions would be open.

“I’d be happy for Danny to stay at the football club because he has various strengths which would be key to our success going forward.

“He is a bit of an all-rounder. He can run in behind, hold the ball up, wins free-kicks high up the pitch – which is key at League Two level. He is a grafter. If you look at his outstanding season a couple of seasons ago, he covered every blade of grass on the pitch. He is someone who I value.” 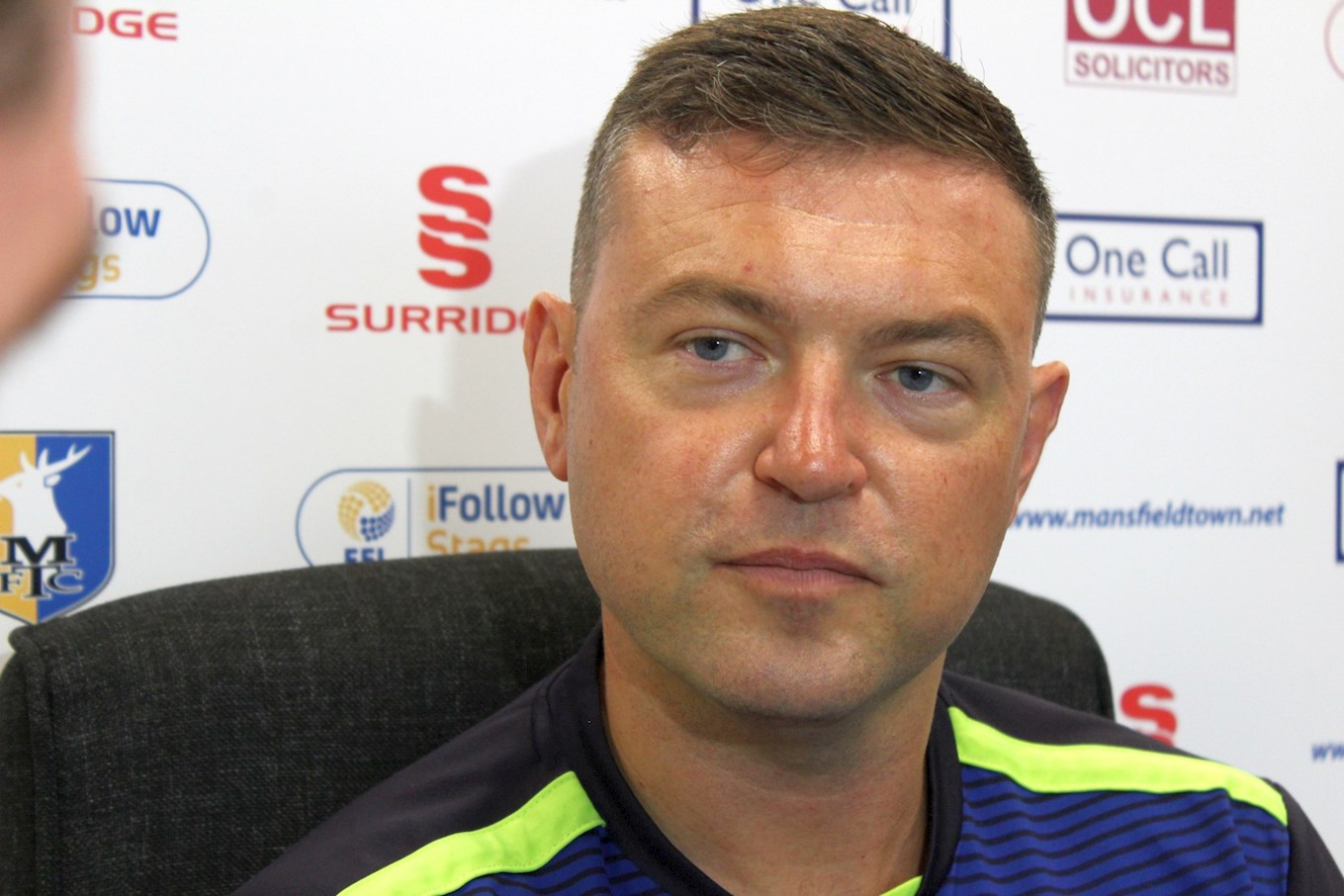 It was confirmed that defender Ben Turner- who joined the club in February from Burton Albion - has rejected a new contract with Mansfield but sent his well wishes to the Staags after making the decision. Midfielder Jacob Mellis  will also be with the club next season, it was confirmed after a new deal was agreed

Stags’ first team squad will report at One Call Stadium tomorrow morning for the first day of pre-season, which will largely include the recording of heights, weights and body fat percentages.

The first team professionals – along with 10 under 21s’ players - will then fly out to Portugal on Thursday for a ten day training camp, which will include an inter-squad match and a training game against Swansea City.

Dempster told this morning’s media what the players can expect from the trip.

“Over the ten days, we’ll be drip feeding how we expect them to behave on and off the pitch. It’ll be a time to talk tactics, home and away. The big part is fitness and the social side as the players get together.

“It’s not a summer holiday, they’ve been and past. We’re going there to work to set the foundations for a successful campaign.”

Meanwhile, it was confirmed that Ian Pledger has been re-appointed as goalkeeping coach and Dan Ashby as performance analyst.

For the manager’s full interview, log in to www.mansfieldtown.net/ifollow later today.