We are delighted to announce that promising attacking midfielder Tyrese Sinclair has signed a two-year professional contract with the club.

Sinclair is best known for his threat from set pieces, and featured on several occasions for Stags’ reserves last term as a second-year scholar.

Following his impressive performances last season, Sinclair scooped the Academy Player of the Year award at the club’s 2019 awards dinner.

Manager John Dempster (pictured below) said: “Tyrese has been outstanding as a scholar. He’s somebody that we knew would need time, and he still needs that time to develop. 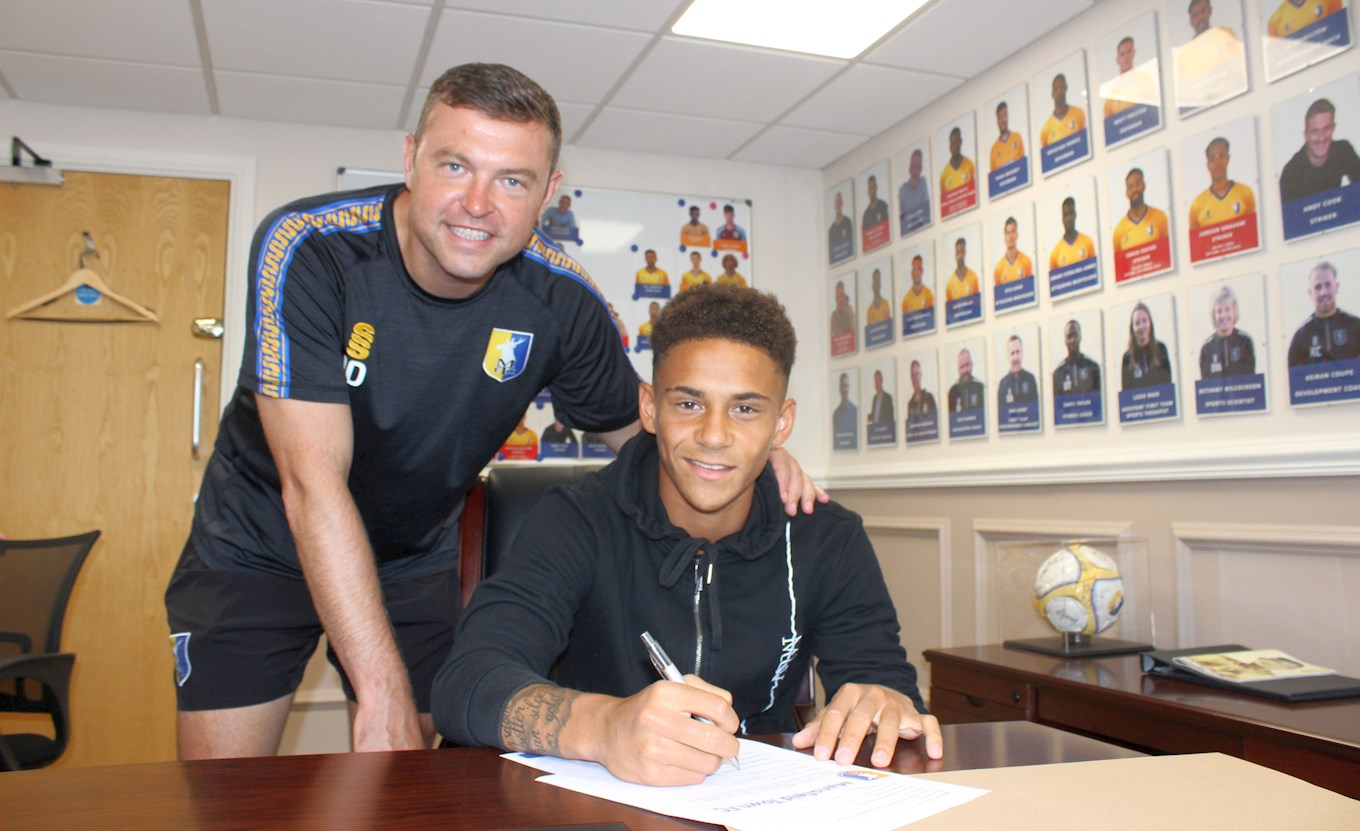 “Technically, he has outstanding potential. He can play anywhere along the attack, but he is particularly effective at number ten.

“He can make goals, can score goals and can deal with the ball coming in at different angles and different heights.

“He is a really effective young player, who I believe has a chance of making a really good career in the game.

“He’s signed this professional contract because he excelled in his scholarship. It’s important that he makes good use of his time in the gym, on the pitch and living correctly, which he has done so far.

“If he continues his development, I think he has a real chance.”


Nigel Clough makes five changes to the side that won 1-0 at home to Tranmere on Saturday.