Striker Danny Rose insisted he will continue to give ‘100 percent’ for his side after netting the third goal in this afternoon’s 4-2 victory over Rangers under-23s.

The Stags’ frontman added to his pre-season tally with a fine finish, after also finding the back of the net against Bradford Park Avenue earlier this month.

Rose, who by his own admission struggled for form last season, is hoping to better himself during the upcoming campaign.

“Goals help with confidence but I’ve not been scoring that many,” he began.

“I’ve just got to keep giving 100 percent for the lads and everybody involved with Mansfield. 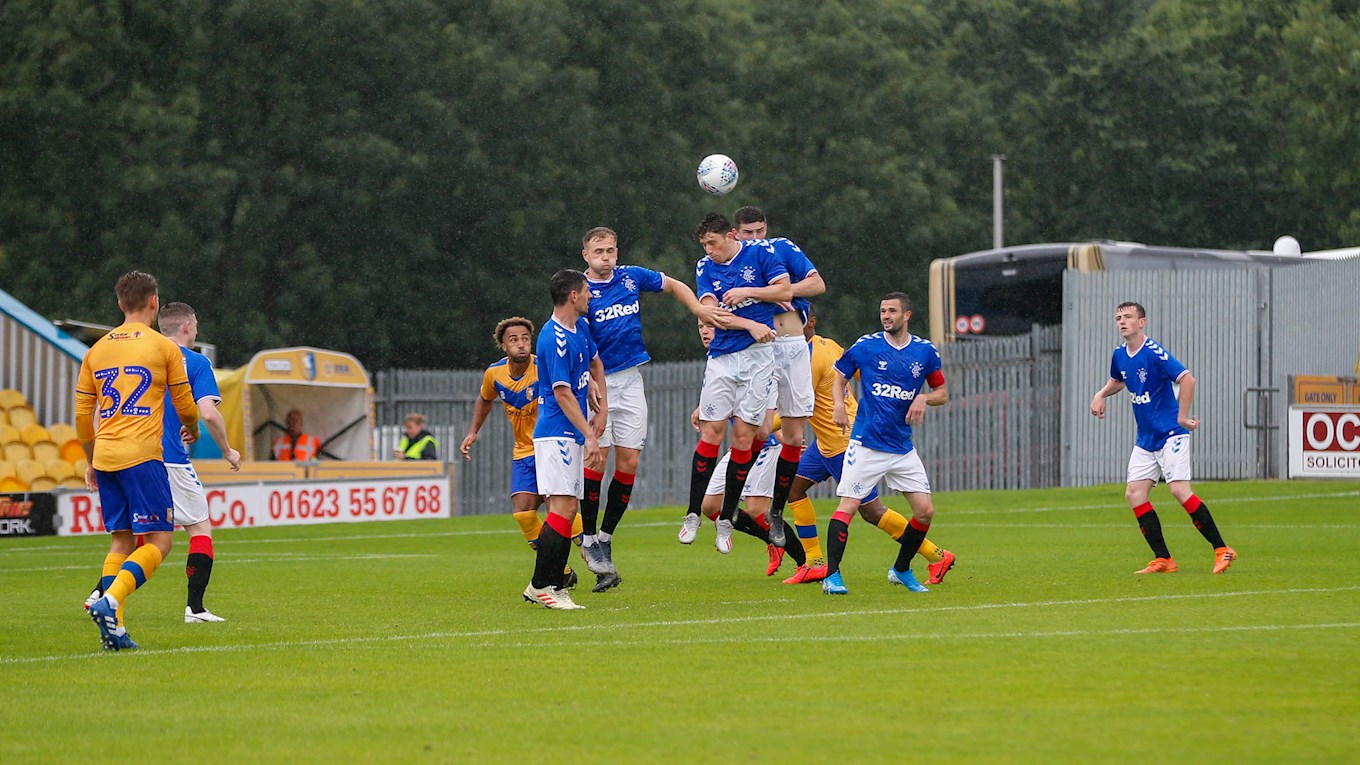 “I play as it goes so I wouldn’t mind getting into double figures. Last season I only got four or five, which isn’t good enough for me, so I’m hoping to hit double figures.”

The former Barnsley man then touched upon the Stags’ summer acquisitions, who have added both depth and quality to John Dempster’s roster.

“We now have competition from Andy Cook and Nicky Maynard who have been brilliant in pre-season. 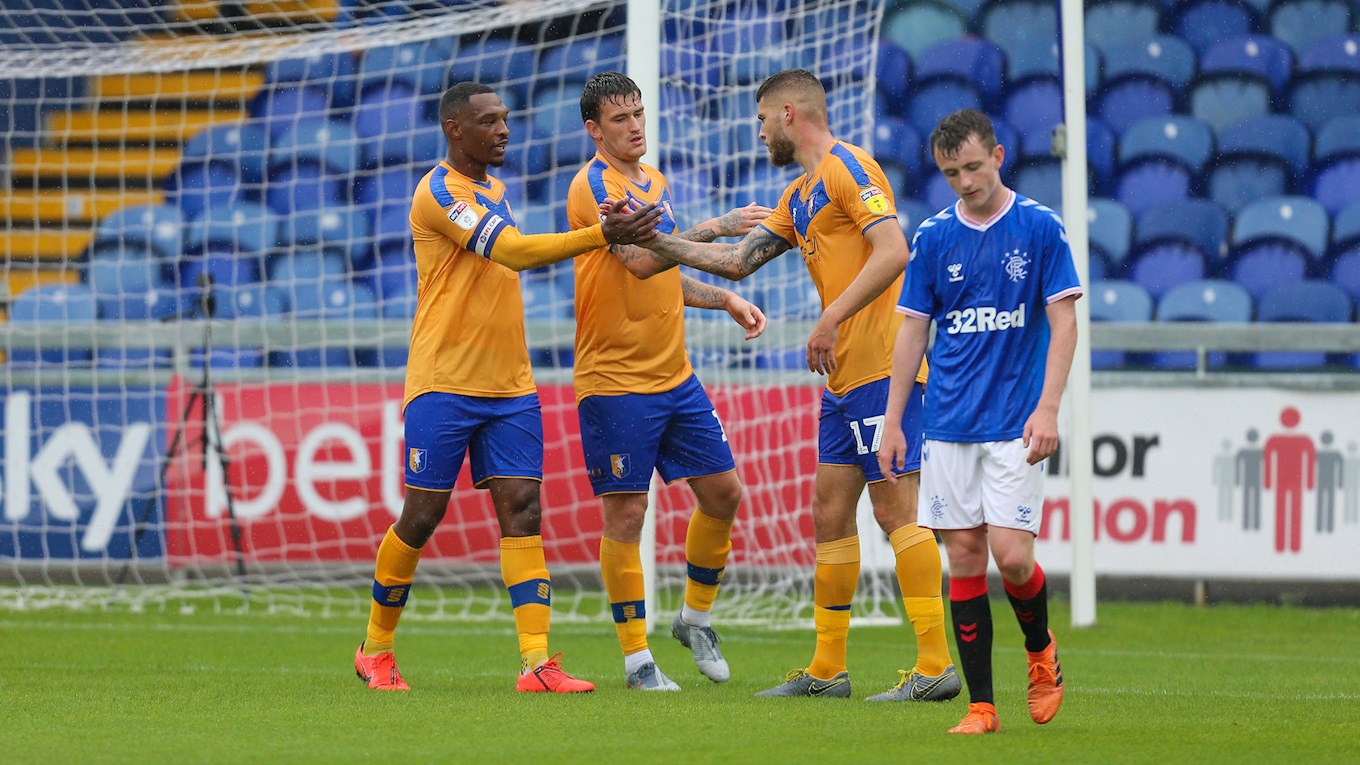 “It’s the same every time when the gaffer brings in new signings: you just have to stake your claim and hope to get in the team.

“They’ve been class. Not just Nicky and Cook, the lads at the back and in midfield have been brilliant.

“It’s looking a strong squad this season so we’re hoping to push on.”

The striker also revealed he is now full of confidence after a gruelling yet enjoyable pre-season programme.

“It’s been a tough pre-season but I’ve enjoyed it,” Rose continued. “Portugal was good but we’ve got more in the tank to go next week. 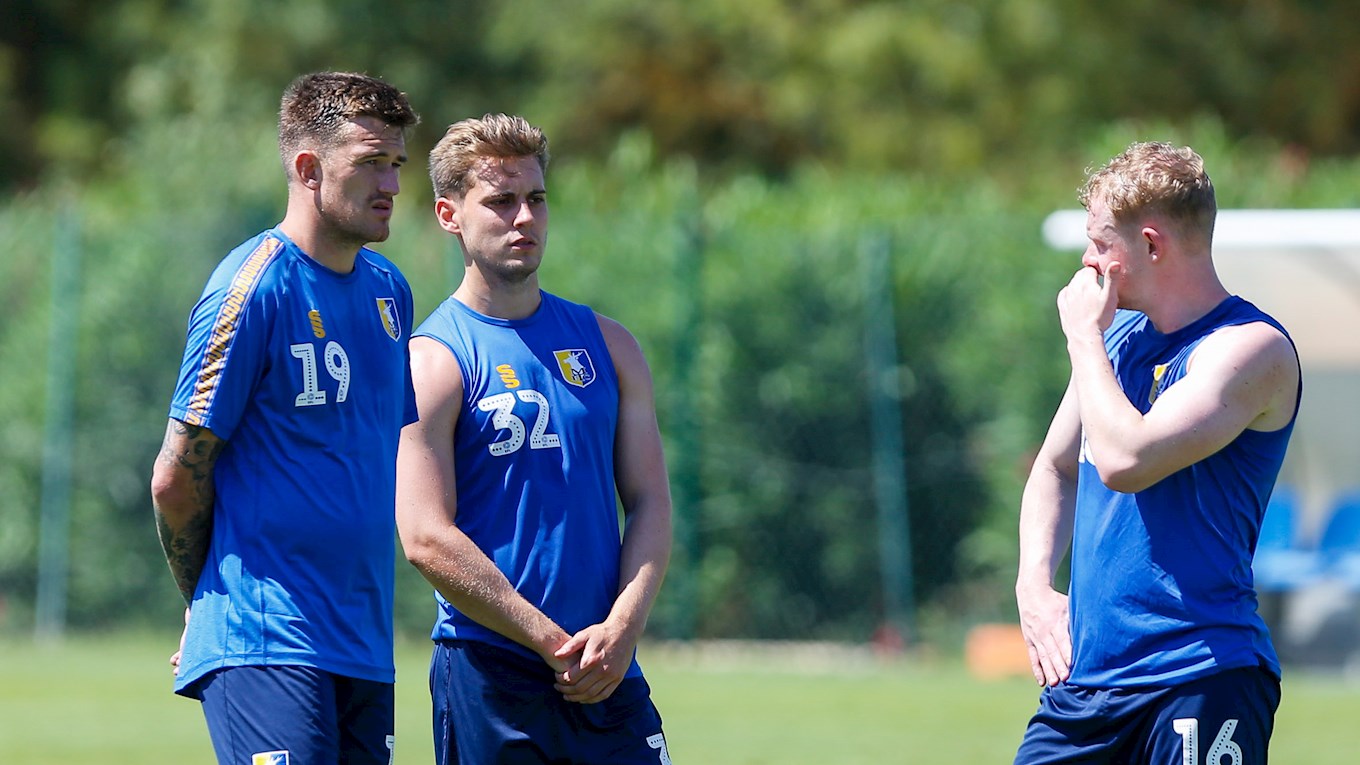 “I’d take this goal back to get one next week, though. I’m going in there [to Newport] full of confidence after last season.

“I just hope there’s more to come in the league now, but the lads have had a good pre-season so we’re just looking to take that into the game against Newport next week.”

iFollow Stags subscribers can watch the striker's interview in full by logging into mansfieldtown.net/ifollow.