Stags’ boss John Dempster has called for his charges to display ‘desire and quality’ this term, ahead of the start of the 2019-20 season away to Newport County on Saturday.

The manager will take charge of his first competitive fixture as manager of Mansfield Town this weekend at Rodney Parade, following his appointment as first team boss in May of this year.

The gaffer has asked that his players ‘give him everything’ over the course of the campaign.

“We’ll be really encouraging the players to focus on the short term – I think if you take your eye off that, then that’s when you can run into issues,” he said.

“We’ll certainly be emphasising that to the players. They [squad] are excited and can’t wait to get started.

“You always look forward to that first game. We have some history with Newport and have had some good ding-dongs with them! I’m sure Saturday will be no different.

“[I’m expecting] a good atmosphere – a hostile atmosphere, and an intense game, especially in the first 15 minutes.

“We’re confident – we’re not overconfident – but we are confident going into the game. We feel like we have strengths within our team that can hurt Newport, and we’re going there to return with all three points.

“[The target is] to get to the next level and win as many football matches as we can. It sounds obvious, but that’s the clear goal. 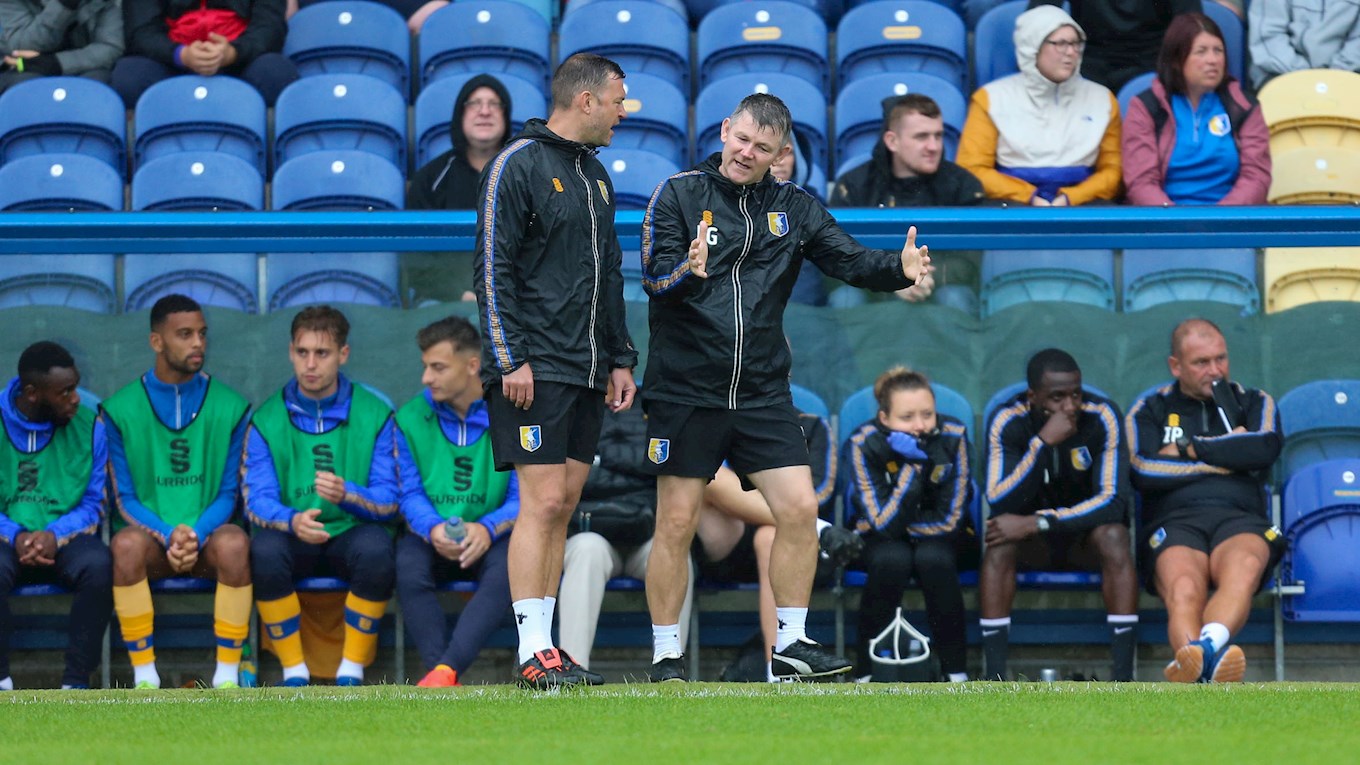 “Desire and quality – if you can put those two things together, you get success. You need a team of players that have an inner drive to be successful.

“You need players that have quality, that can unlock a door and score goals. Players that put their body on the line or read the game when it’s going against you.

“Give me everything [is my message to the players]. Don’t leave anything in the dressing room on a matchday. Go out and give it your all and you’ll 100 percent have my support.”

The manager also reflected on Monday night’s ‘Evening With John Dempster & Lee Glover,’ in which supporters were invited to pose questions to the management team in the club’s 1861 Suite at One Call Stadium.

John Dempster says that he ‘can’t speak highly enough’ of the Mansfield faithful, adding that the fans ‘deserve’ success. 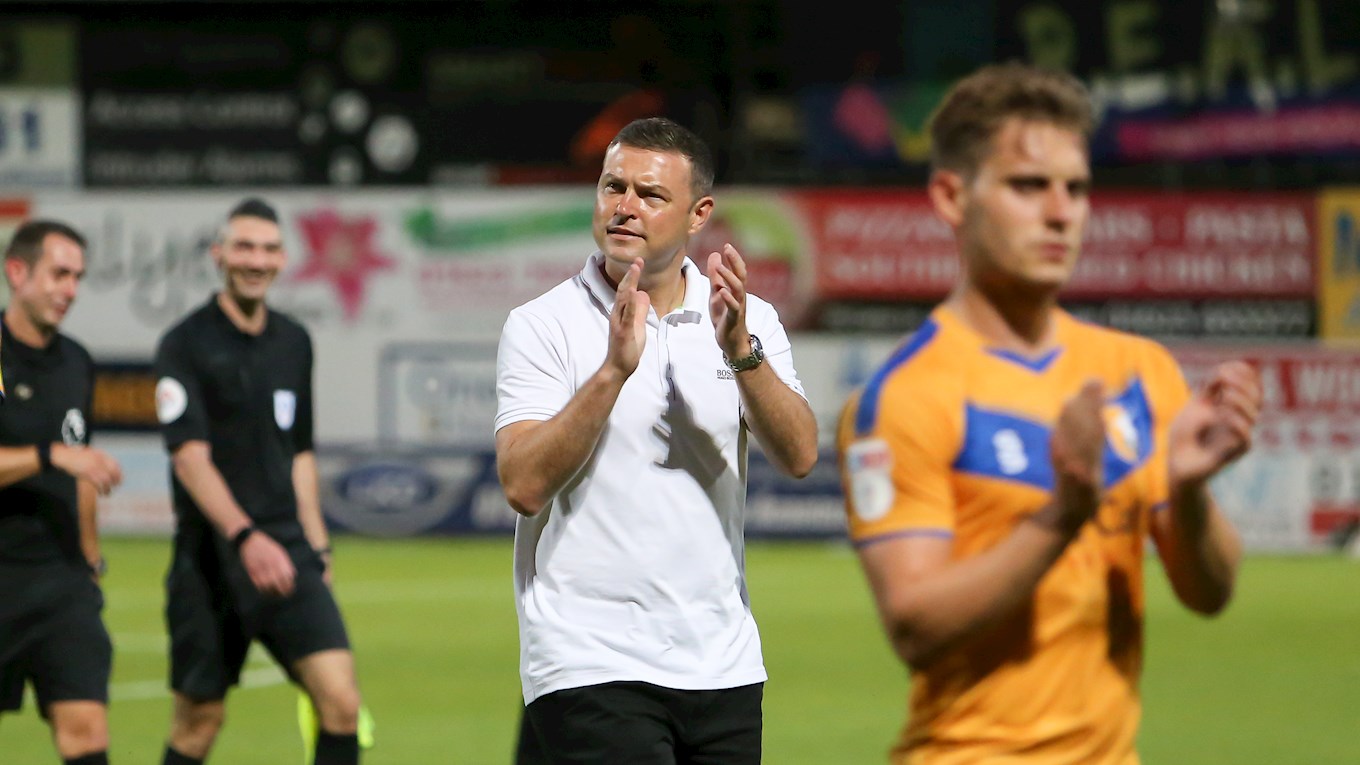 “It was an enjoyable night [Evening With John Dempster & Lee Glover]. The supporters were very positive and excited,” he added. “It was a great reception that they gave us.

“At the end, they spoke to us individually and were wishing us and the players well.

“It was a really enjoyable night and we had some good stories about Brian Clough from Lee Glover.

“I can’t speak highly enough of them [supporters]. They’ve been supportive of me over the last seven years, never mind the last two month. They deserve success.”

The boss also gave an update from the treatment room ahead of Saturday’s big kick-off.

“Hayden White was back out on the grass yesterday, doing some really intense physical work – so he’s looking good.

“I expect him to return to training with the team within the next week.

“Willem [Tomlinson] is probably about two weeks away. He’s still got a bit of swelling in his knee, so until that completely goes, it’s difficult to move onto the next stage of his rehab.

“Matt [Preston] trained as normal yesterday. It was more impact [injury against Rangers] and he had a little bit of a cut. He managed to train yesterday and he’ll train again today.

“It’s difficult to give an exact date [Craig Davies’ return]. He had an operation on both ankles to try and improve the way he was feeling, but he still suffers from a lot of pain in one ankle. “Until that pain disappears, with the help of the medical team, we again can’t move onto the next stage of his rehab.

“Bobby [Olejnik] is doing well. He had a little bit of a setback before Portugal, so in the early part of the ten days he was a bit down in the dumps as his knee had a bit of swelling.

“But since then, it’s been really positive and he’s been doing more work and building up gradually. We expect him to be back in the next couple of months.”