Stags’ boss John Dempster has described this afternoon as a ‘good day at the office,’ as he saw his side draw 2-2 against Championship outfit Hull City, a team he says are a ‘real challenge’ to play against.

Midfielder Neal Bishop and winger CJ Hamilton were on target for the amber and blue in either half, with the pair scoring two well-taken goals.

The boss says that he saw his side improve in the second-half, but there are still elements that the Stags need to work on.

“When you look at their [Hull’s] starting XI, that’s the strongest XI they could put out, so we knew it was going to be a real challenge. 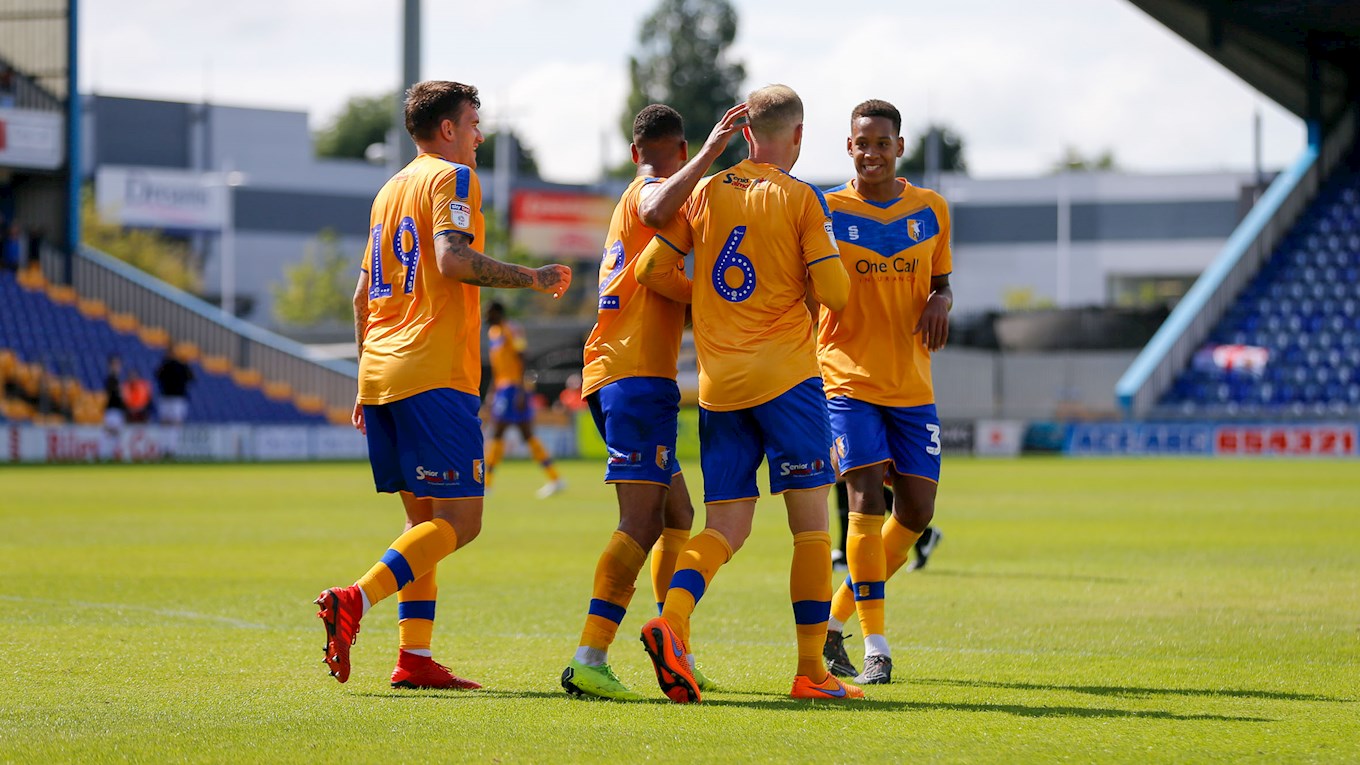 “I think our shape was good. The plan was to counter wherever possible, which didn’t happen particularly well in the first-half, but defensively we were decent.

“In the second-half, when we conceded that sloppy goal, it was almost a shot in the arm for the players to stand up and be counted.

“We were better on the ball [in the second-half] and our second goal was the perfect counter. It was good play from Otis [Khan] to steal the ball, drive with it and pass it to CJ [Hamilton].

“We all know when CJ is one-v-one, he’s very dangerous. He managed to get the better of the Hull defender and slot the ball home. 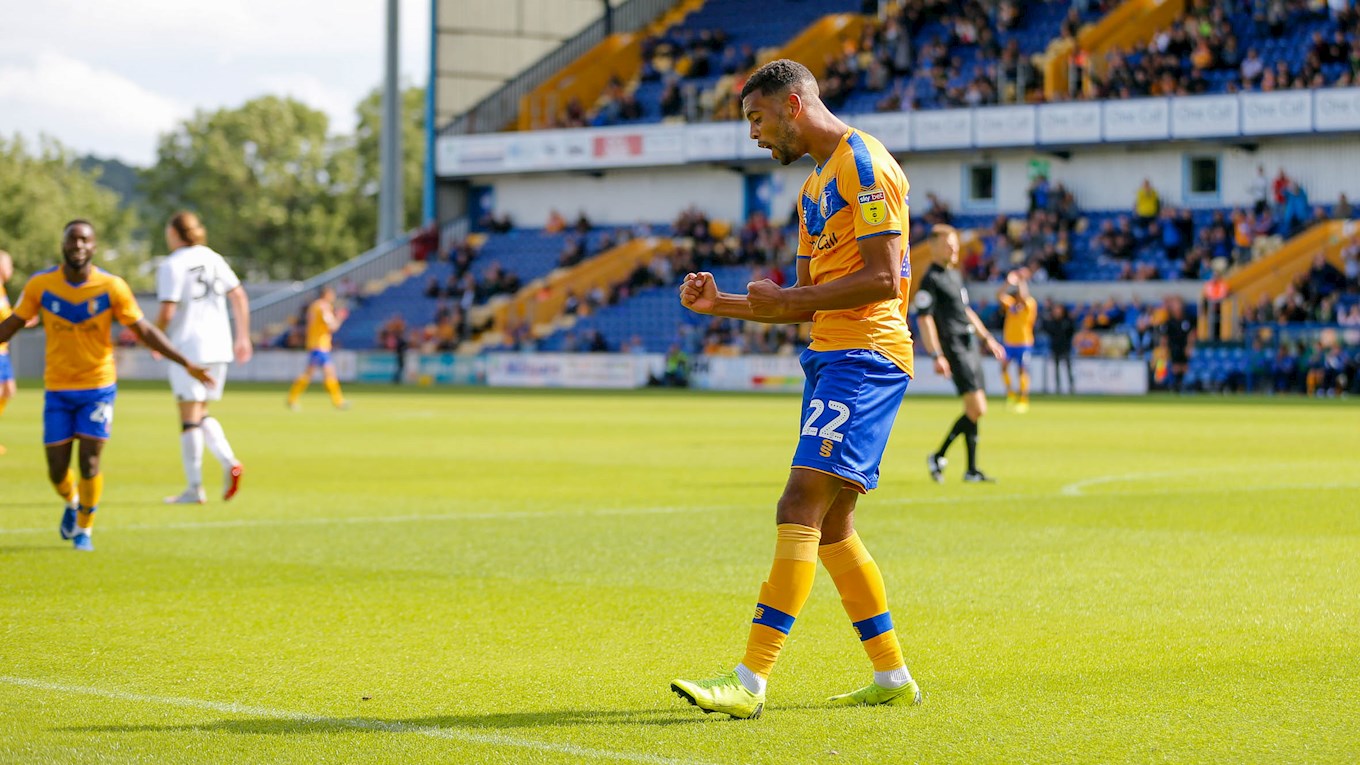 “We had a couple of other opportunities and had some good spells in and around their box.

“All-in-all, a good day at the office. There are lots to work on still – I feel a little frustrated even though we’ve just drawn 2-2 with a Championship side.”

The manager was also pleased with the calibre of goals scored by Mansfield this afternoon.

“They were good goals [by Bishop and Hamilton]. Bish took his brilliantly, because it’s a very difficult technique to do that.

“To get his knee over the ball and hit it with the connection he did, it was very impressive. 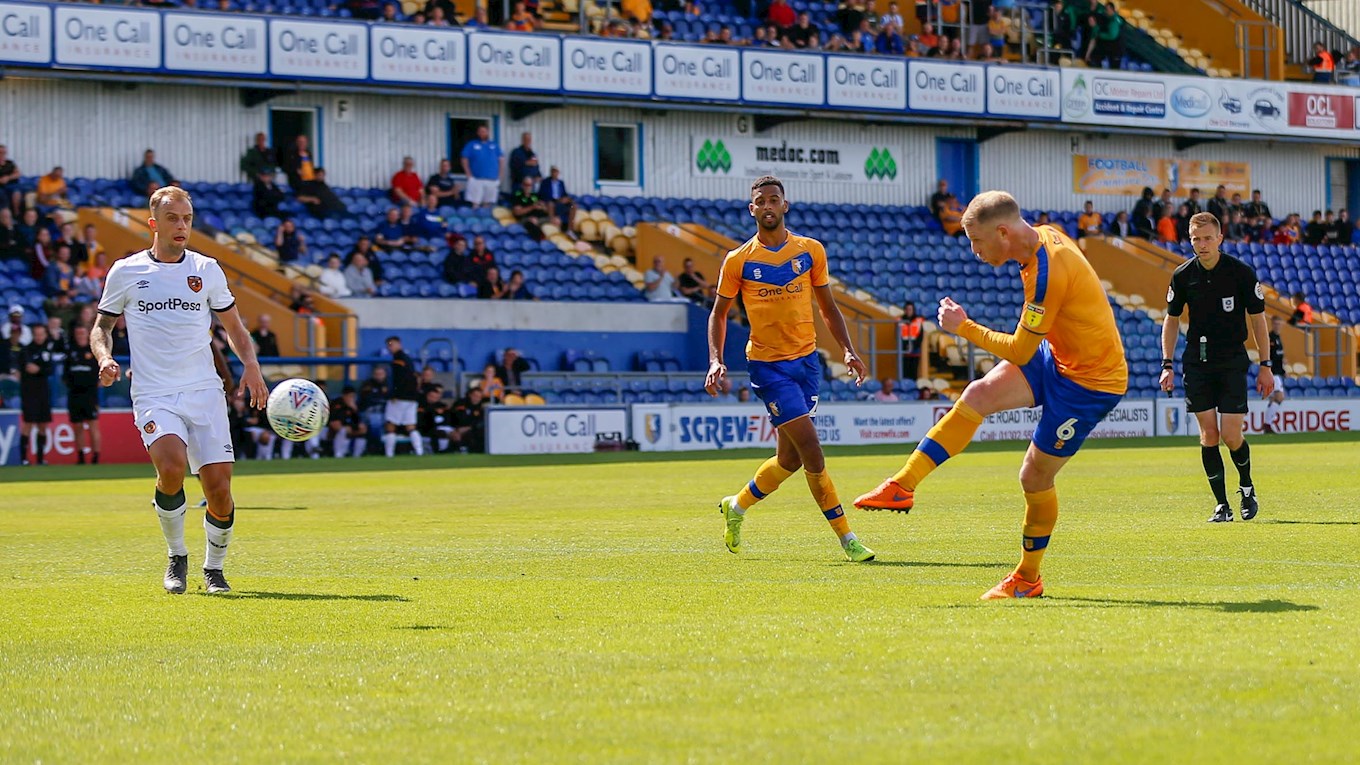 “The second goal was a really good counter-attack, which is what we were looking for.”

John Dempster also confirmed that the Stags came through the friendly unscathed, while also adding that strikers Nicky Maynard and Danny Rose will play a more prominent role in Tuesday’s match against Nottingham Forest under-23s, after being unused substitutes today.

“None to report [injuries]. Hayden White got 45 [minutes] into his legs again, so that was really pleasing.

“We looked after KP [Krystian Pearce] today because he played 90 minutes against Blackburn and performed well.

“There were a few more 90 minutes in the tank there and hopefully we’ll get a few more of those in the tank for a few other players on Tuesday [against Nottingham Forest under-23s].

“I’m hoping that both of those players [Maynard and Rose] will get 90 minutes into their legs on Tuesday.”