Manager John Dempster was left pleased by his players’ ‘intensity in and out of possession’ during tonight’s 2-1 victory over Nottingham Forest under-23s at One Call Stadium.

In hot summer conditions, the Stags came back from a goal down to secure victory courtesy of an Ethan Stewart own goal and a late strike by forward Nicky Maynard.

The Mansfield boss says that there was plenty of effort on show from his charges in demanding playing conditions.

“We’ve played some good opponents so far – I think that [tonight] was the first time I saw players getting after one another when we conceded early,” he began.

“We’ve got some really good senior pro’s here and I expect them to drive that. I’ll lead and guide them, but it has to come from within.

“The intensity in and out of possession was better tonight. I was really pleased with some of the play.

“I was really chuffed for Nicky Maynard to get his goal because he had a quiet night, he worked his socks off, but that’s what he is capable of – he may have a quiet game but you can guarantee he’ll pop up with a goal. 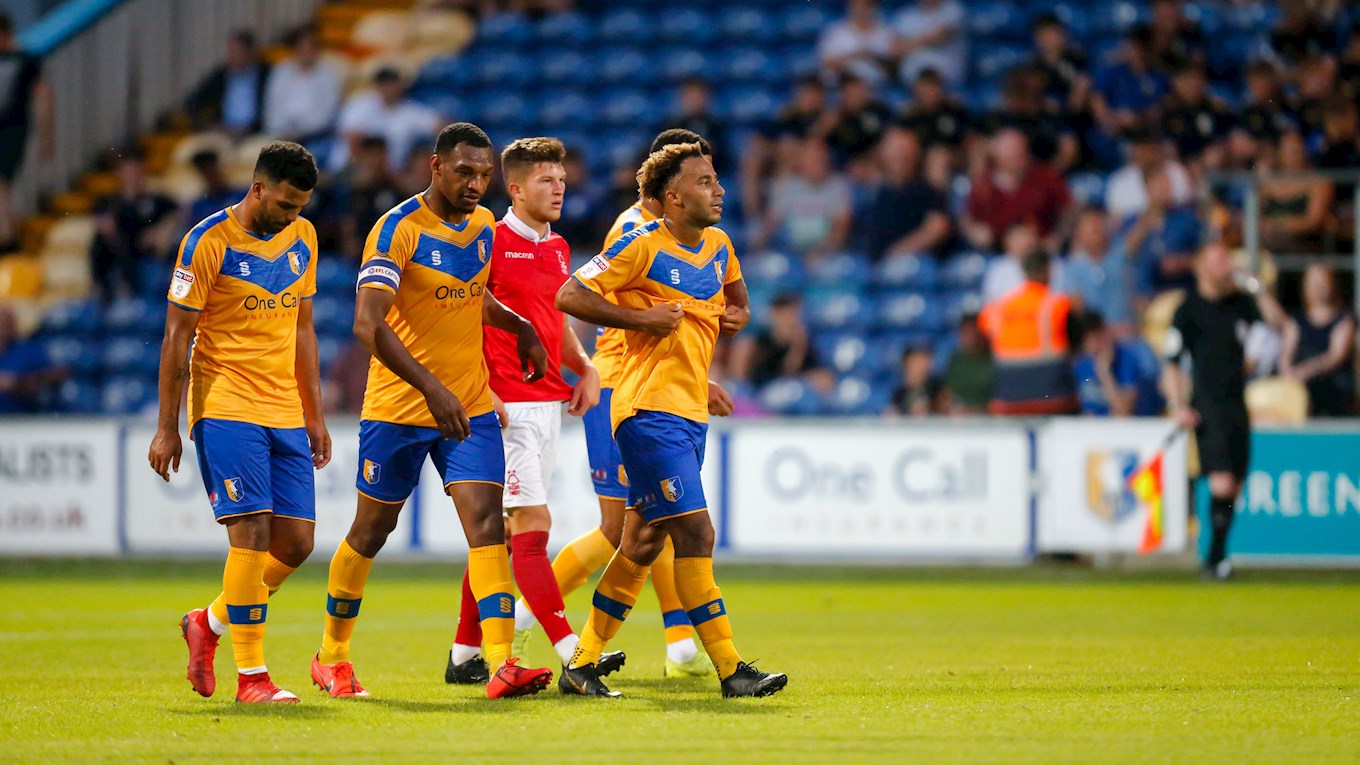 “We encourage the players to celebrate their success, whether that be in games or training. I think it’s important that the players enjoy what they’re doing.

One negative of the evening was an injury to right-back Hayden White, who the manager says felt a ‘slight tweak’ in his hamstring, causing him to be substituted ten minutes into the second-half.

The gaffer says that the defender will be assessed over the next 24 hours.

“He [White] felt a slight tweak in his hamstring and he signalled straight away so we got him off instantly. 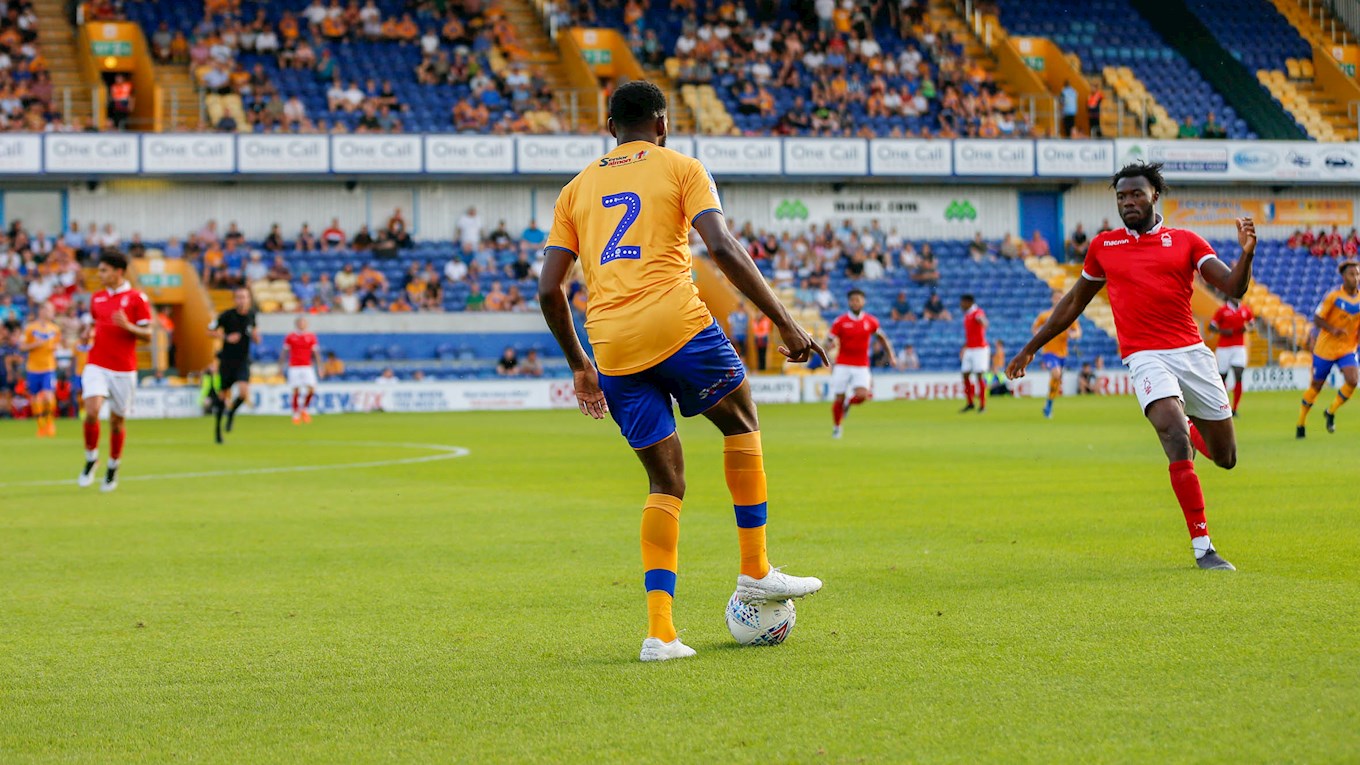 “We’ll assess him over the next 24 hours – we’re hoping it’s nothing too serious. It’s been slowly slowly [reintroducing him] since recovering from his broken leg.

“He’s been working hard in pre-season so we’re hoping that it’s just a slight tweak and nothing too serious.

“It’s difficult to say [how long he’ll be out for]. He’s currently on the treatment table with the medics as we speak.

“Initially, he said it was a slight tweak, but we’ll leave that for the experts to decide.”

The manager also revealed that the Stags are ‘in discussions’ with a player who he hopes to bring into the building over the next 48 hours.

“I expect something to happen in the next 48 hours. We’ve been in discussions with a young right-sider who we are very keen on.

“He’s still young, got real potential and has Football League experience, so I’m hoping something will happen with that in the next 48 hours.” 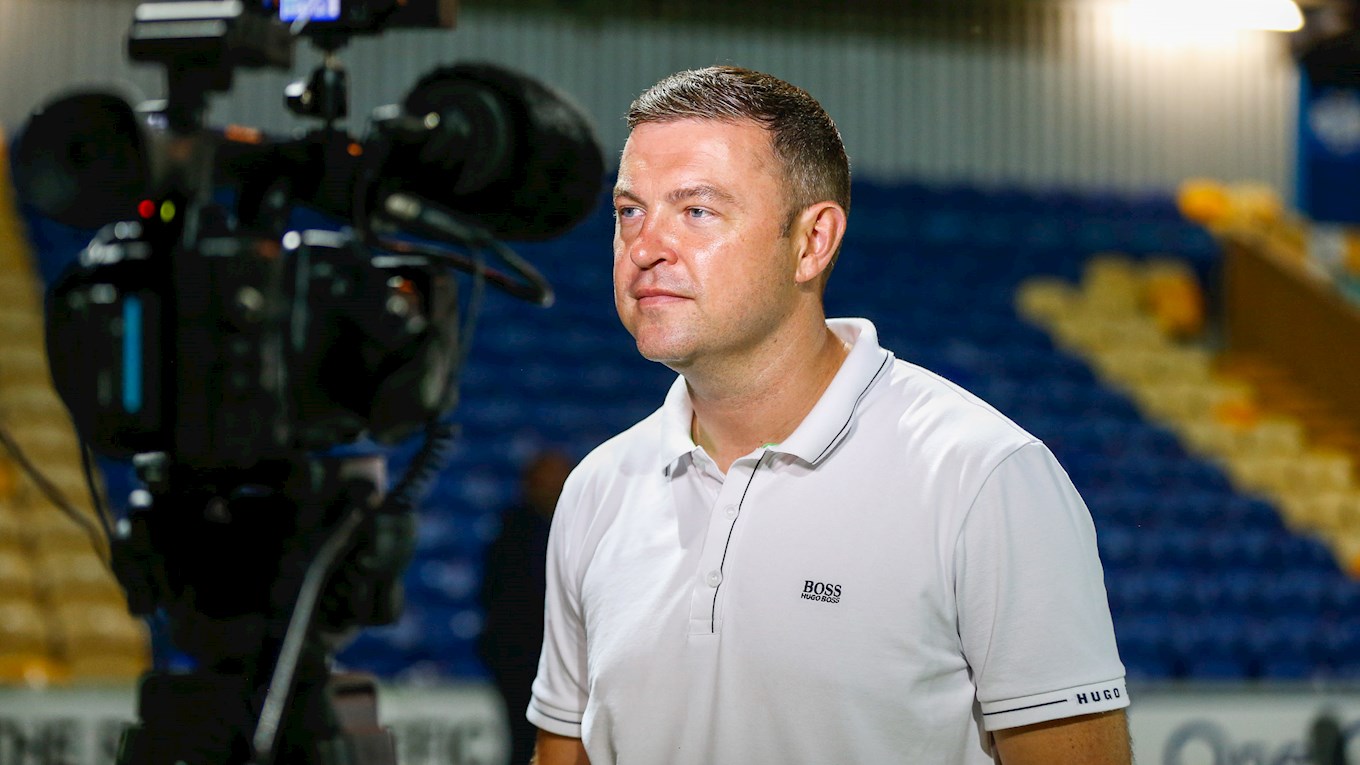 Looking ahead to Saturday’s clash against Rangers under-23s at One Call Stadium – Stags’ final pre-season fixture – John Dempster is expecting ‘another challenge’ due to the ‘excellent talent’ in the Scottish side’s ranks.

“We wanted to get 90 minutes into certain players. We did that on Saturday and it was important that we did the same this evening.

“They will have some excellent talent on show that we’ll be able to look at and discuss. I don’t think we’re looking to bring in say three bodies – we’re probably looking at one or two at most.”