Manager John Dempster has praised the ‘intensity’ shown by the Stags in the second period of tonight’s clash with Bradford Park Avenue, a half in which the amber and blue scored on four occasions.

Mansfield went into half-time a goal down following a strike from Garry Thompson, but emerged from the game as 4-2 victors courtesy of a brace from Nicky Maynard and goals from Omari Sterling-James and Danny Rose.

The Stags’ boss was left impressed by the improved second-half showing.

“I thought we were a little bit lackadaisical in the first-half,” said John Dempster. “I don’t think we shifted the ball well, and when we did shift it, we didn’t move forward very well.

“As we moved into the second-half, the intensity all-round went up a little bit. We won the ball back quicker and moved it a lot quicker.

“There was a personnel change [for the second-half] and a formation change, but I don’t think that had a great deal to do with it [improved second-half showing]. I think it was more psychological. 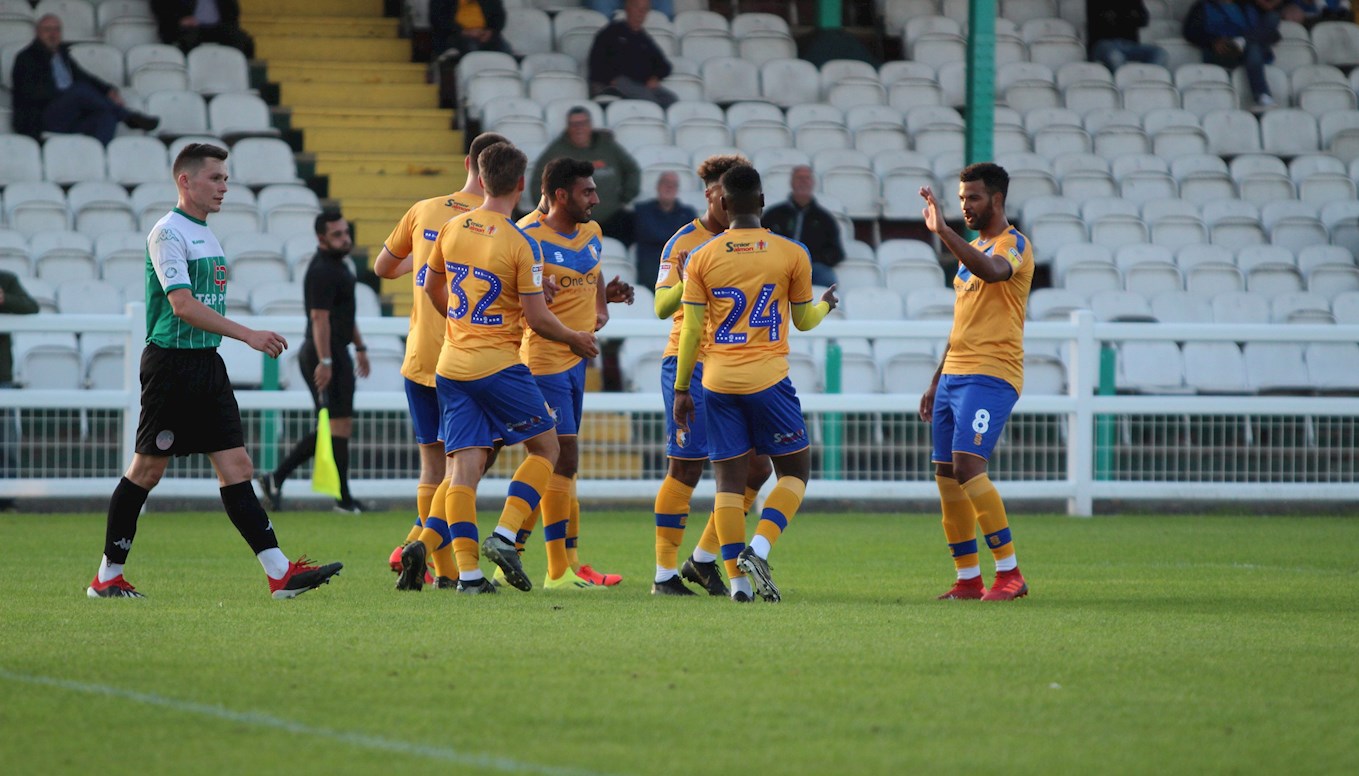 “The boys looked like they were at it in the second-half. We’re building into the Newport game on the first day of the season, and we’re still in the early stages of pre-season.

“I expect performances and intensity levels to be going up, like we saw in that second-half.”

In the first-half of this evening’s clash, young defender Noah Stokes was taken off the field via a stretcher, an injury that manager John Dempster says is likely a dislocated knee.

The manager says that Stokes will be given the club’s full support.

“It’s a nasty injury – it looks like he’s dislocated his knee. We won’t know the full damage until he’s had a scan,” added Dempster. 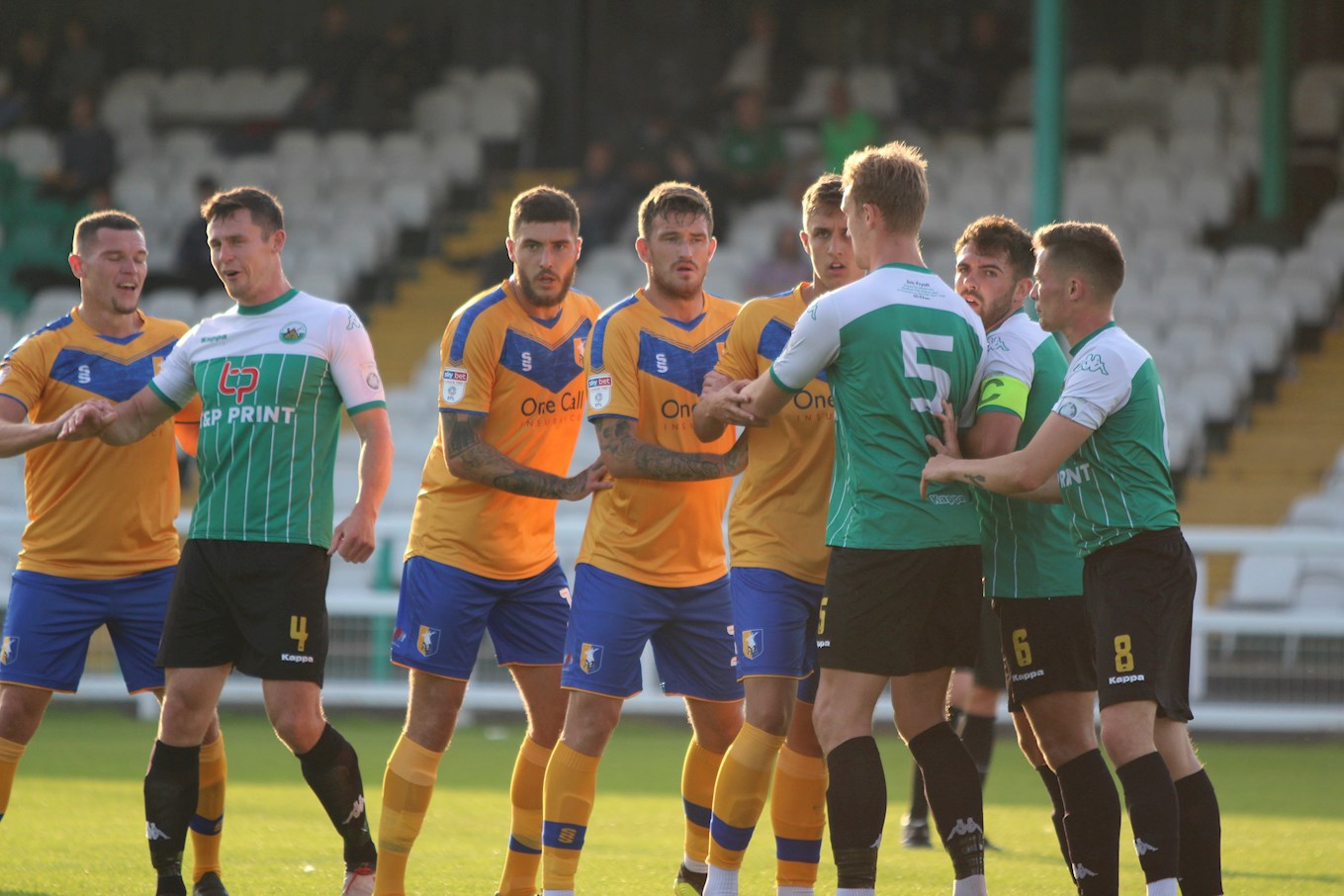 “Noah will be given the support that he needs, both medically and emotionally. He’s probably got a long road ahead, but we’ll be fully behind him.

“I think he went to get tight with the centre-forward and his foot went in the wrong direction. It wasn’t a bad tackle or anything untoward, it was just unlucky for Noah.

“He’ll have our full support. We have a very good medical team who will do whatever is required to get him back on track.

The boss also looked ahead to Saturday’s pre-season match away to Alfreton, and gave an update on defender Hayden White, who completed 30 minutes of this evening’s contest. 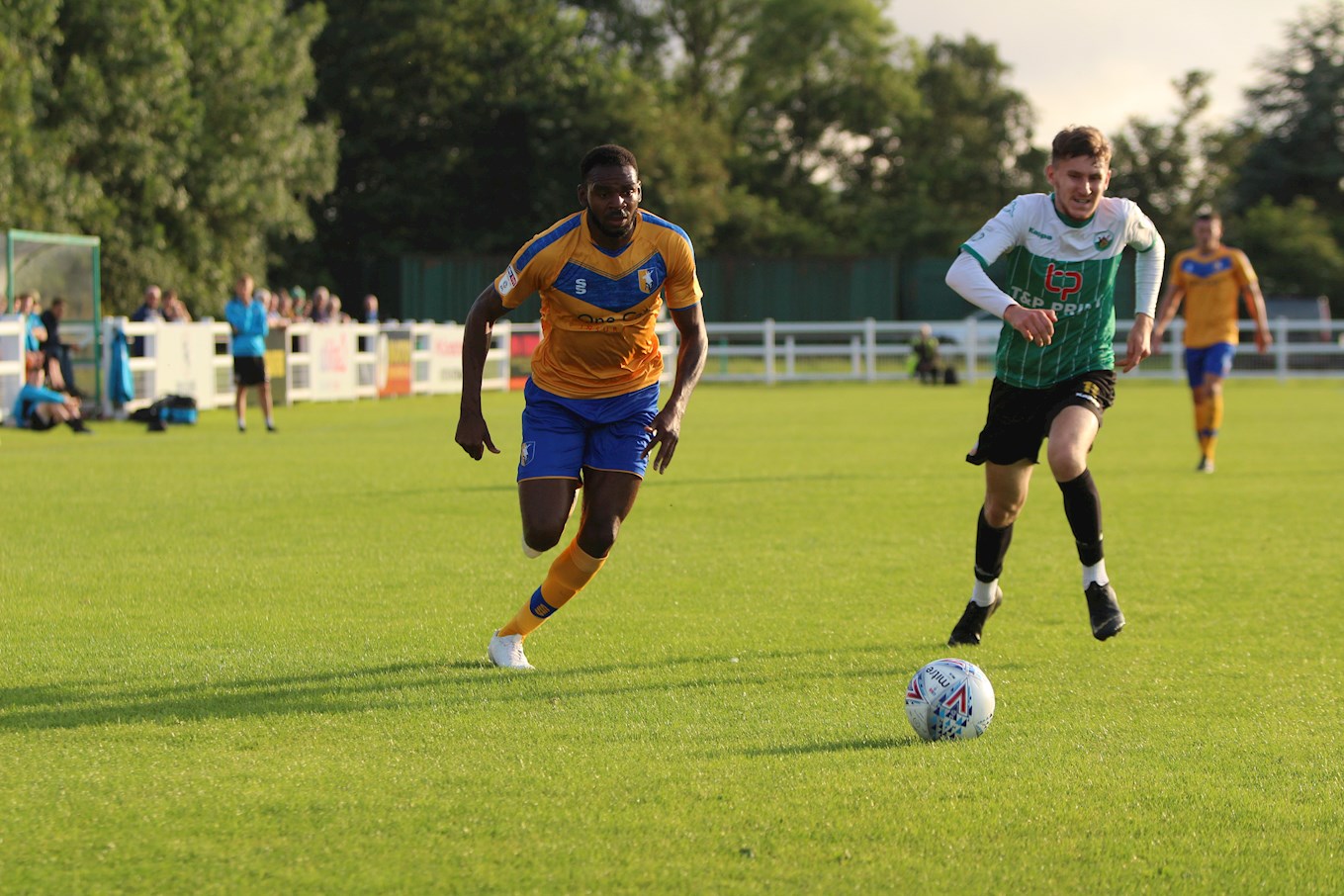 “It’s always good to see the ball go in the back of the net. I thought Omari [Sterling-James] did well for the first goal, then Danny Rose and Nicky Maynard did really well combining for the other three.

“It will be the same squad [on Saturday against Alfreton], but we’ll set it up slightly differently, so everyone has a chance to play with each other.

“It’s good to get the young players playing with the senior pro’s. It won’t be exactly the same, but it will be the same personnel.

“It was always the plan to bring Hayden [White] off after 30 minutes. The sports science team were quite strict on that – I think he might have had more in the tank – but they’re the experts.

“He got through the game fine. We’ll look to build him up between now and the Newport game.”