Stags’ boss John Dempster says he is looking forward to a ‘brilliant night,’ during which Mansfield fans will have an opportunity to meet the first team staff and players prior to this evening’s pre-season friendly away to Retford United.

Mansfield travel to Cannon Park for a 7.45pm kick-off, with Stags’ season ticket holders for the 2019-20 campaign able to gain entry to the match for just £1.

John Dempster revealed that a different XI will feature in each half of the match, with the same system to occur on Thursday, when the Stags travel to face Bradford Park Avenue.

“It’s going to be a brilliant night. It feels like we’re taking the whole club! We’re taking the first team squad, the under-21s, and a couple of our promising under-18s there as well.

“It’s a brilliant opportunity for the fans to come down and meet the players. They will be greeted from around 7pm onwards, and then we’ll look forward to the game against Retford.

“Over the next two games I’m expecting to play two XIs over each 45 minutes, so the whole squad gets 90 minutes under their belts by the weekend.

“Our under-21s coped very well over in Portugal alongside our more senior boys, so it will be another challenge for them against some good non-league sides. It will be interesting to see if they stand up to the test.”

The boss also reflected on Stags' ten-day pre-season training camp in Portugal, and provided an update on striker Joe Quigley, who was on trial with the amber and blue in Amendoeira.

“It [Portugal] was a brilliant experience for me personally. For the players, it was an opportunity for them to get fitter – and it was good to see them bonding throughout the ten days.

“In general, it was a really professional environment for the players to work in. 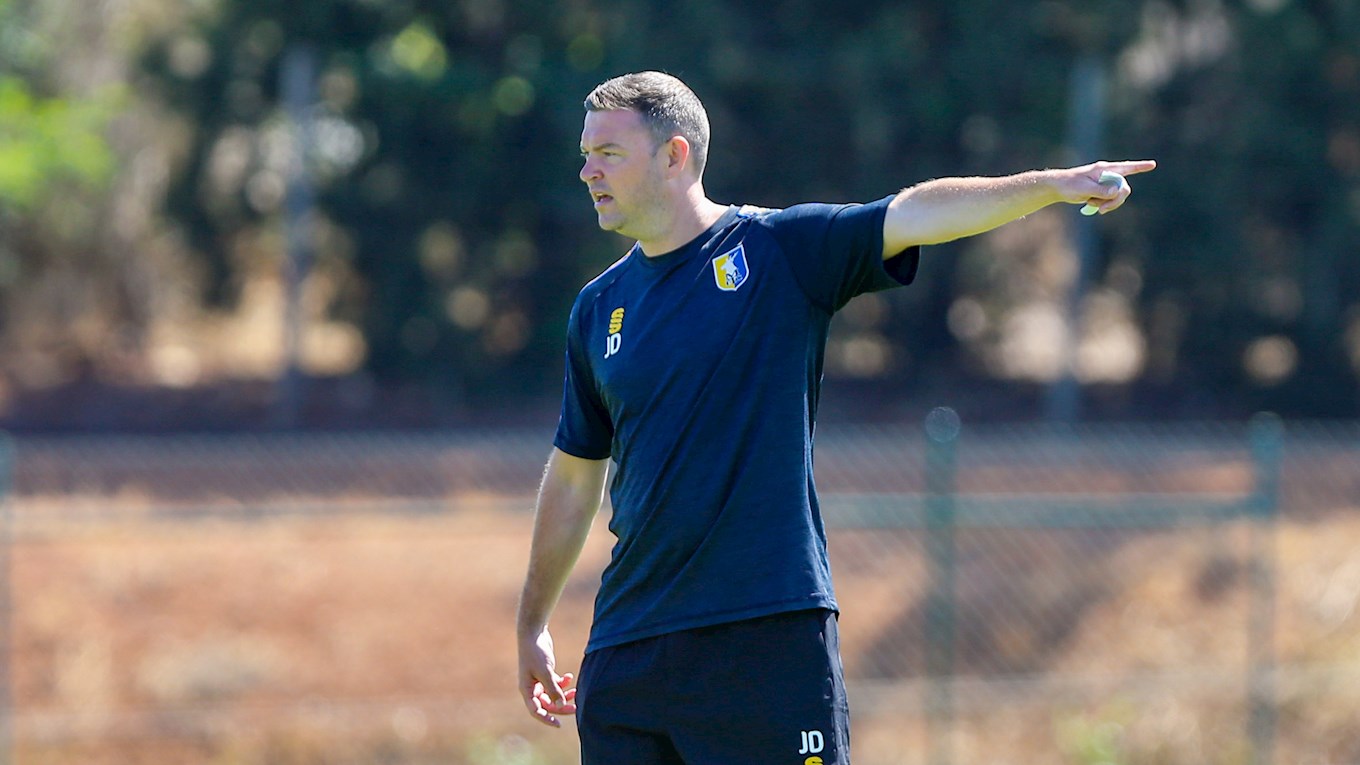 “Joe [Quigley] did really well in Portugal. He performed well in all of the fitness testing and did well in the games.

“From Joe’s perspective, he couldn’t have really done any more. I’m due to speak to the chairman later today to discuss whether he would be an option or not.”

The manager also provided the latest updates on the injuries of midfielder Alex MacDonald and striker Craig Davies, while also discussing wing-back Hayden White, who is nearing a full recovery from the broken leg he suffered away to Colchester United in January 2019.

“I saw him [Alex MacDonald] in passing earlier, as he came in a little earlier today to see the physios. 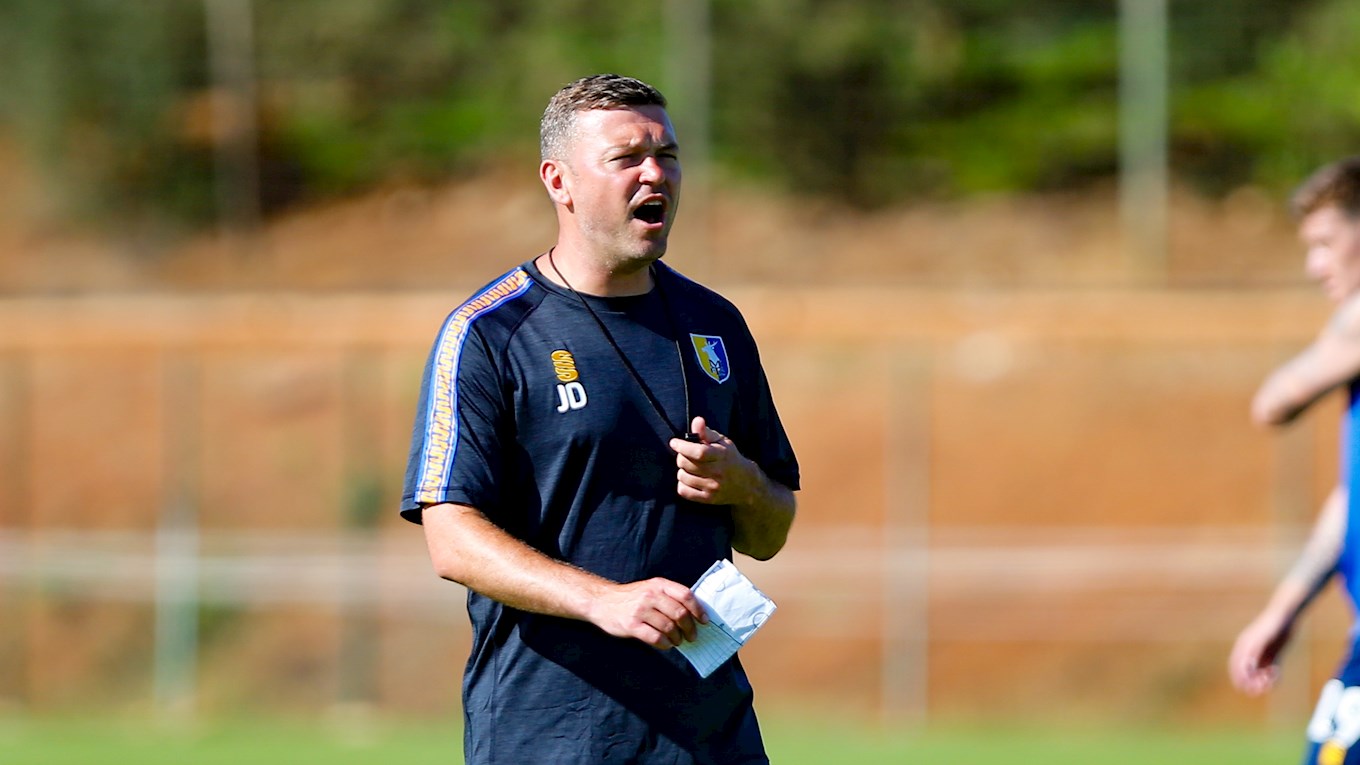 “He was delighted when he heard the news about his scan being clear. He will be introduced to training over the forthcoming days.

“Craig [Davies] has had a good ten days working with the academy physio. He has been continuing his rehab, which is a slow process.

“It’s been a frustrating time for Craig, but we’re looking forward to getting him back sooner rather than later.

“It’s one of those injuries that can’t be rushed; he’s being closely monitored by the medical team. I’ll sit down with Craig again to discuss where he is at. 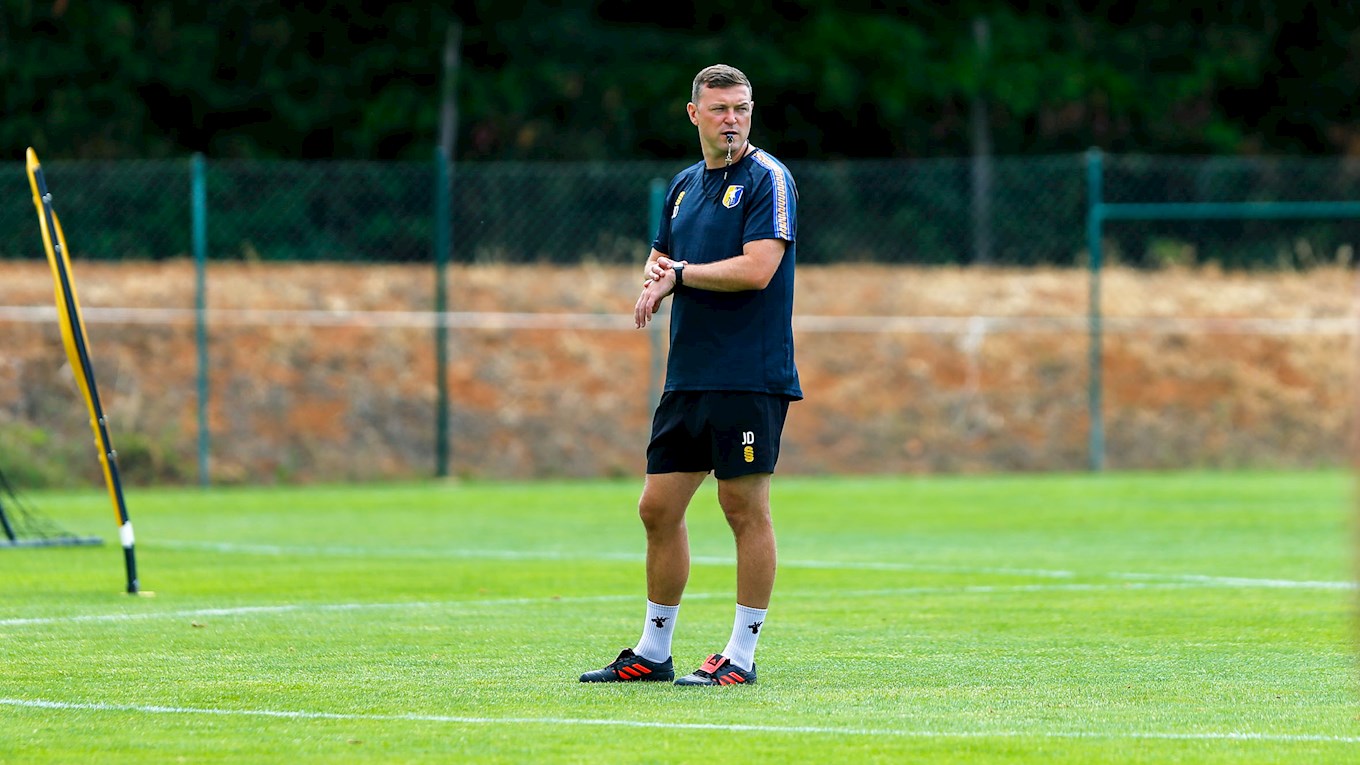 “Hayden [White] had a really positive ten days in Portugal. There were times where we had to pull him out of the more physical work just to manage his workload.

“Some of his performances in the small-sided games and the 11v11s were outstanding. He’s a really bubbly character, so it’s great to see him with a smile on his face.”