Chairman John Radford has reiterated his desire for promotion this season, saying that he will do ‘everything he can’ to push the Stags into the top three places of Sky Bet League Two.

The chairman is currently out in Portugal with the Mansfield first team, as the Stags go through their pre-season training programme.

Speaking to iFollow Stags, John Radford says that he will ‘keep chasing’ the Sky Bet League Two title, something he has done for the ‘last three years.’

“We’re looking forward to the start of the season, and we’re enjoying the pre-season at the moment, having a long break as a family,” he said.

“As far as Portugal is concerned, it’s an excellent place to come for pre-season. 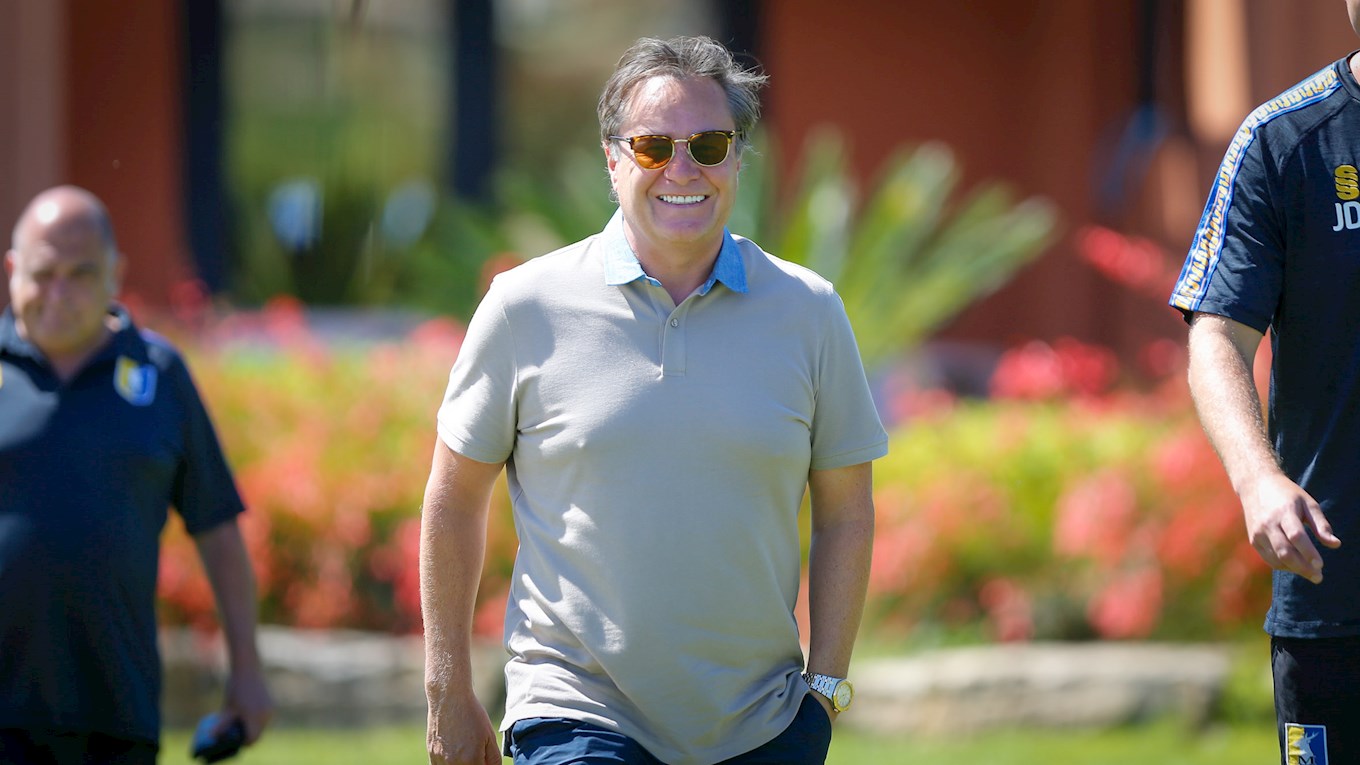 “I’ve watched [Glasgow] Rangers train a bit this week, and I have to say that Steven Gerrard is a fantastic manager.

“The effort he puts into his players, there is a lot of professionalism there. So, to see our boys play well against them – admittedly we lost 2-0 – but I was so pleased with the way we played.

“There are always opportunities for a club like ours to get a little bit of help from clubs higher up in the football pyramid.

“I’m always chasing the title - I have for the last three years - and I will keep chasing that title. I’ll do everything I can to get that title.

“With John Dempster in place, and some of the quality we have in our youth system, and the players that he is signing, I think we’ve got a fair chance. 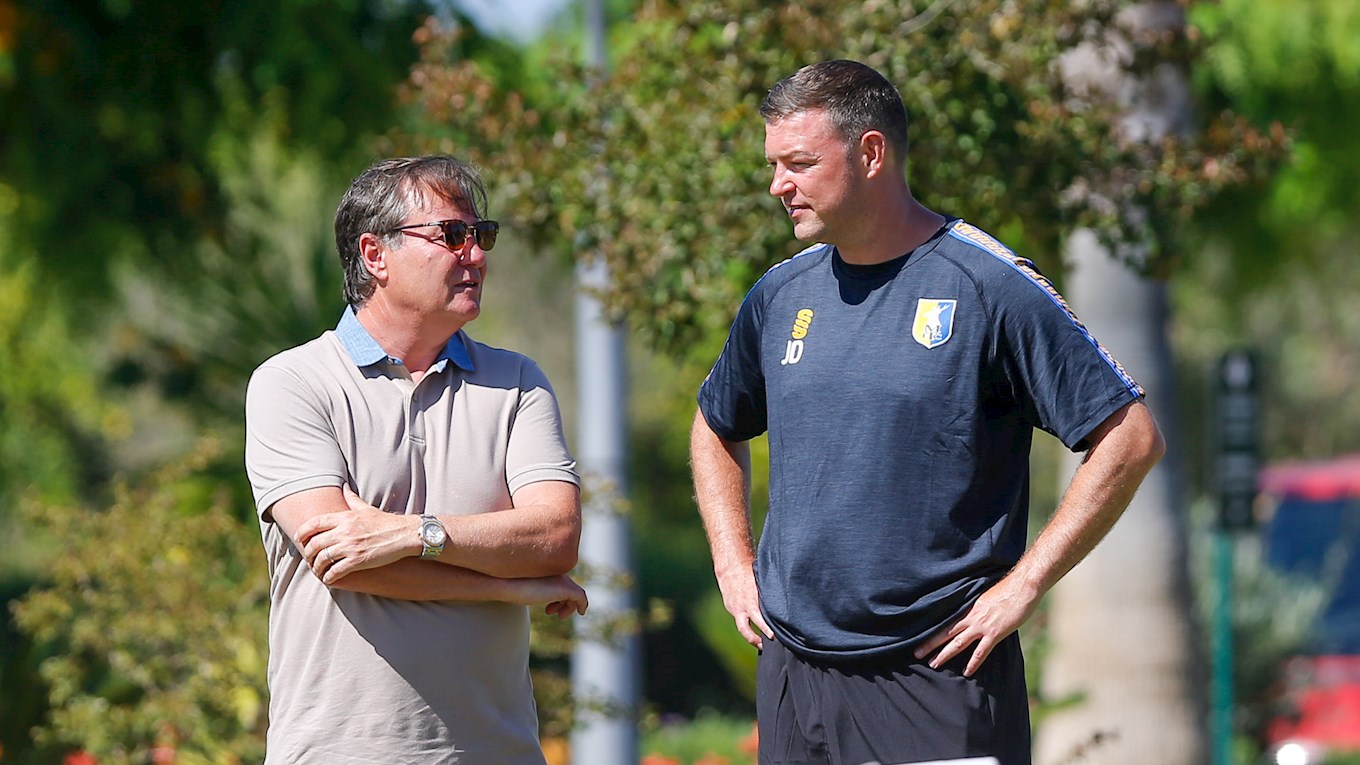 “How he [John Dempster] handled the youth team, and how they had such an unbelievable record, you have to give a man like that a chance.

“My relationship with John Dempster is the same as it is with all of my managers. I think he has as much of his heart in Mansfield Town as I and the directors have.”

The chairman also provided the latest updates on the Bishop Street Stand, and the plans to build a Hampton-by-Hilton Hotel on site at One Call Stadium.

“We have said that there is no point in developing Bishop Street until we get the numbers in the stands that require us to develop it,” he added.

“We’re getting close to it [having the attendances to develop]. If we got into League One, we’d be redeveloping it straight away.

“Our ambitions at the moment and my resources are being put into getting promotion. Then, once we’ve got promoted, the stand will be done and the hotel will be done. 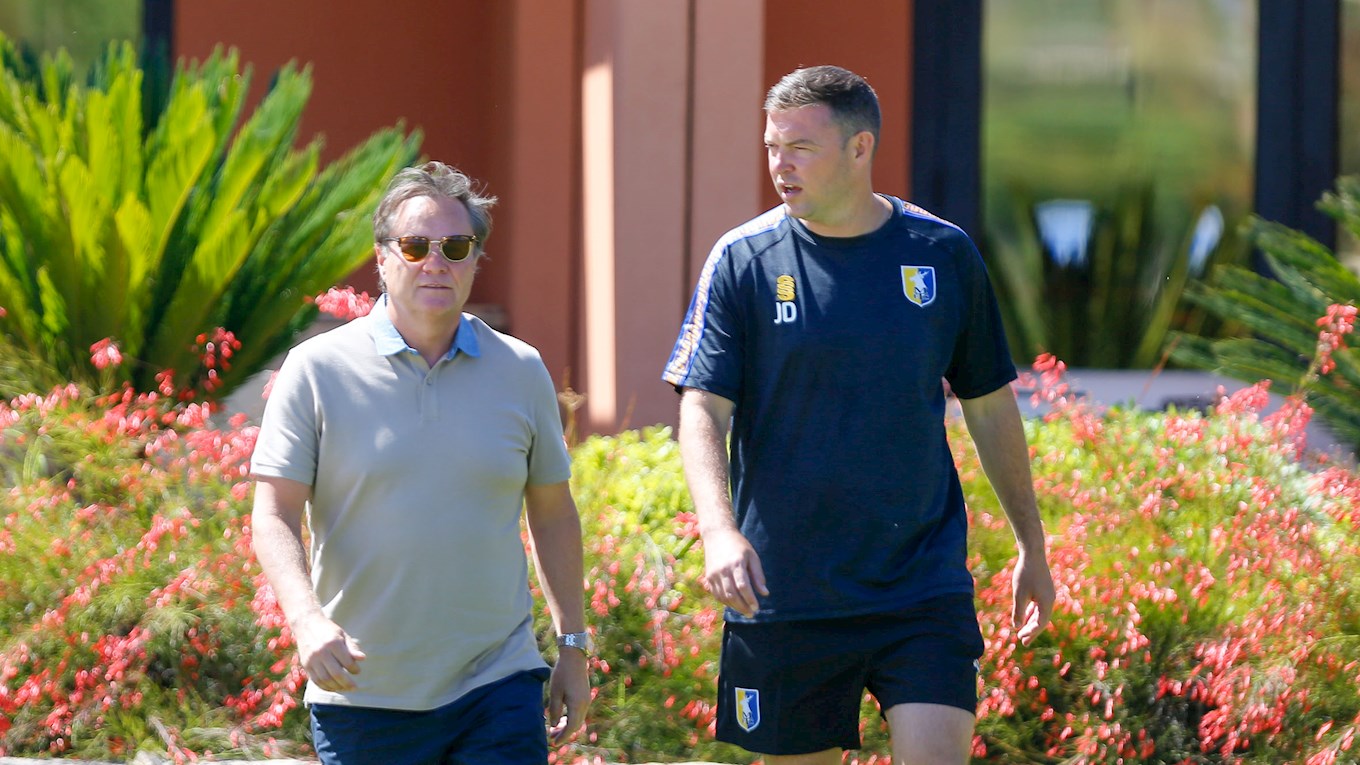 “The hotel might start a little earlier, but we’re going to wait until we’re in League One for the stand.

“We’re looking at adding a FanZone somewhere. Sandy’s Bar gets very full on matchdays, so we’re looking to make it more comfortable for the fans.

“So, if it’s raining, there is plenty of place for everyone to be comfortable, have a drink and a bit to eat, before enjoying the match.”

Earlier this week, it was revealed that the Stags had won the race to sign prolific striker Nicky Maynard. John Radford says that manager John Dempster ‘had a lot to do’ with the former Bury marksman opting for Mansfield.

“On this signing [Maynard], John Dempster has done a lot of the work to get it over the line. And what an excellent player he is bringing into the club. 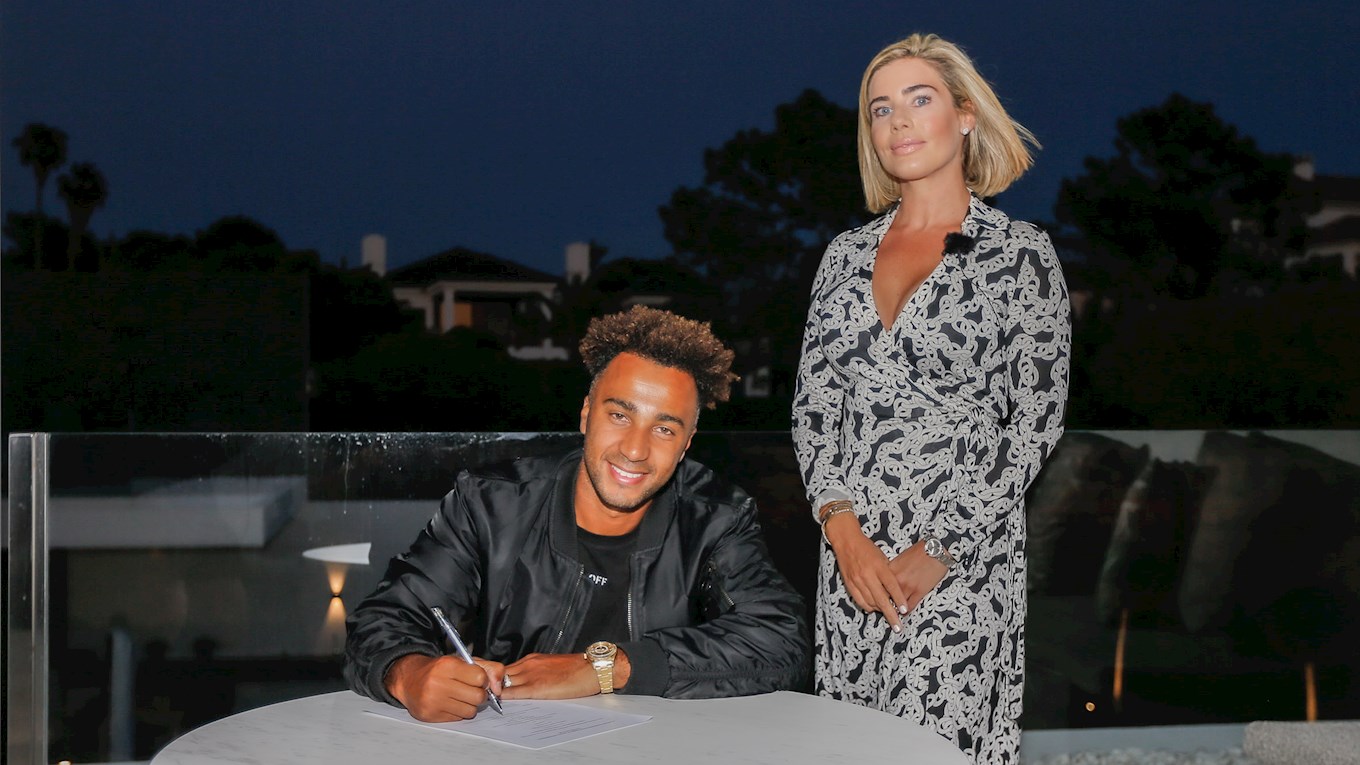 “There is a couple more [signings] to come at least. We’re only going to add quality to the squad.

“We’ll strengthen the squad but not with too many more numbers. There will possibly be another three people coming in.”

The chairman also discussed the Stags’ academy, which he believes is in the ‘best state it’s been’ since its formation.

“It [academy] is in an excellent stage. Richard Cooper [academy manager] is one of the most prolific professionals I’ve ever met.

“He keeps himself in order and knows exactly what is happening around the club. His heart is in the club as well. 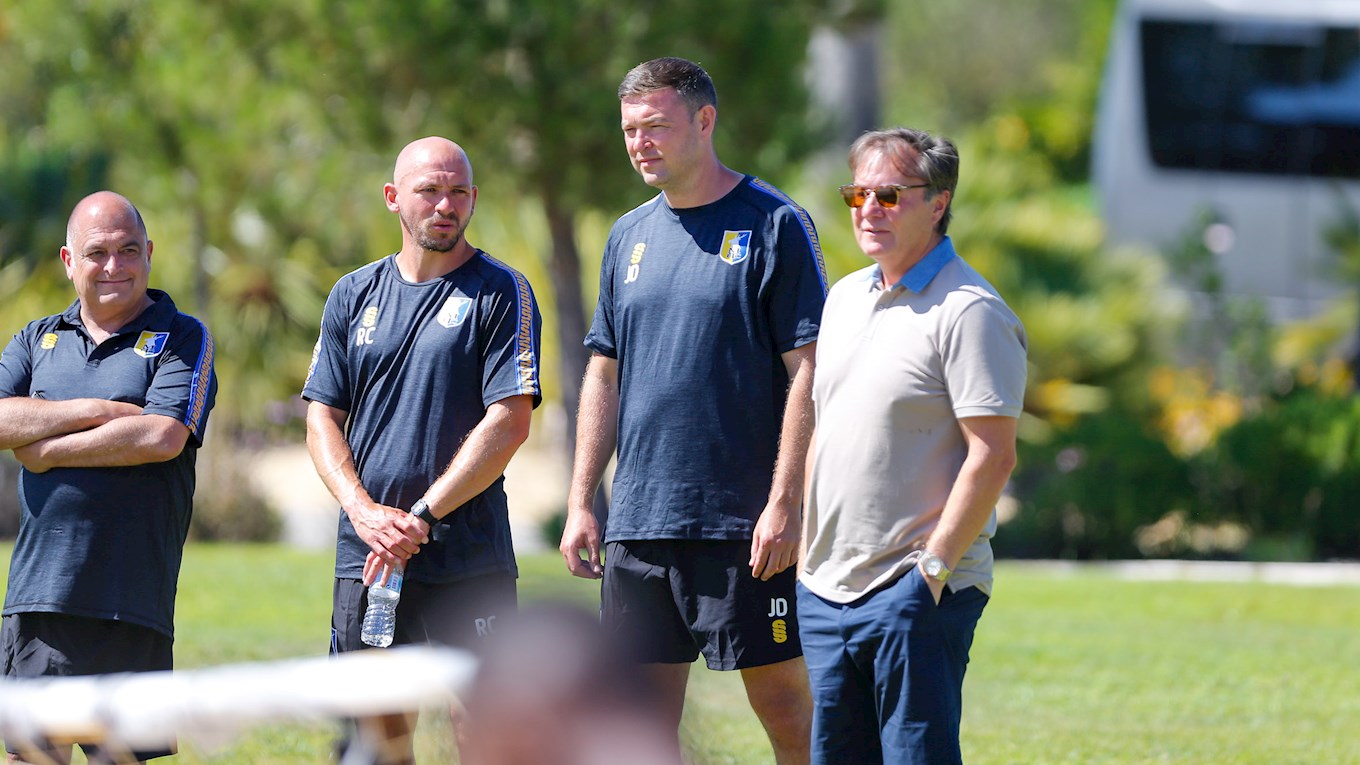 “The academy is in the best state it’s been in. We’re trying to bring players from around our area into the academy, and hopefully get one or two of them through to our first team.

“Certainly, with John Dempster [as manager], I think there’s a fair chance [of youth players getting first team opportunities]. But they have to earn their stripes – there’s no easy membership to get into the first team of Mansfield Town.

“But I think that talent is starting to come through.”

iFollow Stags subscribers can watch the chairman’s interview in full by logging into mansfieldtown.net/ifollow later today.