Leave your rivalries on the pitch and get on your bike to help stop a disease that kills one man every 45 minutes.

On 07-09 June 2019, over 500 football fans will take part in Prostate Cancer UK’s flagship Football to Amsterdam bike ride and you could be one of them. The ever-popular event now in its 7th year is set to be bigger and better than ever.

Putting rivalries aside, fans will unite by pedalling the two-day 145 mile stretch to Amsterdam's Johan Cruijff Arena from their choice of two start locations - either London at the Olympic Park or in Yorkshire at Barnsley’s Oakwell Stadium.

This is your opportunity to represent the Stags and most raise money and awareness to beat our toughest opponent of all.

You and your mates can help make the difference to relegate the most common cancer in men in the UK and have a great time doing it. 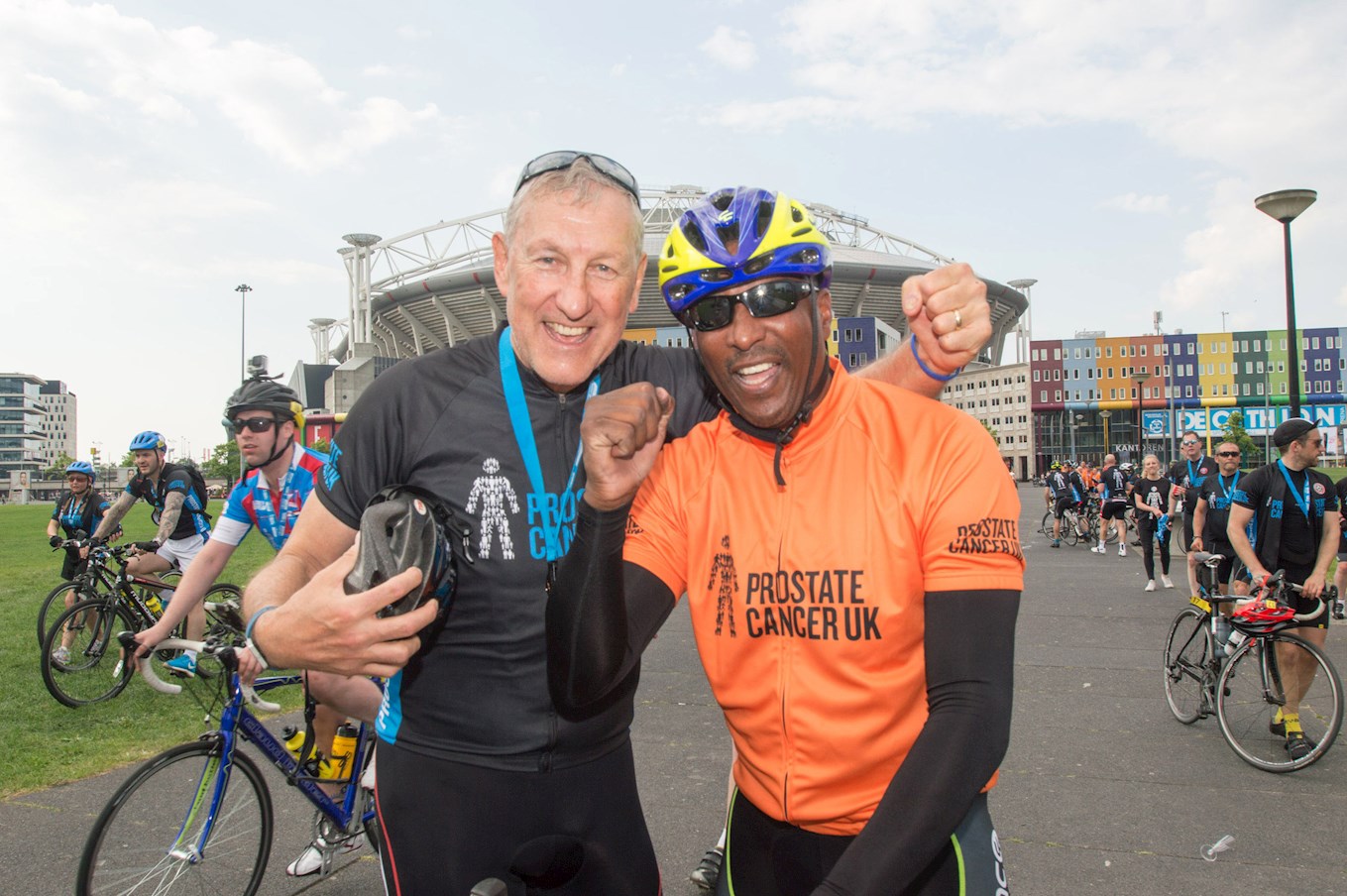 Football legend Viv Anderson is taking part in the 2019 ride for a fourth time to continue showing his support for the charity.

Viv said: “Football to Amsterdam is a terrific weekend full of camaraderie and laughs, and I’m delighted to be taking part for a fourth year for Prostate Cancer UK in June 2019.

“When I first heard that one man dies from prostate cancer every 45 minutes, I was stunned. Shocking as that stat may be, it also reinforces why Prostate Cancer UK’s work, and events like Football to Amsterdam, are so important in the fight against this terrible disease.

“The ride has topped the £2 million mark now, which is fantastic – but there’s still a long way to go. “That’s why I’m calling on football fans from across the country to join me next summer on the biggest ride in football. With your support, we can stop prostate cancer being a killer.”

One man dies every 45 minutes from prostate cancer – that’s two men every football match which is simply unacceptable. We need to turn the game around for men and their families and Football to Amsterdam is a brilliant demonstration of fans putting their rivalries aside to fight one common opposition.

Football to Amsterdam raises vital funds for more ground-breaking research to help provide dedicated support and information to men and their families and make prostate cancer a disease the next generation of men need not fear.

So help keep men united and get yourself signed up and represent the Stags in the biggest ride in football.

Once signed up riders are supported every pedal of the way and will join an elite club to receive a Prostate Cancer UK cycling jersey plus a unique finishers medal when they cross the finish line.

Sign up now to get £25 off registration with the code EFL25 and register here.
Find out more.