Mansfield Town are saddened to learn of the death of former manager Danny Williams, who managed the club from November 1971 until March 1974. He was 94.

A quintessential one club man, Danny Williams joined Rotherham United during WW II and continued playing for them until he was 36 – in 1961.

He was an influential member of the Millers' team which pipped Freddie Steele's Stags' for the Third Division North Championship in 1951.

After playing over 500 senior games and in excess of 100 wartime ones, he hung up his boots and stayed on at Millmoor as part time trainer coach and devoted the rest of his time to the sports outfitting shop he had opened in Rotherham several years previously. 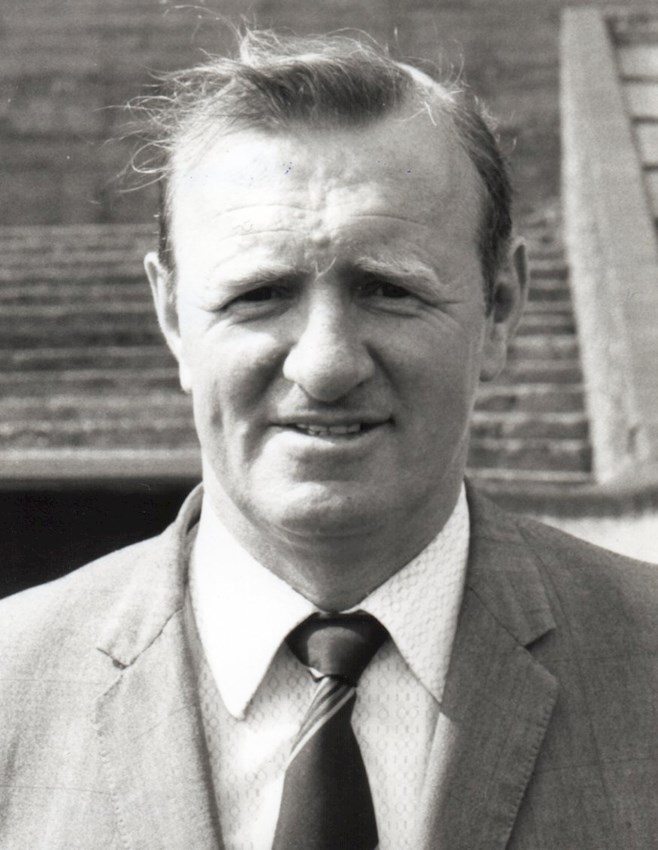 With the departure of manage Tommy Johnston two years later, Williams was offered the job and managed the Millers' for three years until Swindon Town persuaded him to throw in his lot with them.

He built the Robins into a fine outfit and led them into the Second Division and victory over Arsenal in the League Cup Final in 1969. This success prompted Sheffield Wednesday to give him their manager's chair, but he was unable to reproduce similar fireworks for them and did not survive their relegation to the Second Division eighteen months later.

He applied for the Mansfield job following Jock Basford's dismissal in 1971, inheriting a team that was doomed to relegation. The team appeared to be on course for a rapid return to the Third Division, but a poor final ten games which produced only two victories thwarted that ambition and they had to settle for sixth place.

The following season saw the team perform superbly at home, but badly on alien territory and they slumped to 17th. Williams had, however, departed before this occurred, having been lured back to Swindon Town – the directors releasing him from his contract.

In May 1978, after four years in charge and aged 54, he decided to step down, return to Rotherham and run his shop again.

In the late 1980s he retired and moved to the sunnier climes of Bournemouth.

The club sends its sincere sympathies to Danny’s family at this sad time.