The crowd was 21,117, the goalscorers were Dudley Roberts, Ray Keeley and Nick Sharkey. For the first, and so far, only time, the Stags were through to the sixth round of the FA Cup, then (and still today to some football romantics, myself included) the greatest domestic cup tournament in the world. Mansfield Town of the old Third Division were a mere two victories from the FA Cup final at Wembley.

Of course, as we all know, Leicester City of the First Division, complete with Peter Shilton, Allan Clarke, future Stag Bobby Roberts and others, put paid to the Mansfield dream at Field Mill a couple of weeks later on 08 March 1969. But today is not the day to reflect on that narrow, and still enormously frustrating, 1-0 defeat. Half a century on from the amazing events of a freezing winter's night in Mansfield, consider the following...

In 1969, the FA Cup was not treated as an irritant by First Division (Premier League, call it what you will) clubs desperate to hold onto the riches that fall into their lap today through global TV rights, provided they maintain top tier status. 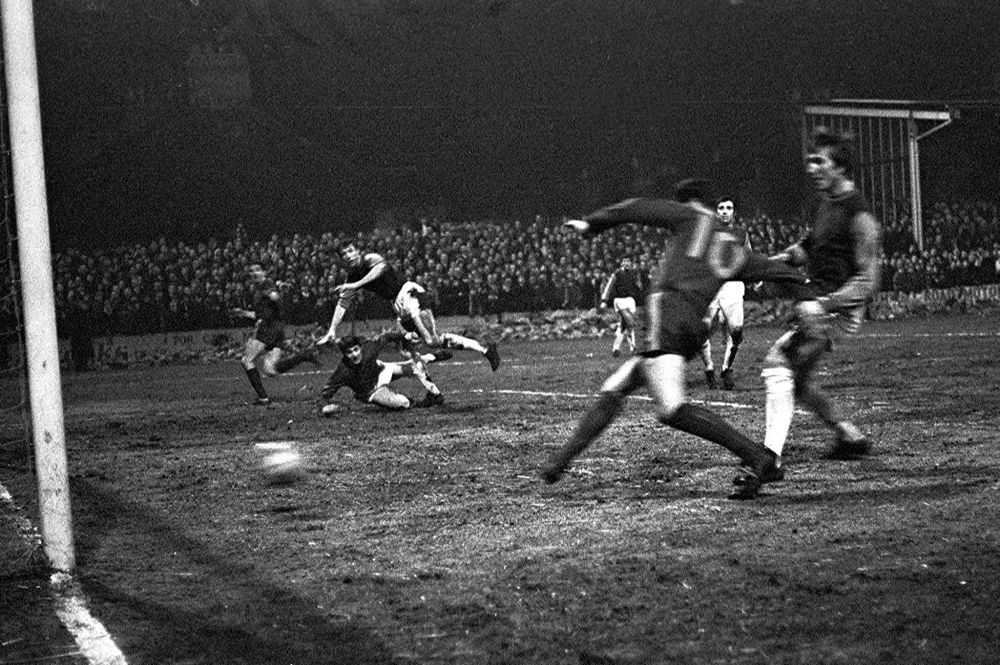 In 1969, no First Division manager would have risked leaving out their stars to keep them fresh for more financially significant league encounters. And West Ham, 50 years ago, boasted their finest ever side, I would argue. That wonderful evening, three World Cup winners graced the Field Mill turf and mud in the shape of England captain Bobby Moore, hat-trick hero Geoff Hurst and the other goalscorer against West Germany in 1966, Martin Peters.

The Hammers also boasted the likes of Harry Redknapp, Trevor Brooking and Billy Bonds, all desperate to get to Wembley. But the World Cup winners proved to be no match for Dave Hollins, Sandy Pate, Sharkey, Bob Ledger and the rest.

To emphasise further the Stags' achievement that night, this was no Hereford United, Sutton United or Wrexham-style third round skirmish against top flight opposition on dodgy surfaces.

That is not to belittle those clubs' astonishing victories against Newcastle, Coventry and Arsenal. But this was the fifth round and the Twin Towers and Wembley Way were almost on the horizon. And it was no narrow victory. 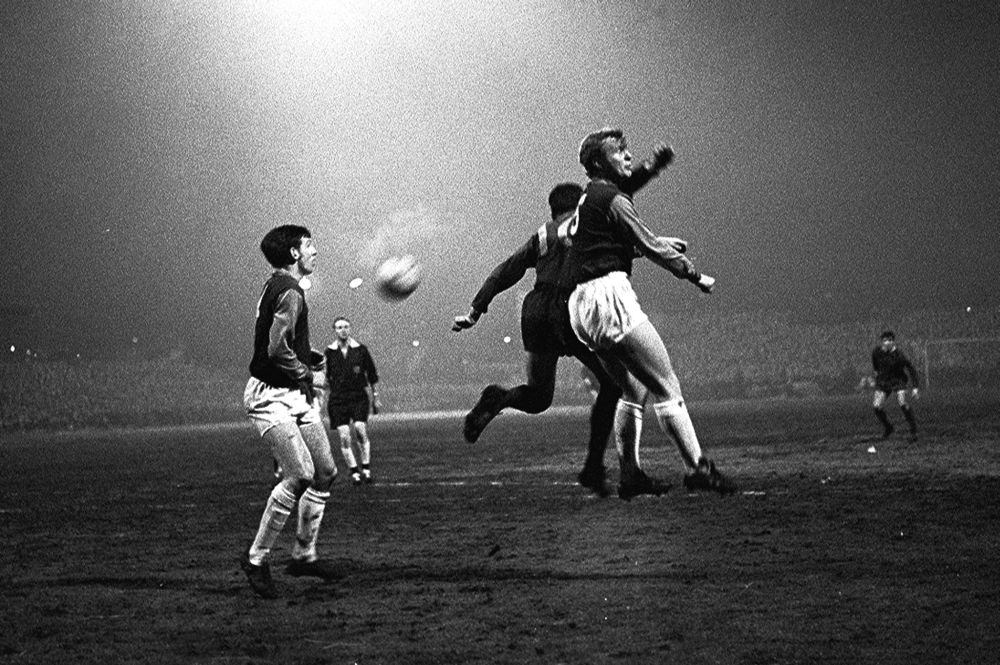 The heroes of Mansfield led West Ham a merry dance in the Field Mill mud that night, with Sharkey tripping the light fantastic in front of a delirious Quarry Lane End terrace to slip the ball past Bobby Ferguson in the West Ham goal and seal victory early in the second half. To coin a phrase, the Stags hammered the Hammers, World Cup winners and all.

And now it's half a century later, and that glorious night at Field Mill remains largely unremembered by the general footballing public, at least in comparison with the likes of Hereford, Sutton, Wrexham etc. In my book, the single biggest reason for that frustrating anomaly is that there were no television cameras – let alone today's ever-present Internet judge and jury of Facebook, Twitter and the rest of the self-appointed keyboard armies out in cyberland - there to record the Stags’ exploits.

For those of us lucky enough to be among the Field Mill hordes that evening, we only have our precious personal memories, and old black and white photographs to recall quite possibly the greatest FA Cup giant-killing act of the lot, considering the context and circumstances of the match. 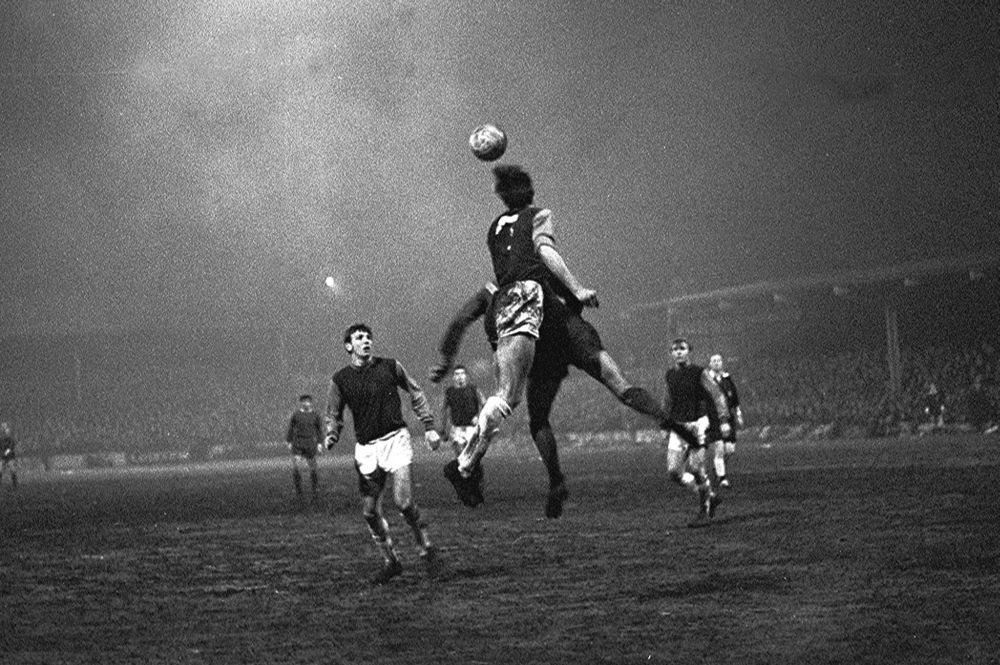 But it would be wrong to dwell for too long on why Roberts, Keeley and Sharkey will, unfairly, never rank alongside the likes of Ronnie Radford, Mickey Thomas and others - especially when we have the memories of a few of the Stags' heroes to cherish.

I was lucky enough to interview a handful of those former Stags of ‘69 for the club programme a few years back. We are all now 50 years older – but the memories of that night can never be lost.

'Razor' Ray Keeley, the man who smashed in the second goal on the volley in front of the North Stand in the 37th minute to put the Stags 2-0 up, said: “That West Ham game has got to be the highlight of my whole playing career. When I hit that ball, you have always got that hope in your mind that it will go in. Sometimes they hit the corner flag.

“I think I had a good game that night. In the team talk before kick-off, (manager) Tommy Eggleston said to me: ‘You just look after Martin Peters. I thought ‘blimey, how do I look after him?’ They used to call him a ghost, because of how he would ghost past players. You wonder if you are going to be able to touch them. It was unbelievable.’

“After the game, we went to the White Post at Farnsfield. There was a large amount of champagne.” 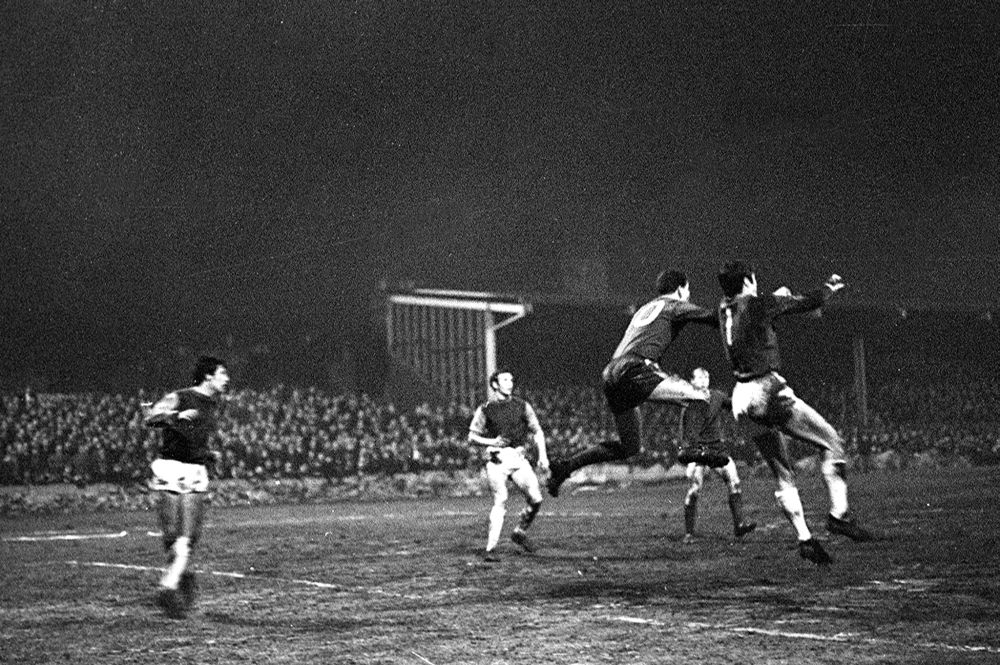 Goalkeeper Dave Hollins said: “As a tactician, Tommy Eggleston was superb. He said to Nick Sharkey, our little striker, 'your job is to stand within a yard of Bobby Moore,’ and that was what won us the game. Bobby Moore never passed the ball, Nick was constantly within a yard of him. It was absolutely fantastic.

“Harry Redknapp was playing on the right wing and he always used to jump if anybody came near him. Our left back, Mick Hopkinson, was marking him and he was told 'if Harry gets the ball, Harry has to go up in the air.’ If you told Mick to do something, he would do it.”

Big Dudley Roberts, who scored the first goal, said: “I nipped in between Bobby Moore and Billy Bonds. If I had missed it, I would have taken some stick. Bobby Moore could be quite nasty, he tried to stamp on me once or twice.

“That 1969 side was one of the best sides I ever played in. We didn’t get much money, you worked hard.” 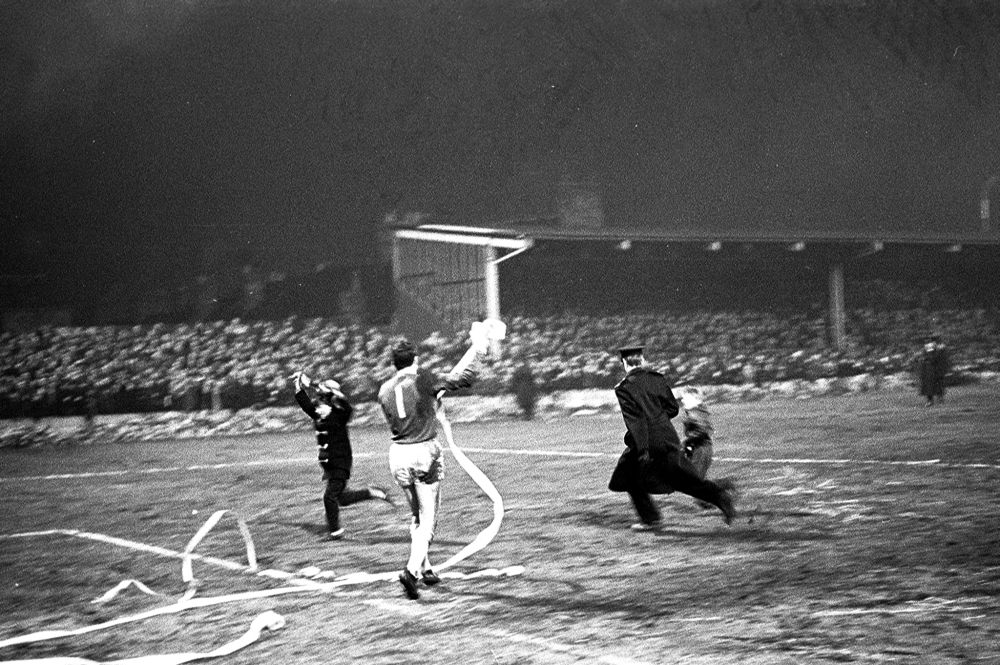 The memories linger, but time moves on remorselessly for all of us who can recall the sheer magic of Mansfield Town 3 West Ham 0, still the greatest game I ever saw in a lifetime of obsession with the global game. Four of the heroes of ‘69 are no longer with us; skipper Johnny Quigley, Bob Ledger, Jimmy Goodfellow and my favourite all-time Stag, Nick Sharkey.

But there are still a few Stags' fans from 50 years ago with whom I can still discuss the game – step forward old friends John Whitewood, Andy and Chris Bradley, Mansfield Town mastermind Paul Taylor, Simon Chamberlain, all part of that 21,000 plus crowd – as we all rush headlong  towards state pension age.

More than any other game I ever saw or am likely to see, the West Ham classic will always be there at the back of my mind to remind me why I fell in love with football back in the mid-60s, long before Abramovich and Sheikh Mansour-style riches transformed English football, for better or worse. 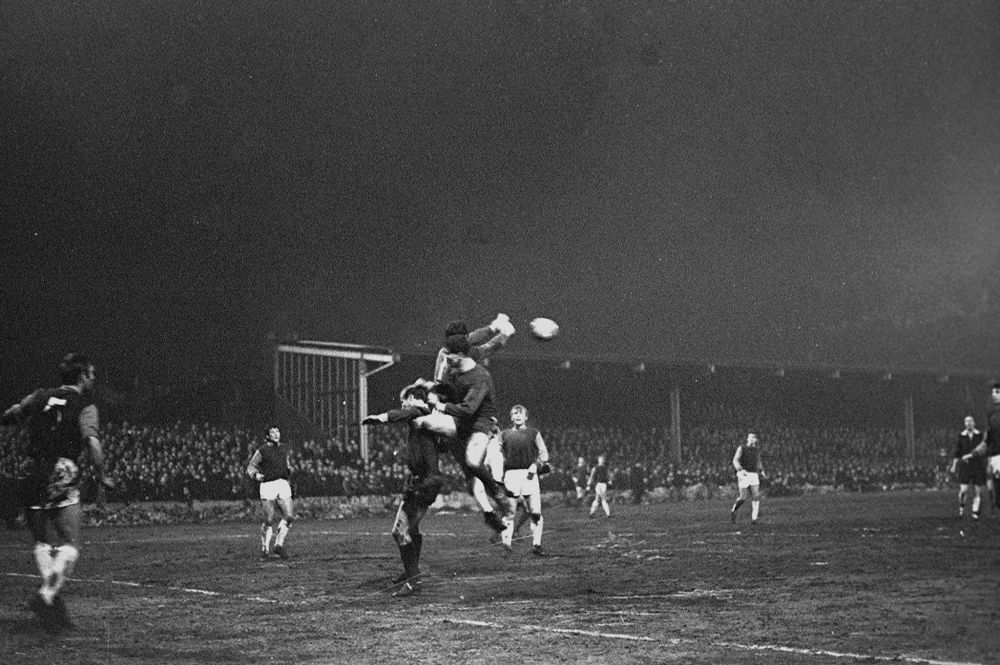 It proved that dreams can come true, that the underdog can win, that in a cut-throat world sport in its purest form remains one of the great levellers. And its unforgettable memory can always re-connect me to my 13-year-old self, gripping the tiny terrace in front of the old Bishop Street Stand, utterly entranced by events on the pitch.

Not much in life can perform that trick after 50 years, but that's football for you...

To celebrate 50 years since our 3-0 victory over West Ham United in the fifth round FA Cup, we are now selling limited edition commemorative tankards and mugs!

Head to stagsclubshop.com or visit our club shop on Quarry Lane to purchase yours!


Mansfield Town manager Nigel Clough provided an injury update ahead of this weekend’s hotly anticipated encounter at home to Gillingham.

I want to contribute to success here – DJ


Mansfield Town striker Danny Johnson says he’s aiming to prove he can ‘score goals here and work as hard as I can for the manager’ following his return to the club.

Defender crowned Man of the Match from Bantams draw


Defender Alfie Kilgour has been crowned as Man of the Match from Saturday's well-fought draw away at Bradford City.


Were you one of the 1,852 Stags' supporters that attended Saturday's match away at Bradford?