Wingman CJ Hamilton’s 50th-minute finish had thrusted the Stags into the lead before frontman Rhys Browne and substitute Jake Taylor netted for the hosts.

This left the amber and blue needing a late equaliser, which arrived in the second minute of stoppage time courtesy of Sterling-James' tremendous finish.

And after notching his fourth goal of the campaign, the St Kitts and Nevis international reiterated his intentions to nail down a place in future starting line-ups.

“It’s as close as I’ve been all season [to a start],” he said to iFollow Stags.

“I’ve got to keep going, it’s just when he [John Dempster] wants to put me in. I’ve had games in and games out so I just want to find consistency and keep going.

“If I’m on the bench I’m not sulking, I’m just waiting for the go. As soon as he told me to get ready I knew what I had to do.”

The 26-year-old also felt Mansfield had the better chances on Tuesday evening, despite falling to defeat via means of a penalty shootout. 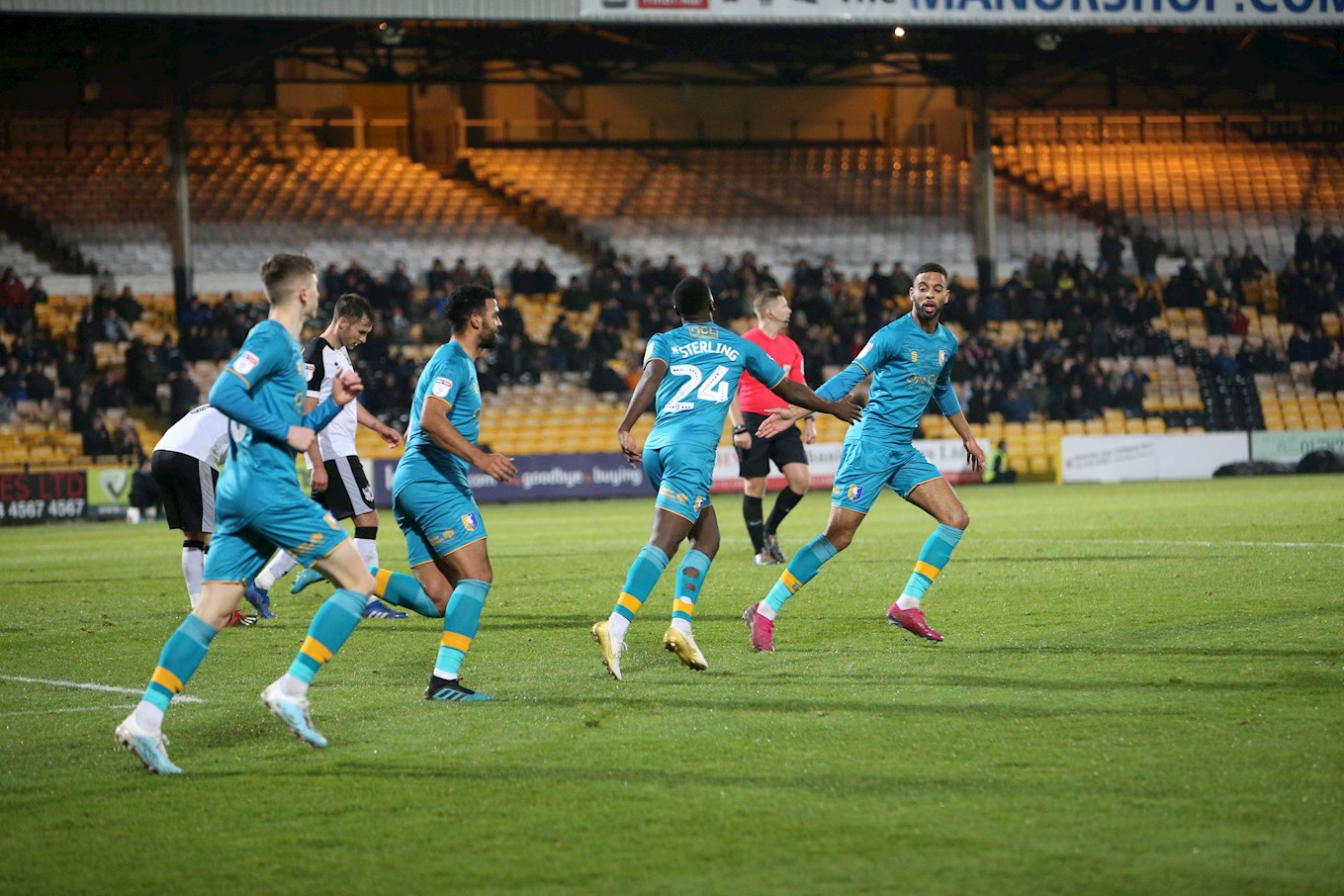 “I think it was an even contest. We both had chances and we probably had the better chances, where we could have teed up someone and put it to them.

“We went one-nil up but unfortunately they’ve scored two so we just have to go again.

“I think we’ve played alright, we’ve had chances and I’ve managed to score but we’ve just ran out of time.

“Unfortunately, in this cup there’s no extra time and it goes straight to penalties.”

The substitute then detailed his 92nd-minute equaliser from his perspective as he found the bottom corner with aplomb.

“Once I’ve got the ball from [Jacob] Mellis out wide, I can see him [the defender] back tracking and I’ve got him exactly where I want him,” Sterling-James continued.

“It’s just a case of whether I can get across him to find someone or hit the back of the net.

“I think that goal and the one [against] Everton are my favourites.”