Midfielder Alex MacDonald expressed his gratitude towards the Mansfield Town supporters following the conclusion of 2019 against Bradford City on Sunday afternoon.

The Stags were unable to conclude the decade on a high after James Vaughan’s double from the penalty spot proved to be the difference.

Goals in either half sandwiched a hard-working performance by the amber and blue, which was witnessed by 1,141 fans from Nottinghamshire.

And MacDonald shared his appreciation for those who had travelled to Valley Parade.

“I don’t know how many [supporters] there were but at times they out sung the Bradford fans,” he said post-match.

“When you come to a stadium like this, it’s impressive. They’ve got a lot of people behind the team but we certainly heard ours.

“The fans at this club have been magnificent. We did go through a bad spell at the start of the season but since the new manager has come in we’ve felt a galvanised spirit from the stands.

“It’ll certainly help us until the end of the season so from me and the boys we thank them for their support.” 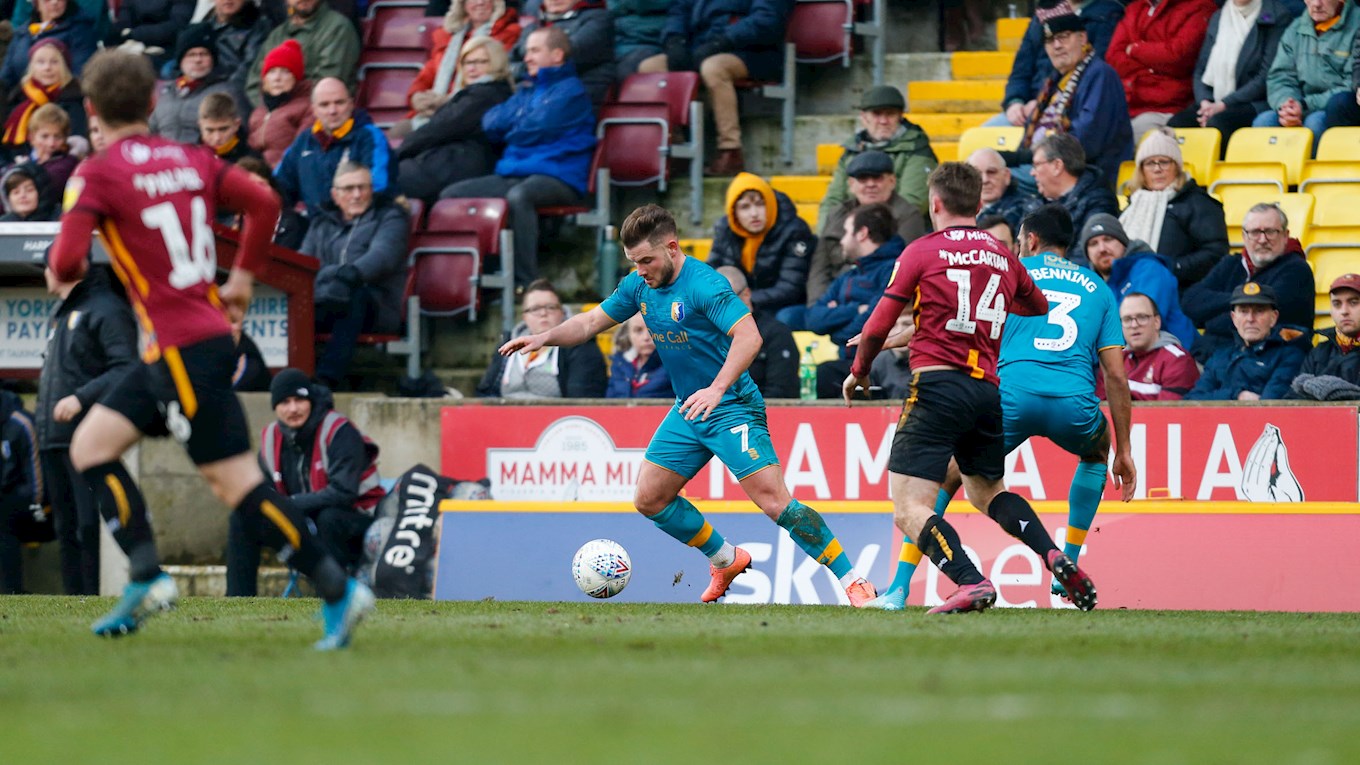 The former Burton Albion man also detailed aspects Graham Coughlan has attempted to implement since his arrival from Bristol Rovers 12 days ago.

“When the manager joined, it came during a tough spell where there’s not much time to get on the training pitch and put his ideas across, but what he has put across is a lot of hard work.

“We’ve certainly performed that in the few games that we’ve had under him. It’s not been through the lack of effort or desire but we just lack belief in both boxes.

“Having spoken to people who’ve worked under him he’s come across exactly how they’ve told me.

“He wants a hard-working group but it comes from a base, which is clean sheets. It’s something we’ve not been good at, so far, this year.

“We need to improve on that, he knows that and we as a group of professionals know that. 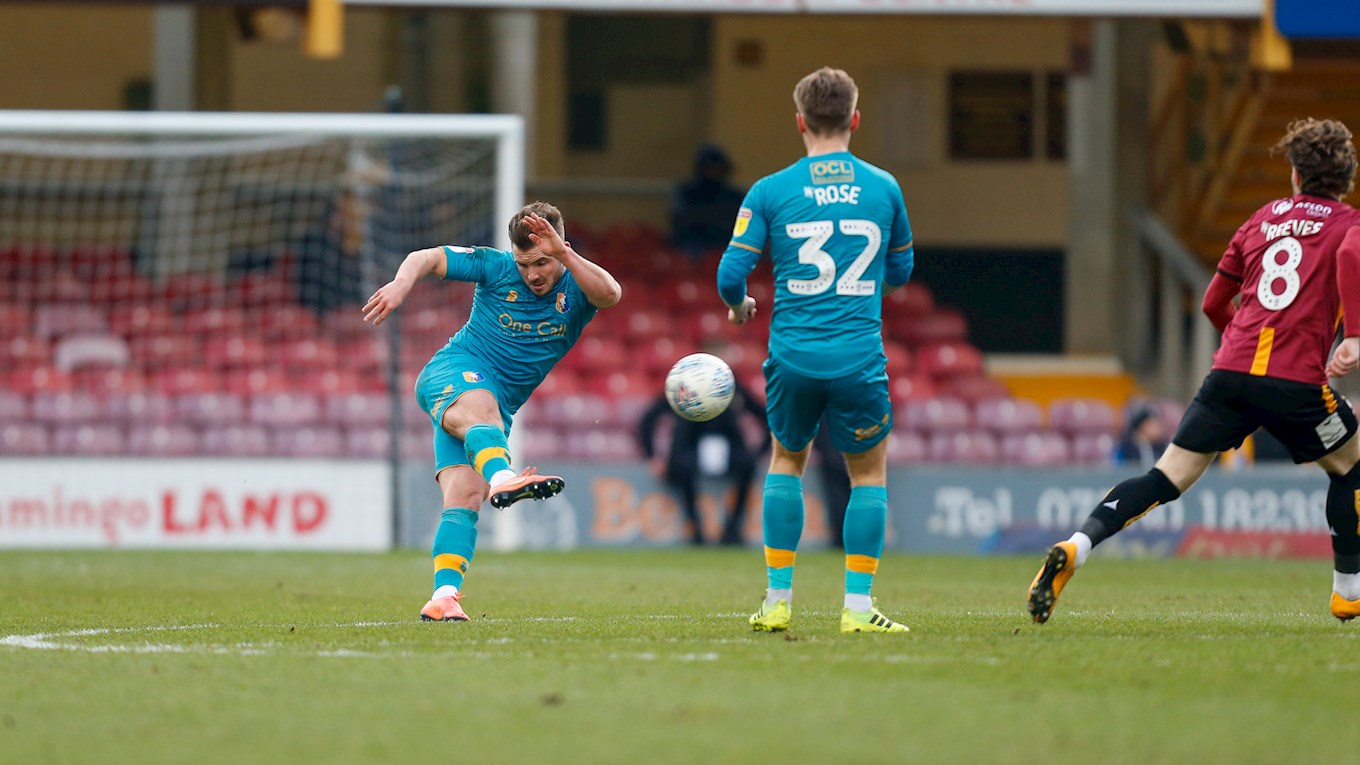 “We’re going to try and instil that first and foremost and anything that comes off the back of it will be a bonus.”

The 29-year-old then cited fine margins as the main reason behind his side’s defeat in west Yorkshire.

“It’s been that [fine margins] before and we’ve been on the wrong end of it too many times,” MacDonald continued.

“That’s why we’re in the position we’re in but we can’t sulk or go into our shells. We’ll come in tomorrow and be prepared for a big game on New Year’s Day.

“It’s another hard one to take. A gritty, hard-working away performance but we’ve made two errors – one by myself – which has ultimately cost us.

“I don’t believe we deserved to lose the game but I don’t want to sound like a broken record. We’re not good enough in both boxes at the minute."