The Stags faced a two-goal deficit heading into the latter stages of Thursday afternoon’s contest, following goals from the centre-half pairing of Nathan Smith and Leon Legge.

However, substitute Nicky Maynard reduced the arrears on 81 minutes before Hamilton sent the home faithful into raptures with one minute remaining.

And the wideman hopes to build upon his first goal in Sky Bet League Two this season as the fixtures continue to come thick and fast.

“I think I’m slowly finding the form I had last season but it’s a long way from getting there – but I do think I’ll get there,” he told iFollow Stags. 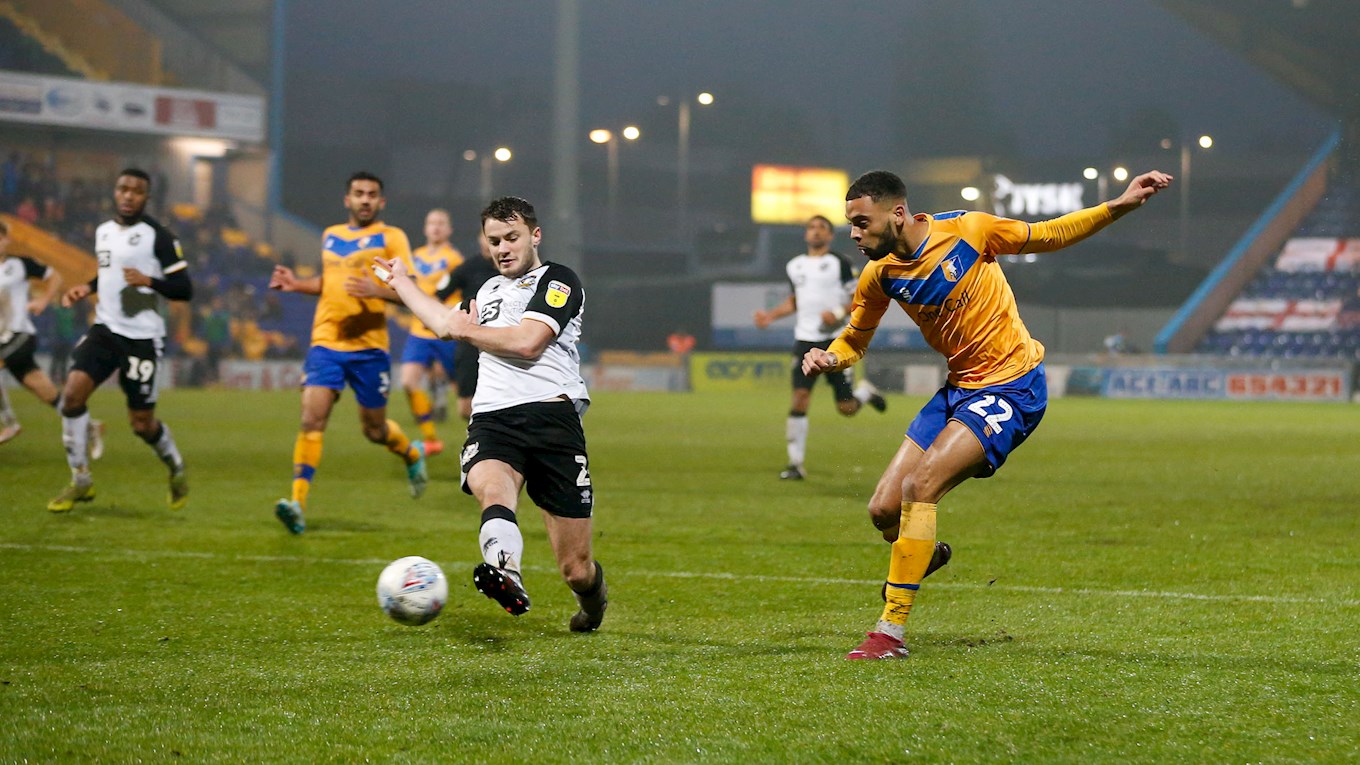 “That’s always the hardest one to get, the first one, so hopefully now they keep on coming.

“It’s always a confidence booster when a manager comes in and tells you that you’re more than capable of doing things in this league, and that’s what he has done.

“Hopefully that means I can repay him on the pitch.”

The 24-year-old hopes the comeback will provide a confidence boost heading forward.

“I think it [the equaliser] will [boost confidence] because we have to think we could have conceded a third but today we brought it back.

“Now it’s time to put teams to the sword and actually finish our chances to win games. 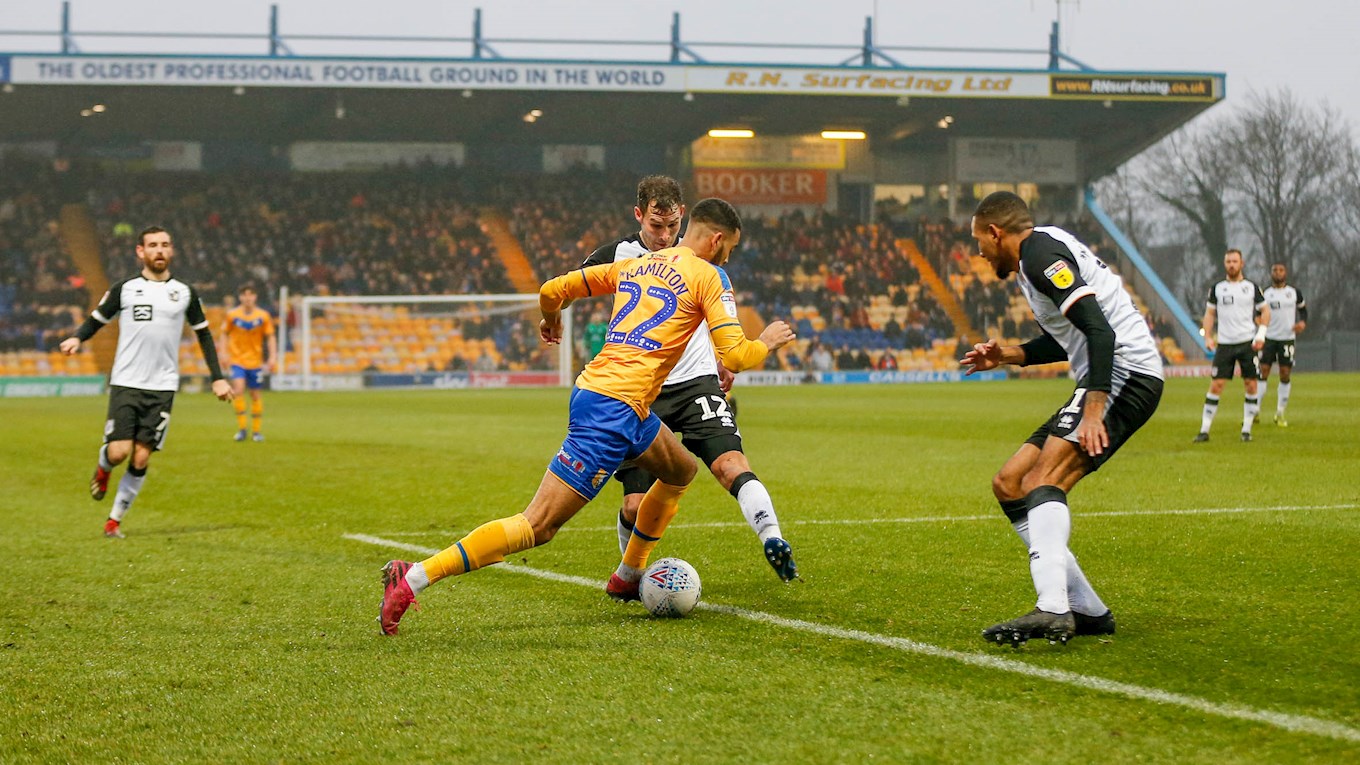 “I think the belief is in the squad, even after going 2-0 down, but the crowd helped us. After the first goal [Maynard’s] they were good for us and helped us get it over the line.

“That first goal always sparks a comeback but I think the boys were just determined to keep getting chances and put it in the back of the net.”

However, the former Sheffield United man held a slight sense of disappointment after the amber and blue could perhaps have taken all three points.

“It’s always good to get your first goal of the season but I’m still disappointed with result,” Hamilton continued.

“I felt as though we should have done more to grab all three points today. 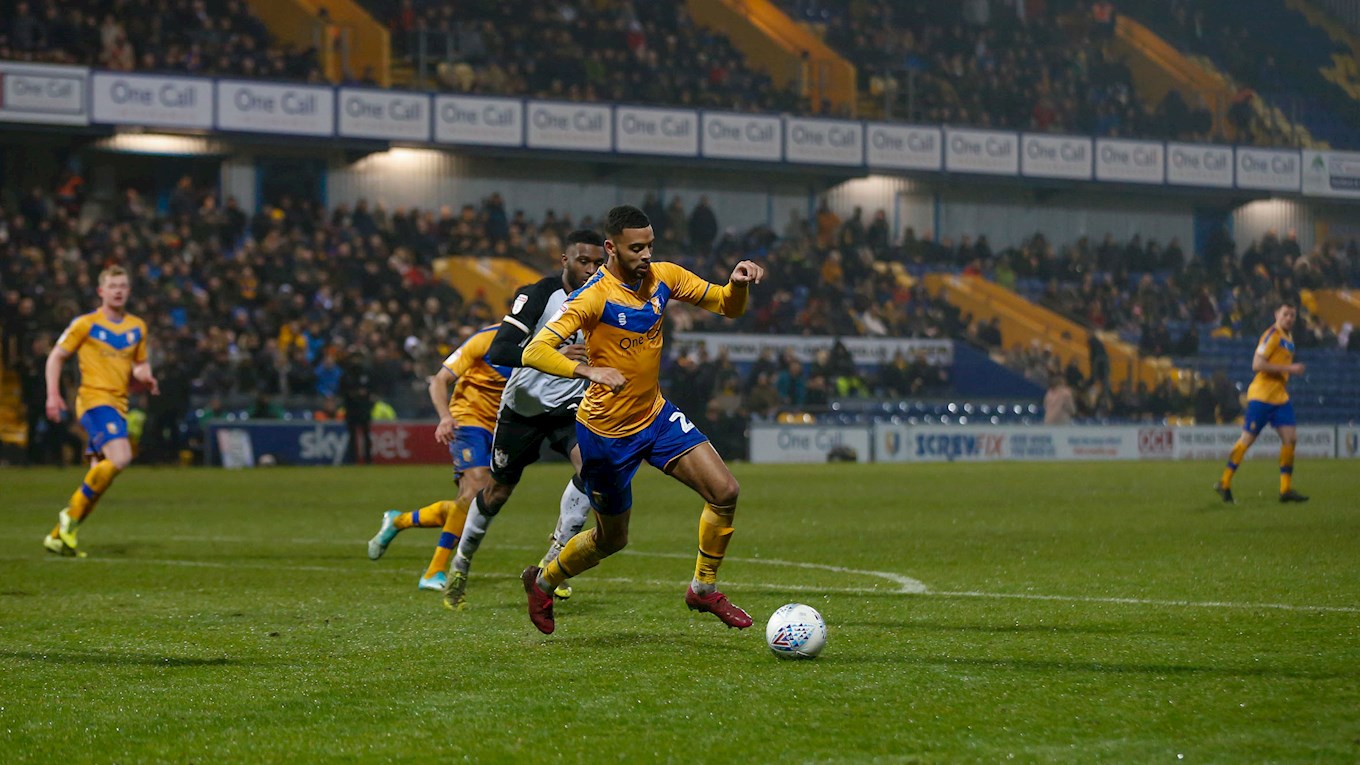 “As a team, we could have stopped their goals. They’re stoppable goals and we could have done more with chances by finishing them off.

“Everyone in the changing room is disappointed because we think we could have beaten them today, so that was obviously a downer but to come back from two-nil down is always great.”