Manager Graham Coughlan has called on the Mansfield players to ‘reward’ the fans for their ‘magnificent support’ following this afternoon’s 2-2 draw with Port Vale at One Call Stadium.

In the new boss’ second game in charge, late goals from Nicky Maynard and CJ Hamilton secured a point after Port Vale defenders Nathan Smith and Leon Legge put the visitors two to the good.

The manager offered his thoughts on his side’s performance, while once again praising the One Call Stadium faithful.

“I’m probably going to sound like a broken record but that’s another game we should’ve won,” he told iFollow Stags. “We don’t look like we had composure in front of goal, which is obviously self-belief and confidence.

“I was a bit disappointed that we didn’t win the game if I’m being honest. That’s another game, at home, that we should’ve won.

“The goals we conceded were poor. It’s frustrating and it’s annoying, but we will get there. We’ve not had much chance to work hard – my ‘working hard’ and the players’ ‘working hard’ are two different things.

“We’ll get to my way of thinking – but the lads have given their all again. On another day they might not have come back. 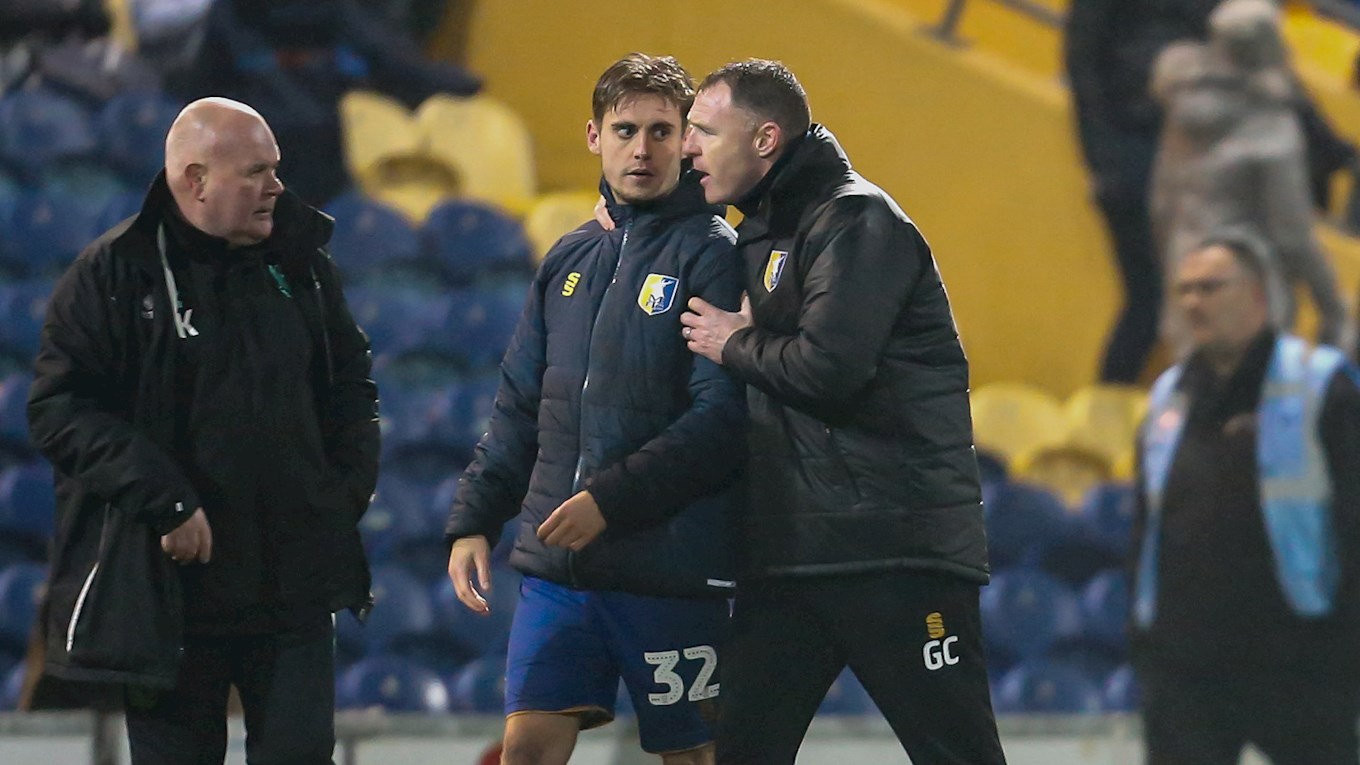 Graham Coughlan says that there is a ‘lack of confidence’ in the Mansfield squad, which explains the missed chances this afternoon.

“There is a lack of confidence and lack of self-belief, that’s possibly why we’re missing chances and vulnerable at the back.

“That [comeback] will give them confidence. They’re creating chances, which breeds confidence – and we’re confident that we can get there and we can take them eventually.

“They’re good players who don’t deserve to be where they are in the division. It’s a new chapter and one thing for sure is that we’re getting honesty, hard work, graft and commitment from the players.

The boss was, however, delighted with the ‘character’ his side showed to stage a dramatic late fightback.

“In the previous group of boys that I managed, I had every hope and every faith that they would come back.

“I love that – rolling their sleeves up and fighting back in the game. Now they’ve shown me character and what they’re made of – that they can come back in the face of adversity. 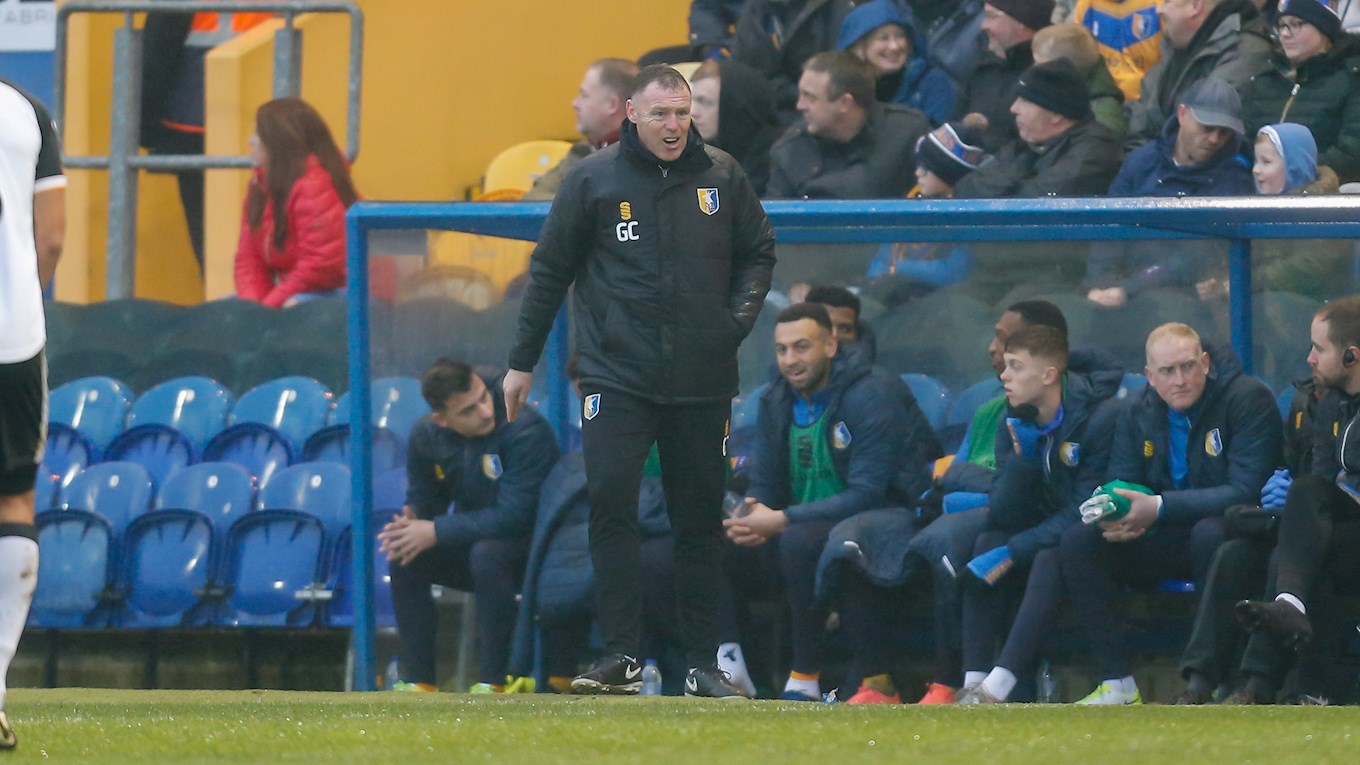 “That’s a massive positive and a massive plus. But my message to the boys would be: don’t be going two-nil down too often, because teams don’t let you back in.

“Today is two points dropped. We showed a lot of qualities that I liked, but we showed vulnerabilities that I disliked.

“But to get back in the game, all credit to the fans. They dragged them over the line again. Now my message to the dressing room is, ‘you start giving the fans something to cheer about.’ The only way you can do that is by winning football matches.”

Looking ahead to the busy upcoming schedule for the Stags, starting with Sunday’s game away at Bradford in Sky Bet League Two, the manager added: “It [schedule] is busy, hectic, chaotic – game after game, training session after training session. I can’t wait to settle down and go Saturday-Saturday, because we can get some real quality work into the players and start getting our ideas across.

“There are far more positives that I’ve seen over the last two games and five or six training sessions than I thought when I came in.

“We’ll be okay. But I want to win football matches – I’m not here to draw games. I’m not here to be hanging around 18th in the table – and I’m sure the players will echo that sentiment.

“They’re a good group of lads – there’s some quality in there, but it’s just that confidence and belief that they’re lacking.”