Manager Graham Coughlan was pleased with the ‘work rate, attitude and commitment’ on show from his players this afternoon, but added that he was ‘bitterly disappointed’ to not get all three points after a good performance against Northampton.

The new Stags’ boss took charge of his first game in a 1-1 draw with play-off chasing Northampton this afternoon, with Andy Cook and Harry Smith on the scoresheet for either side.

The manager says he was ‘encouraged’ by plenty of the Mansfield display.

“I’m bitterly disappointed because we should have won the game,” he told iFollow Stags. “We had the better chances and the game should have been dead and buried. 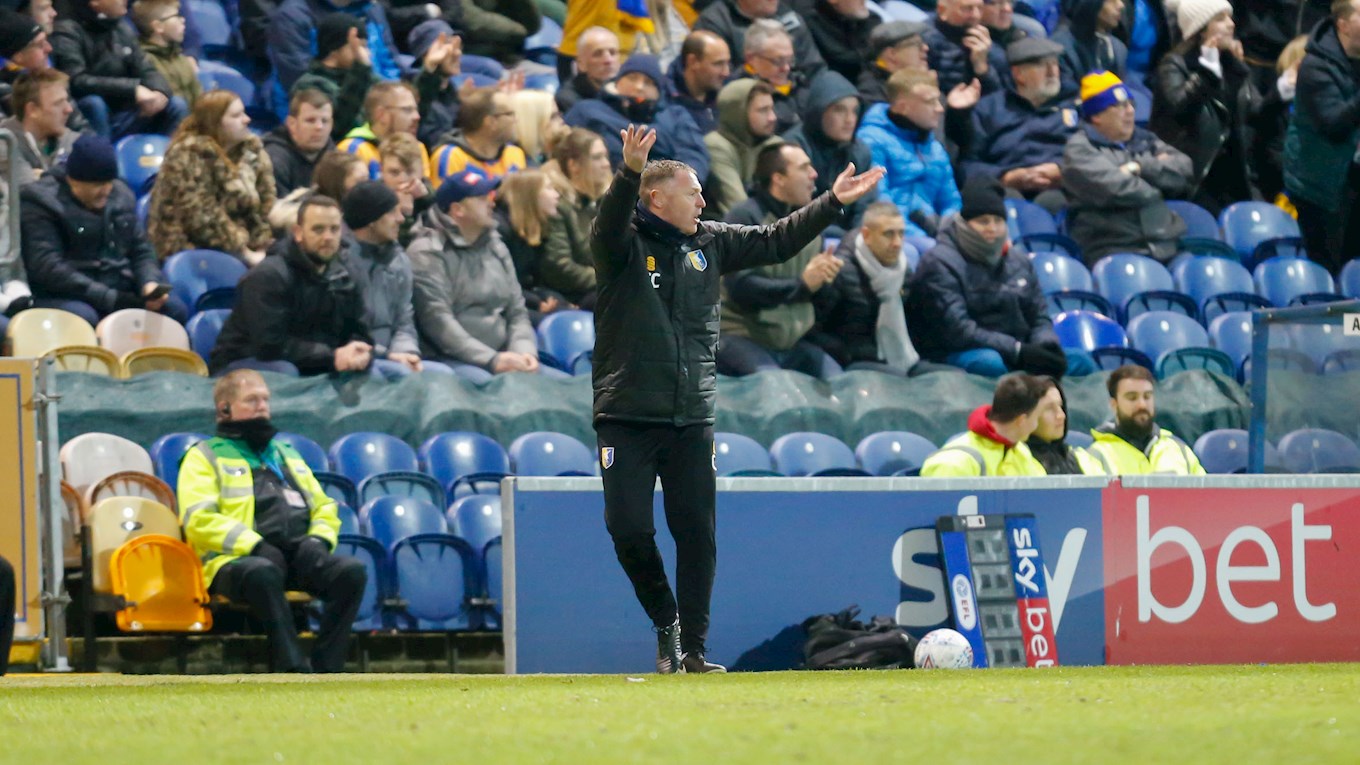 “But I was really pleased with our work rate, attitude and commitment. There were lots and lots of positives.

“We got a little bit lucky in the first two minutes when their shot came off the crossbar, but the lads have worked their socks off in the last three days for me so we deserved that little bit of luck.

“But after that, we defended resolutely. We had to head it and put our bodies on the line.

“I loved the defending. The way we stuck our heads in and wore our hearts on our sleeves. I loved that little bit for the parts of the game where we had to defend. 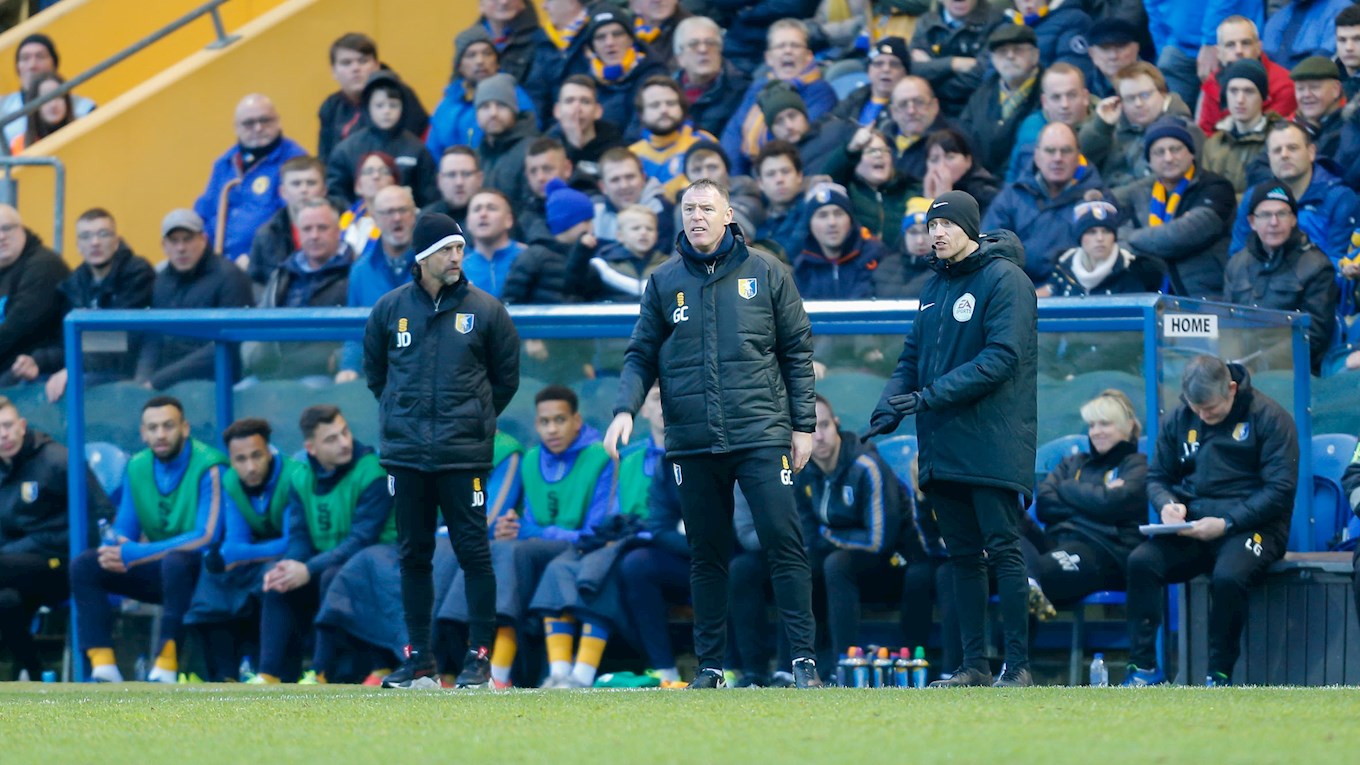 “I also loved the way we picked the ball up, turned, and went at the opposition. There is plenty to work with.

“All-round, the crowd encouraged me, the players encouraged me – yes, I would’ve loved three points, but all-round I have to be relatively pleased against a promotion-chasing team.”

Graham Coughlan spoke of an improved second-half performance from his side, whilst also praising the support from the ‘immense’ home crowd. 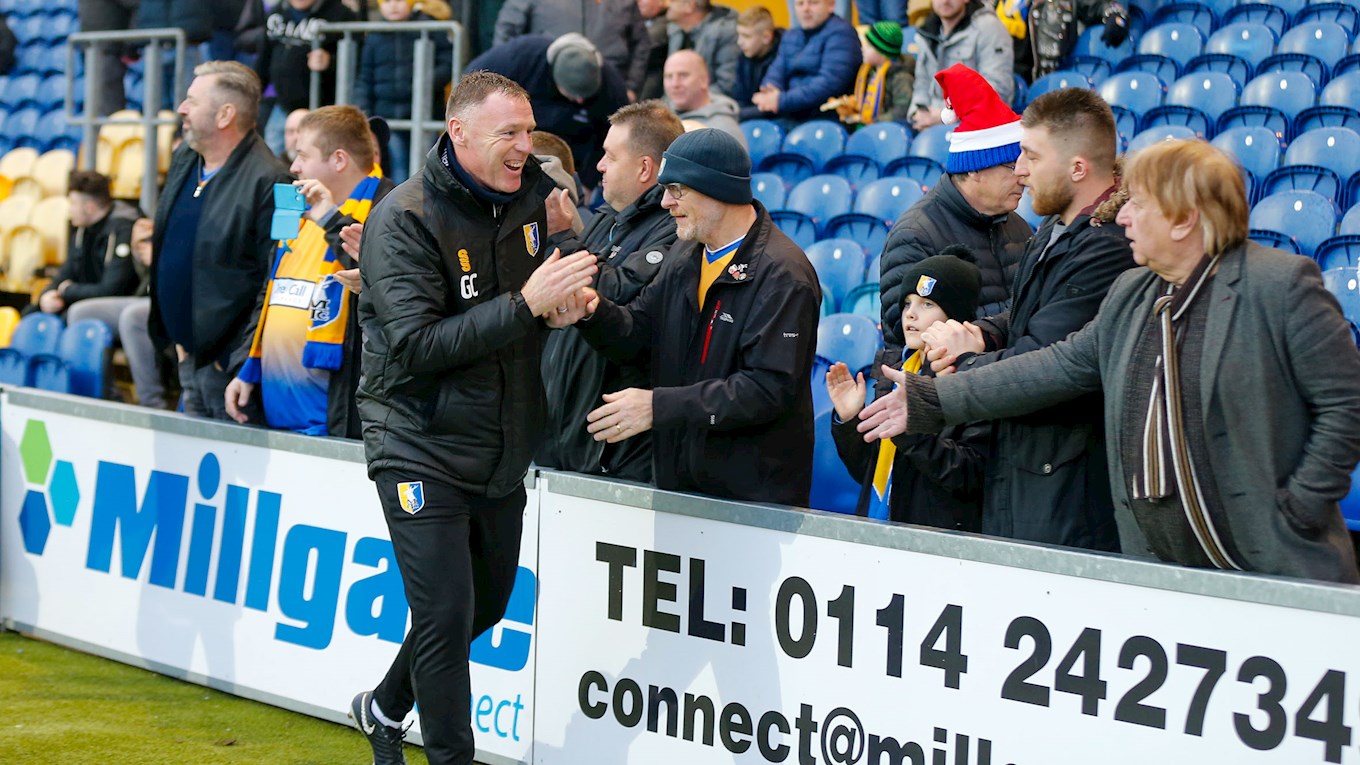 “I wasn’t comfortable with the first-half. I felt like we were just running along with them and I thought we paid them a little too much respect.

“Yes they’re a promotion-chasing team and deserve to be there, but I just wasn’t getting enough from three or four individuals.

“They can do it and they showed it in the second-half. Now I just want that bit of consistency and a little bit more.

“I actually think the crowd got us over the line at the end of the game. You could see the lads were getting tired, but the reaction of the crowd after the [Northampton] goal – it was like we scored.

“They could see that they were leaving everything out on the pitch. I thought the crowd were immense today. 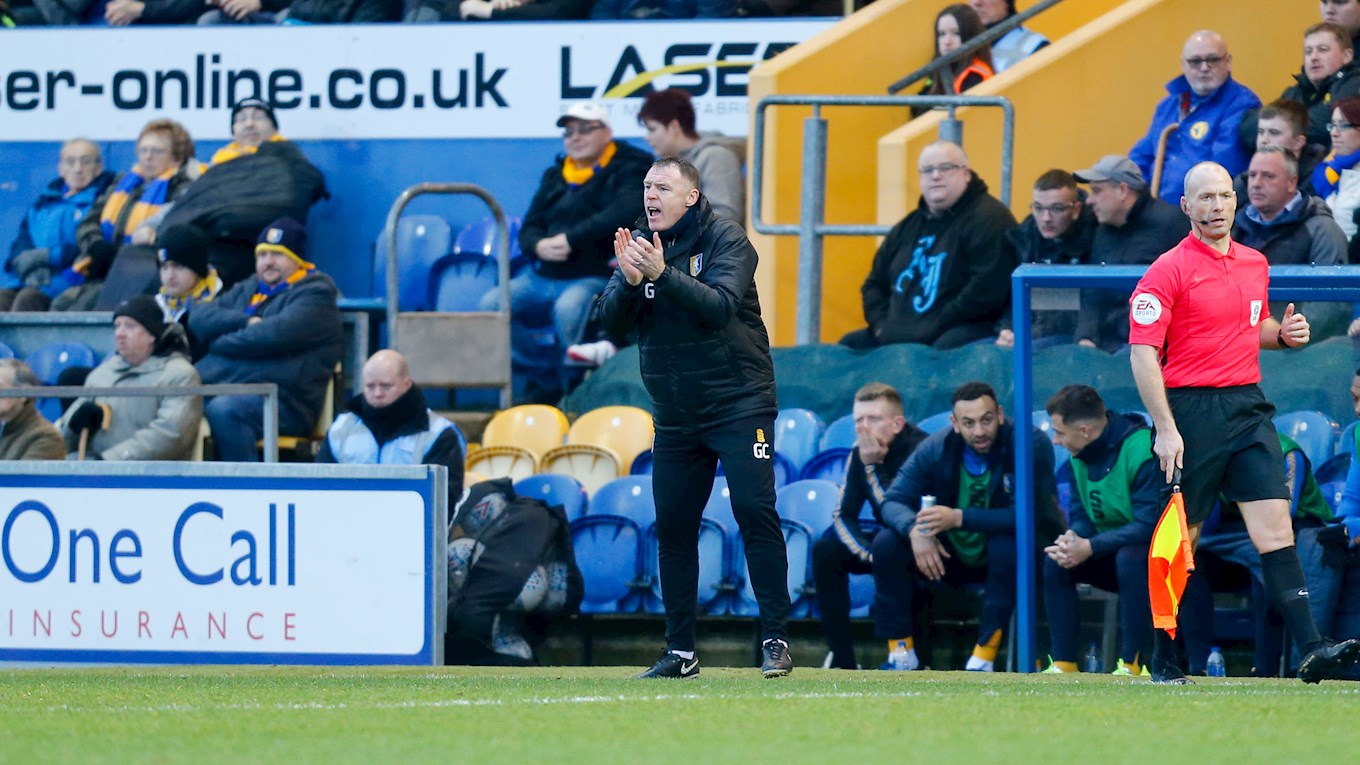 “They spend their money - which is hard to come by nowadays - they’re willing to come out the week before Christmas and support these lads. That’s immense.”

On how he decided on his first lineup as Mansfield boss, the former Bristol Rovers’ manager added: “I had to look at the date – who would run and who would chase for me. I had to get a little bit of pace.

“I thought Northampton were there to get at and I thought CJ Hamilton was excellent today. Macca [Alex MacDonald] were very good.

“To be honest I thought they were all excellent today and I feel bitterly disappointed that we didn’t win the game. But it’s something to build on.”

With the games coming thick and fast over the Christmas period, the Mansfield chief outlined the schedule for the festive programme. 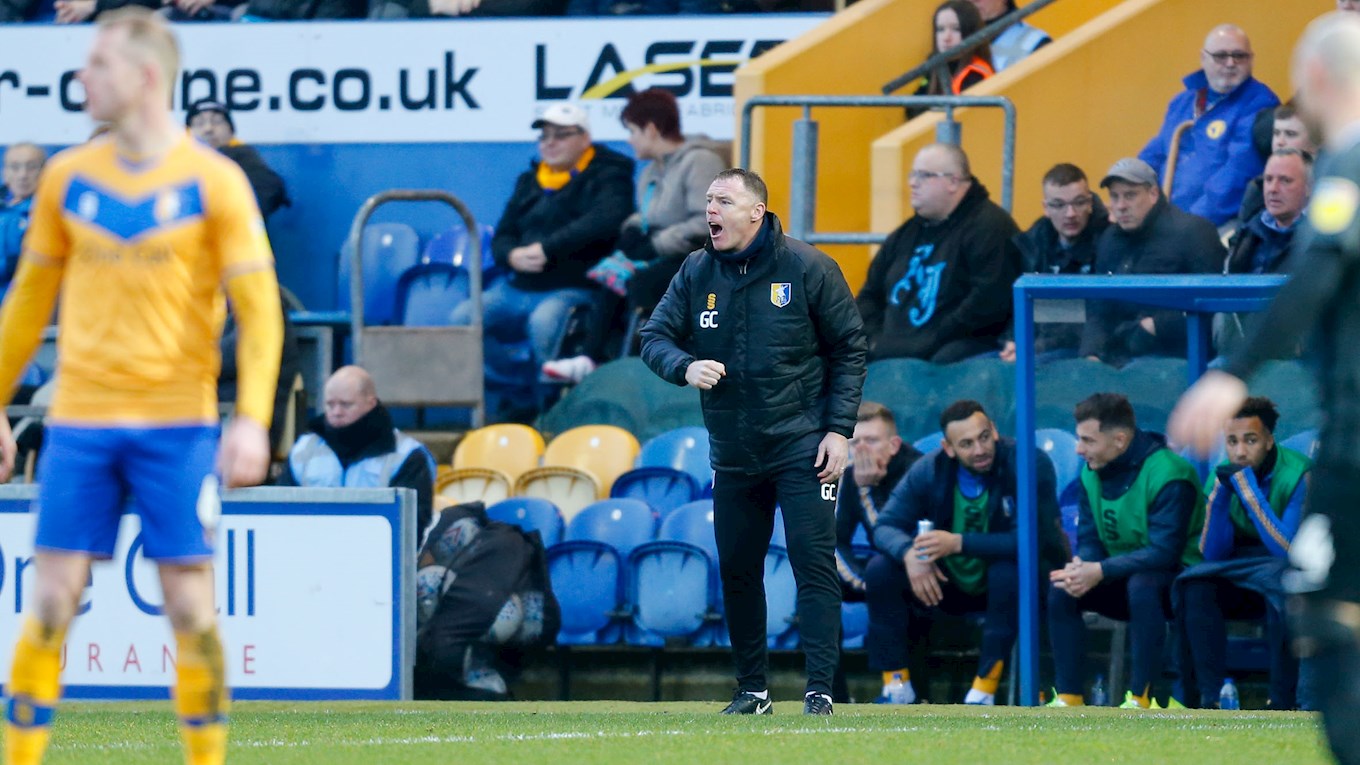 “I thought we had to lift them and give them a little bit of confidence. The body language wasn’t great, so we had to pick them up and instil that self-belief.

“We had to let them know that they are good players. They’re at this football club for a reason. We had to get a little bit of structure and organisation into them, and that’s shone through today.

“The priority now is to work on the fitness levels and the creativity. But it will come. We have another massive game on Boxing Day, so we’ll have to get away and get ourselves geared up for that.

“It will be busy [over the next few days]. It’s the time that footballers dread as there’s plenty of work to be done!

“The lads won’t get much time off, as harsh as that sounds, but that’s not just this football club – it’s up and down the country.

“We’ll assess the game on Monday morning and turn our attention quickly to Port Vale on Boxing Day.”