Manager John Dempster has delivered an open and honest assessment on this afternoon’s game against Cheltenham and the season so far.

The boss spoke to iFollow Stags after goals from Jonte Smith, Will Boyle and Alex Addai sentenced his side to a 3-0 defeat at One Call Stadium.

The manager, while speaking of the disappointing campaign so far, says that this afternoon’s result is ‘gut-wrenching.’

“There were a couple of times where we got into reasonable positions but in terms of shots on target, it didn’t happen enough,” he began.

“We’ve been very weak in our own box – the second goal just can’t happen. We tried to be positive with our substitutions but they didn’t come off either.

“It’s gut-wrenching. I think I have to take responsibility for the standards and spirit that needs to be drilled into the players.

“When they’re done properly, when you play badly you win, and when it’s close you’re on the right side of it. 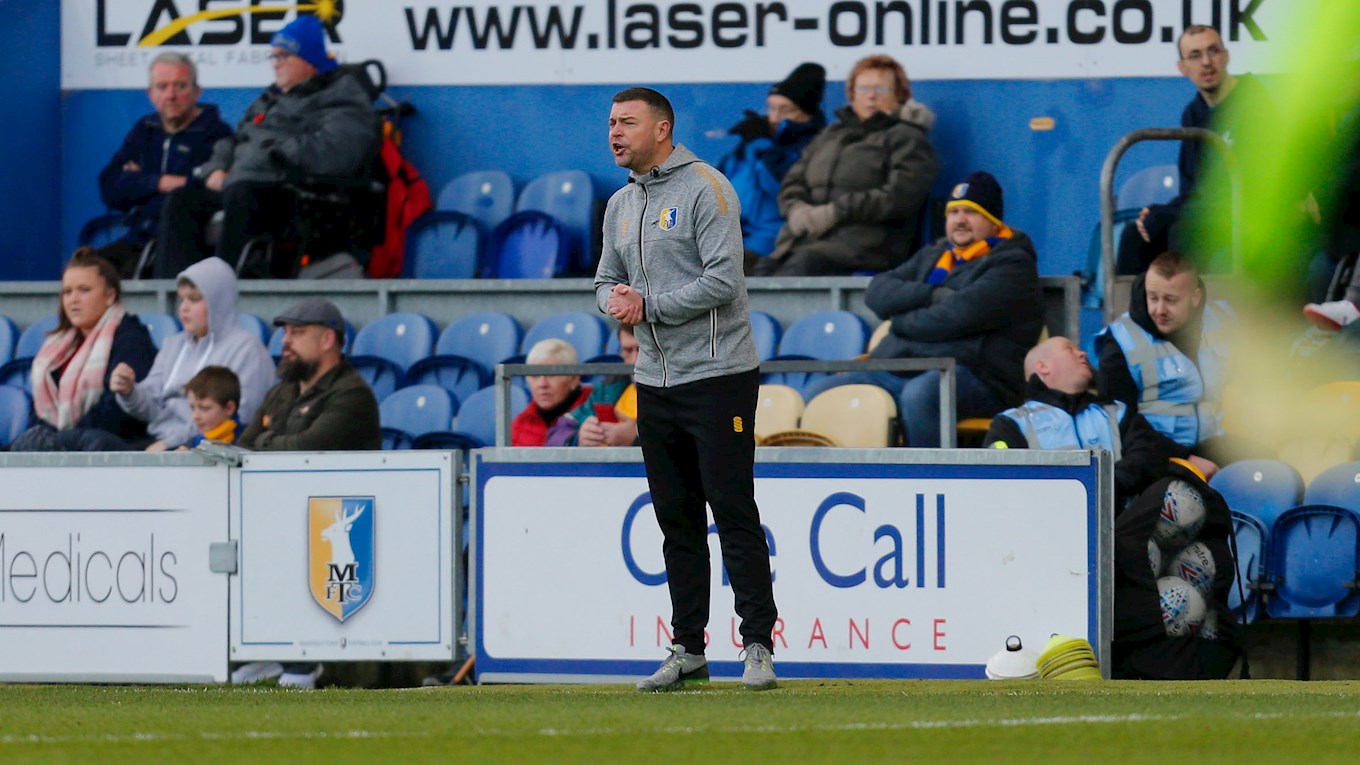 “There has been heavy investment and it’s up to me to get the best out of them, and that hasn’t happened.

“I’m here to win football matches for this club and thus far, this season, we haven’t won enough games.

“I believe that we have a mountain to climb now, but we’re not dead. We need 17 wins from the remaining games. That’s the mountain we have to climb now – that’s how tough the challenge ahead is.

“Stranger things have happened – people have achieved bigger things and had bigger mountains to climb. There will be a team that comes [into the play-offs] late. The way we’re playing at the minute, it won’t be us, but it always happens in every league.”

The boss highlighted ‘togetherness’ and ‘character’ as key aspects to improve on if the Stags are to make anything of this season.

“Togetherness is key, the boys pulling together,” added the manager. “It’s a difficult time, nobody can hide away from that – the whole football club is frustrated.

“It saddens me that I’m the man on the front line. Of course, I’ll never give up the fight, but that togetherness and fight is up to us to get through this.

“It hurts me as much as anyone. At times like these, straight after the whistle, it’s an emotional, difficult time to take, but of course, that’s when you need character.

“So far we haven’t seen it [character]. So far, there hasn’t been enough. Equally, it’s up to me to find it and get it out of the players.” 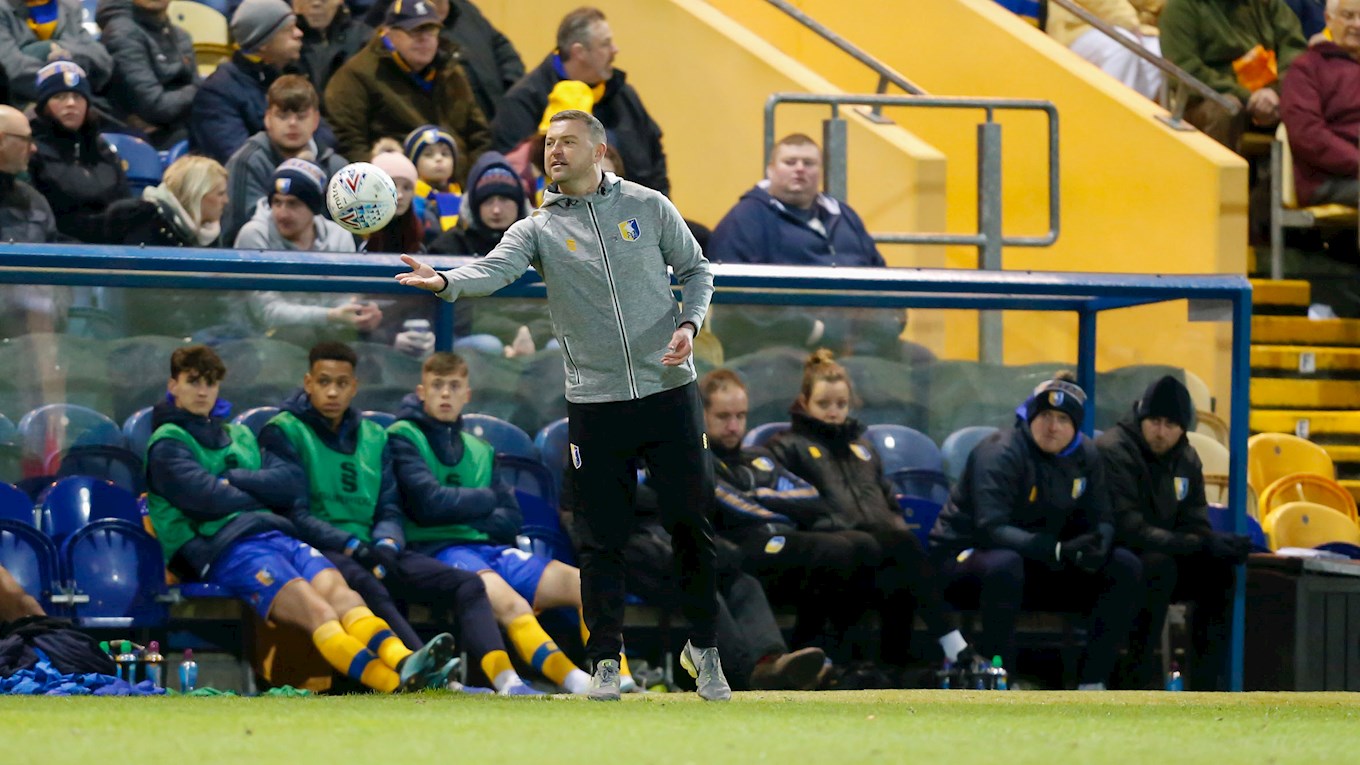 Reflecting on the loss to the Robins, the boss thanked the ‘excellent’ supporters for their backing during a frustrating afternoon.

“When you look back at the game, they’ve scored two very poor goals [to concede] and one on the break. But that’s the difference.

“I felt for the supporters today. I know I’ve been getting a lot of stick and I got some walking off today but I feel for them. They’re a passionate lot who want to come and watch their team get results, and this season we haven’t had enough.

“At time, the criticism has been over the top, but today I thought they [fans] were excellent. I think they deserve credit because this has happened too often.

“When you pay your hard-earned money to come and watch your team play, it’s your passion, and I understand their frustration.”

John Dempster also spoke of the performance of the officials this afternoon: “It was interesting because the officials before the game were very professional and spoke well with both teams, but they were emphasising to me what a massive game it was.

“So they’d obviously done their research in terms of our league position. Being honest, the occasion probably got the better of them today.

“It was a pressure cooker at times. He [referee] made some big mistakes and booked people that shouldn’t have been booked and failed to book players that deserved it.