Stags’ boss Graham Coughlan says that the Mansfield dressing room is one low on ‘confidence and belief,’ but that he has seen enough to suggest that there is ‘light at the end of the tunnel.’

The manager spoke after his side we defeated 2-0 by two James Vaughan penalties at Bradford’s Utilita Energy Stadium this afternoon.

Despite the defeat, Graham Coughlan says the Stags are not ‘a million miles away.’

“I’ve walked into a dressing room that is feeling sorry for itself and one that has had its confidence and belief shattered,” he told iFollow Stags.

“Naturally, when you perform like that, it’s going to be a dressing room low on confidence. It needs hard work, organisation and structure, and that’s what I’m here for. 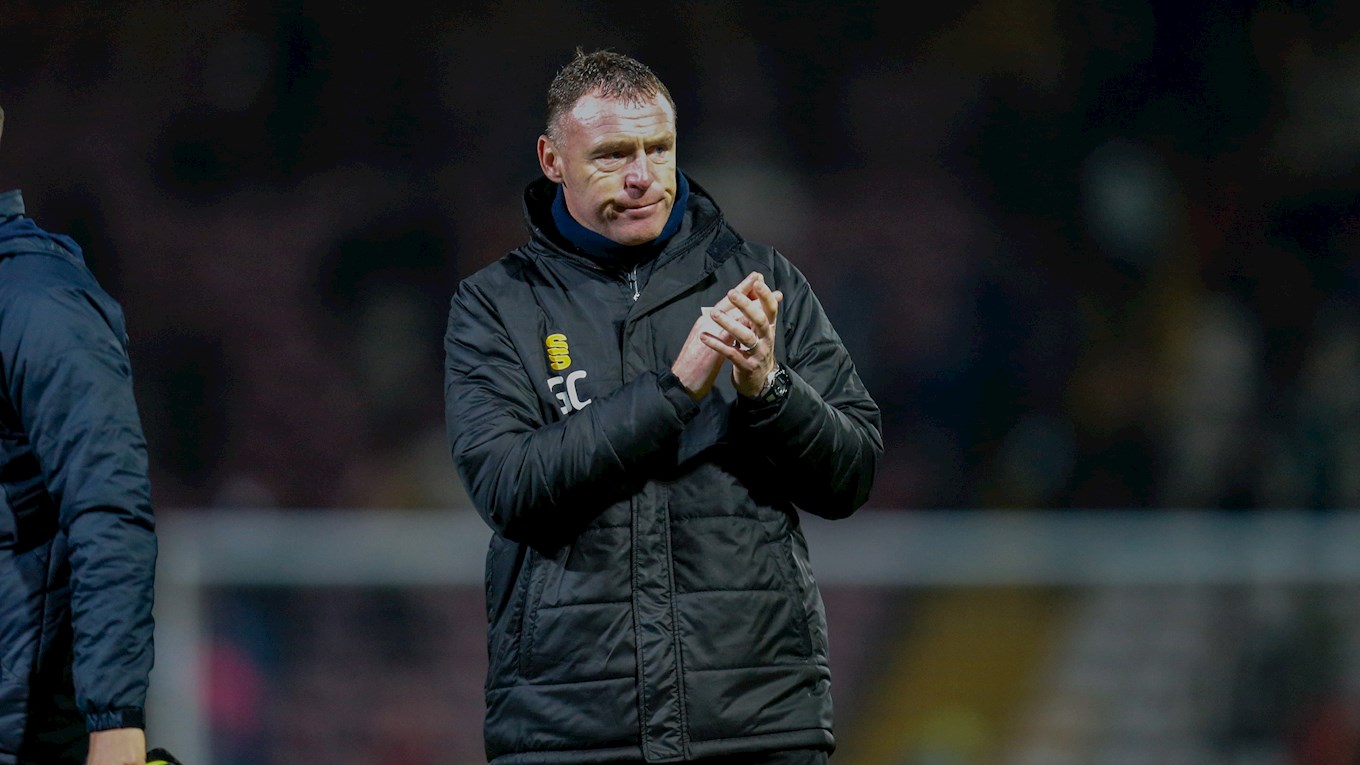 “I’m rolling my sleeves up, coming in tomorrow morning and going again. I want a winning team, and we haven’t won in three games, but I don’t believe we’re a million miles away.

“I will back this dressing room because they will get better over the weeks and months. There is plenty of hope and glimmers that I’ve seen to hang on to.

“There’s a bright light at the end of the tunnel but we need to work for the next couple of weeks and months.

“After a defeat I’m a bit annoyed that we let that tremendous support down again.”

The manager says that despite the disappointment after a defeat, he believes his side were ‘unlucky’ in West Yorkshire. 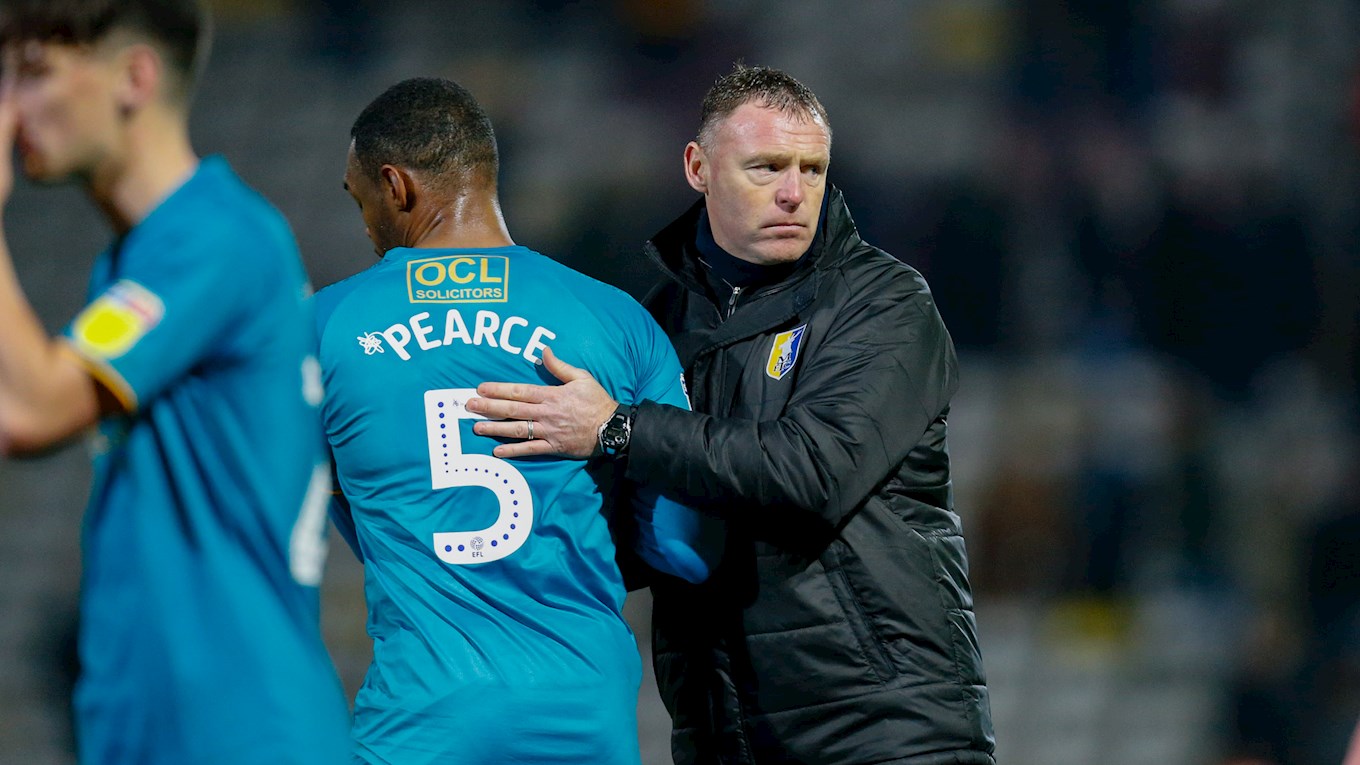 “We didn’t get anything out of the game, so naturally we’re going to be disappointed. I’m not comfortable tonight, with two draws and a defeat [from first three games],” he added.

“I’m very disappointed. Yet again, it’s a hard luck story, it’s unlucky. We’ve not won a game, so I’m not going down those lines.

“It’s unlucky, yes, but let’s not keep going on about that. I think they got in our half two or three times and got two penalties – I think they only had two shots at goal.

“That’s where we are at this moment in time, with decisions going against us, but it’s pointless going on about it.

“What we think about them [penalty decisions] after the game is irrelevant. That was the deciding factor in the game, but we haven’t scored.

“I wanted us to win – I felt like we could come here and do that. That’s three promotion-chasing sides we’ve played in three games, and we could have possibly won all three.” 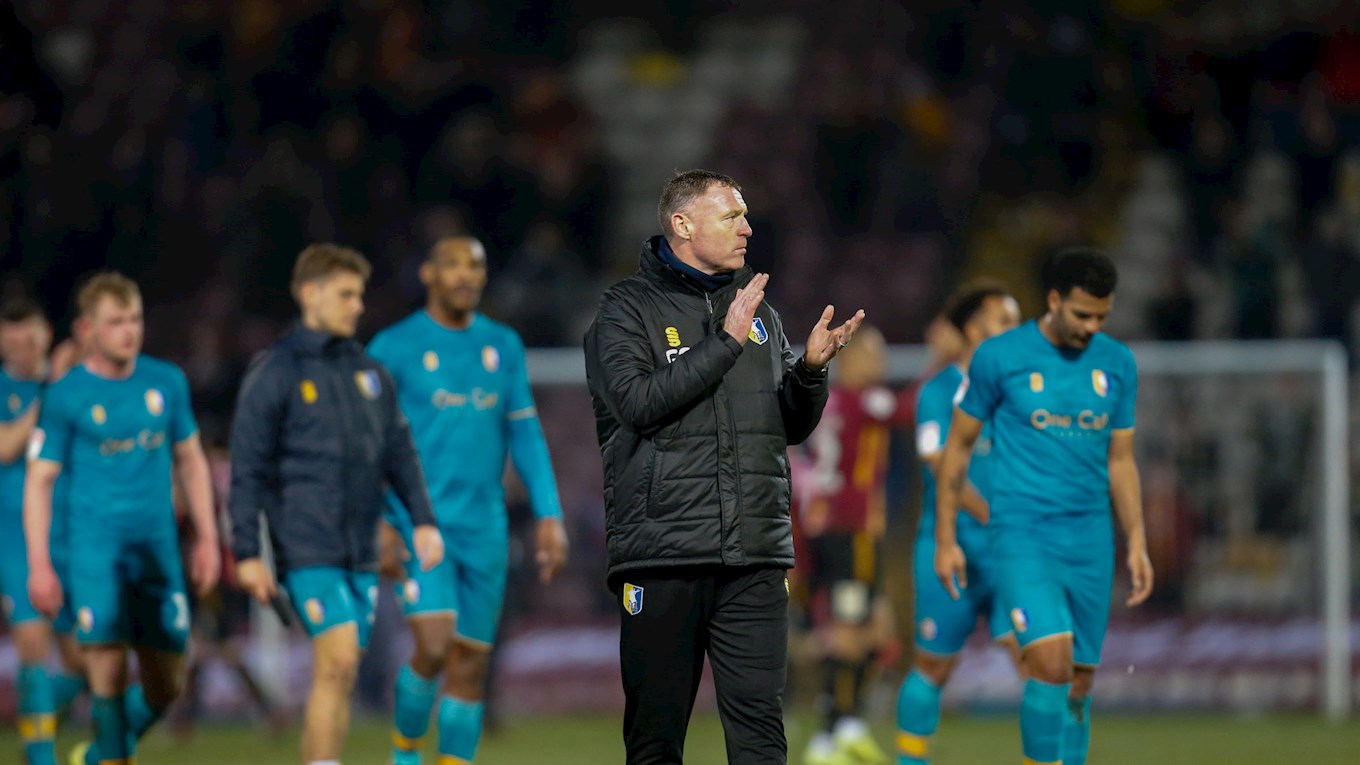 The boss also spoke about the upcoming January transfer window, as he expects personnel changes to be made next month.

“Naturally when a new manager comes in, everyone will expect a lot of changes. We do need a little injection, so possibly one or two players.

“One or two will have to go – my squad is far too big as it is. Their will be ins and will be outs, but those lads have shown me enough in that dressing room to work with.

“Yes we need improvements in both boxes and quality, and a little bit more pace in our team, but there’s enough hope in there to work with.”

There was also an update on Ryan Sweeney (below), who went off injured in the first-half after twisting his ankle. 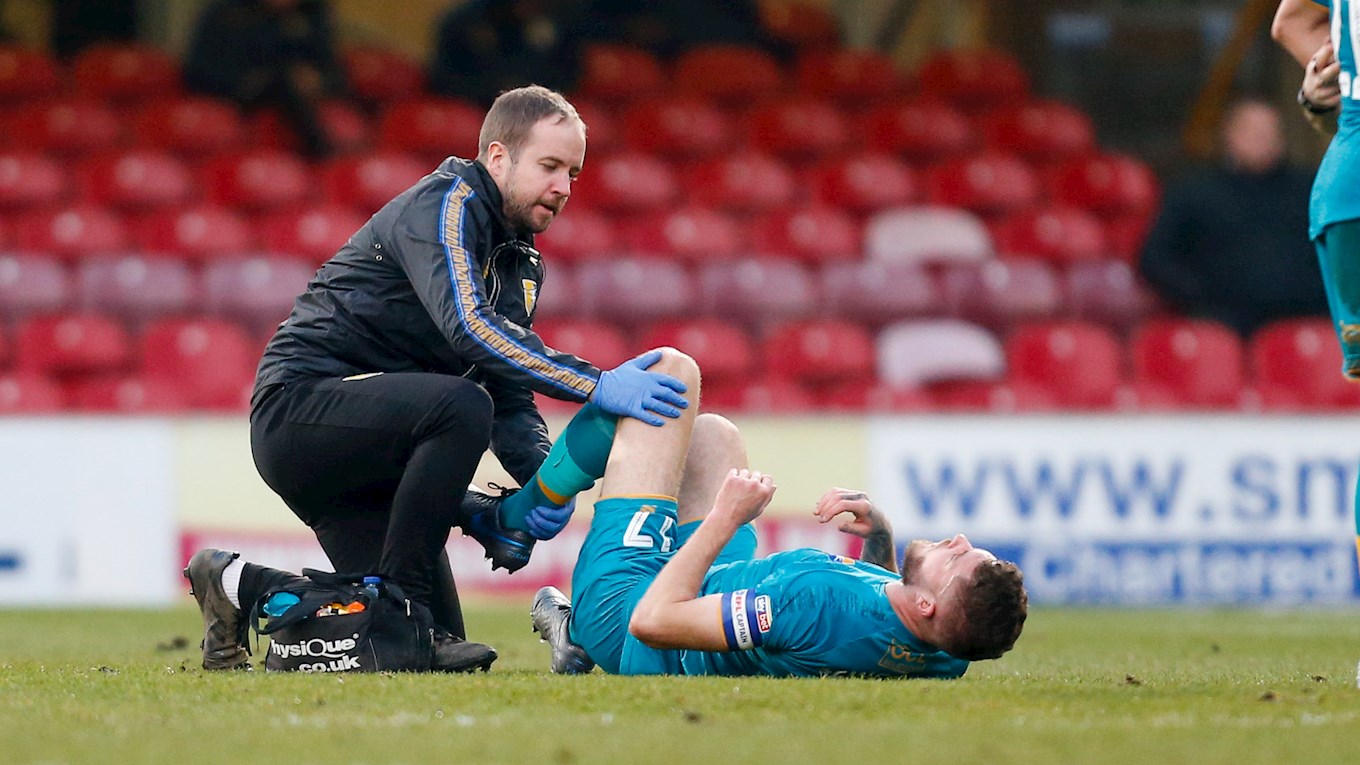 “We’ll let him [Sweeney] have the next 24 hours – we’ll have a look at him and assess him. The medical team will see him in the morning – to make a call on it now would be too early.

“Like all injuries, they need 24 hours to settle down. We’ll see where we are then and whether we can get him on the grass on Tuesday and in a jersey on Wednesday.”