The frontman notched his fourth goal of the season in style after catching the visitor’s ‘keeper unaware from distance, firing home with aplomb.

However, the former Bristol Rovers manager was denied a dream start at One Call Stadium as Harry Smith’s looping header restored parity six minutes from time.

Despite the equaliser, Cook detailed the Dubliner’s positive impact since his appointment on Tuesday afternoon. 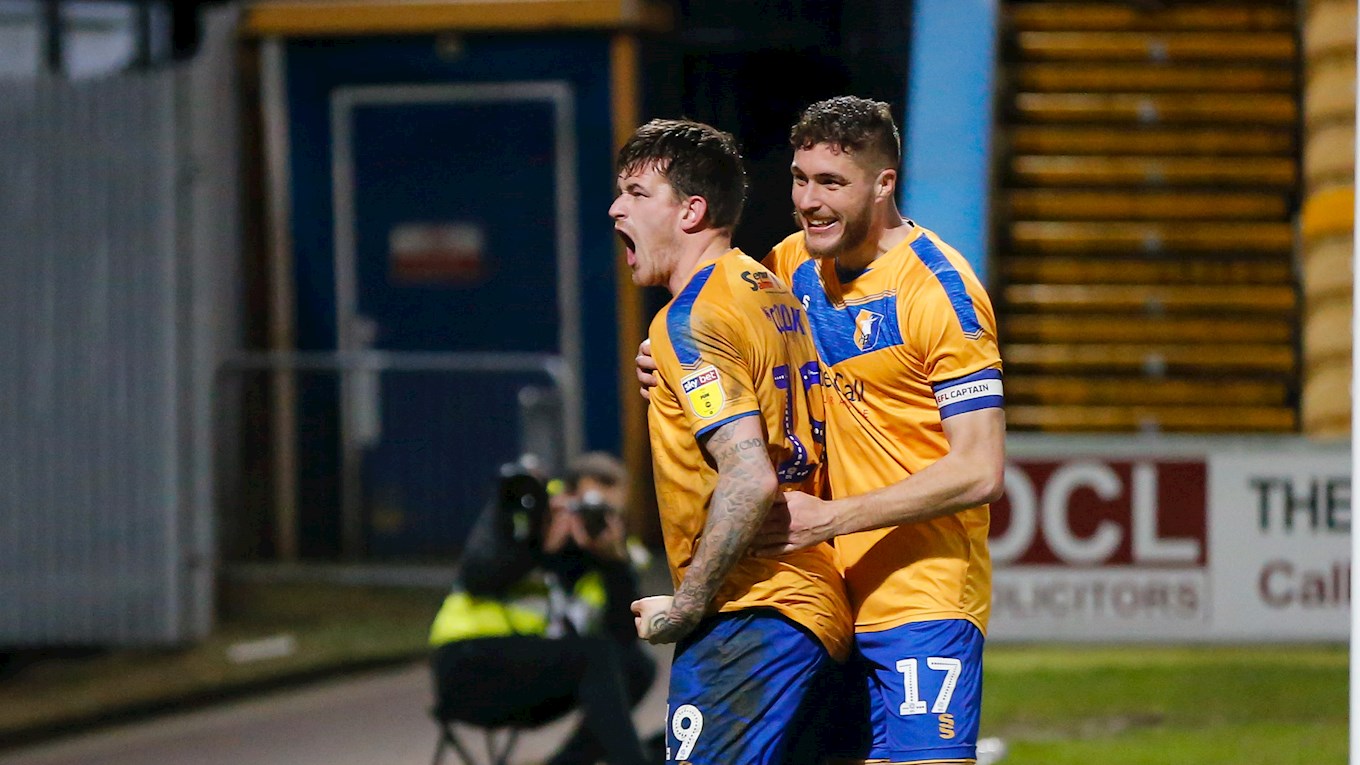 “He [Coughlan] wants us working hard in training and everyone to give 100 percent and it’s been the same out there [on the pitch],” he said to iFollow Stags.

“He wants us pressing from the front. He wants us to press and cause problems, and that’s what we’ve done.

“I’ve been impressed. He’s come in and been a good coach – he’s going to be good for us.

“If players aren’t going to be working hard, I don’t think they’ll play it’s as simple as that. It’ll keep people on their toes.” 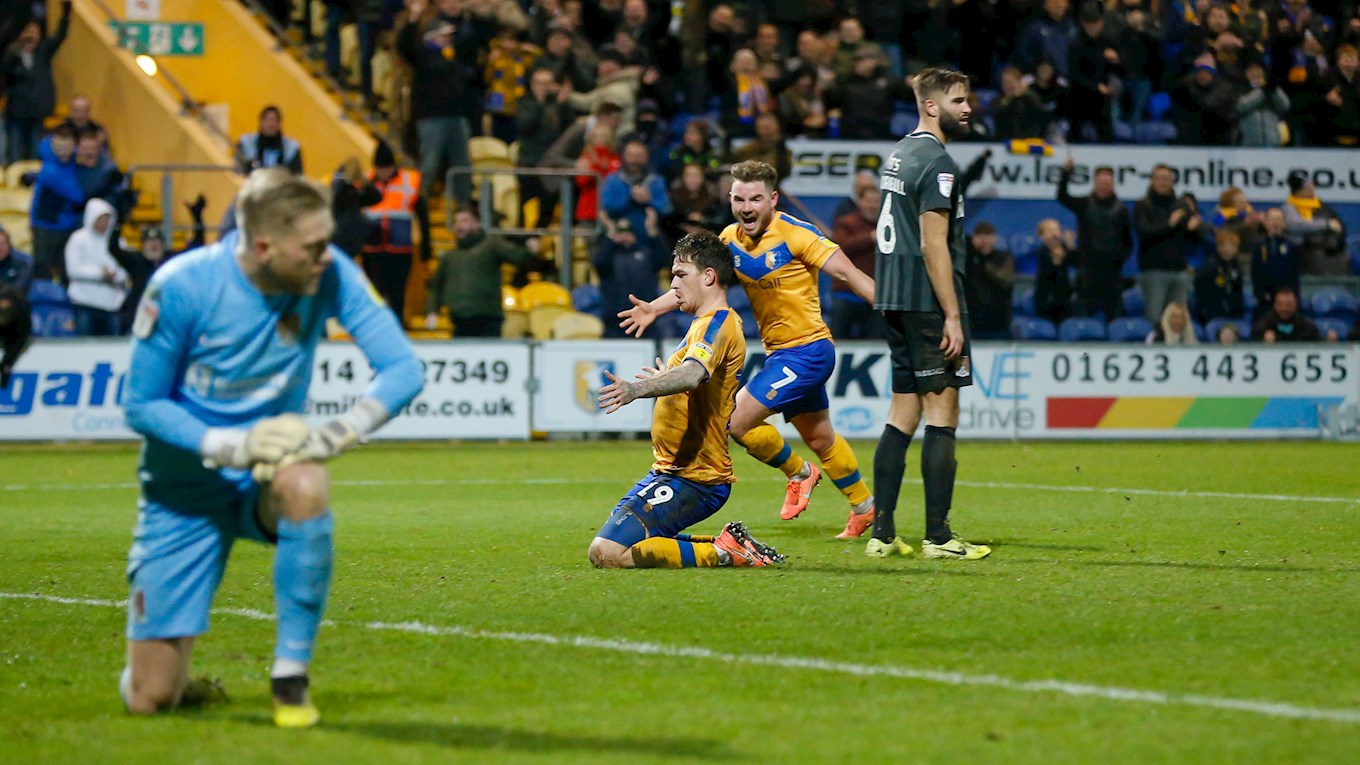 The 29-year-old – signed from Walsall in the summer – felt as though this afternoon’s contest was a battle Mansfield deserved three points from.

“It was a battle. I don’t mind that, though, and neither do the lads. We’ve all put a shift in and we were unlucky not to come away with the three points.

“We’ve had chances, missed chances but if we keep playing how did and work hard, those chances will go in.

“The gaffer just told us [at half-time] to keep doing what we were doing and we were unlucky not to come away with three points.”

In addition, the former Tranmere man believes he is now finding form after a ‘frustrating’ start to life in amber and blue. 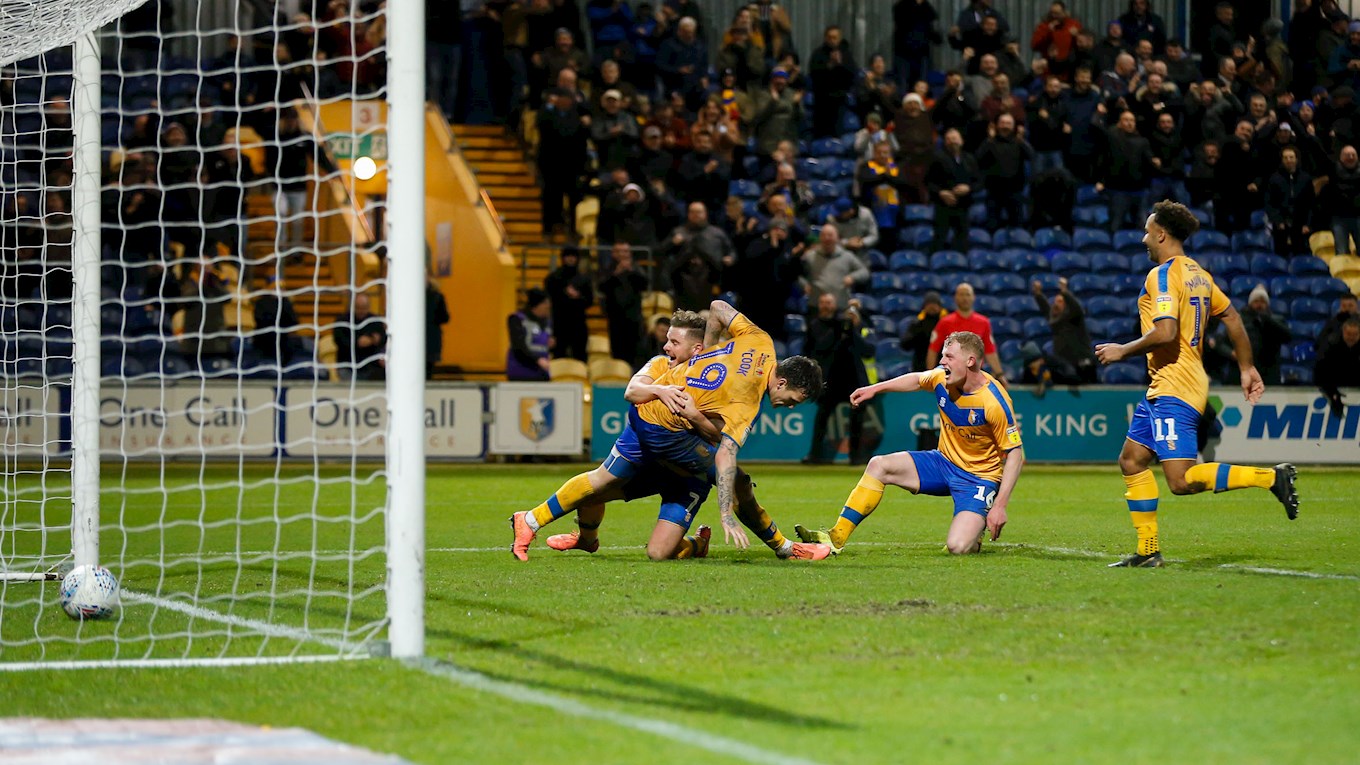 “For me it’s been frustrating,” Cook continued. “At the start I didn’t really get going but I’ve scored in the last couple games, so hopefully I’ll keep going now.

And on his fantastic strike, the No. 19 added: “Mal [Benning] has thrown it down the line and I was going to flick it, but the way it’s come in I thought I’ll turn.

“The space then opened up so I thought I’d take a shot and luckily it’s gone in.

“I saw the ‘keeper was a little to the side so I thought if I get it on target you never know where it’s going to go."