Goalkeeper Bobby Olejnik offered thoughts on his first Sky Bet League Two appearance in almost one year, despite defeat against Cheltenham Town at One Call Stadium.

The Austrian shot-stopper had racked up three appearances this season – all coming in the Leasing.com Trophy – but was yet to feature in the league until this afternoon.

His last outing came against rivals Notts County on 08 December 2018 before suffering a cruel ACL injury that prematurely ended his season.

Now back at full fitness though, he was able to share his thoughts on returning back to action in Sky Bet League Two.

“It was obviously nice to be back out there playing again,” he told iFollow Stags.

“You don’t realise how much you miss it, being out for a whole year, but all the credit has to go to the medical staff and manager for believing in me.

“As well as to Aidan [Stone] and Conrad [Logan] because that’s really how I got back to training the way I have been.

“The manager called me up on Friday and told me I was starting and I think I blurted out that I was buzzing. It was a nice feeling, and it was nice as I say that he believes in me, so hopefully I’m going to try and repay him.” 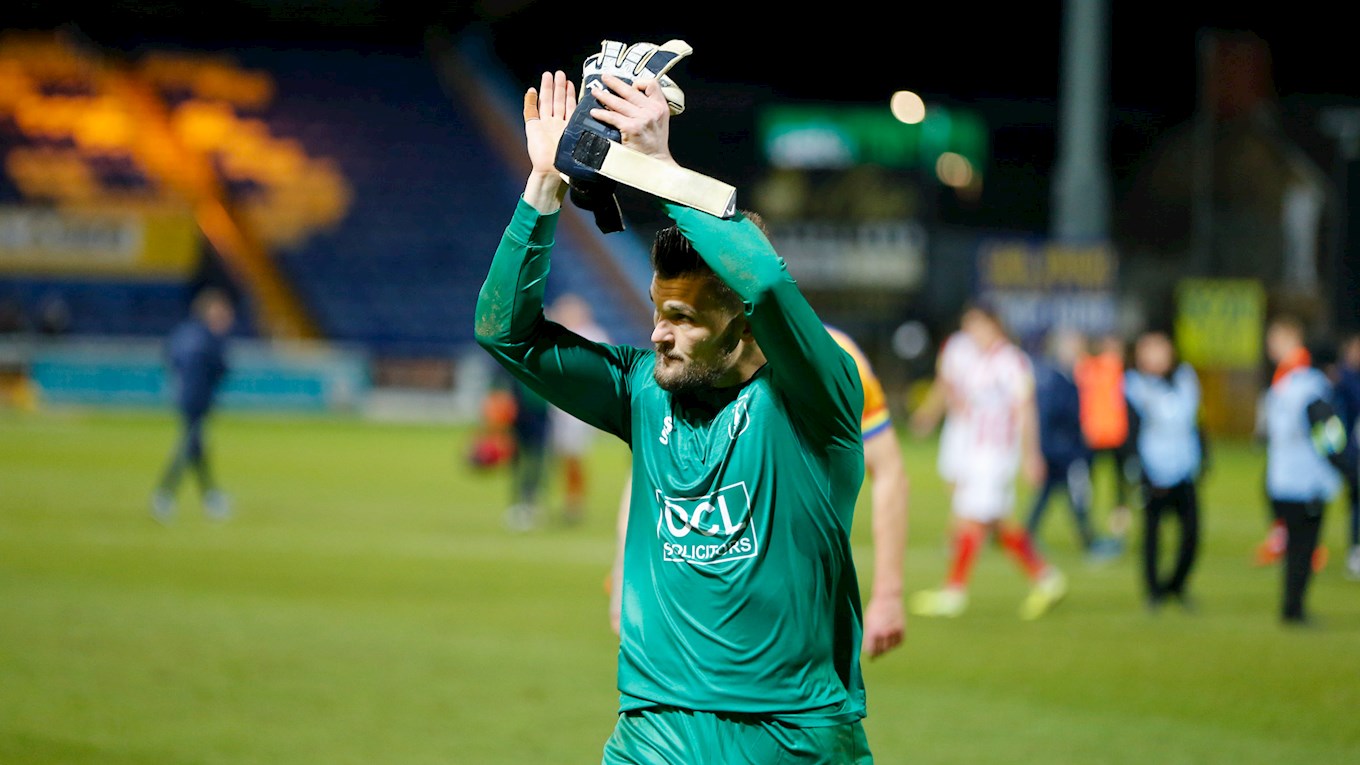 The Stags were condemned to a 3-0 defeat on Saturday afternoon, and the 33-year-old marked the contest as one to be left frustrated with.

“It was a frustrating one, especially for the supporters to watch. If you take away the goals it was actually a good performance – in the second half there weren’t many shots on target and I didn’t have too much to do throughout the whole game.

“We’re working on it at the minute, we’re trying to figure out what’s gone wrong and it’s really, really frustrating but I think we just need to stick together.

“The first one [goal] was a great ball by them, I was trying to make sure I caught it but the guy came in to head it. The second was probably a mishit because everyone’s at the back stick and the guy at the front read it.

“And then the third one, you’re chasing the game and it’s a typical counter goal they’ve scored.” 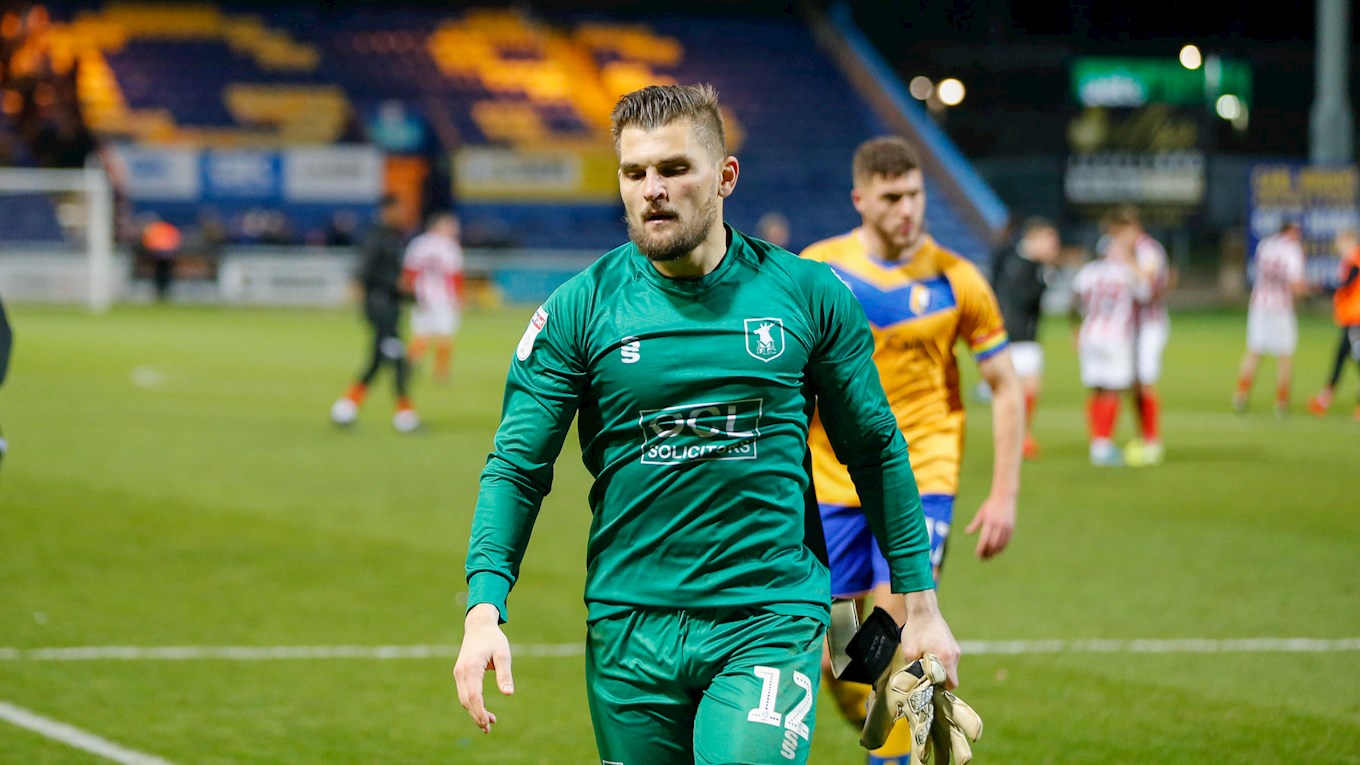 The former Exeter man also believes confidence will play a key part in the remainder of campaign as his side look to ascend the league standings.

“I think confidence definitely plays a part,” he added. “You look at the top [of the table] and sometimes teams are there not because they have the best players but because confidence makes a big difference.

“The fans have got big expectations of us and so have we. We’re just disappointed.

“If we were to give up now, what’s the point in carrying on, I might as well go on holiday now. We have to believe. Nobody’s really pulling away, it’s still a tight group so we need keep picking up results to stay in there.

“Looking back at other games we’ve played well, we’ve got a game plan, we’ve excellent players but sometimes things don’t go for you. Every player goes home before talking about the game on a Monday.

“Every player’s looked at their performance so all we can do is go back and do our best again.”