Mansfield Town must begin to pick up wins heading into the festive period, left-back Mal Benning stated after a deserved point at Crewe Alexandra this afternoon.

Forward Chuma Anene had thrusted the hosts in the driving seat, flicking home in the eighth minute, before striker Andy Cook levelled proceedings just shy of the half-hour mark.

A clever lob beat opposing goalkeeper Will Jaaskelainen but the Stags were unable to find a winner following several gilt-edged chances in Cheshire.

And Benning, who made his 200th appearance for the amber and blue at Gresty Road, subsequently felt the draw could act as a platform for wins in the coming weeks.

“Draws give us a foundation to build off but other than that we need wins – especially if we want to compete,” the defender told iFollow Stags.

“You never know what could happen in this league, a couple wins on the bounce and we might not be far off.

“[We’re] still disappointed. It’s not good enough picking up draws because we want to be at the right end of the table, so we need wins. 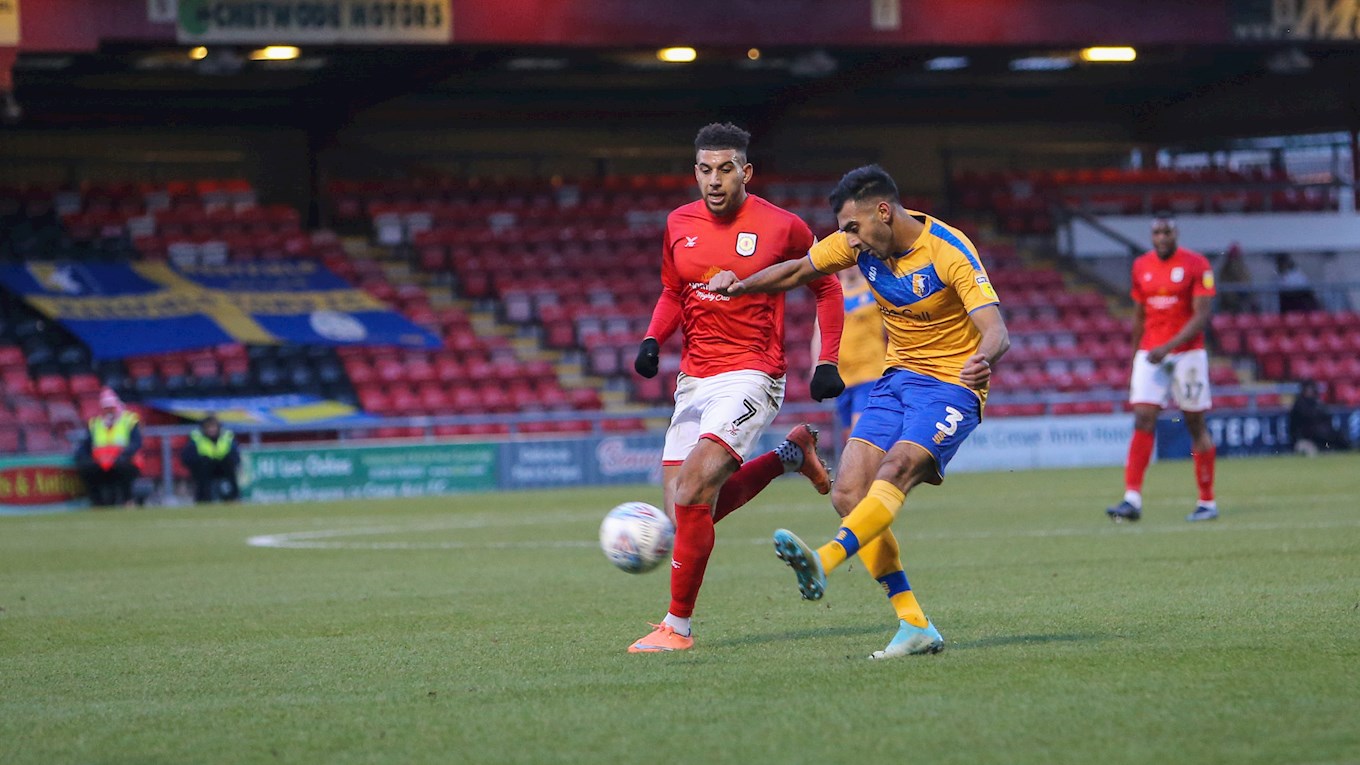 “As long as we carry on from this we should get a couple more wins, and hopefully climb up the table.”

The 26-year-old then praised the defensive showing of his side, which included another start for youngster James Clarke in the absence of fellow full-back Kellan Gordon.

“I think it was very good [the defensive performance]. Crewe are not a bad side and they’re up there for a reason, but we didn’t have too much to do.

“I thought the two centre-halves and young Clarkey were excellent.

“I think first half we weren’t quite at it, obviously we scored and woke up a bit, but in the first 25 minutes we were getting ourselves into the game. 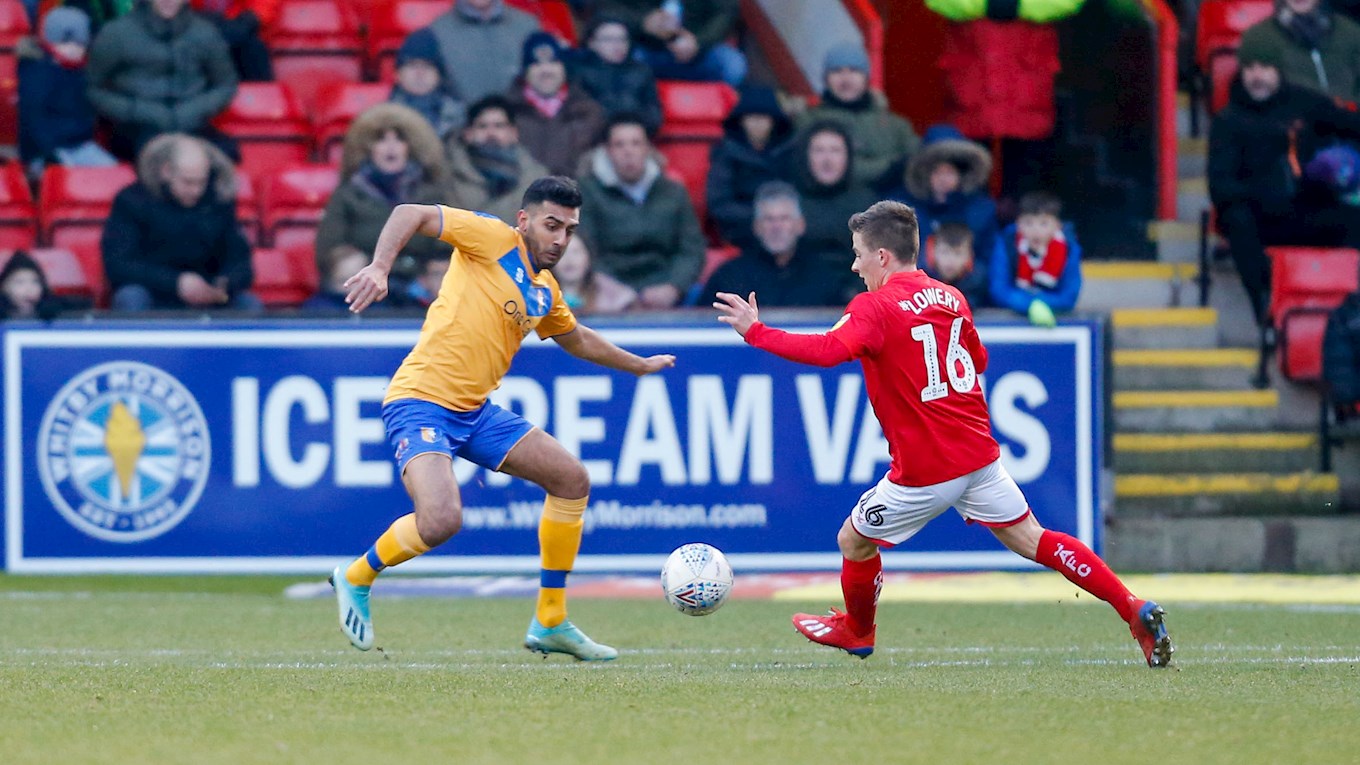 “The second half we dominated, I thought. They had a couple where I cleared one off the line, then they hit the post, but other than that I thought we were the ones causing problems. Out wide, in the middle and linking up, it’s what we need to do.”

Mansfield were only able to convert a single chance against the Alex but the former Walsall man believes it must not affect them heading forward.

“As everyone saw, we created some clear-cut chances,” Benning reflected. “It was better than previous weeks where we’ve struggled to create chances but, to be fair, we created some very good ones and we didn’t put them away.

“It’s not as easy as it sounds to put the ball in the back of the net, so long as we’re creating them and the performance was better, as everyone saw, we can kick on from this.

“I know it’s been used before but we can’t take steps backwards after this. We have to push on, put those chances away and win games.”