Manager John Dempster has praised the ‘character’ shown by his charges to stage a second successive two-goal fightback, yet conceded that Stags’ start to today’s 2-2 draw with Morecambe was ‘unacceptable.’

Mansfield found themselves two goals behind for the second game running in Sky Bet League Two, but strikes in either half from Nicky Maynard and Danny Rose rescued a point.

The boss says that he believes the players have the ability to achieve the team’s goals this season, but added that Mansfield must have better starts to future matches.

“We had a very disappointing start to say the least,” he began. “You can’t start football matches like that.

“I gave the players a pat on the back last week for their reaction after being two goals down. It [start] wasn’t good enough. 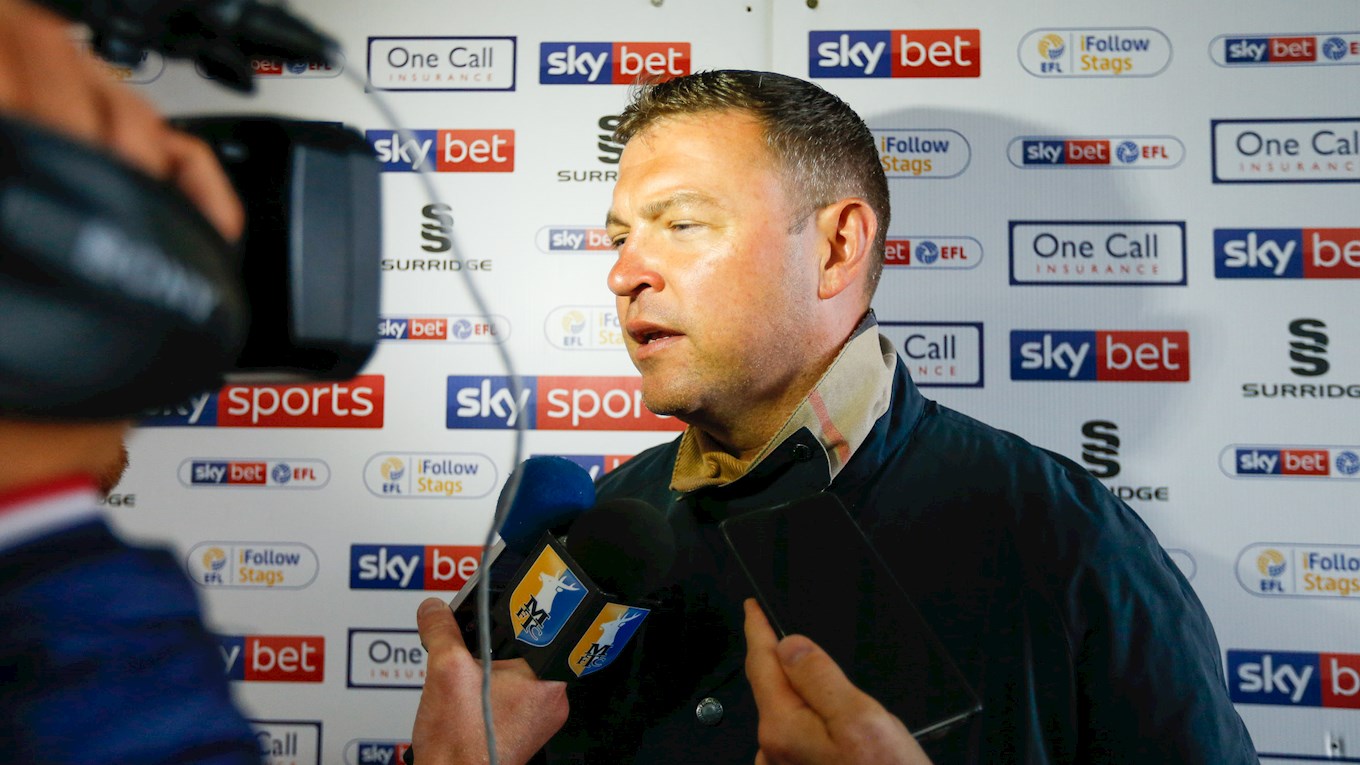 “They were questioned at half-time whether they had the character to come back into the game again and they answered that question with a ‘yes.’

“I expect that fight and determination from minute one. You know what you’re going to get from Morecambe – they’ll be in your face from the start of the game.

“If you don’t match them, you come up short. And that’s certainly what we did in the first half-an-hour of the game.

“We’ll be really focusing on how we start football matches from this point onwards because that [start] was unacceptable.

“I’ll speak to the players on Monday. We had a brief chat after the game, but there’s a lot of emotion running around. We’ll review the video footage and have a look at a number of things.

“[I’m calling for] characters, leaders, people that aren’t scared when the crowd get on their backs, people that react well to adversity, that type of player. We’ve got to start better though, it’s as simple as that. 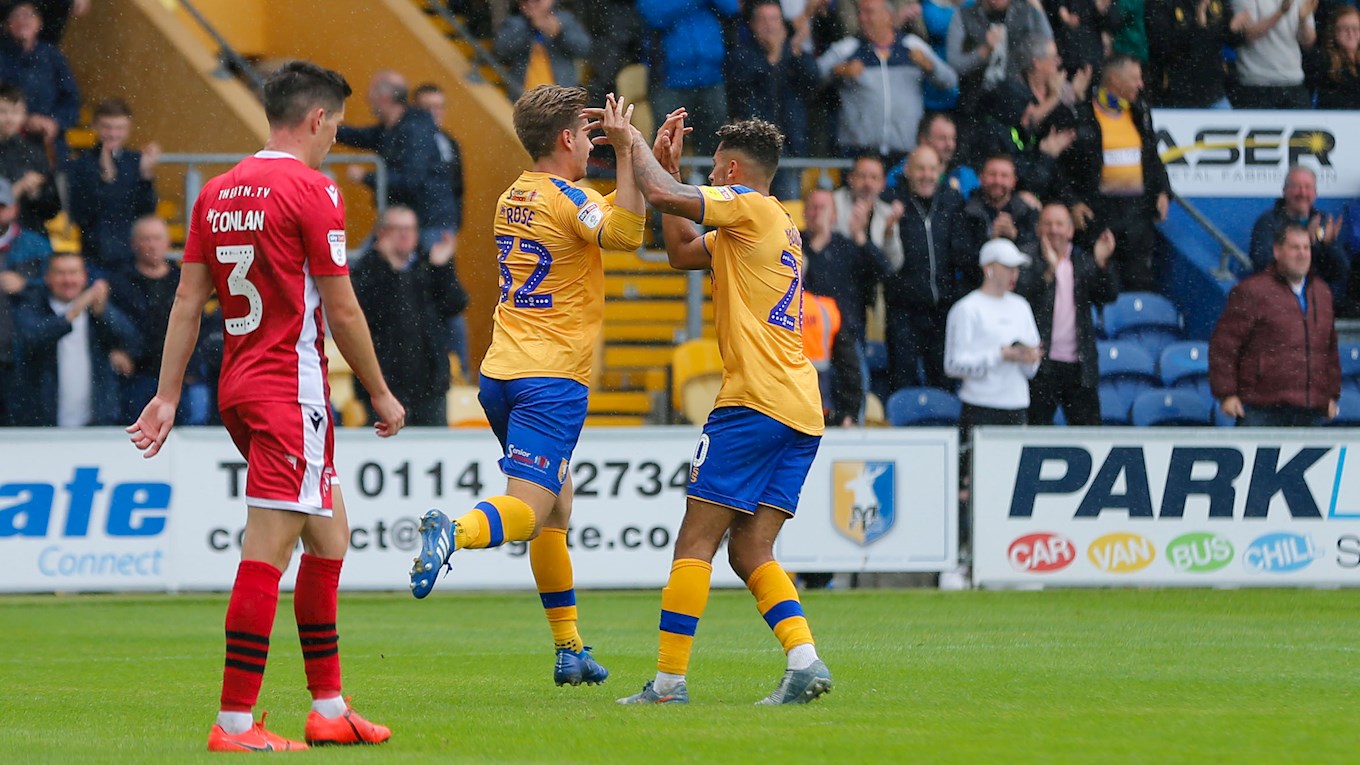 “I believe in the players and I believe that this squad of players is good enough to achieve our goal. But we need to see that from start to finish.”

The manager says that today’s result was a fair one, considering both sides had chances to win the game.

He also discussed the straight red card given to defender Matt Preston after his sliding challenge on Lewis Alessandra.

“Obviously again the sending off is disappointing. There was no need for Matty Preston to make that challenge and he’s been very apologetic.

“It takes a man to hold his hands up and say he’s in the wrong and Matty has done that.

“Once you go down to ten [men] you would probably say that a point is a reasonable one, but again we can do better. 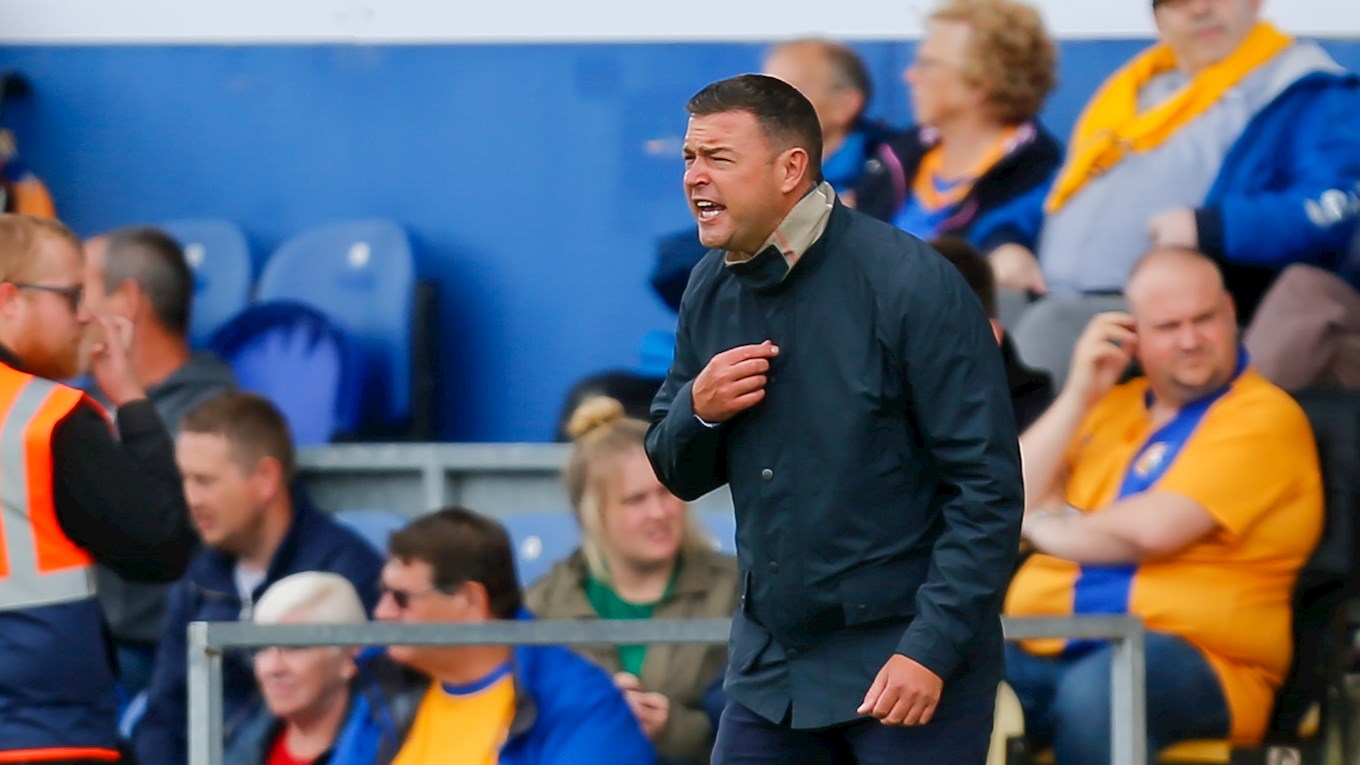 “Discipline will be key throughout this campaign, and if we’re not disciplined we won’t win football matches.

“We just had to get the players organised initially [after the red card] to make sure there weren’t too many gaps appearing.

“With the players that remained on the pitch, I felt as though we still had a chance of hitting Morecambe on the counter.

“I think on reflection of the whole game, I can’t be too disappointed with the point that we’ve gained because both teams had some good chances.”

John Dempster also revealed that there will ‘definitely’ be personnel changes for Tuesday night’s Carabao Cup first round encounter against this afternoon’s opponents.

“We’ll re-evaluate [the squad] today and see what bumps and bruises have come from today.

“There will definitely be some changes [for Tuesday night’s game] but we’ll look at that over the next 48 hours.”