Loan signing Dapo Afolayan was left impressed by the ‘high quality’ on show from his new teammates in his first Mansfield training session on Thursday morning.

The forward signed from Premier League side West Ham on a half-season loan on Thursday afternoon and trained with the Stags for the first time that morning at The RH Academy.

As well as being impressed by the ‘intensity’ of the training session, he was also full of praise for Mansfield’s training ground setup.

“It [first training session] was brilliant,” he began. “There was a lot of high quality on show and all of the boys were working really hard.

“It [The RH Academy] is lovely. It’s a very good setup and I was very impressed when I drove in. 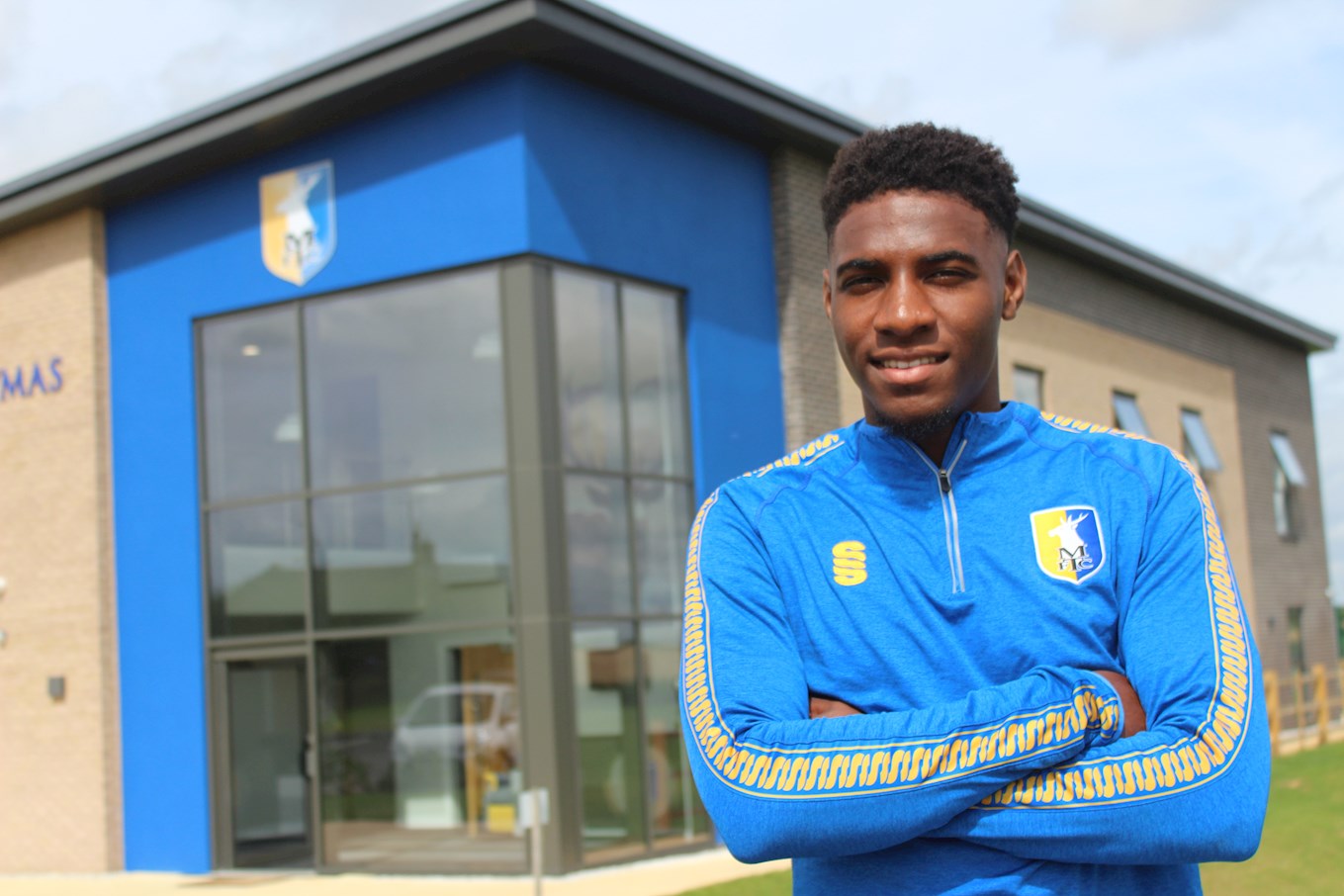 “They [squad] are all good boys and they’ve got to know me quite well already. I’m really happy to be here.

“There was an intensity [in training] and we worked hard as a team. Even in the first possession drill we did, the intensity was high and the quality was good. It’s just about driving that quality every day.

The 21-year-old described himself as a ‘quick and direct’ striker, adding that he wants to help Mansfield Town ‘push on’ and achieve its ‘aspirations.’

“I’m a player who is quick and direct. I like to work hard for the team and I press everything. 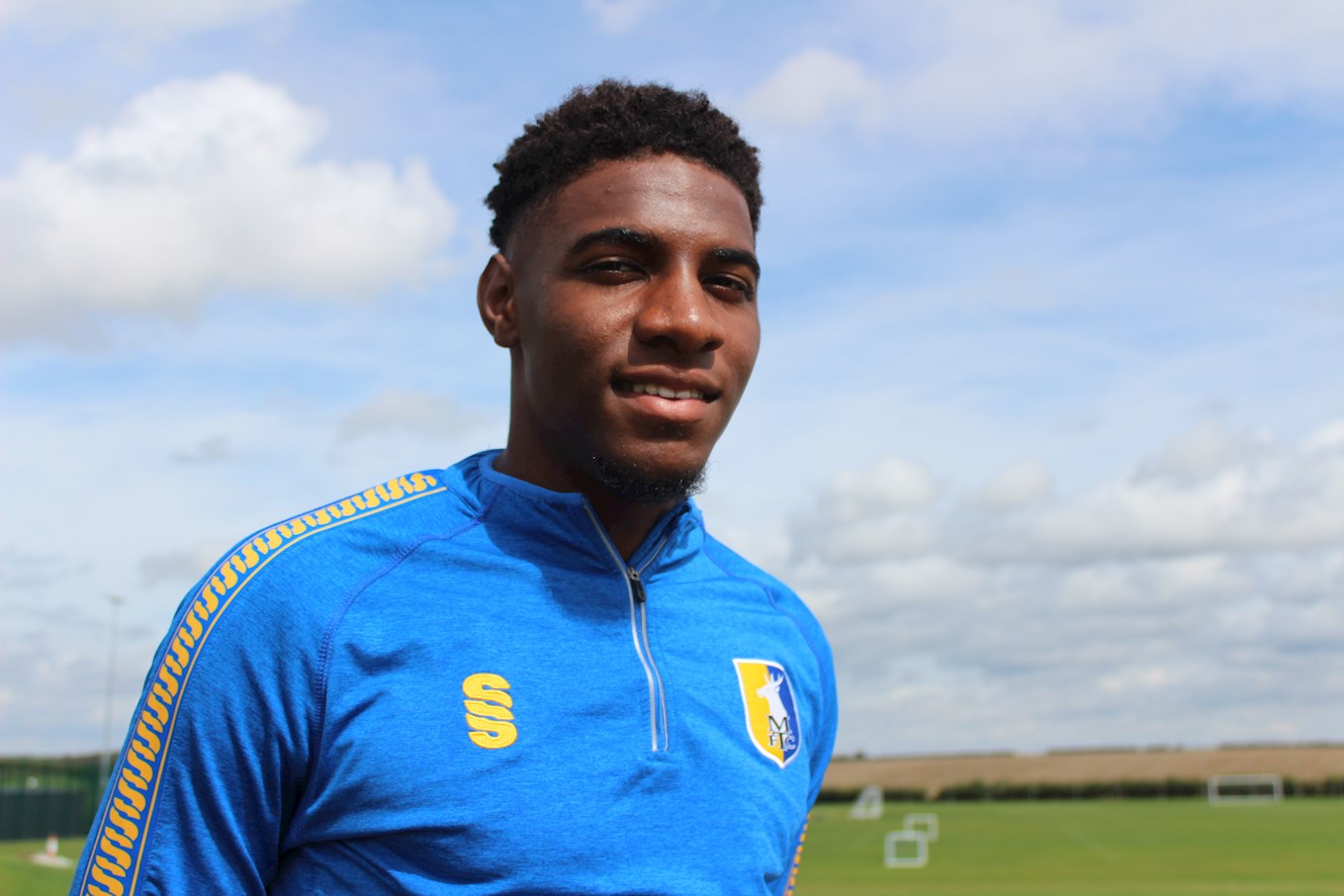 “I run into channels and when I get the ball at my feet I can express myself and hopefully provide goals and assists for the team.

“I normally play better with a strike partner as I like someone to work off. But I’m happy to play up top by myself as well.

“I want to hit the ground running and try to get as many goals as I can. I want to help the club push on because I know it’s a massive club that has aspirations of being higher.

“It [loan move] is an opportunity to get my name out there again. I want to fulfil my potential and show everyone, especially the Mansfield Town supporters, what I’m all about.”

One player that Afolayan knows well within the Mansfield camp is attacking midfielder Omari Sterling-James, who he played with at National League side Solihull Moors in 2017. 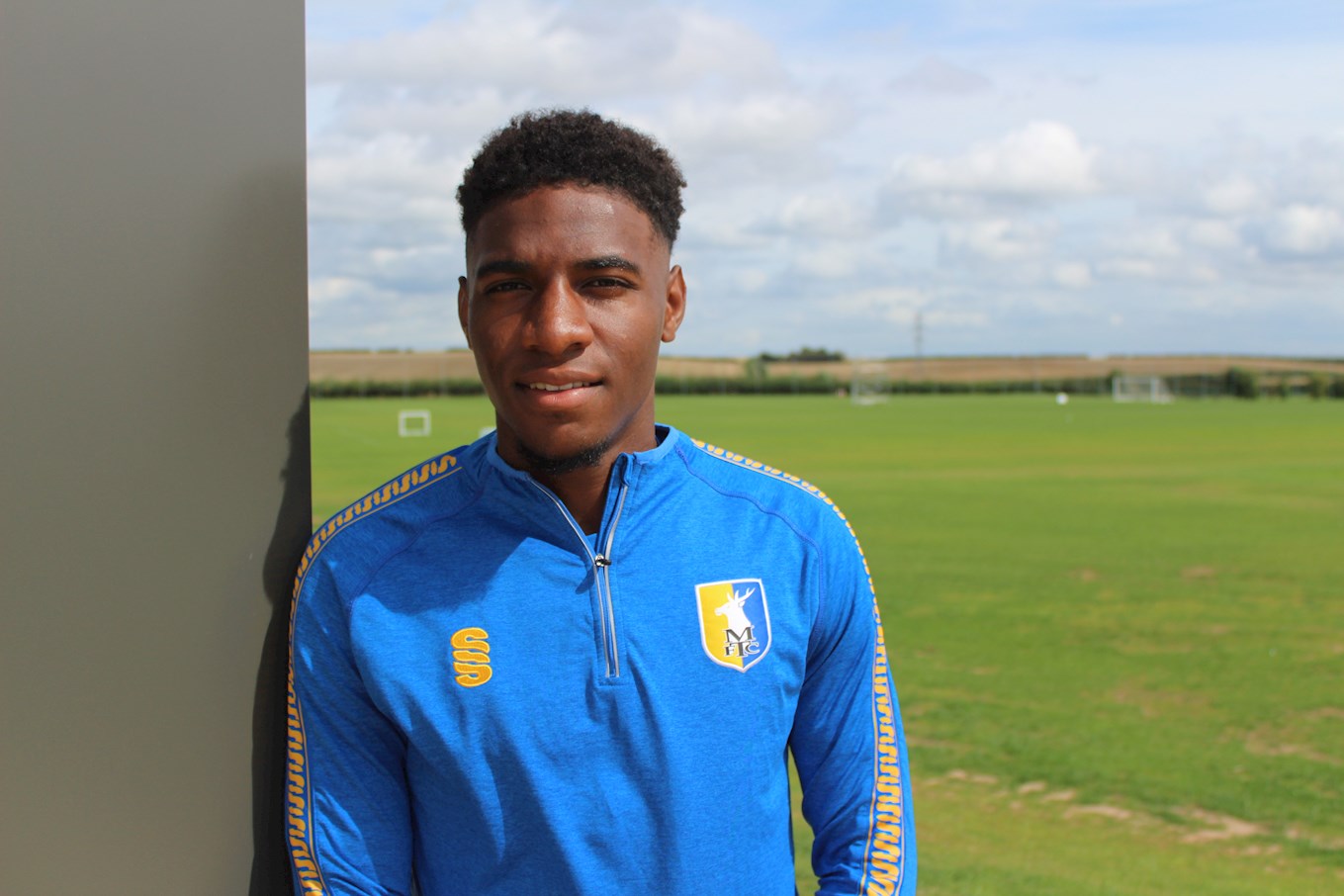 “I’ve known Omari [Sterling-James] for a few years as we played together at my previous club [Solihull Moors].

“Knowing he was here, I knew it would be okay for me to come and I’d settle in quite well.

“I feel like it [Solihull Moors] was the best part of my career so far. To hit that form again I feel that I need to be an environment like this to reach my potential.

“Coming into men’s football and being a bit of an unknown identity helped me out. I feel that I’m a much better player now and it’s prepared me for the future.

“Being at West Ham we work hard on our technique and in every training session we drive ourselves to the highest standards. 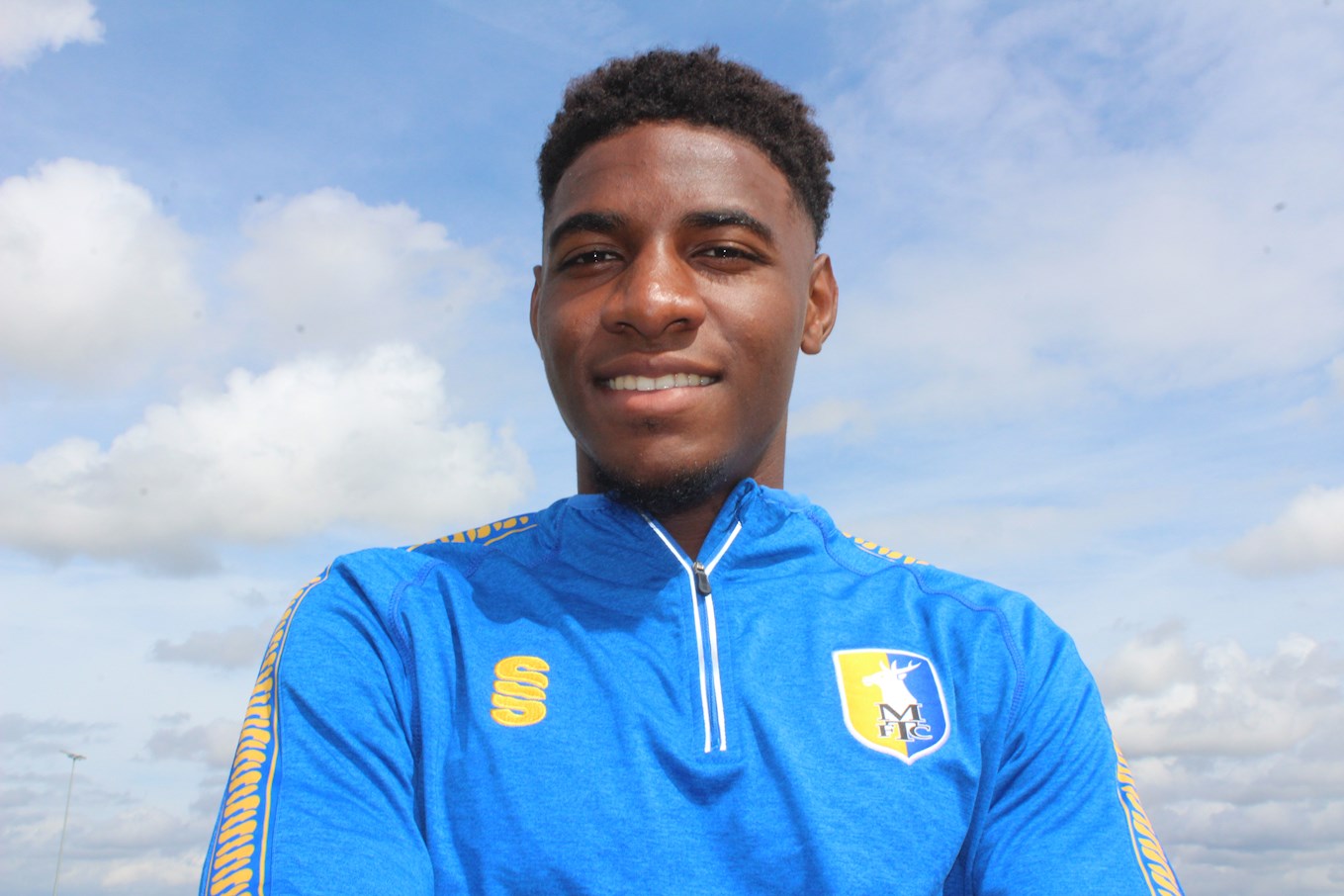 “Tactically I’ve become a lot more aware as well, so anything that’s thrown at me I’ll be able to handle.

“West Ham is a great club and I’ve worked well in the academy over the last few months. I feel like I’m in a great position now to push on.”

The forward also reflected on a recent loan spell at League Two Oldham Athletic, something he gathered ‘good experience’ from.

“Last year at Oldham was a bit of a strange one because of the way it was at the club at the time.

“The experience I gathered playing in the games was good and it was good to be in and around League Two.

“It’s a tough league to play in, but I felt that I did quite well, aside from missing out on a few opportunities.”