Assistant manager Lee Glover says he was ‘encouraged’ by the performances of Mansfield’s younger players in this evening’s Leasing.com Trophy encounter with Everton under-21s, but was ultimately left feeling ‘disappointed’ with Stags’ penalty shootout defeat.

Lee Glover says that Mansfield did enough to secure victory from the match despite the youthfulness of Stags’ squad, while conceding that improved finishing could have earned a win for the amber and blue. 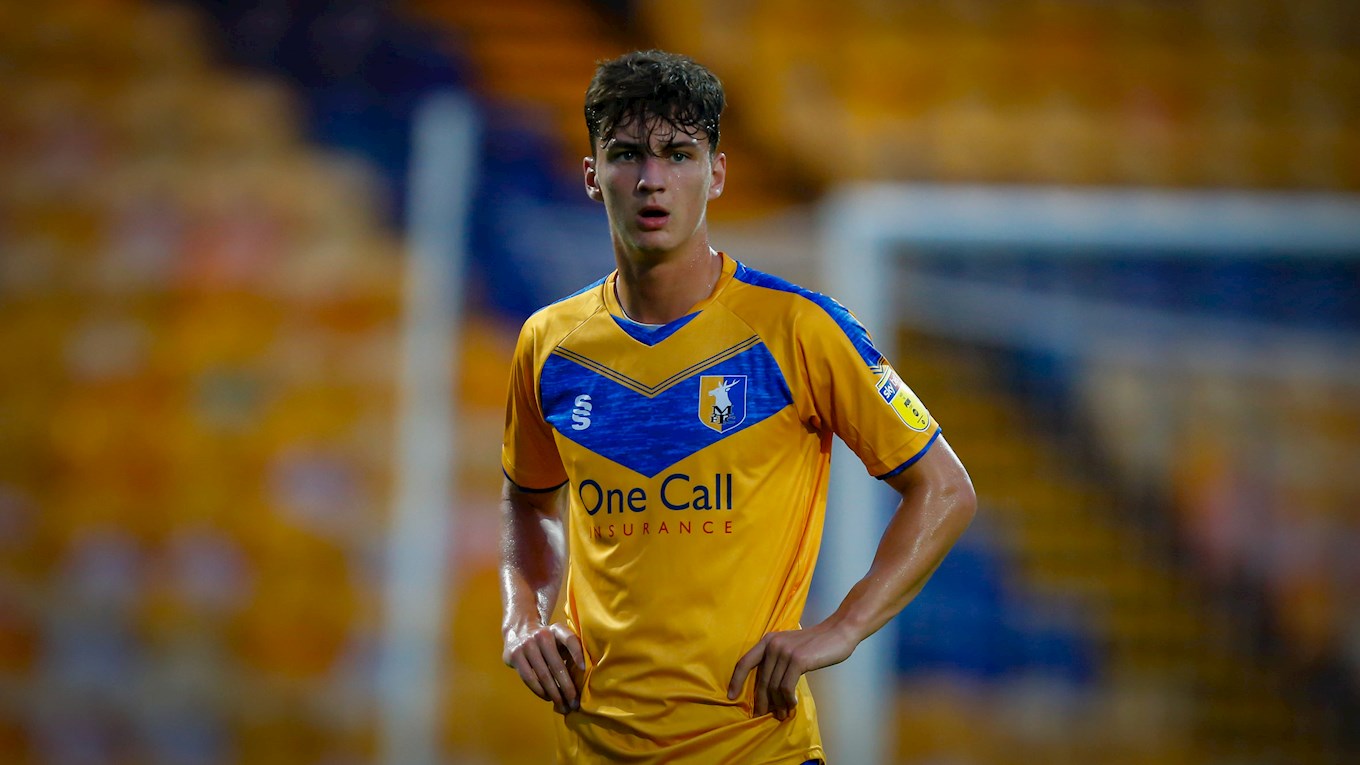 “I thought we were stronger in the second-half,” he began. “They’ve got a lot of quality players in their academy.

“We blooded a lot of our young lads today and we’re disappointed not to have won it. We had some good chances and we needed someone to step up and knock one in.

“We created some good chances around the box and we’re disappointed that somebody wasn’t in and around the six-yard box to put one in.

“In the last ten minutes we had the ball in good areas and we’ll chat about that [not finishing chances] more on Thursday.

“We had to change it tactically [in the second-half]. I thought [Lewis] Gibbens (below) and [James] Clarke were excellent throughout. 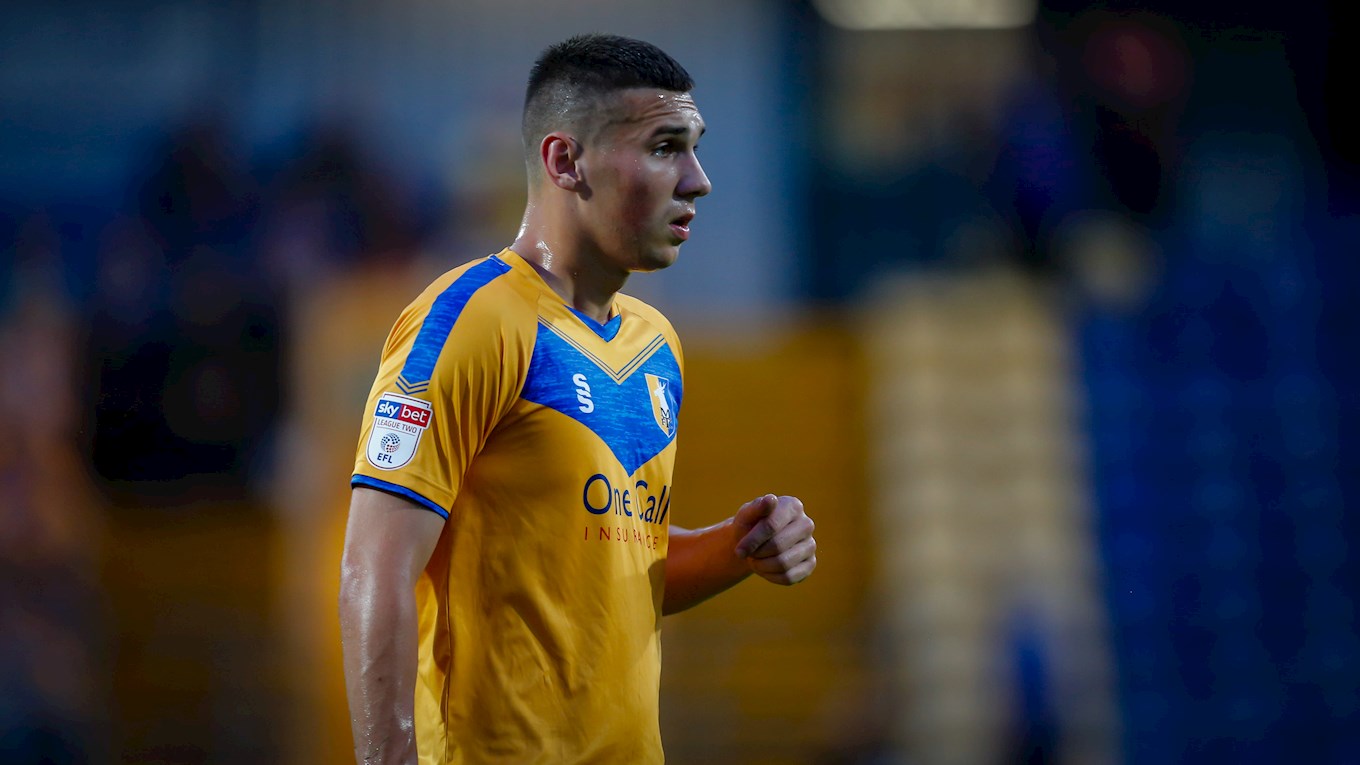 “The gaffer [John Dempster] wanted to change it up and he thought going to three at the back might suit us [in the second-half]. He was right.

“I was encouraged by some of the young lads and I thought Omari [Sterling-James] and Macca [Alex MacDonald] did really well.

“Macca gives a lot of energy to us in midfield and gets people going. There were a lot of pluses tonight.

“We’re not daft though, as we’ve lost again on penalties which disappoints us. The lads take penalties all the time [in training] but I always think you can’t recreate what’s going to happen.

“We leave it down to the players – who wants to take a penalty. Unfortunately tonight, a couple of the lads didn’t finish their penalties.

The assistant boss spoke of the game’s two high quality strikes – scored by Everton’s Anthony Gordon and Omari Sterling-James (below) – while adding that he was impressed by the performance of Mansfield’s goalscorer. 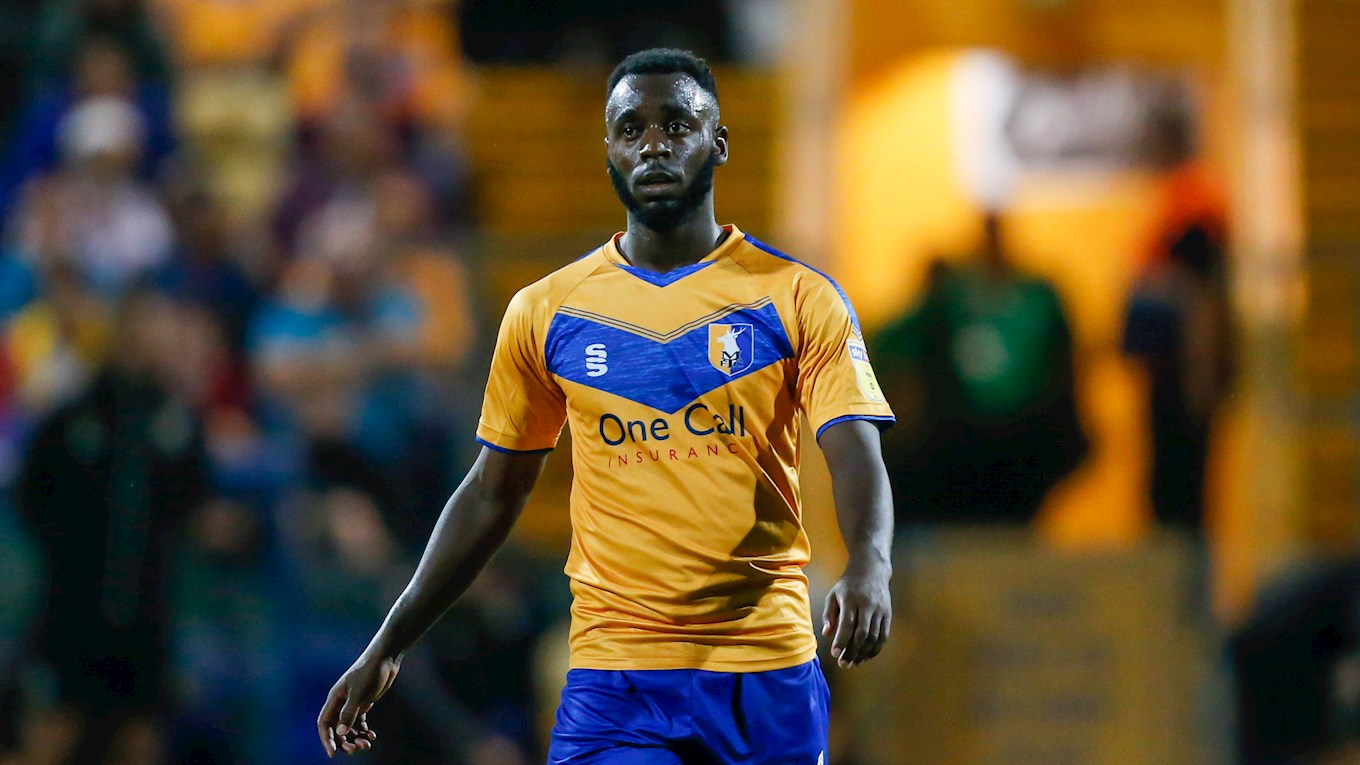 “I think the lad that scored their goal [Anthony Gordon] has a little bit of quality. It was a good finish,” he added.

“Then ours was a nice bit of play along with a good turn and shot [by Omari Sterling-James]. So there were two good quality goals.

“I think he [Sterling-James] has done enough to put pressure on the manager [ahead of Saturday’s game away at Exeter]. He’s very much in our thoughts – his performance was excellent.

Lee Glover also revealed that had more first team players been fit ahead of tonight’s match, the Stags would have named a far stronger lineup for the game.

“As you know, we’re carrying a lot of first team injuries so it’s having a massive effect on us at the moment. We’re working on getting them back fit.

“We’re treating it [Leasing.com Trophy] with respect. We want to put as strong a side out as we can, but our hands are tied with it.”