Manager John Dempster is hopeful of having three of his ‘big hitters’ available for the Stags’ clash with Sky Bet League Two leaders Exeter City on Saturday.

The boss revealed Maynard will definitely be in contention to feature against the Grecians and is optimistic about Pearce and Gordon’s chances.

“Nicky Maynard will train today and we expect Krystian Pearce and Kellan Gordon to hopefully train tomorrow. Slowly but surely, we're getting some of our big hitters back,” he said. 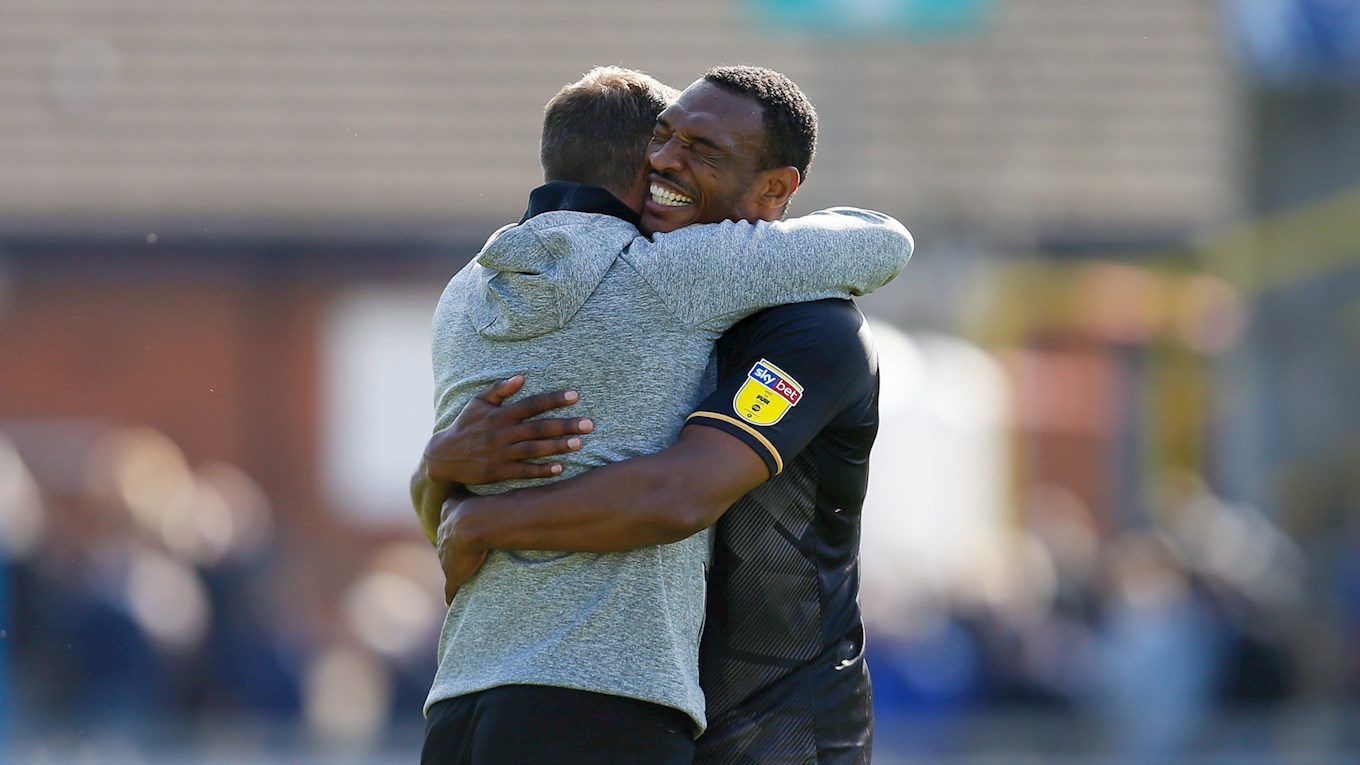 “Kellan is a young player who’s come in and took to it like a duck water, he’s a really good young pro’ and it hasn’t fazed him at all.

“Nicky Maynard is a massive player for us so to have all three of those players back in contention will give the whole club a massive boost.”

Speaking at a 9.30am news conference at The RH Academy, the manager added that Stags are still looking to bolster their squad before deadline day, with the manager expecting to complete a deal for ‘an attacking player’ who can ‘stretch teams’ later today.

“We’re looking at a couple of loan options, hopefully one of them will become clearer at the end of play today and there might be one other which could happen by the weekend.

“He’s an attacking player who can stretch teams, get in behind and score goals. He is somebody who has lots of energy and will complement what we already have in the squad. He will give us another option in the attacking side of the pitch.”

The boss was impressed with the performances of his young players in Tuesday night’s draw against Everton under-21s at One Call Stadium in the Leasing.com Trophy, as well as the form of forward Omari Sterling-James.

“Tuesday's game [against Everton] was a good exercise for the young players and we took massive positives from the game.

“It was great to see Clarkey [James Clarke] and Gibbens [Lewis Gibbens] step up, I thought they were outstanding. I thought Aidan Stone was very good in goal as well, he showed good composure and distribution.

"I've had a number of discussions with Omari [Sterling-James] and he is a player with good ability. Omari has given it his all while I've been in charge and he's reaping the benefits at the minute."

The boss gave attacking midfielder Tyrese Sinclair his professional debut against the Toffees, someone he knows well from his time managing the youth team.

"Tyrese [Sinclair] was desperate to get on the pitch and is a player who loves playing football. He has real potential because he can create and score goals.

“He’s got real ability and is a little gem who will hopefully pop up later on to help this football club.”

John Dempster has placed an emphasis on defending in training, ahead of their trip to Devon on Saturday, but stressed the Stags are still working on their attacking play.

"We're still emphasising defending in training but we've also been doing a lot of work in the final third. It's important that you keep practising those basics and doing the basics well.

"You look at chances created over the last two games and they were in abundance. We're creating the chances, we just need to go that one step further and put the ball in the back of the net."

The Grecians are the early pacesetters in Sky Bet League Two after making an unbeaten start to the campaign and the manager revealed he has a lot of respect for Matt Taylor’s side.

"Every football club in League Two is competitive. Exeter are a club I have a lot of respect for. They have a young manager and are very well supported at home by a passionate group of supporters.

"Exeter are always up there challenging and have a lot of stability. The way the football club is run, you can't help but respect it.

"They have good players and are dangerous. They'll attack us to go and win the game. We have to go there and spoil their good form. We'll go there in a confident mood."