Stags’ boss John Dempster has praised the tactical insight shown by Lee Glover at half-time, citing the changes enforced by the assistant manager as a key factor in Mansfield’s dramatic second-half comeback at Rodney Parade.

Mansfield went into the half-time break two-goals down following a strike from Joss Labadie and a Padraig Amond penalty, but produced a stunning two-minute comeback early in the second-half, levelling the score with efforts from Krystian Pearce and Danny Rose.

And although Nicky Maynard had his spot-kick saved, which would have given the Stags a 3-2 lead, the Mansfield boss was satisfied with the hard-fought point on the road.

“I’m delighted with the players and pleased with the point,” he began. “When the fixtures come out and you look at this one, you think an away point wouldn’t be a bad one. 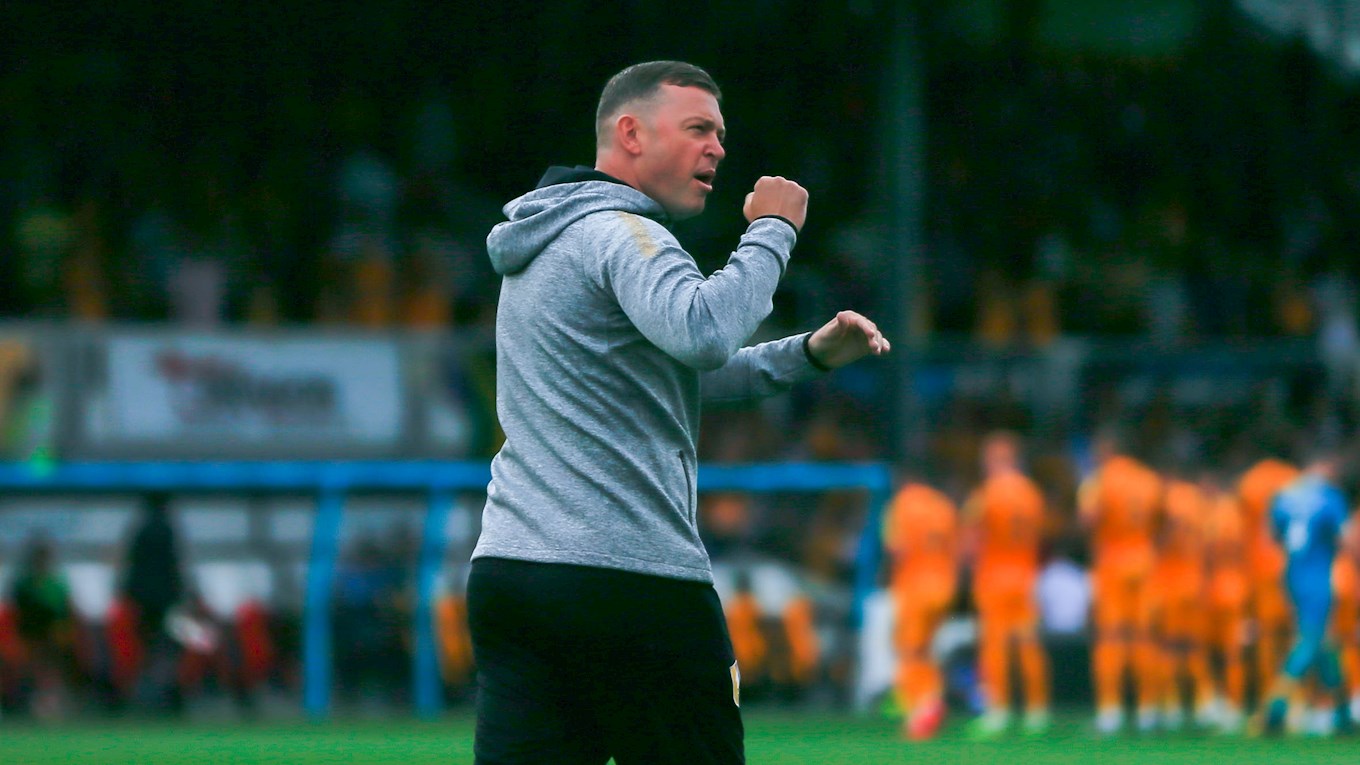 “On reflection of the game, it couldn’t have been more eventful really. We looked dangerous [to begin with], but it was a sucker punch to concede that early.

“People would have thought we were dead and buried at half-time, but full credit [goes to] the players.

“We had a couple of chances to win it, then saw the kitchen sink being thrown at us, but we stood strong.

“[We changed] the shape and personnel [at half-time]. Ryan Sweeney was on a yellow card, and we felt that if we went to a back-four we could cause a few more problems. 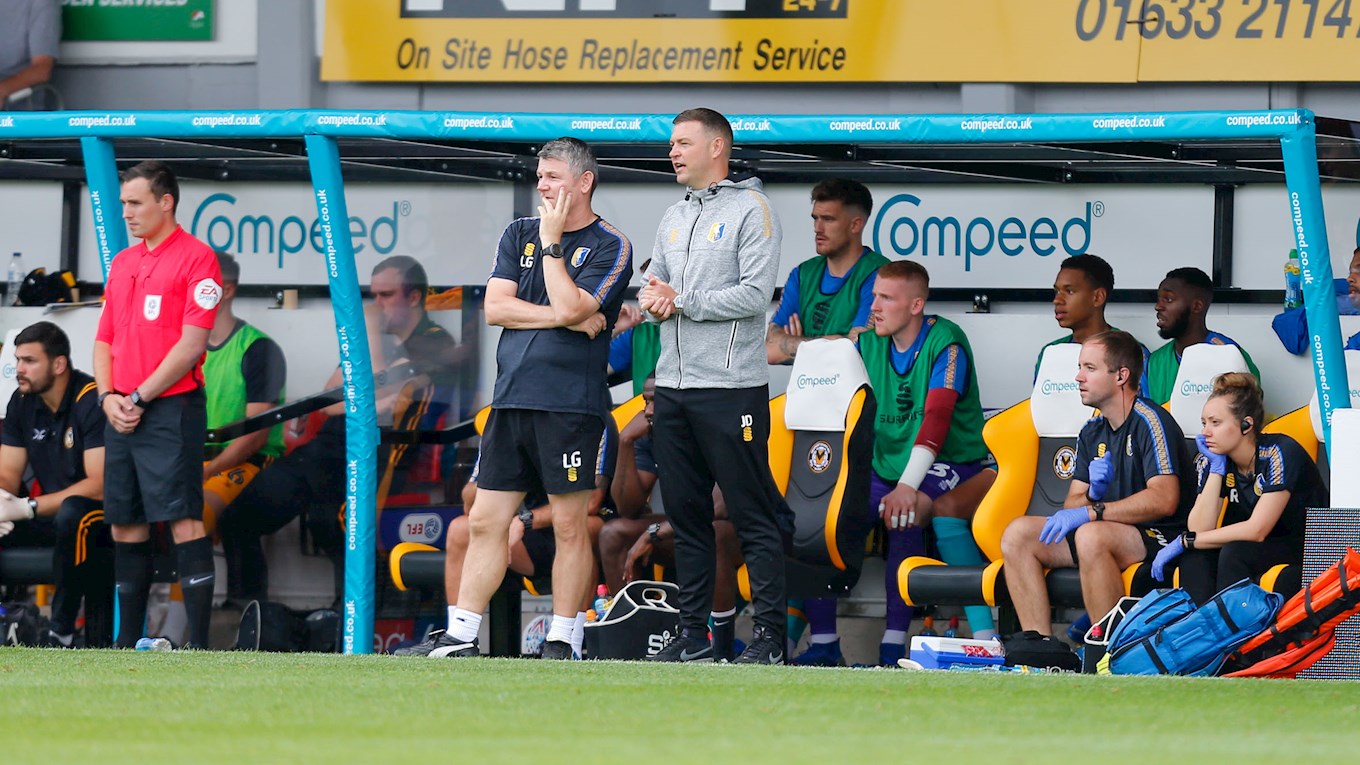 “Like I said, credit to the players, but I think the tactical bits that Lee Glover [assistant manager, pictured above] gave [helped] and the boys that came on did an excellent job.

“Newport didn’t really know what hit them after half-time, and it’s just a shame that the sending off meant that we had to park the bus a little bit and fight for that point.

“I’m pleased with the point, with the confidence knowing that there is more in the tank.

“It’s just a shame that we couldn’t bury our penalty, as it may have been a different story. But only positives to take from it, because there was great character shown by the players." Another major talking point in a highly-eventful game was the dismissal of midfielder Jacob Mellis (pictured below), who was shown red in the 68th minute.

The manager says that - after reviewing footage of the incident post-match - the dismissal of Mellis was harsh, and believes the decision stole the ‘momentum’ from his side.

“I didn’t think it [Jacob Mellis’ dismissal] was a red card,” he added. “The referee said it was a stamp, but I’ve just watched it back and it wasn’t.

“Jacob fell on [Joss] Labadie, so we’re disappointed. We’ll have a look at it more closely and if there is an option to appeal, then that may be the case. 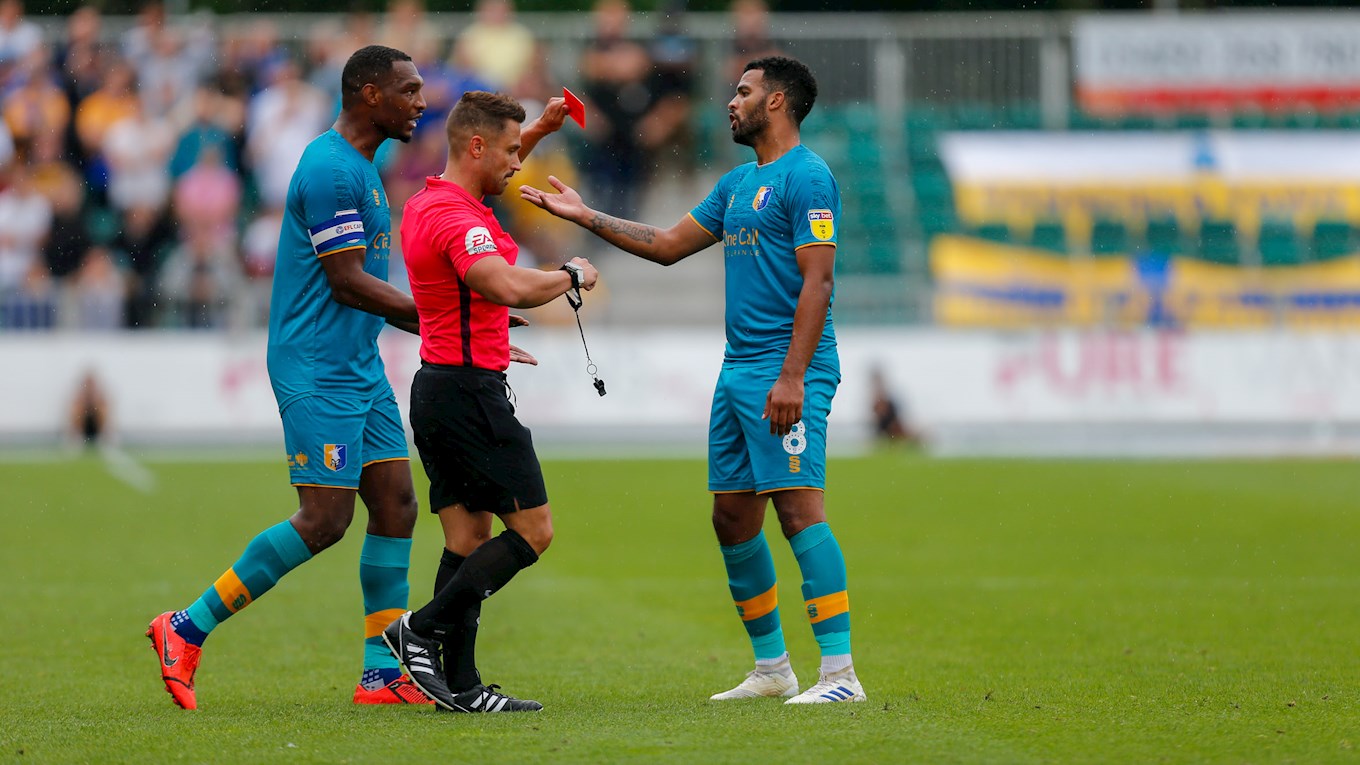 “I spoke to the players at half-time about making the most of momentum when we have it and we certainly did that with the two goals.

“The message from the bench [after the equaliser] was to keep going, because we had the momentum.

“We wanted to go for the kill, but we couldn’t in the end, because of the sending off.”

The manager also revealed that his approach to the half-time team talk, which inspired his charges to score twice before the 50-minute mark, was a calm one.

“I was quite calm at half-time if I’m being honest. I felt that things went against us.

“I felt that the change in momentum with their two goals wobbled us a little bit. It wasn’t the time to go in and start booting tables and kicking things over, it was the time for a calm head.”

The boss also provided an injury update following the battle at Rodney Parade.

“Typical Danny [Rose, pictured below] has got a split head, which was glued together at half-time. But he couldn’t wait to get back out there. 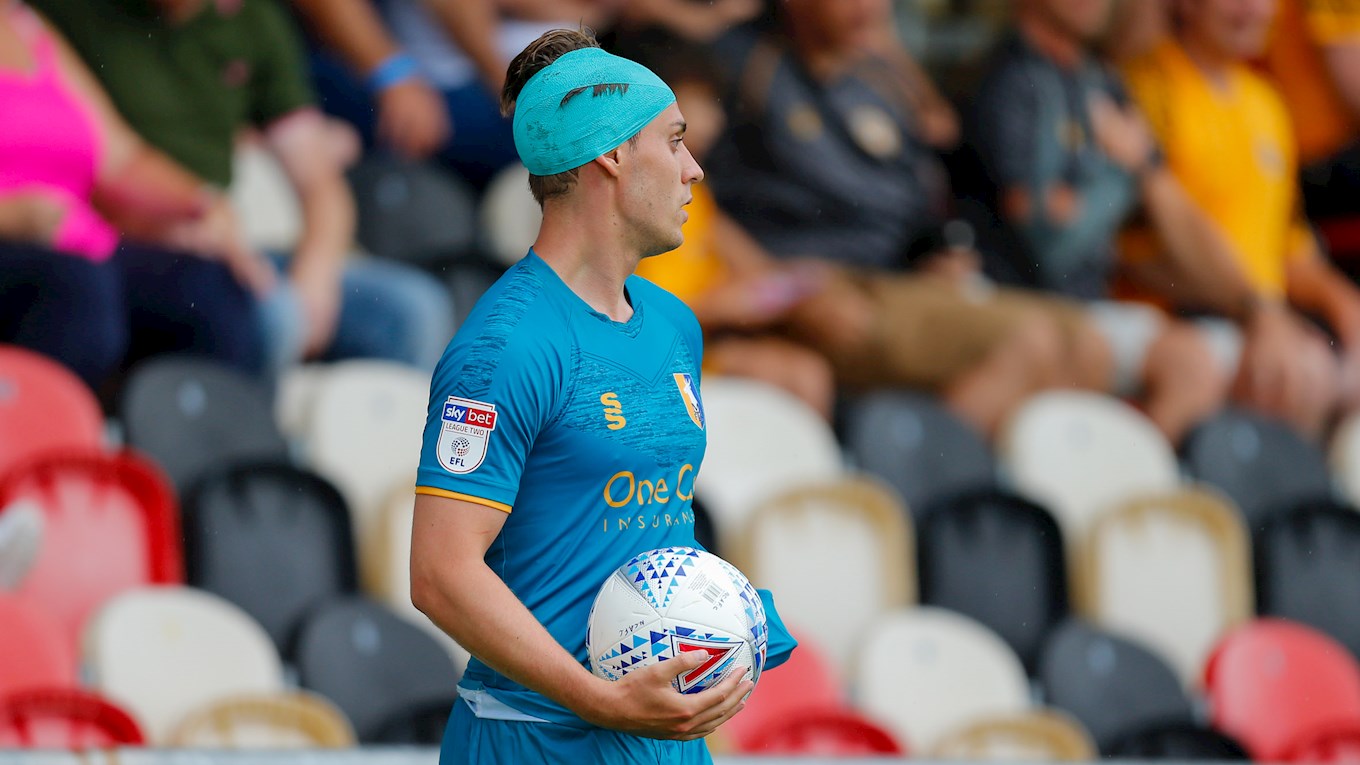 “I asked him if he was okay and he made it clear to me that he didn’t want to come off the pitch.

“CJ [Hamilton] has taken a bit of a whack and didn’t feel as if he could give us 100 percent so he came off.

“Kellan Gordon – what an excellent display – to come on when we’re 2-0 down with our backs against the wall and perform like he did, I thought he was outstanding.

“There are a few bruises [in the squad]. Pressie [Matt Preston] has a badly bruised leg from the Rangers [under-23s] game and he keeps getting whacked on it. But apart from that, we’re good to go.”