Manager John Dempster says he is ‘gutted’ at Mansfield’s exit from the Carabao Cup, citing the lack of a ‘clinical’ edge from his side as the reason for tonight’s loss on penalties at home to Morecambe.

The Stags pulled the game back on two occasions through Krystian Pearce and Omari Sterling-James, but could not capitalise on their one-man advantage following Luke Conlan’s straight red card.

After the 2-2 full-time scoreline, Mansfield were eventually knocked out of the competition by way of a 6-5 penalty shootout defeat.

The boss has called for his players to ‘step up.’

“I’m really disappointed and gutted that we’re not in the next round,” he said. “We worked hard to get back in the game, but when you concede as easily as we did, it will be a struggle. 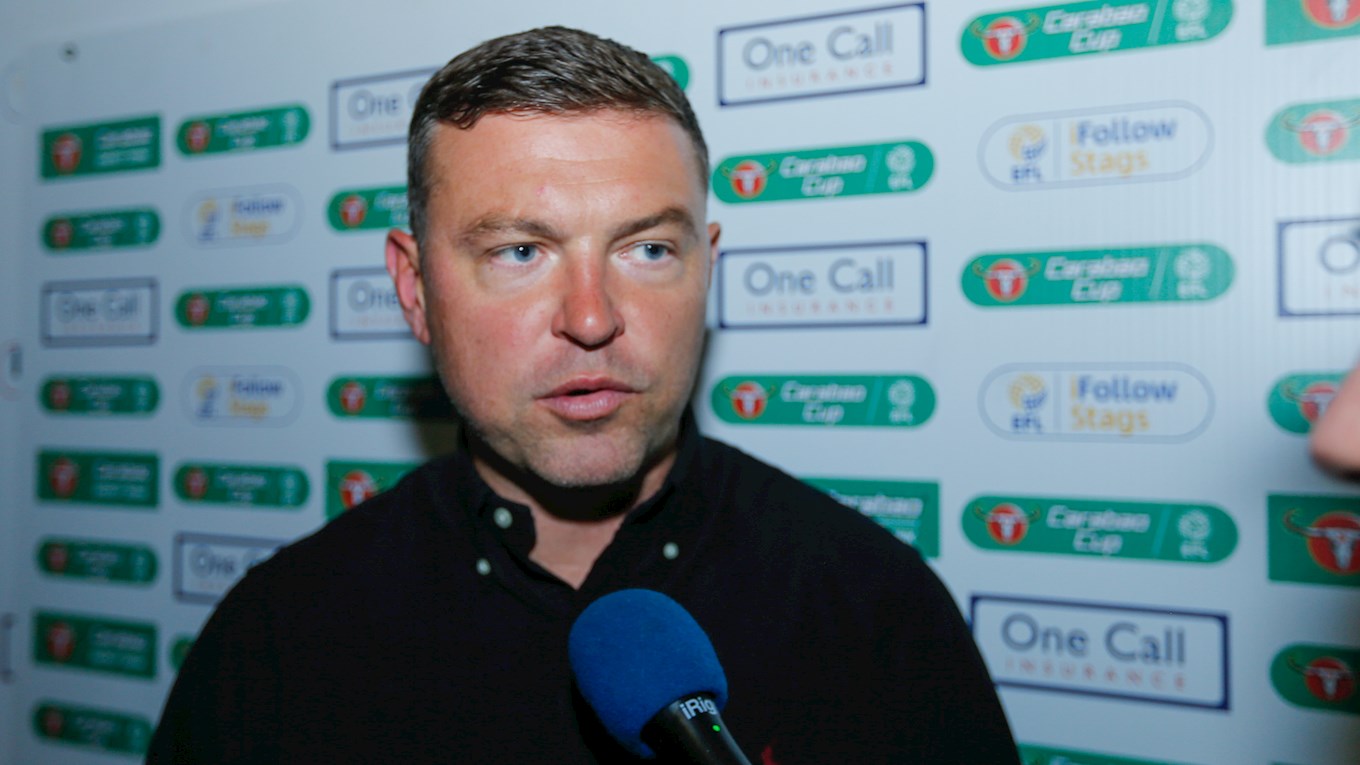 “I think the boys tried, but we weren’t good enough in our defensive box. I’m absolutely gutted.

“I thought the supporters were good tonight. We had to be patient after the sending off, as Morecambe were defensive and rightly so.

“They put their bodies on the line to defend and we’ve come up short tonight.

“That final ball, that cross, that clinical finish was lacking. Not for the want of trying, but it’s not good enough.

“The Chief [Krystian Pearce] has stepped up and got us back in it with his header. We need more people like that, stepping up when it matters. 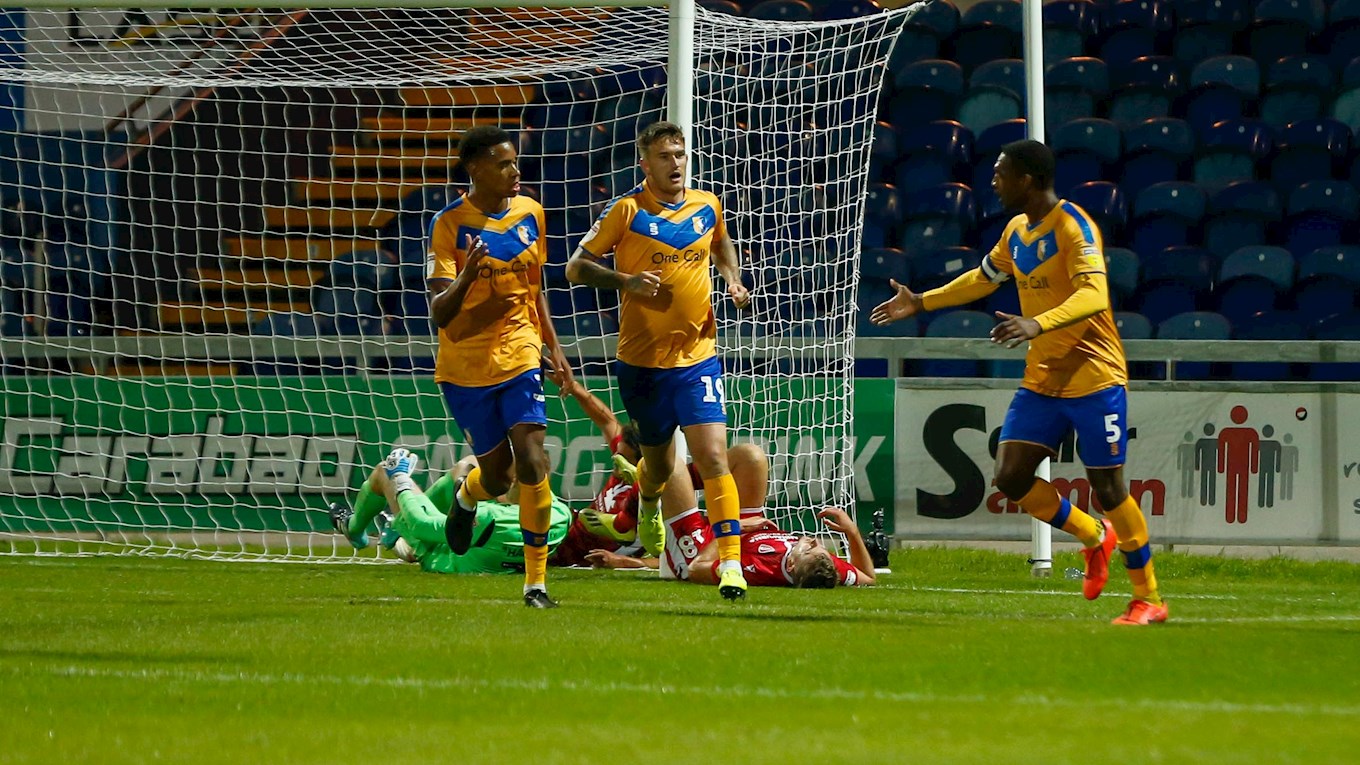 “I was really pleased for Omari [Sterling-James] when he came off the bench to score. He’s been training brilliantly and he made an impact straight away.”

The manager picked out 20-year-old Alistair Smith’s (pictured below, right) performance as a positive to take from this evening’s game.

“We picked a team that we thought could beat Morecambe,” he added. “But also, we managed to get some players game time that needed it.

“Young Alistair Smith did well tonight in a pressure game. For a young player, he stepped up and got on the ball. 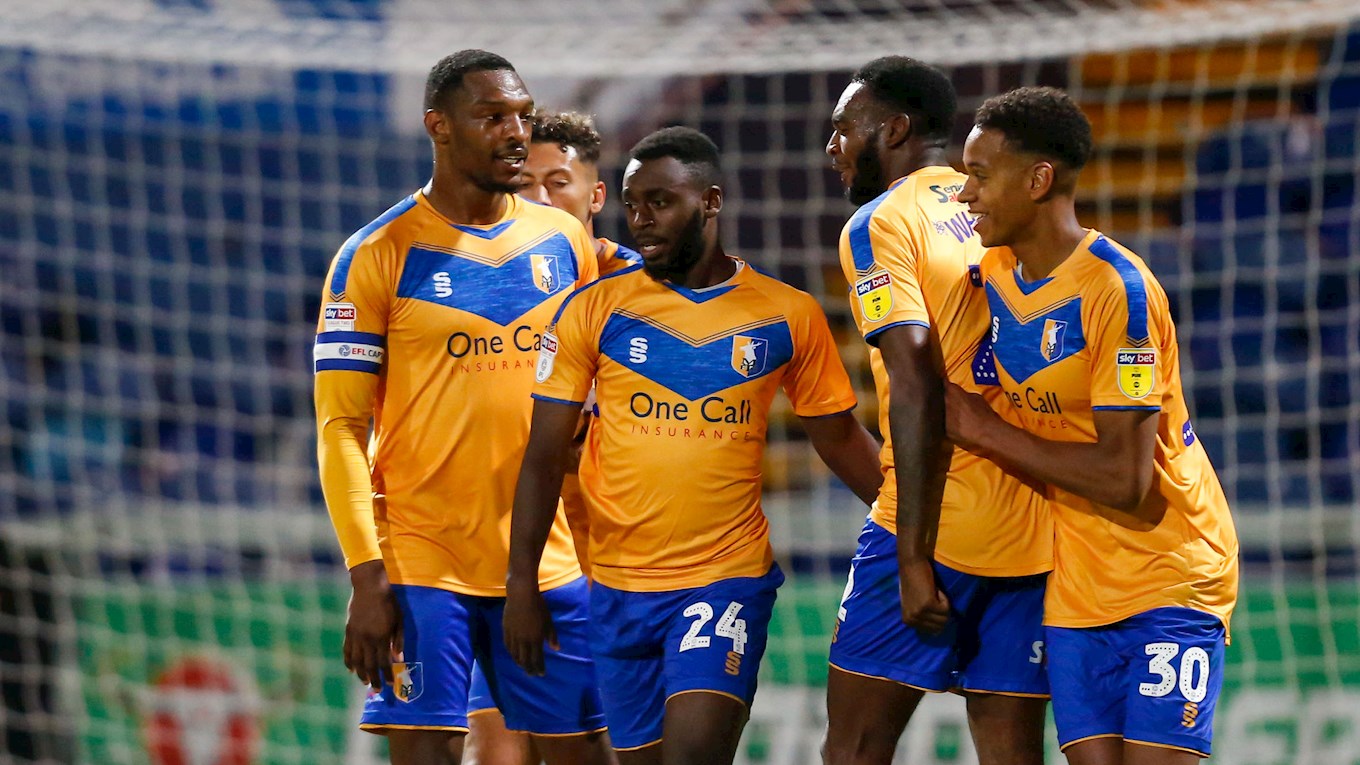 “He could have moved it quicker at times, but he was brave enough to get on it. He also stepped up and took a penalty, which was a massive positive.”

John Dempster also confirmed that performances from his players this evening – good and bad – have posed selection questions ahead of Saturday’s trip to Carlisle.

“You’re always being assessed as a player. Beyond that white line, everyone is judging you and people have their opinions of you.

“I’m no different. I’m looking at the players and willing them to do well. When you have a match in midweek, that’s what the players are assessed in and we came up short.”