Teenage right-back James Clarke described his full debut for Mansfield Town as a ‘proud’ personal moment after featuring in the starting line-up against Stevenage.

The 19-year-old was handed his first start in amber and blue by manager John Dempster on Saturday afternoon, and subsequently played the full 90 at One Call Stadium.

He was part of a back-four that limited Boro to few chances, which showed as the Stags emerged with a second clean sheet in Sky Bet League Two.

And the full-back subsequently revealed his pride after featuring from the outset.

“When I signed, it was as an under-21 player,” he told iFollow Stags. “So I decided that I wanted to push on and get as much first-team action as possible. 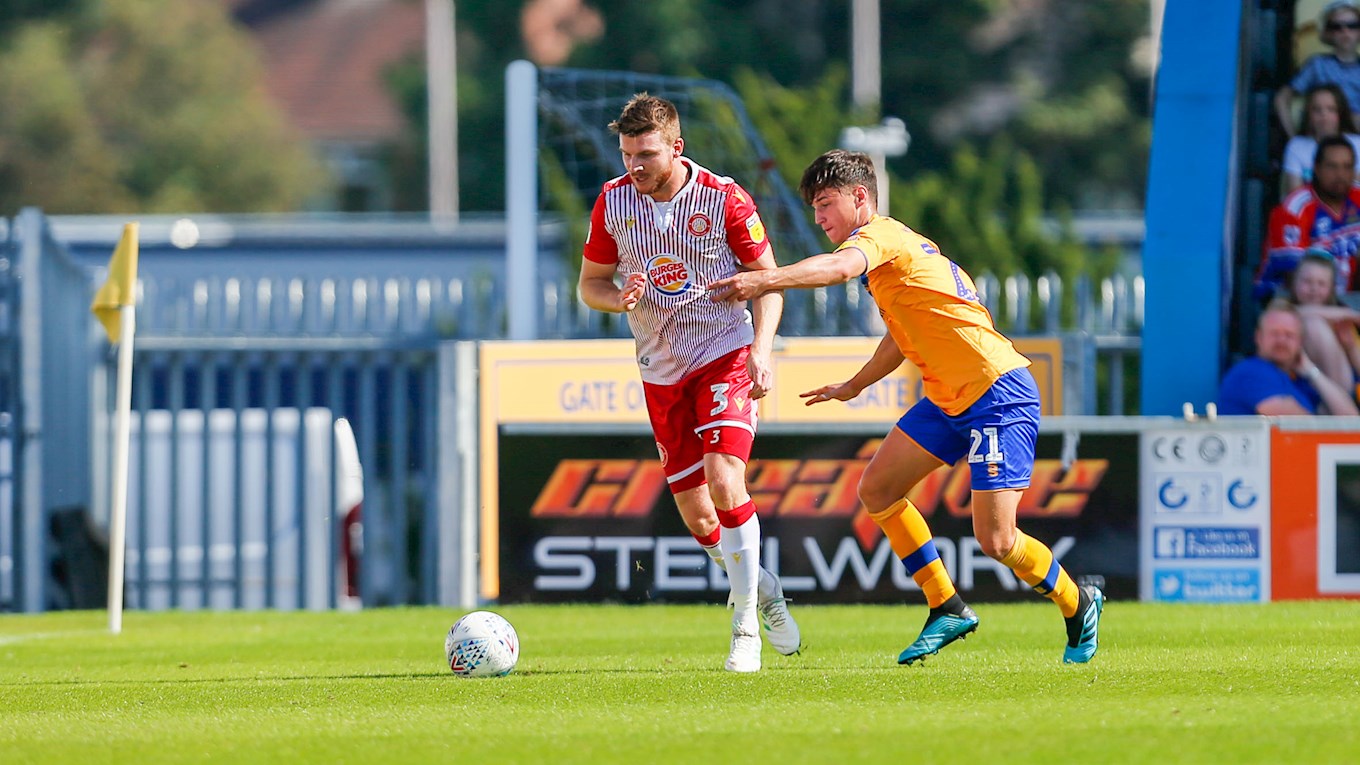 “I got on against Leyton Orient for a few minutes the other night but I was very proud to make my full debut.

“It’s very special for me with my first start in the Football League. Hopefully there’s many more to come.

“A lot of my family were here today to watch so that was good. I wanted to play my normal game and do the best for the team.”

Clarke, who signed from Burnley in the summer, also detailed how his fellow teammates helped guide him through the contest. 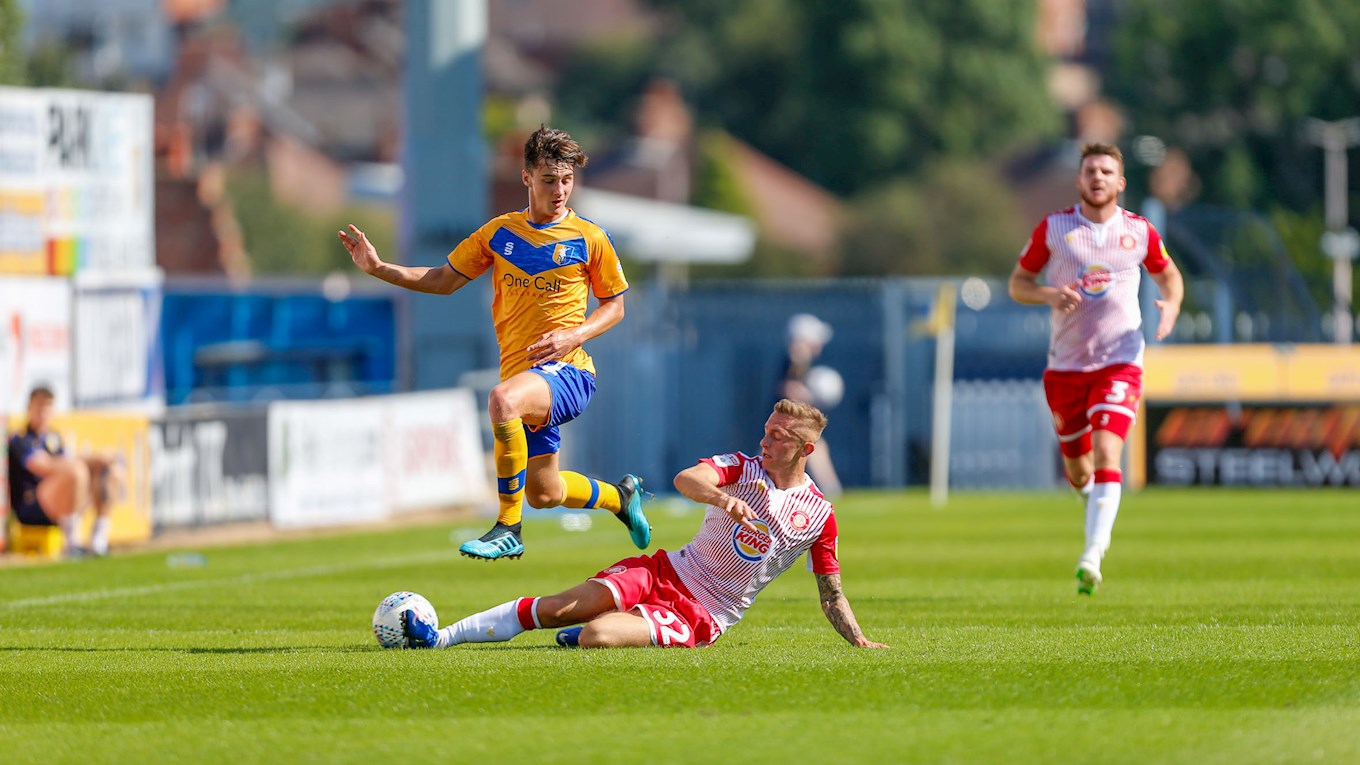 “My positioning defensively [was good]. Matt Preston talked to me to keep tight and not allow many through balls behind us, which showed in the clean sheet.

“I thought I could have done better on the ball but that’ll come with time.

“All of the back four – Mal [Benning], [Ryan] Sweeney and Preston did well today – they spoke to me all game. The positioning and communication from them all was very good.

“It’s big [the step up], it’s different from the under-21s of course, it’s a lot more physical.

“It’s quicker but I thought I coped quite well with it today. If I get more game time I’ll get used to it.” 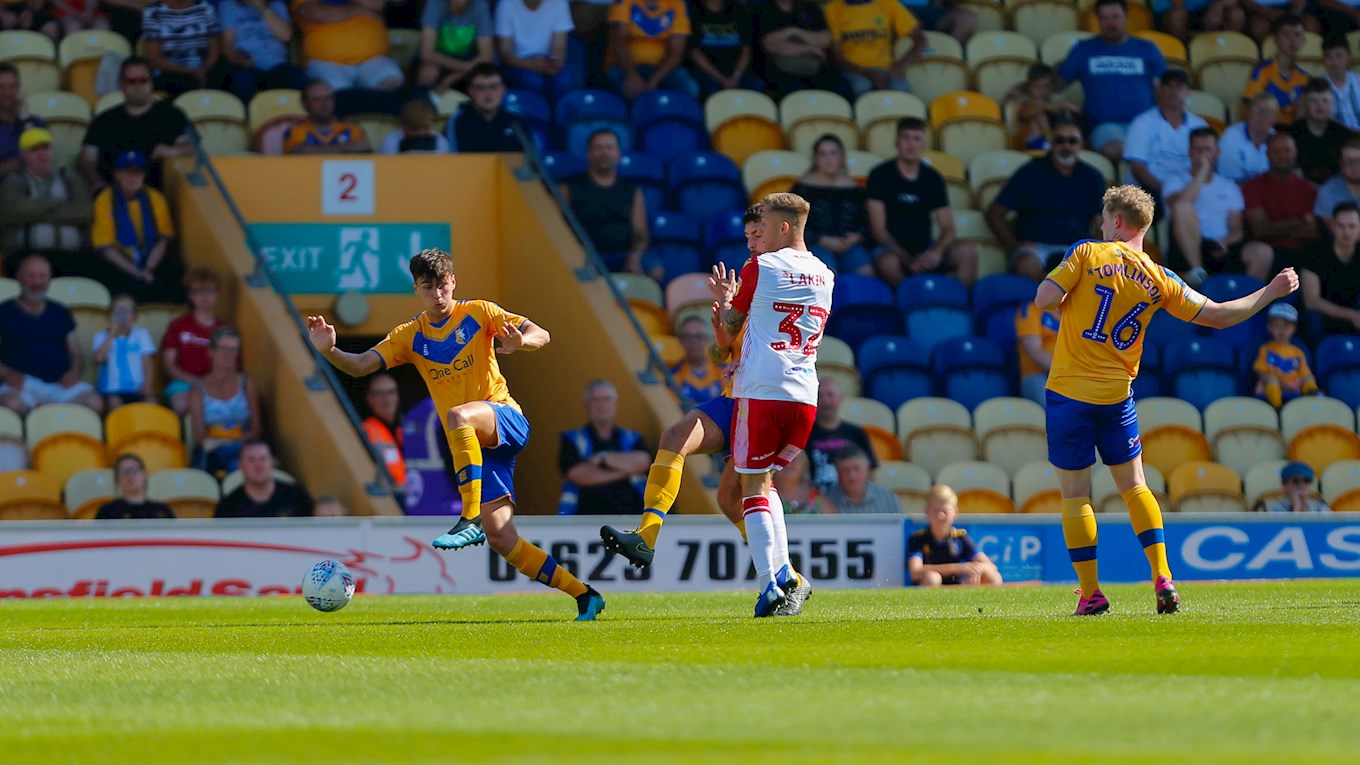 The youngster also thought his side were unlucky not to take three points against Dino Maamria’s men after dominating large parts of the game.

“I think it was just one of those days, really,” he continued.

“We didn’t have the best of luck but that happens in football. You’ve just got to learn from it.

“We’ll go again against Everton on Tuesday where we can hopefully put it right.”

iFollow Stags subscribers can watch the defender's interview in full by logging into mansfieldtown.net/ifollow later today.