Midfielder Neal Bishop has targeted another strong home record this season, starting with Stags’ first league match at One Call Stadium this Saturday against Morecambe.

Mansfield lost just four league matches at home last term, and the 37-year-old says he wants to ‘continue’ those impressive numbers into the 2019-20 campaign.

The former Scunthorpe United man also laid out his ambitions for the season, while looking ahead to Saturday’s match against the Shrimps.

“They [Morecambe] are a team that keep defying the odds,” he said. “Massive credit to their manager [Jim Bentley] because he’s very astute.

“We’re not going to expect them to come to our place and roll over. They’ll have a game plan, have got good players and will carry a threat.

“The manager sets them up well and they’ll play to their strengths. They all battle and know that the team comes first. 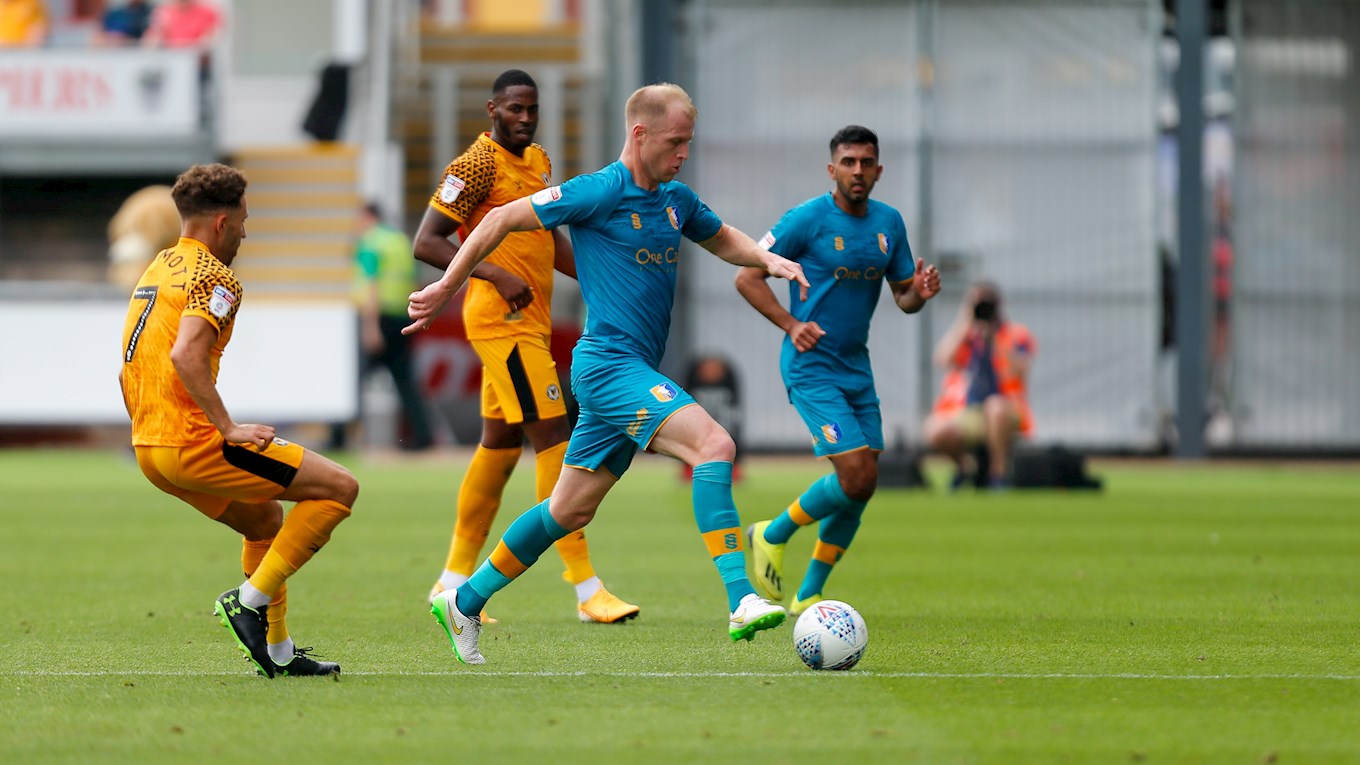 “It’s at home, so the emphasis is on us to go out there and play our game. We’ll look to be on the front foot and win the game from minute one.

“I think you’ve seen on Saturday [away at Newport] that they [management] are very tactically aware and can change games during it.

“But ultimately, it’s up to the players. The manager can set us up in any way they want, it’s up to us as players.

“We had a great home record last season and we want to continue that. There’ll be no better way to start at home on Saturday than with a clean sheet and three points. 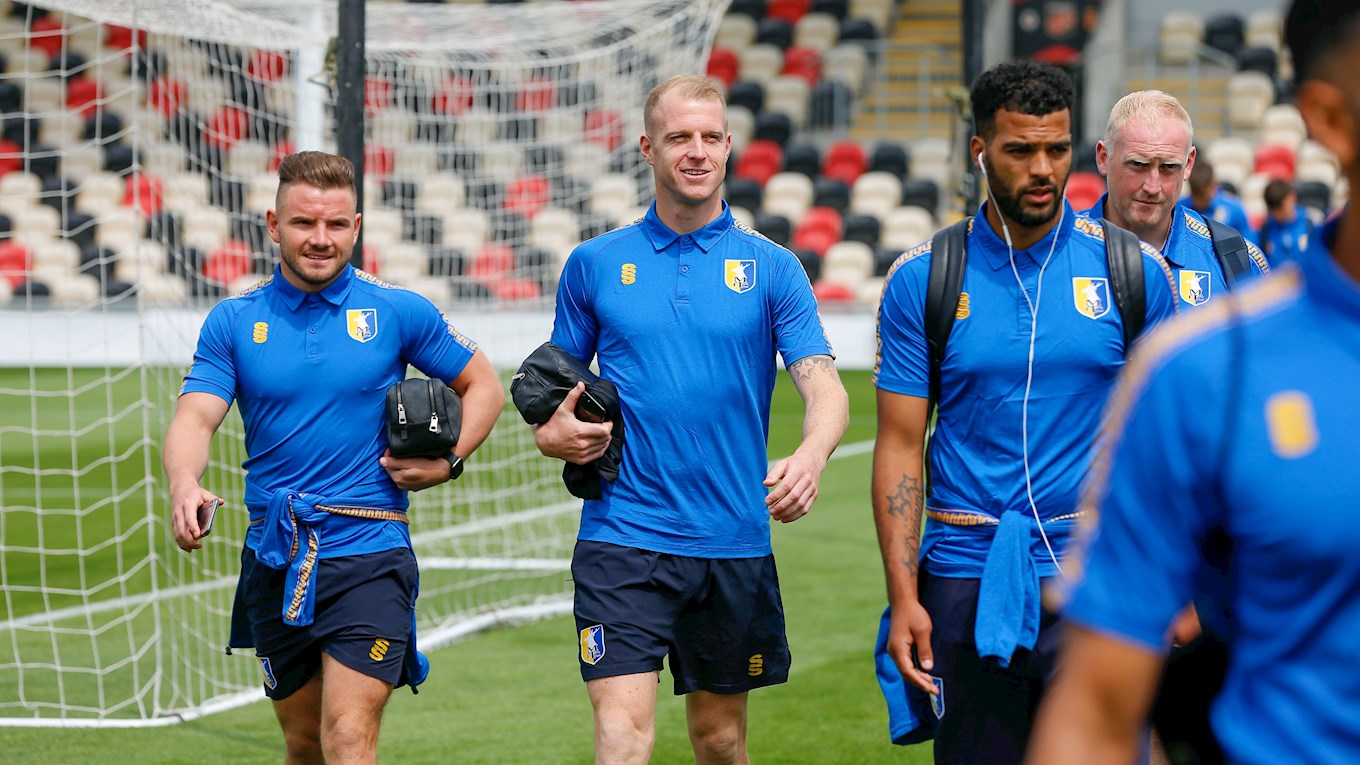 “My targets are the same as last season – it just has to be promotion. My individual targets come second to the team’s goals.”

Reflecting on Mansfield’s pulsating season opener against Newport County - a game that he says had ‘everything’ - Bishop credited the management’s input at half-time for Stags’ remarkable two-minute comeback.

“It [Newport game] probably had everything for the neutral,” he added. “In the first 45 minutes we were way off it by our standards and we know that.

“The management tweaked things at half-time and it looked like we were going to win it. I think we would’ve done if we had 11 men on the pitch.

“I think he [John Dempster] found the right tone with the boys [at half-time]. It would have been easy to come in and start throwing stuff around because we were way below par.

“But before the manager even walked in, we were aware of that. We had words between ourselves.

“If you look at it, it’s a point better off than we got last season down there, so that’s a positive to take.

“The sending off and the penalty miss are two massive things in their favour, but we’re not blaming anyone because we win and lose as a squad.

“We knew what we had to do with ten men and it was a great effort from us. We were more than worth the point in the end.

“We spoke in the dressing room and the gaffer [John Dempster] emphasised that the next goal was crucial, and so it proved.

“It’s a point away from home in a place where we got beat last season. We’ll take the positives and look to bounce back with three points on Saturday.”

Stags’ No.6 also says that the squad must use the ‘disappointment’ of last season to ‘drive’ and ‘fuel’ themselves this term.

“It was gut-wrenching last season and that pain is going to be there until we put it right. I think the only way to exercise that disappointment is to put it right. 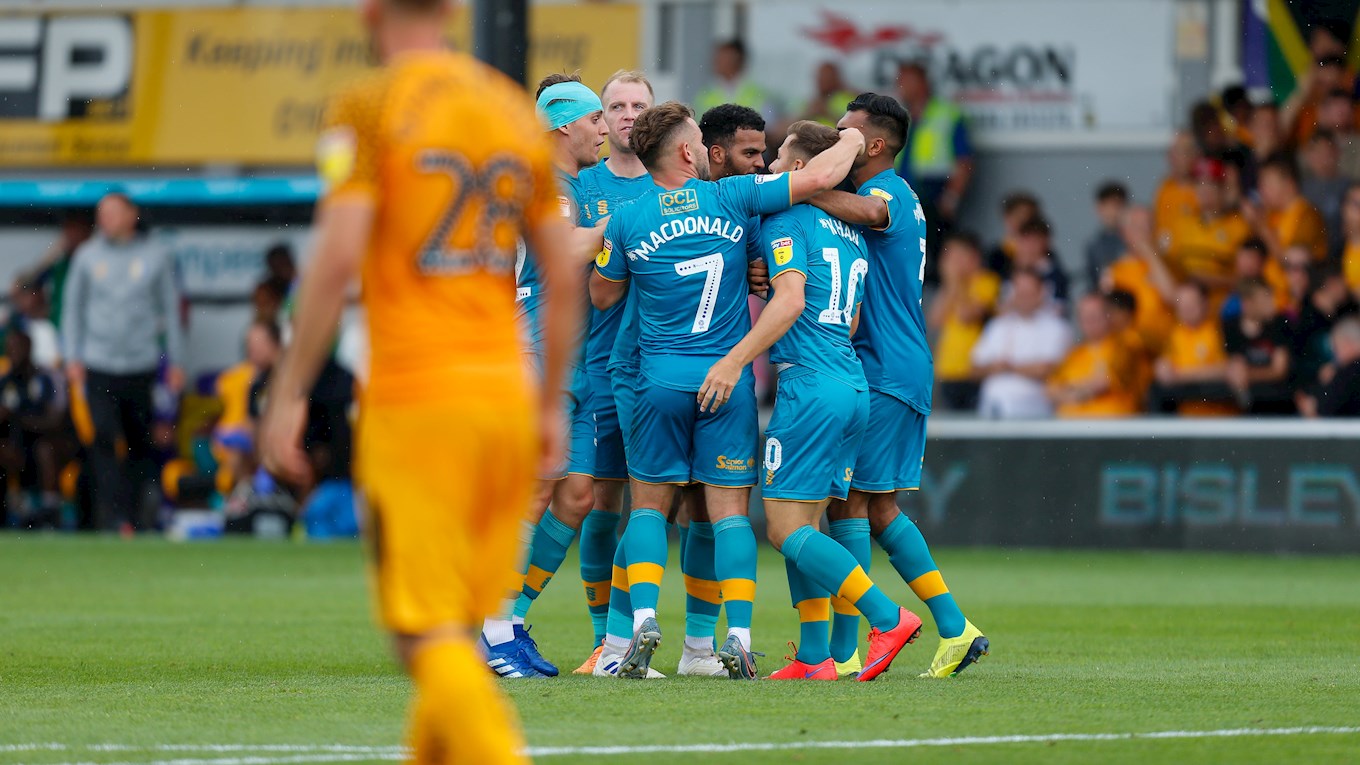 “You have to use that [last season] as fuel and you have to remember that pain and how bad it felt.

“You have to turn that into your drive, your fuel and your energy to make sure you never feel like that again.

“It was probably a career low at the MK Dons game, watching them celebrate. We can put that right and as a group we never want to feel like that again. That has to be our motivation.”

You can purchase tickets for this weekend’s home clash against Morecambe (3pm) by heading to stagstickets.co.uk.