He’s seen his hotel room trashed by players, banned from the then-named Field Mill and even came close to appearing in the Stags’ first team. Those are just three extraordinary moments from a memorable three decades of covering Mansfield Town for local journalist John Lomas.

On 08 April 1989, John travelled to Huddersfield Town’s Leeds Road Stadium to report on his first Stags’ match, a 2-0 loss in Division Three (now League One) for the Football Post, a supplement for the Nottingham Post.

Now, 30 years later, he is set to cover this afternoon’s match at home to Cambridge United as sports editor for the Chad - a position he has held for the past 25 years - in his usual seat in the press row of the Ian Greaves Upper tier, near the halfway line.

During that time, John has, unsurprisingly, witnessed many changes to his role following the amber and blue and to the club itself. 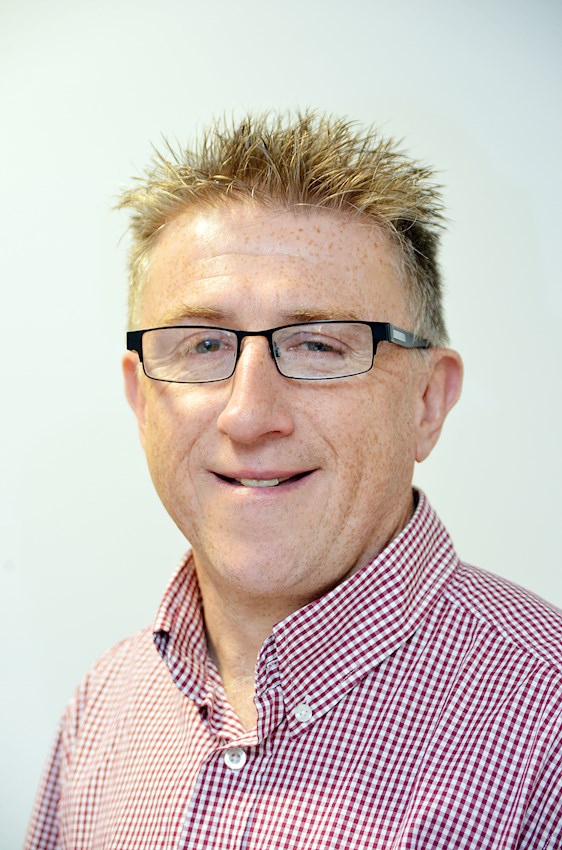 “When I started, my job involved a pad and pen,” says John. “Nowadays it’s a pad, pen and a mobile phone which has on it a dictaphone, camera and Facebook live. There’s much more to think about in terms of social media because the web is king now and most people go there for their news.

“As for the club, it’s in a fantastic state now. When I first started covering, it was under Abacus, heavily in debt, run-down, dusty and decaying. The football was poor and the club was struggling to get anywhere.

“If you’d have said down the line that we’d be in the state we are now where the club is pretty much paying for itself, with enthusiastic people running it with money to take it further, growing crowds with some of the best football we’ve had in years, then it would have been a dream come true back in those days.”

John, however, has not always maintained such a positive view of the club’s governance. 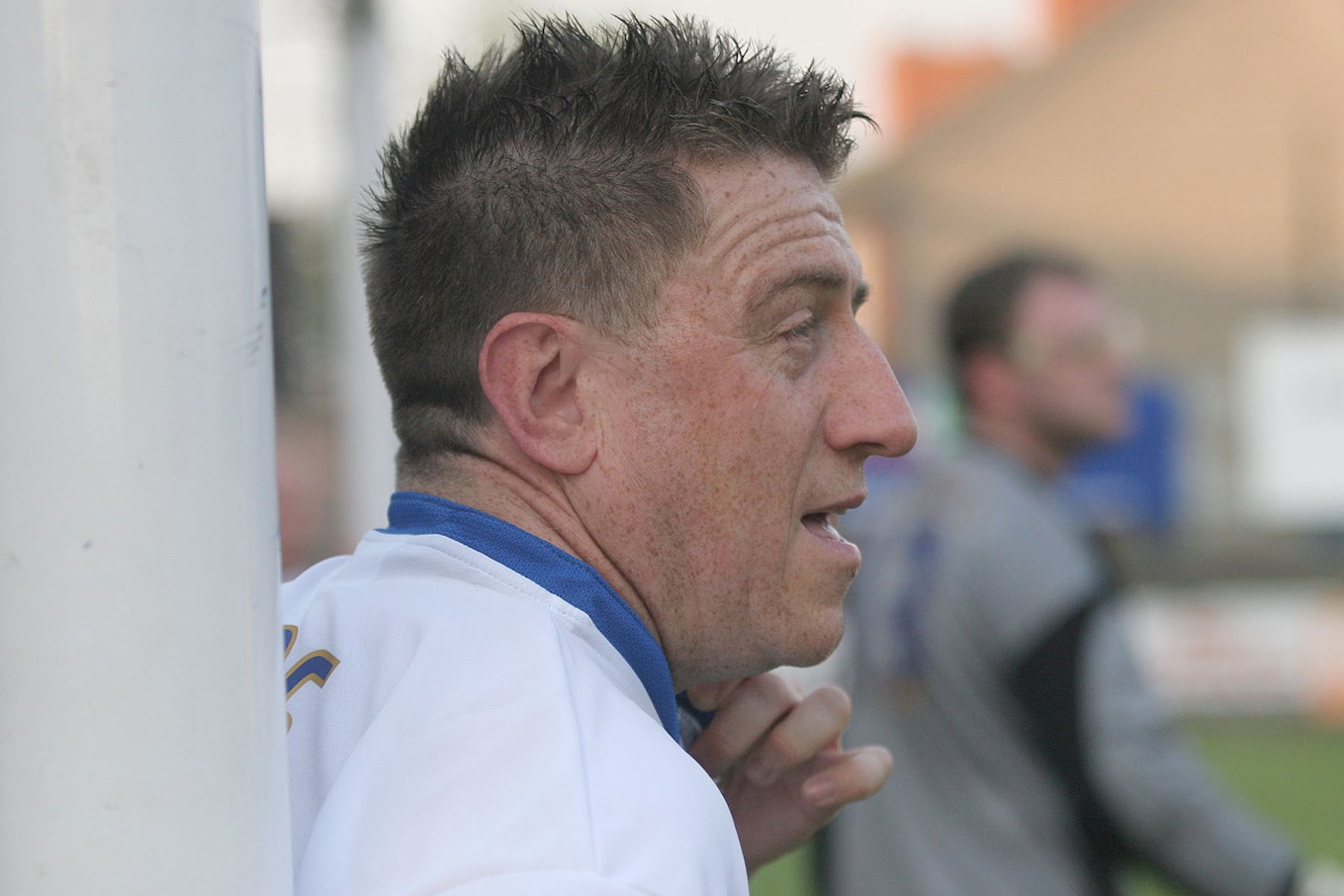 In 2006, he was barred from the ground by former owner Keith Haslam after reporting on a fans’ march from the Town to the ground, protesting against the then-chairman’s running of the club.

“It was challenging, but the adrenaline was pumping at the same time,” John recalls. “There were a lot of barriers put in your way and I was told I wasn’t welcome.

“We printed a story saying we’d been gagged by the chairman. Haslam read it and refuted he’d ever banned me, which was laughable, but quite enjoyable and a little bit triumphant in the end.”

As the culture in football has altered throughout the decades, so too has journalists’ access and customs with the clubs on which they report. 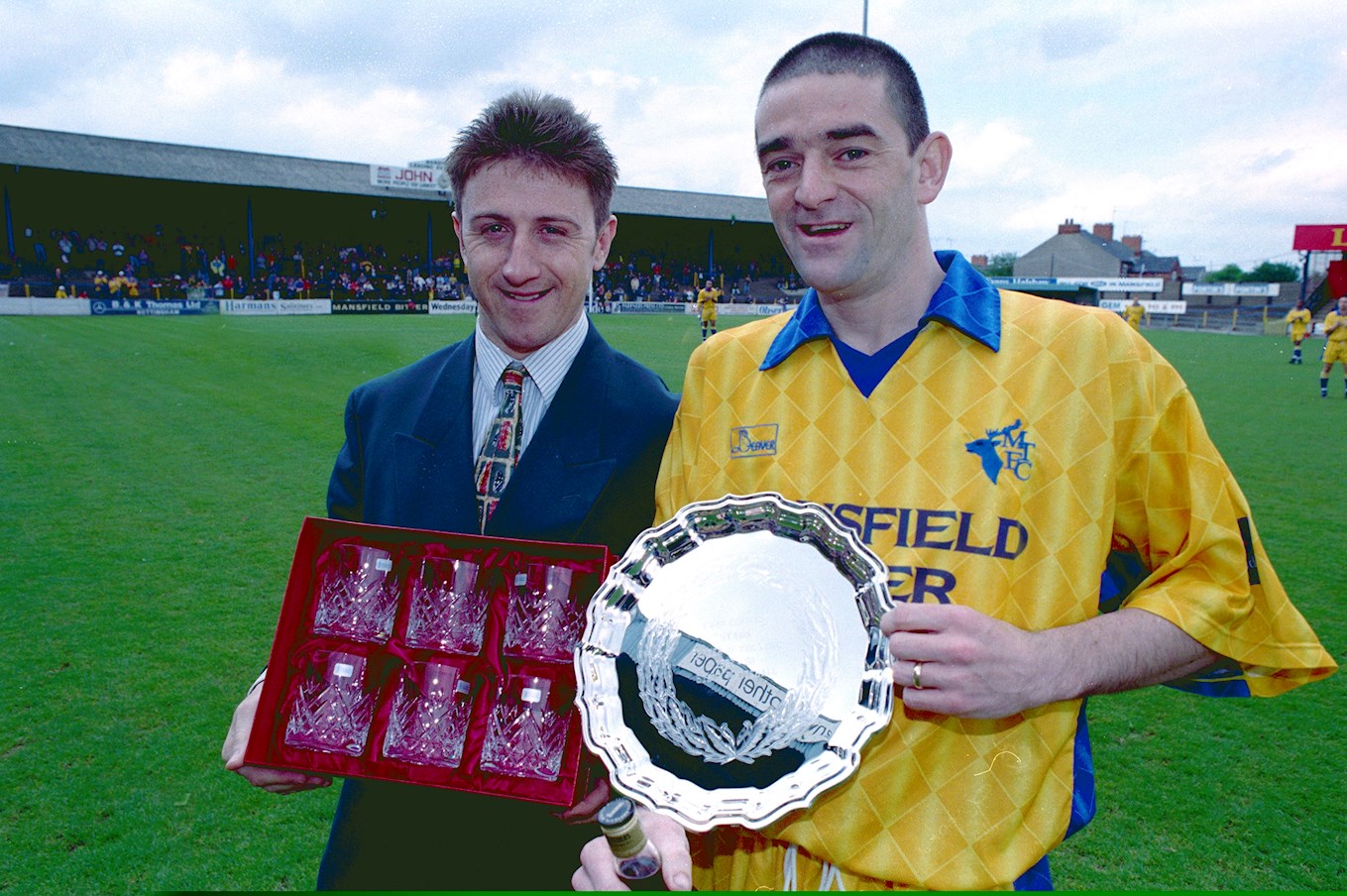 In years gone by, John travelled on the first team coach to away matches with Nottingham Post and BBC Radio Nottingham reporter Simon Mapletoft. Such up-close and personal contact with players now is now uncommon at professional clubs, but his journeys with the squad, especially in the 1990s, were particularly notable.

“We went down to Bournemouth for a game and stayed overnight,” reminisces John.

“Myself and Simon Mapletoft had our evening meal with the players, went to the bar for a drink and then decided me and Simon would go out for a drink in Bournemouth.

“We went back to our rooms to get ready and found both our doors were open. The players had managed to persuade the hotel to give them a spare key. They completely trashed our rooms, tied shirts tightly together, snipped boxers and ties in half, emptied crisps into the bed and taken batteries out of walkmans and put toothpaste on the mirror saying ‘RedRum’ from the Stephen King movie.

“We never found out who it was, but they did a right good number on us.” 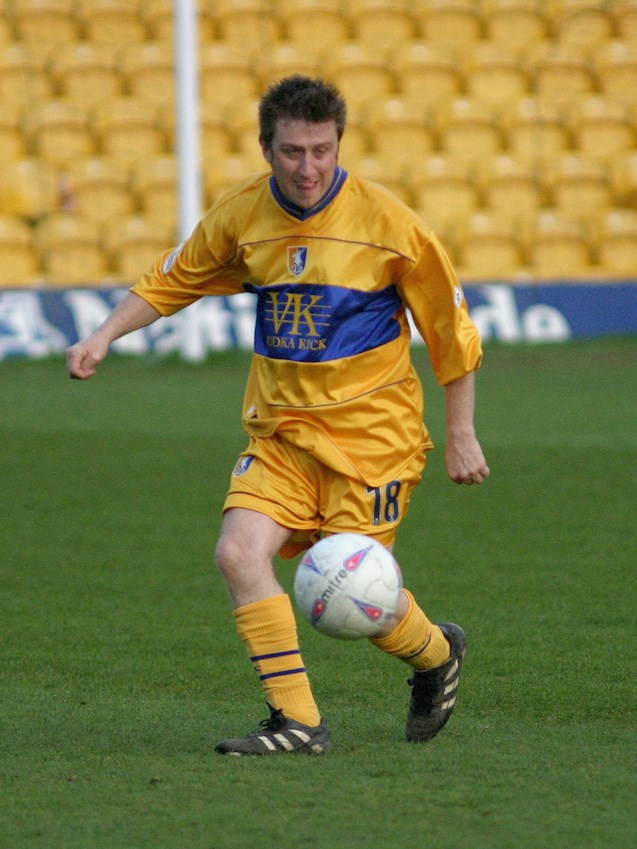 On another occasion, away at Preston North End, the team coach came to his aid after a run-in with a ‘lively’ section of the Deepdale fanbase.

“I remember when some Preston supporters were standing up in front of the press box before kick-off. We couldn’t see much. Nobody in the press box seemed like they wanted to say anything but I had a job to do.

“They looked a bit lively but I knocked on the window and asked if we could have a bit of a gap so we could see some of the game. They kicked off and threatened me through the window saying they had paid for their seats, they could do what they wanted. We hadn’t paid, we were scum and parasites, they said. They got more and more angry and said ‘we’ll have you afterwards’.

“I thought nothing of it until I got out the ground at the end and all of a sudden these Preston fans appeared and shouted ‘get him’. They started chasing me around. Luckily, in those days, I was a bit quicker than I was now. I was a sort of flying winger. They struggled and I was on the team bus before they could get to me.” 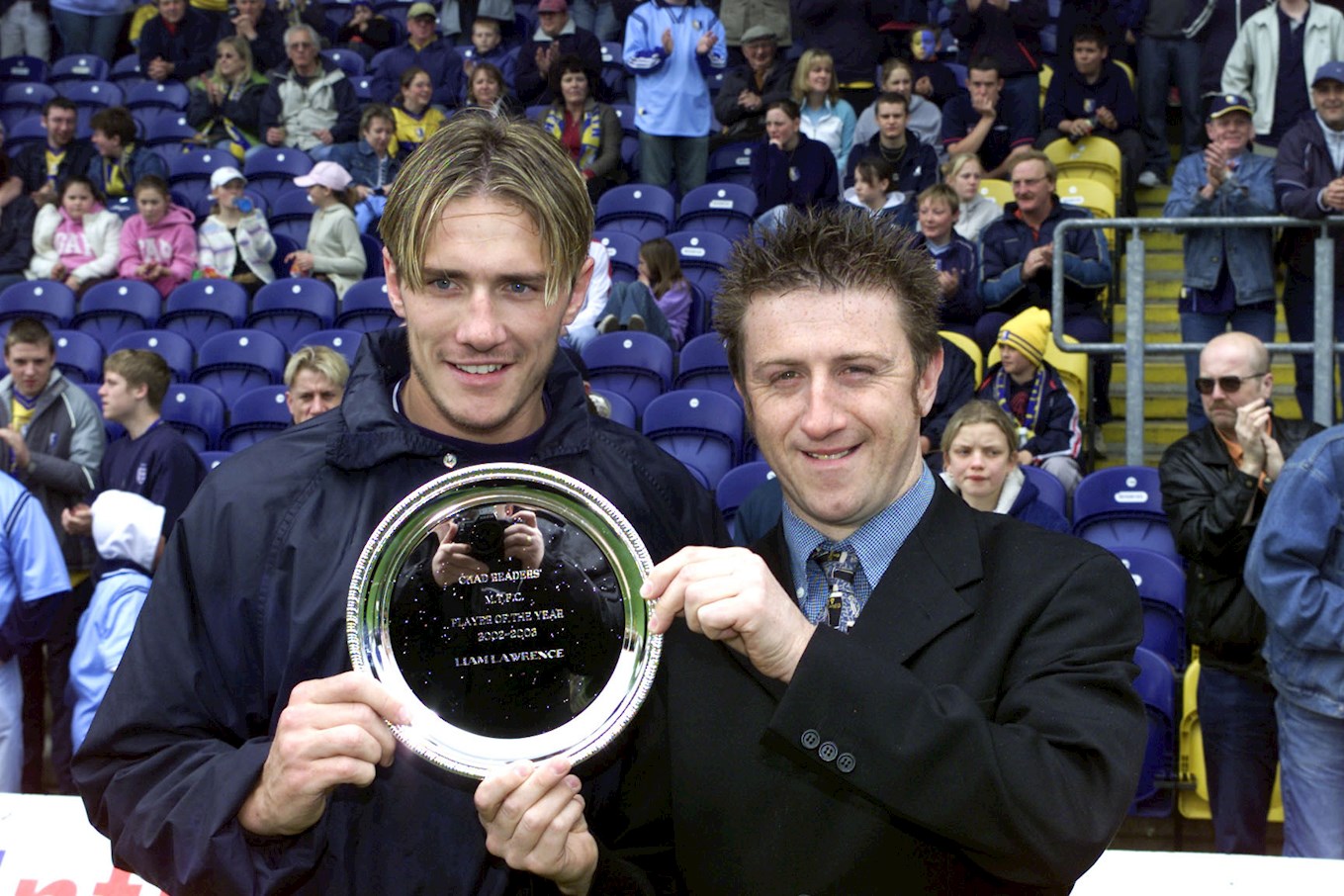 The respect and trust he has earned with the Stags’ first team managers throughout the years almost earned him a story which any local football correspondent could have only dreamed; a first team appearance for the club on whom he reported.

In the Stags’ pre-season tour of Ireland in the late 1990s, then-manager Steve Parkin invited John to train with the first team before posing a question which few reporters have been asked before or since.

“Steve took me aside after the week and said ‘you’ve trained with the players this week, you’ve been involved in it all and I really want you to get involved in the last game against Galway. I’m going to put you on the bench and give you 20 minutes at the end.’

“It would have been fantastic to pull a proper Stags' shirt on but unfortunately I stretched, having not warned up properly, and pulled my calf. I couldn’t play football for another four to five weeks and missed out on the big moment.”

Well-known and liked by staff at One Call Stadium, John visits the club in the week to gather the latest news from the Stags.

Characteristically dressed for news conferences in his colourful choice of socks and snazzy shirts, typically John will interview the manager and a player, before deciding on the appropriate story for his back page of Wednesday’s edition of the Chad, Mansfield’s weekly newspaper. 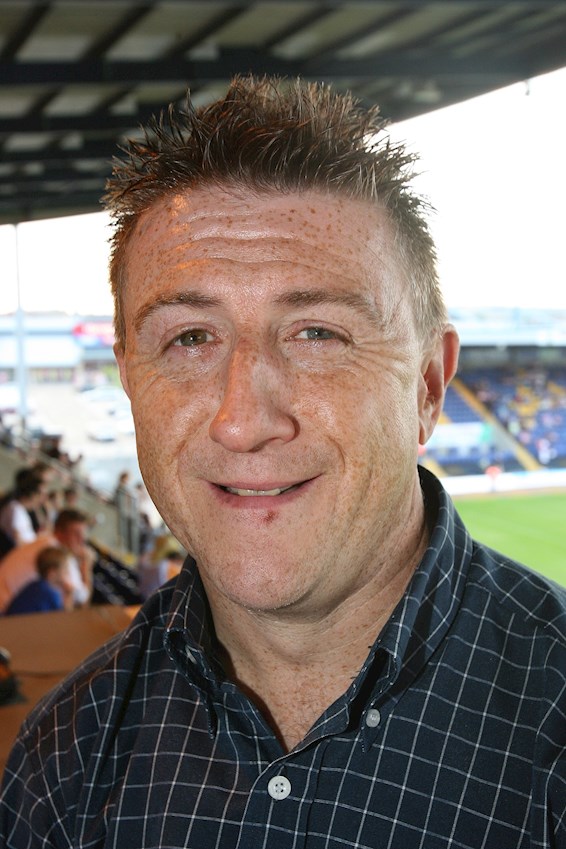 “I think I’ve done a decent job chronicling what’s happened to the club over these 30 years,” he says.

“It’s always with a slight Mansfield bias as you grow to love the club you’re covering and you try to do your best by them and the supporters who buy your papers and read your websites.

“You can’t please everyone all of the time but ultimately I do it as I see the best way of doing it. Generally speaking, most people seem to like it.

“All in all, it’s been a fantastic 30 years, a rollercoaster as it is at any football club. You’re on that rollercoaster with the whole thing, whereas a lot of people just keep in touch with what’s happening and come to the games on a Saturday.

“It’s been a great way to spend a working life. I can’t think of anything I’d have rather done.

“I know people who have gone on to cover the big clubs and they get impressive hot food pre-match in luxury press boxes with monitor screen to go back and check the goals, which we don’t get the benefit of at our level.  But I think our level is a much more honest level, a great level to travel around the country to see towns and cities you’d never see otherwise and meet some great people who I’d never have met had I not covered the Stags.

“It’s been a travel log as much as a football job. You get as much out of life as you possibly can and this job gives you that opportunity if you want to.”