Mansfield Town’s first team aren’t the only ones seeking glory this season – the club’s youth team also have their eye on sealing success.

At the start of March, the teenage Stags were lying sixth in the EFL Youth Alliance North East table after a disappointing run of results in the early part of the New Year.

But three wins and two draws has since restored hope that the title can be won for the fourth year in a row, after top-of-the-pile finishes in each of the three previous seasons.

Were his team to pull it off, that would represent a ‘tremendous achievement,’ insists academy manager John Dempster, who has been impressed by the resilience demonstrated by his players.

In other years when winning the league, the Stags have been able to call on a largely experienced crop at the older end of their age group.

This time, though, Dempster has moulded a team consisting mainly of first-year scholars who have gradually adapted as the season has gone on and improved to the point where they are now in the mix to lead their division come full-time of the last game against Scunthorpe United on Saturday 04 May. 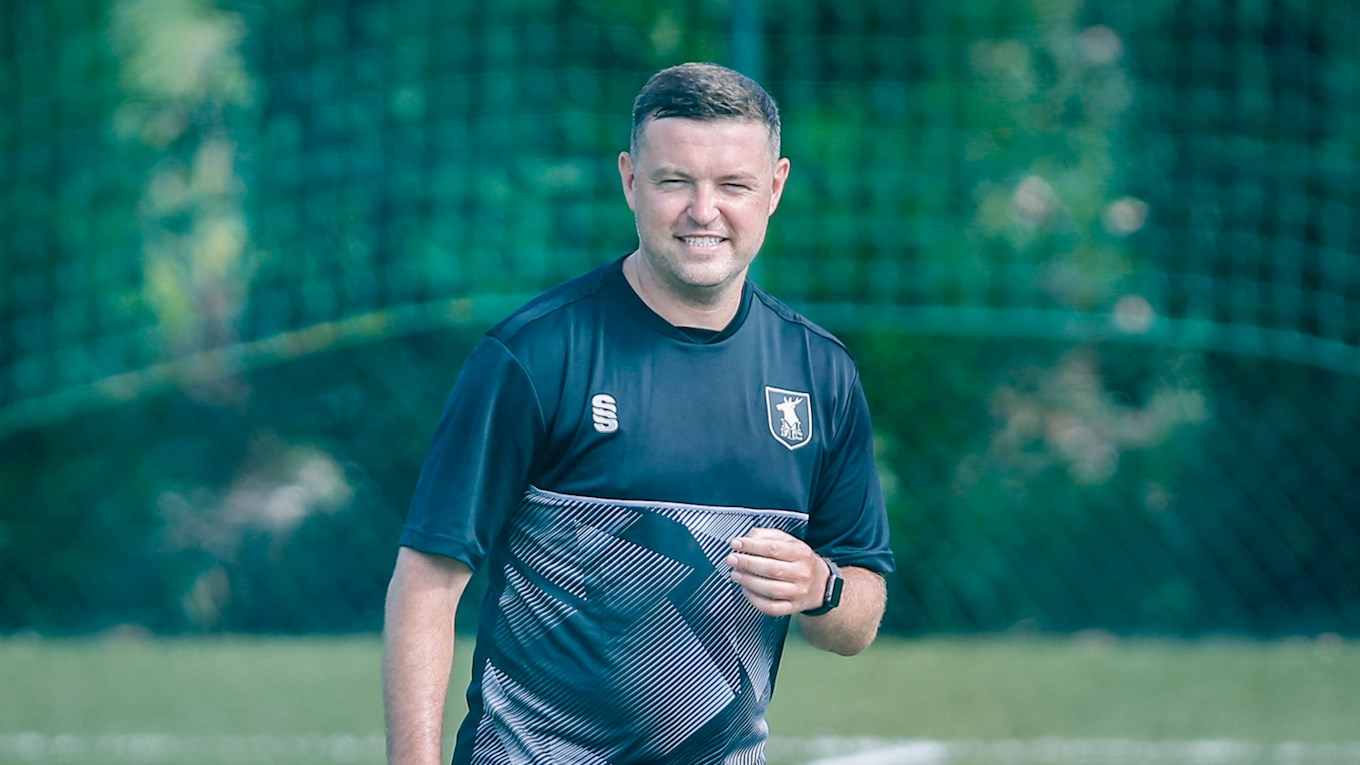 “It’s been a really positive season where, as a group, the team has come on in leaps and bounds, especially when you look back at where they were during pre-season,” he says. “The players are now performing at a much higher level.

“We are really blessed with some very good attacking players, which has been reflected in some of our performances and results. I think we are the highest scorers in the league and we try to mirror what the first team are doing by getting the ball down and playing out from the back.

“To be up there competing for another league title is credit to all of them, even though, in our eyes, as management, it isn’t all about results. You want to see development of players ready for first-team football – that’s the most important thing – but at the same time, you also want to see players in a winning environment and one that pushes them as well.”

After three wins and two draws in recent outings, Mansfield have moved up to second in the table, with three games left in their campaign to come against Bradford City, Burton Albion and Scunthorpe United.

The Stags trail league leaders Doncaster Rovers by just a point,and in a tight division, all is still very much to play for.

Dempster says: “We have hit some form at the right time following a difficult spell for us after the Christmas break.

“We were outstanding early on in the January game against Oldham to run out 4-0 winners, but we then lost three games in a row, which set us back a bit, even though the performance levels were quite good.

“In all three games we were in front, but were made to pay for individual errors. You try to cut them out as much as you can, but with young players, whether they are at under-8s or under-21s, the key thing is to give them the opportunity to learn from them.

“It would be fantastic to win the league again, but it’s also exciting to see what some of these first-years can do when they come back for their second year, whether that’s with us, playing for the reserves, or out on loan.”

Recently, during Mansfield’s 4-1 victory at Exeter, two young players, one a youth team regular and the other who has already made his way along that pathway, were given a chance to travel with the seniors to St James Park.

Jimmy Knowles – who scored four goals in a recent reserve game against Port Vale – was an unused substitute, while Zayn Hakeem got on to make only his second Football League appearance, replacing forward CJ Hamilton in the closing stages.

“Things like that send a wave of positivity through the academy set-up,” enthuses Dempster. “Zayn has been in our system for a while and has done so well to come back from a long-term injury, showing his mental strength. His appearance at Exeter will give the medical team a real sense of satisfaction. 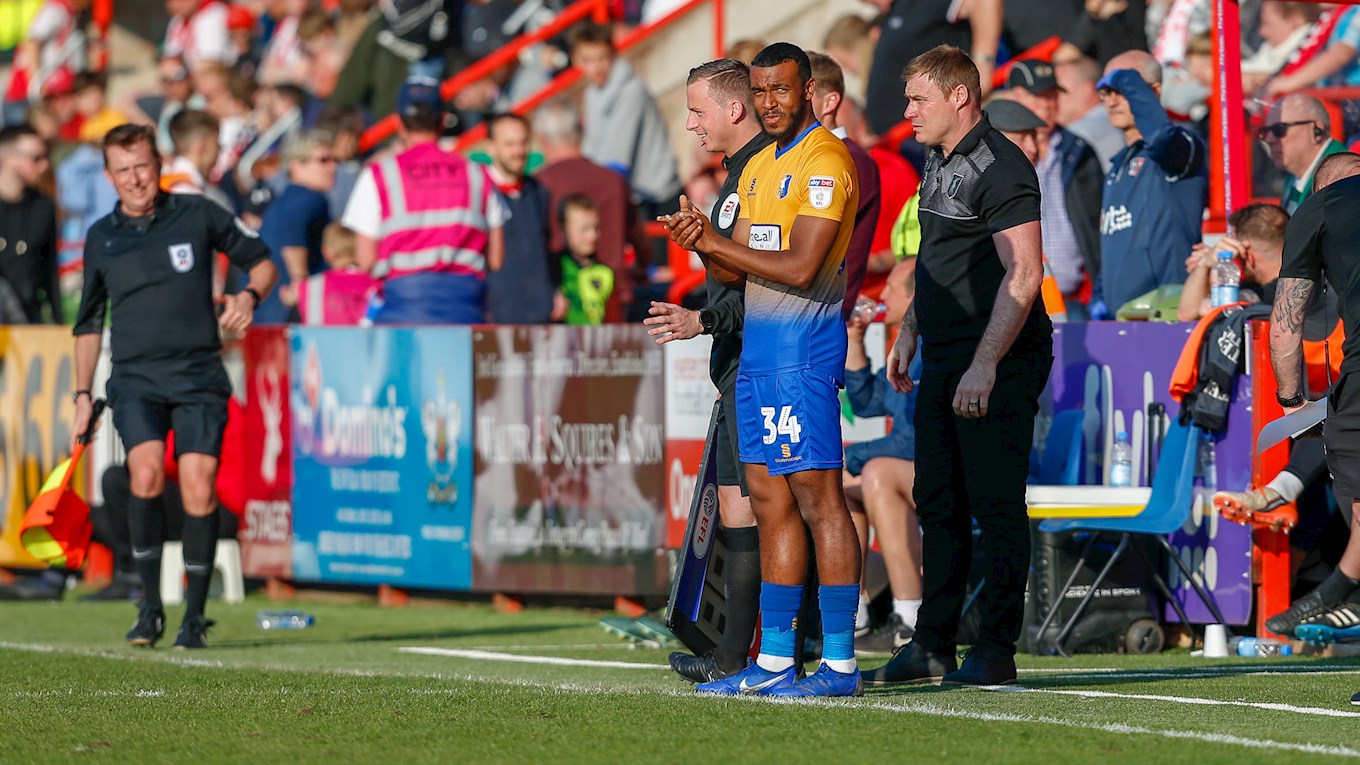 “Jimmy is not quite ready for the first team yet, but he deserved the call-up because of the string of outstanding performances he has put together and the goals he has scored for the youth team and the reserves over the last few weeks.

“He has a superb attitude, day in, day out, on and off the pitch, and it shows everybody that if you keep doing things in the right way then you will be rewarded."

As someone who is always keen to develop his coaching, Dempster has this season been delighted to go on an Elite Academy Manager’s course, attended by representatives of the different Football League clubs.

He is thankful to the club for giving him the opportunity and feels some of what he has picked up has been valuable in his day-to-day work. 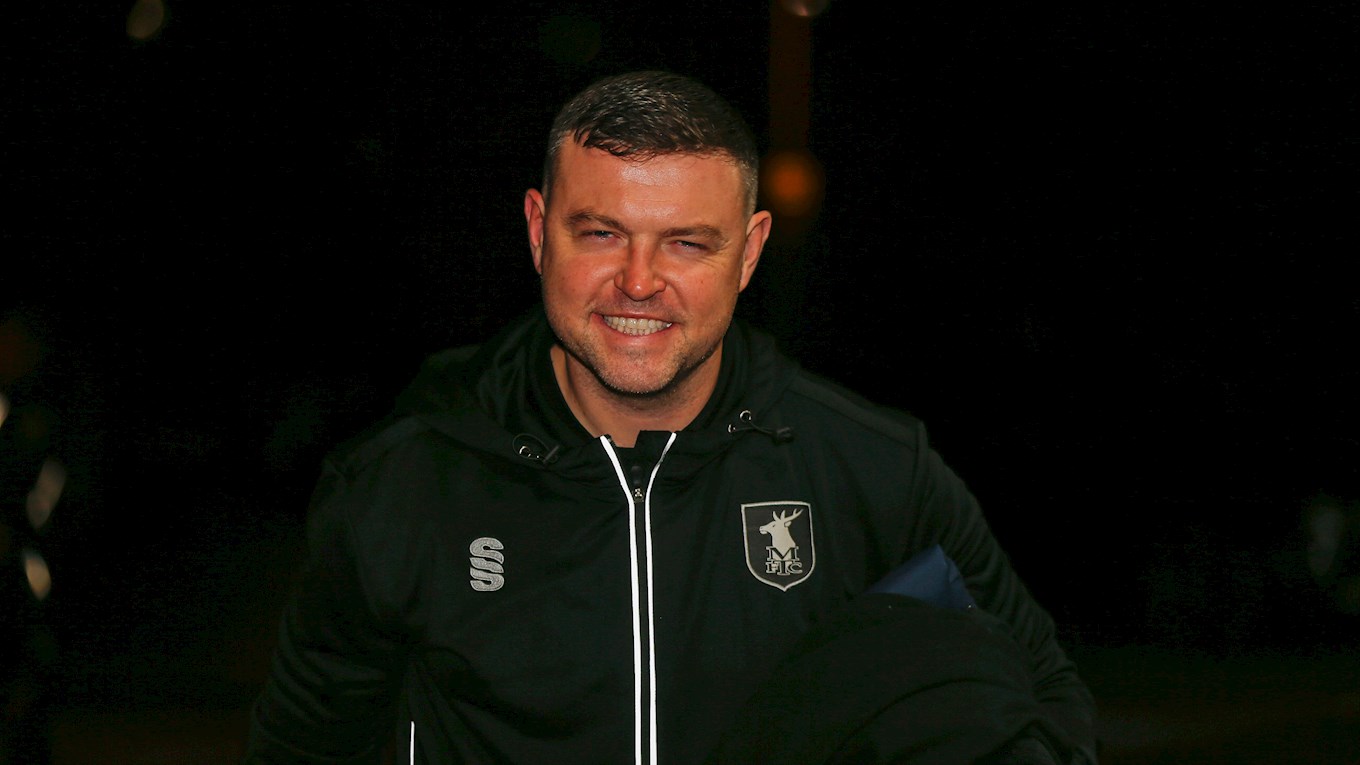 “The course has been a real eye opener for me and given me the chance to tap into the knowledge of some of my contemporaries in football,” says Dempster.

“It’s down to the chairman and directors that I’ve had the opportunity and I’m grateful that they see things like this, and the development it brings, as worthwhile.

“It’s been a challenging season for me – every cohort of players has its strengths and weaknesses and different personalities – but I’m very happy with the overall application and willingness to learn that I’ve seen.”

It’s been a while since Mansfield fans saw a player come through the ranks to play first-team football at One Call Stadium on a regular basis, but Dempster is quietly confident that will happen sooner or later.

He points to the increasing number of young players who have secured first team minutes this season – Lewis Gibbens, Alistair Smith, Jordan Graham, Jason Law, Nyle Blake among them – as evidence of why that kind of breakthrough is on the cards, while adding that because of the first team management staff, the link between the academy and senior side has ‘never been stronger.’

Dempster predicts: “We have a number of players now who can go on to affect the Mansfield first team in the future, as they have already started to do.

“In previous years, the management structure meant that there was only really a short-term vision, but now we have a management team that are looking long-term and will give young players a go when it’s merited.

“We have a manager [David Flitcroft] that has a long-term vision for the football club and has a history of developing young players at his previous clubs. 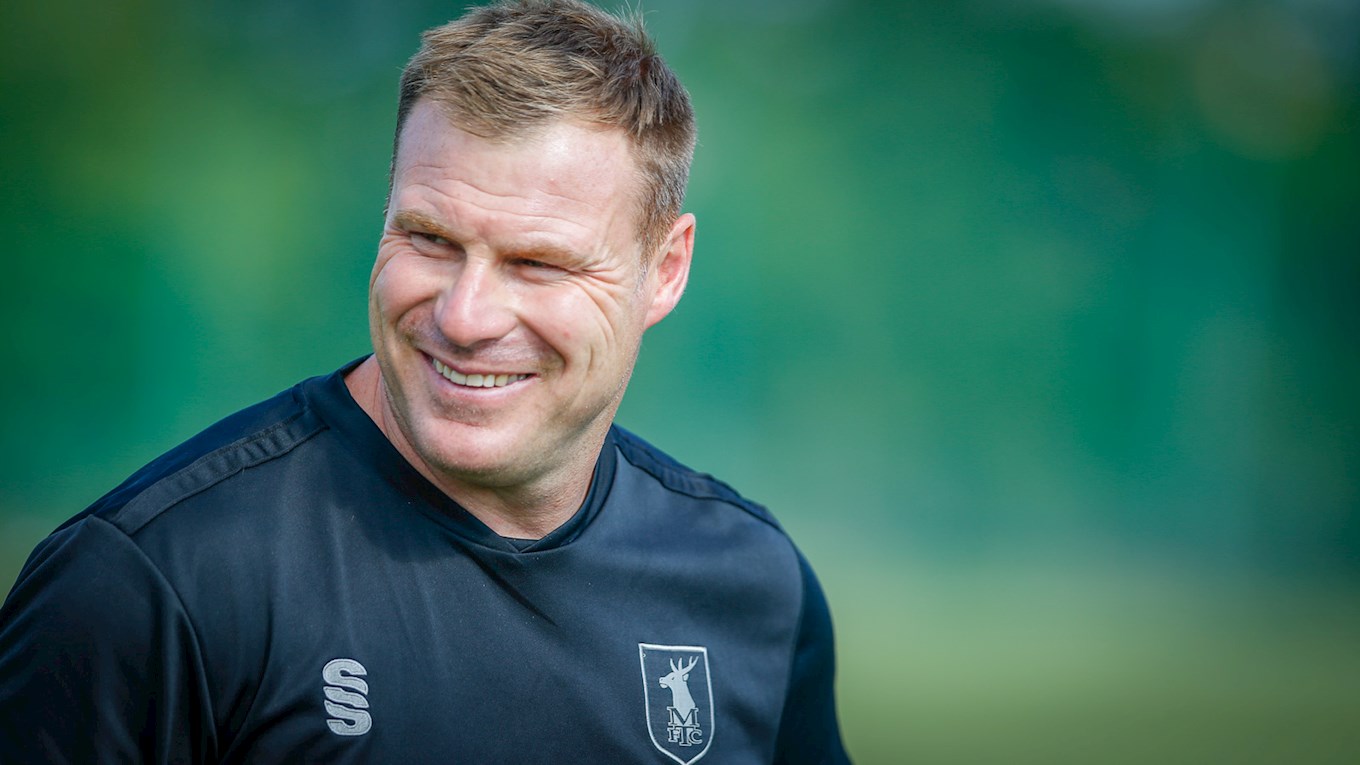 “As an academy, it’s been great to tap into his knowledge of player development, as he has a real passion for developing young players.

“A good example of this is Jimmy Knowles, who still has a long way to go, but shows that as a club we are all singing from the same hymn sheet.

“The link has never been stronger between the academy and the first team.”


Former Academy midfielder Jonty Bouch has been accepted onto a football scholarship and business degree course at the prestigious Loughborough University, the club are pleased to announce.


Mansfield Town under-19s are at home this Saturday for a Youth Alliance League fixture against Rotherham United at RH Academy (11am kick-off).


Mansfield Town under-19s begin their 2022/23 Youth Alliance League season this Saturday in a fixture against Lincoln City at the Elite Performance Centre (11am kick-off).