PC Carl Gabbitas took up his role as the club’s dedicated football officer for the final time on Saturday, after 18 years of service.

Carl, of Nottinghamshire Police, started working with the club as a ‘spotter’ in 1994, a role which helps provide live and relevant information to the police’s football operation, whilst also giving intelligence on supporter groups.

He became the Stags’ dedicated football officer in 2001 (previously known as football intelligence officer), delivering information and intelligence to his superiors to help minimise the impact of anti-social behaviour, violence and criminality at Mansfield matches.

“It’s about speaking to the club you’re playing and gathering any intelligence to let us know about any potential issues that may arise on a matchday and relaying that information to the commanders.

“They will then make decisions on policing, between none and high-risk games, which are staff intensive.

“It’s about managing what we’re told and making sure we get it right on the day and that everybody is as safe as they can be.

“We know football results are important, but our goal is to not have any incidents, arrests or any anti-social behaviour. It doesn’t always work out that way, but that is our plan.” 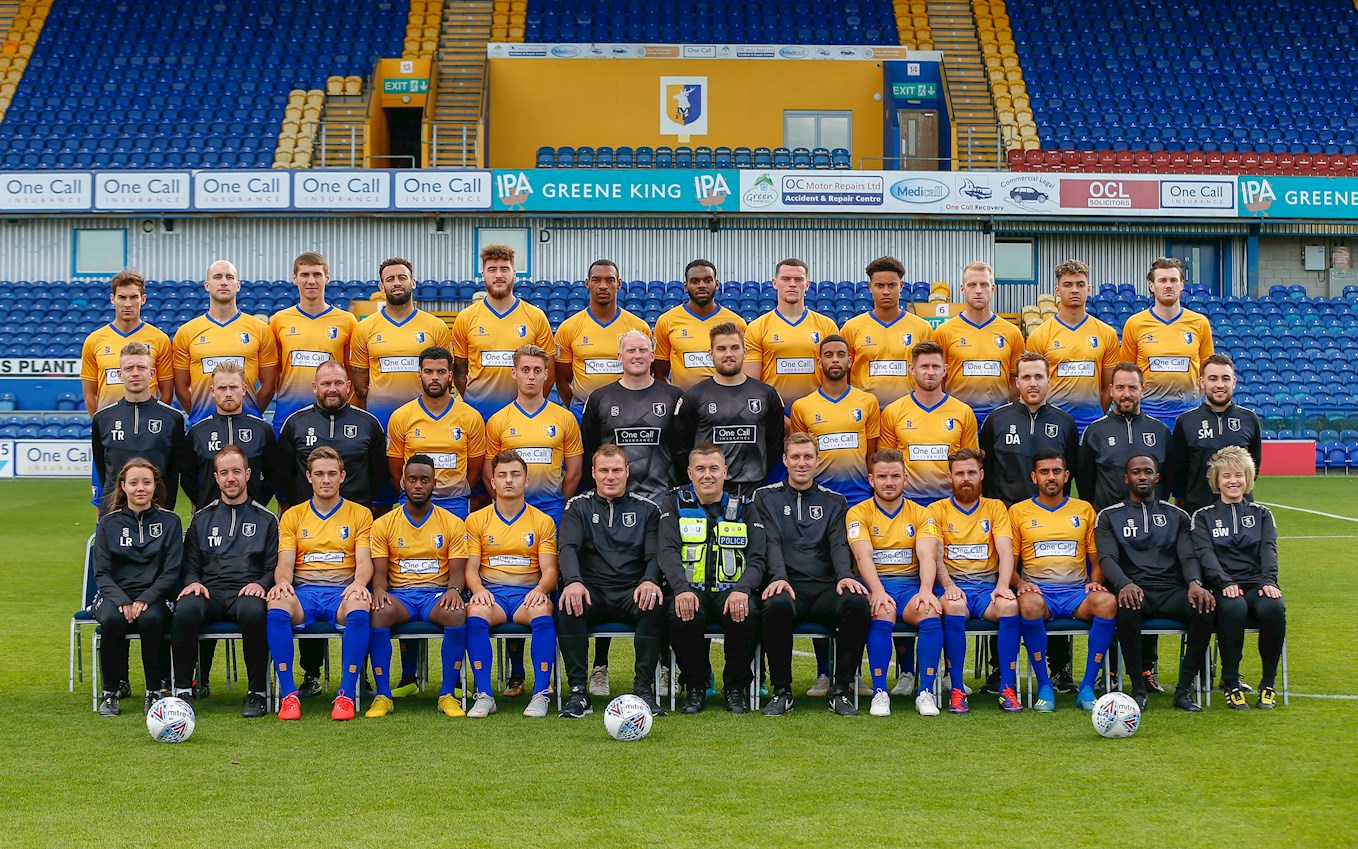 A light-hearted legacy of Carl’s will be the gate between the Ian Greaves Stand and North Stand, which has been jovially renamed ‘The Gabbitas Gate’ by some Stags’ supporters, following the decision to close it on matchdays for purposes of safety and ease of congestion.

“I don’t know what they will call it when I’ve gone,” he smiles.  “I find it [the gate being renamed] quite funny.

“The vast majority of fans know exactly why we close it. It’s to stop any sort of drama at the back of the away end. People may not like it, but it does work.

“The reasons for doing it are with safety in mind. We don’t do it to wind people up or to make them walk further; that’s not in the plan. The plan is to prevent people of a like-mind from getting a lot of people in trouble or maybe injured or worse. It’s to prevent that and nothing more.”

Carl explains what’s involved prior to a matchday.

“Ahead of this game, we’ll receive any final assessments from the away side (Cambridge) and deal with what they tell me, which may mean altering staffing levels.

“In the rest of the week, we’ll be preparing what we need to send to Northampton (Stags’ next away fixture on Saturday 13 April) so they know what to expect.

“We start a month in advance preparing for an away game. We carry out several assessments and for example, we’ve been speaking to Northampton for six weeks or so as it’s usually a game which is well attended.

“We look to make sure we have the right amount of people in the right areas to have a trouble-free event.”

Like every professional football match in the country, matches at One Call Stadium are categorised using a national model:

“We police fixtures based on a small percentage. It’s not based on an opposing club, their stature or their history, it’s centred around on what problems could be encountered.

“We can now give them better information since the role had become dedicated, whereas in years gone by the role has been dominated with other duties.”

Unsurprisingly, Mansfield’s local derbies have been the most pressurised for Carl. 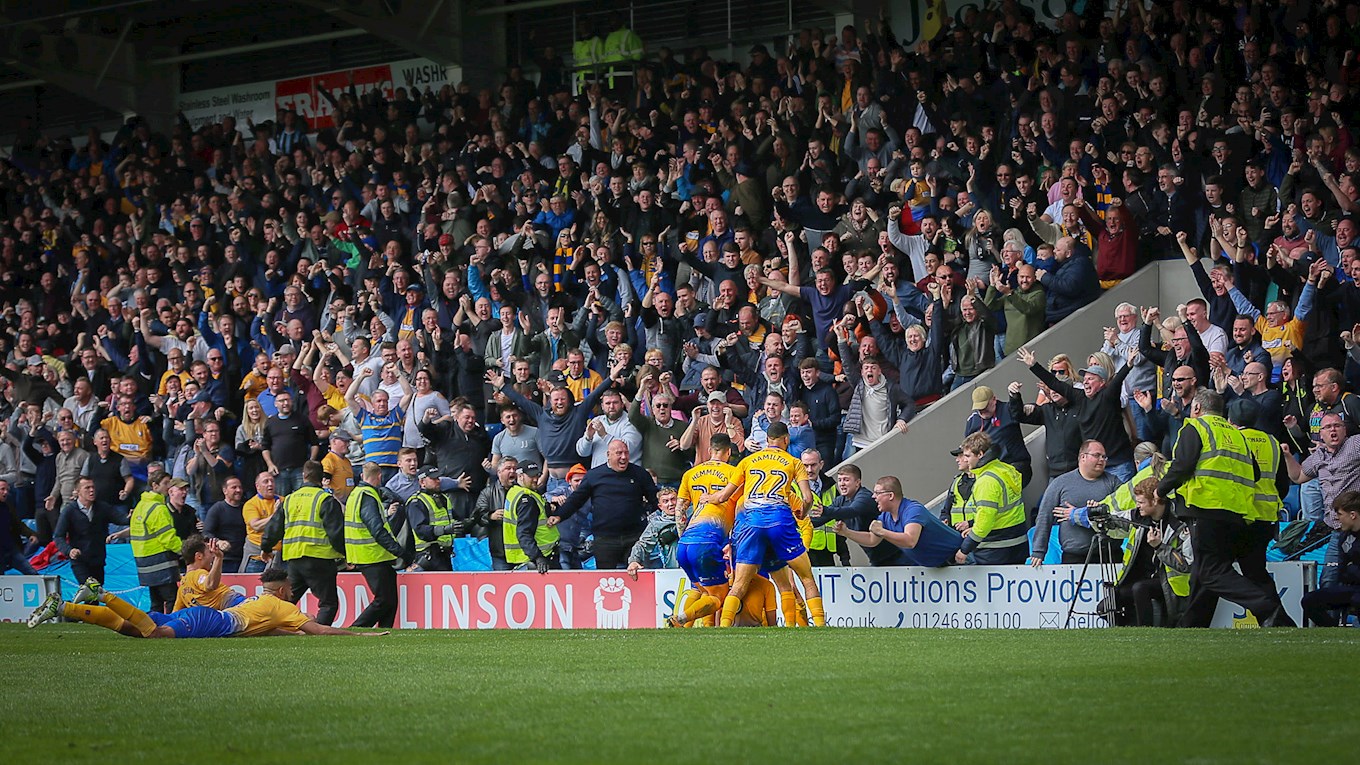 “Mansfield versus Chesterfield, for example, are the games where you’re thinking all day, every day and hoping that you get it right.

“There is a pressure of going away from home and hoping your information is right so their police commander doesn’t have to over-resource a game, when their cops could be used for other things.”

Carl expressed his admiration for the Stags’ supporters who have continued to back the club, especially in the non-league years between 2008 to 2013.

“It might sound a bit soppy but my heart bled for the proper Mansfield fans for five years for them having to go away to some of those places week-in week-out.

“The Wrexham game, when we gained promotion back to the Football League, was something special.”

“There is a pressure of going away from home and hoping your information is right so their police commander doesn’t have to over-resource a game, when their cops could be used for other things.”

Reflecting on almost two decades in the role, Carl says: “The club has got better and better, especially under the new ownership. We’re heavily involved in a great football club, with a great spirit to it. It’ll be sad to finish but time has beaten me.

“The club is run brilliantly and I don’t think any DFO (dedicated football officer) in the country could have a better relationship than the one I have with the club.

“We always put on the briefings that football matches are community events, family friendly events, where people can come and bring their kids; especially here at Mansfield with the new family room and have a great day out.  It’s about dealing with those who don’t want it to be as friendly an experience.  We never have to speak to around 98% of football fans, there’s not a need for it.

“For most games, thankfully, we maintain a presence and see that nothing is a drama. But if anyone comes with the intention of anything untoward we’re usually in a position to deal with it.”

Safety officer Alan Lakin, who has worked closely with Carl, commended his service to the club.

“Carl is a Liverpool fan at heart, however, the number of years he has spent covering Mansfield Town in his role has seen him become a Stags’ fan through and through,” says Alan.

“His knowledge of the club, players past and present, epic games, the ups and downs of the club is tremendous.

“Many supporters of the club have come to know Carl, some officially and others unofficially. He has always been open and honest with all supporters and is genuine in his efforts to help all. He is good natured and good humoured which makes him a very approachable person and police officer.

“His attention to detail when helping clubs to plan for safe football matches is known throughout the league and colleagues respect his knowledge and diligence.”

Carl was seen for the final time in his usual spot in between the North Stand and Ian Greaves Stand inside One Call Stadium for Saturday's win over Cambridge, with his successor, John Albanese, having officially taken over. 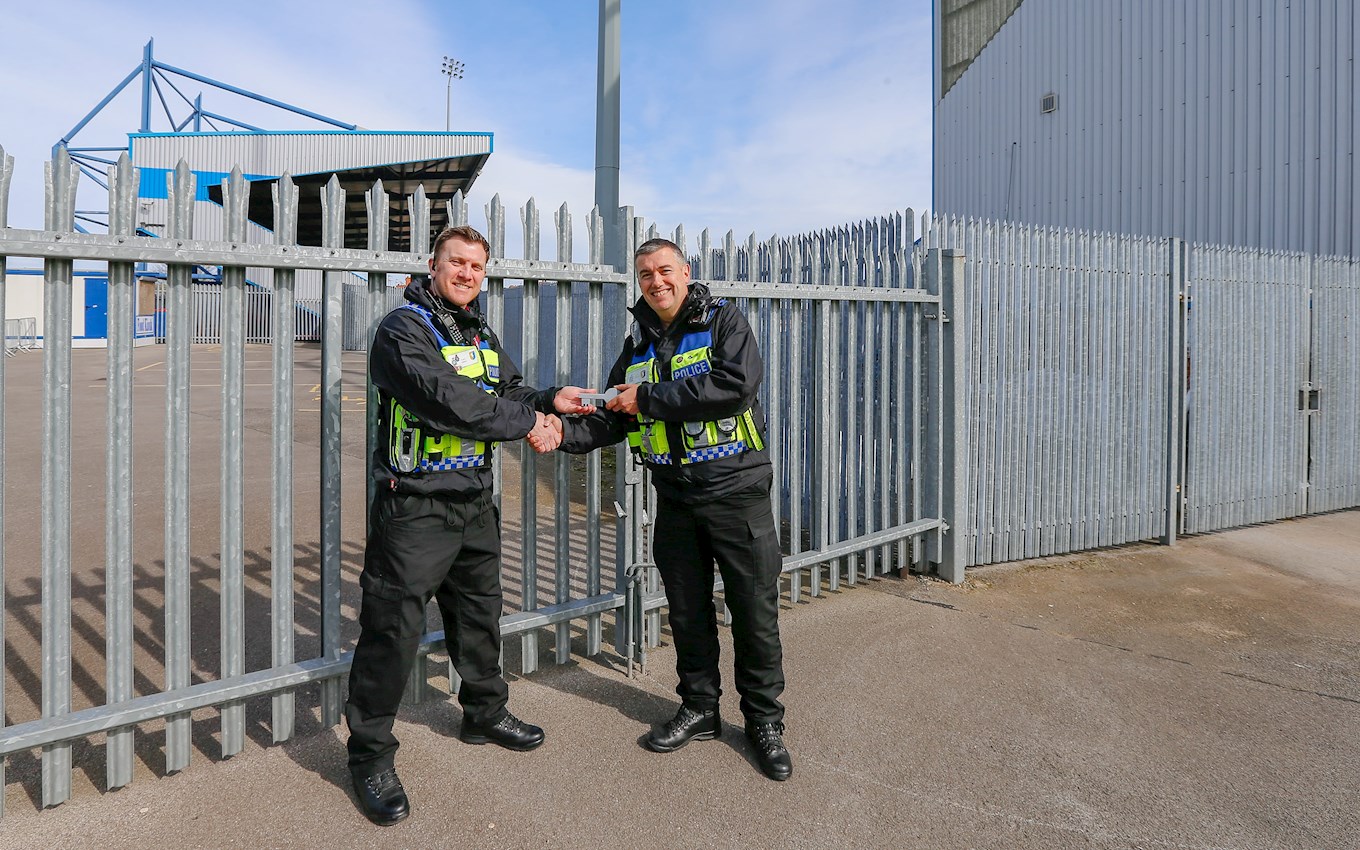 “I don’t know why, but [where he stands on a matchday] it’s one of the coldest places anywhere in the country,” claims Carl.

“I just ensure everyone inside One Call Stadium is behaving from one side to the other. I’d like to think that the Mansfield supporters have found me approachable; I’m a friendly sort of chap.

“As for the gate, I’ve handed the key on to John.”