Royal British Legion's Stags poppy pin badges are now available in our club shop in exchange for a suitable donation.

The personalised pin badges can be found in our club shop during the week, and in our merchandise stalls and hospitality suites on matchdays.

Mark Smith, community fundraiser for Nottinghamshire from the Royal British Legion, said: "We're offering the joint Legion poppy Stags pin badge for a suggested donation of £3, all of which goes towards the Poppy Appeal. 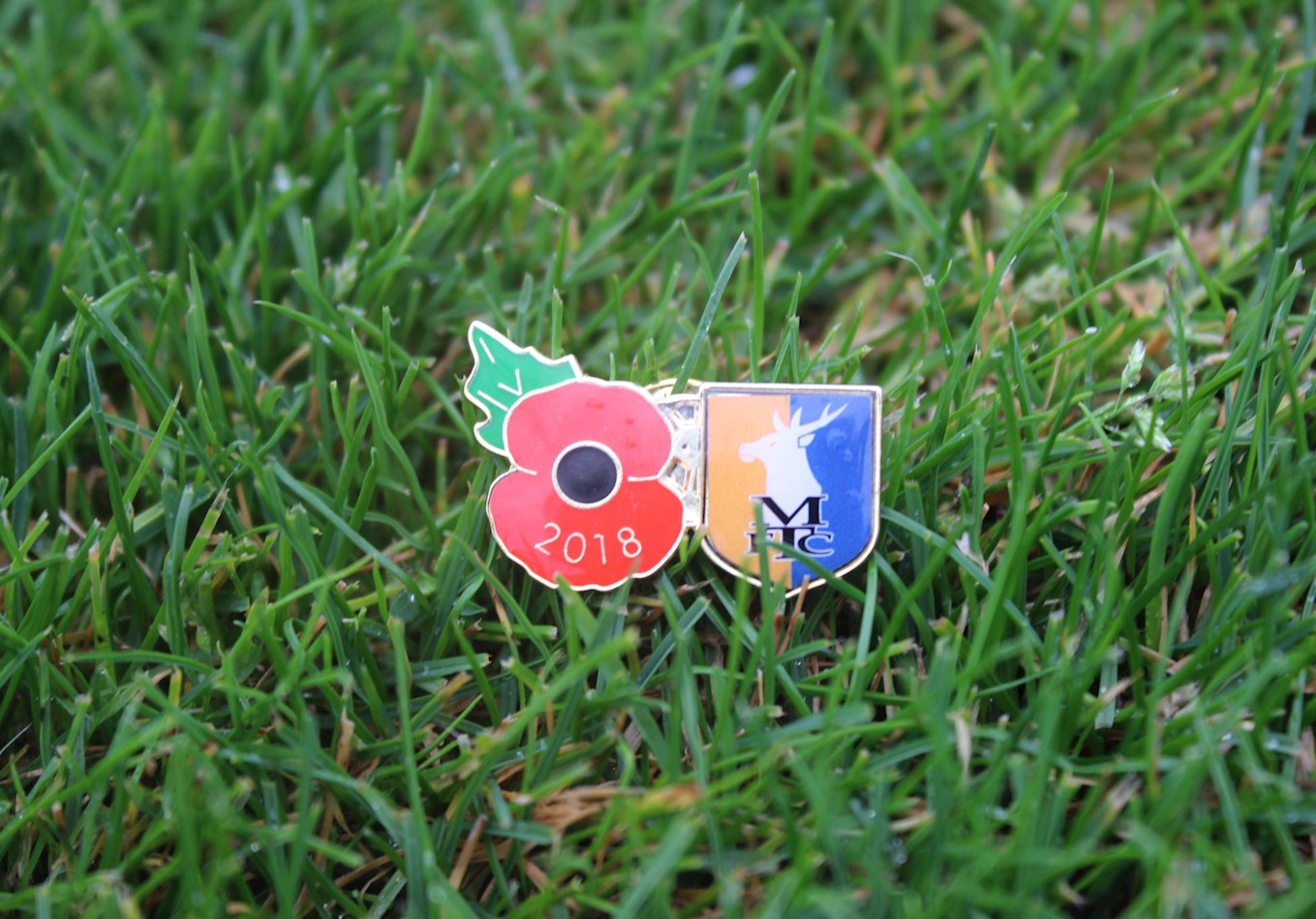 "They are available from today, and supporters can get them from club shops during the week and around the ground on matchdays.

"The Legion spends £1.5million per week on looking after our beneficiaries. It offers support and advice and looks after [our beneficiaries]. We've got care homes, holiday break centres, and we fund the The Royal British Legion Centre for Blast Injury Studies in London.

"There's an awful lots of stuff going on. There are things like welfare activities going on around the Legion for our beneficiaries.

"There are also 'Games of Rememberance' happening on 08 November, which is the British Army against the German Armed Forces! The women's game is at 12noon at Meadow Lane and the men's game is at 7pm at the City Ground."

Mansfield Town commercial manager Paul Nyland said: "We are honoured to be working in partnership with the Royal British Legion with our designated Stags pin badges.

"All donated funds will be going towards the Royal British Legion.

"We do hope the Stags' fans will wear their badges with pride! Pin badges are available now from the club shop!"